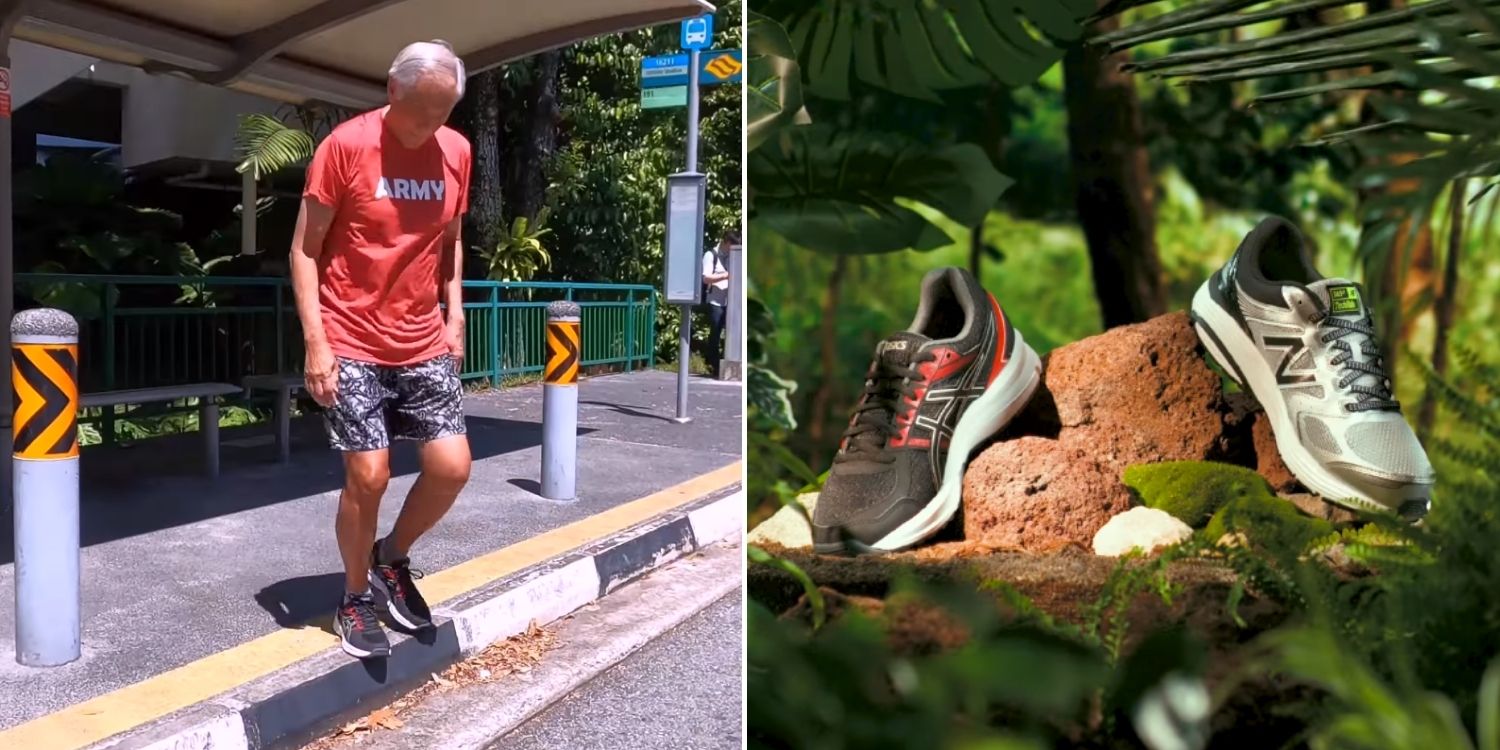 Running is a key part of the Singapore Armed Force’s (SAF’s) training regime, allowing soldiers to build up their fitness and stamina. 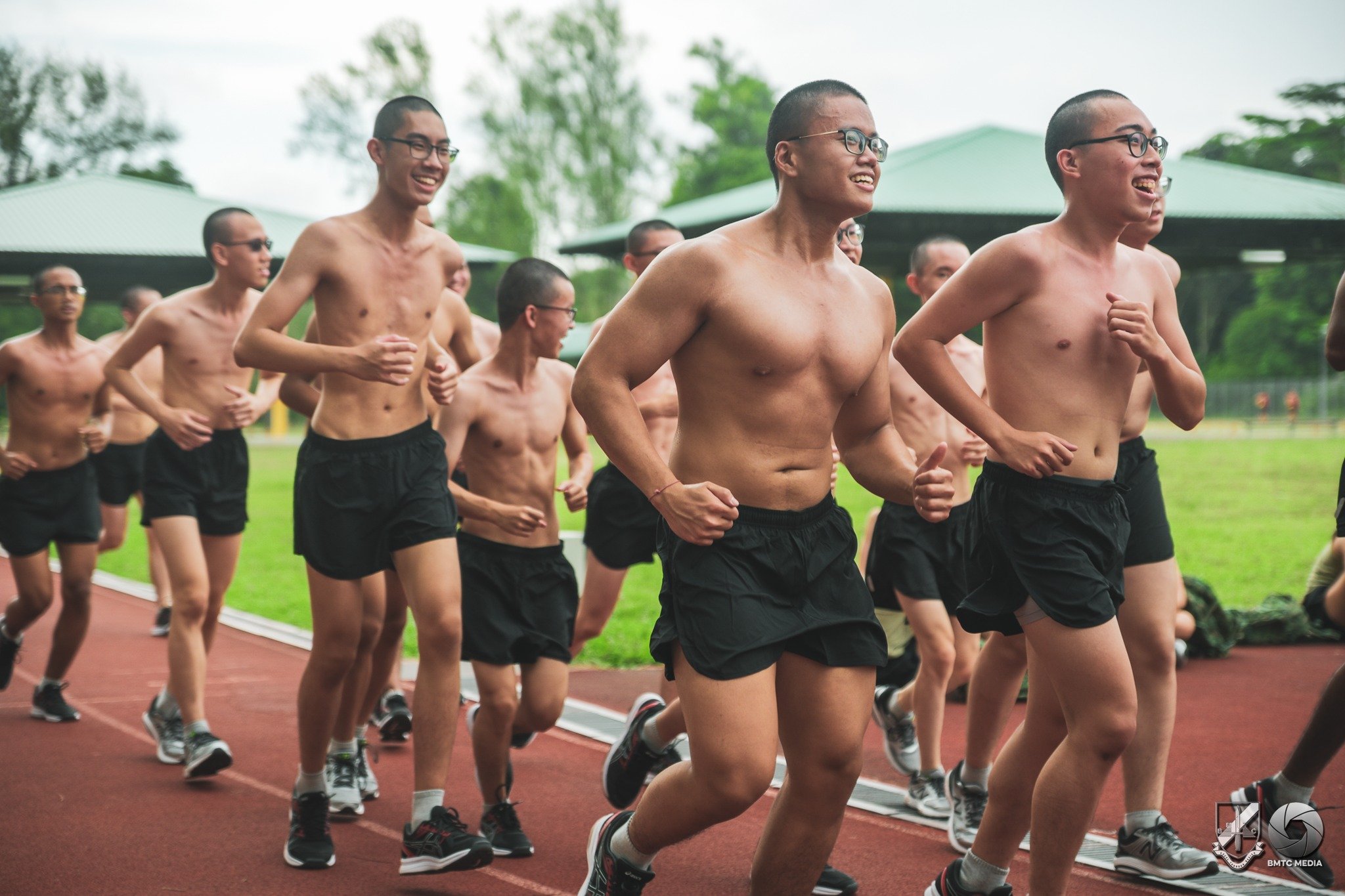 In order for them to train and run in comfort, NSFs receive SAF-approved running shoes upon enlistment.

Described as comfortable and versatile, the shoes will be available at physical and virtual eMart stores.

The 2 new models of SAF-issued physical training (PT) shoes are from New Balance and ASICS. If this eMart poster is anything to go by, the shoe has comfort, flexibility, and stability features that prevent injuries. They are also apparently suitable for runners with a low to neutral arch. 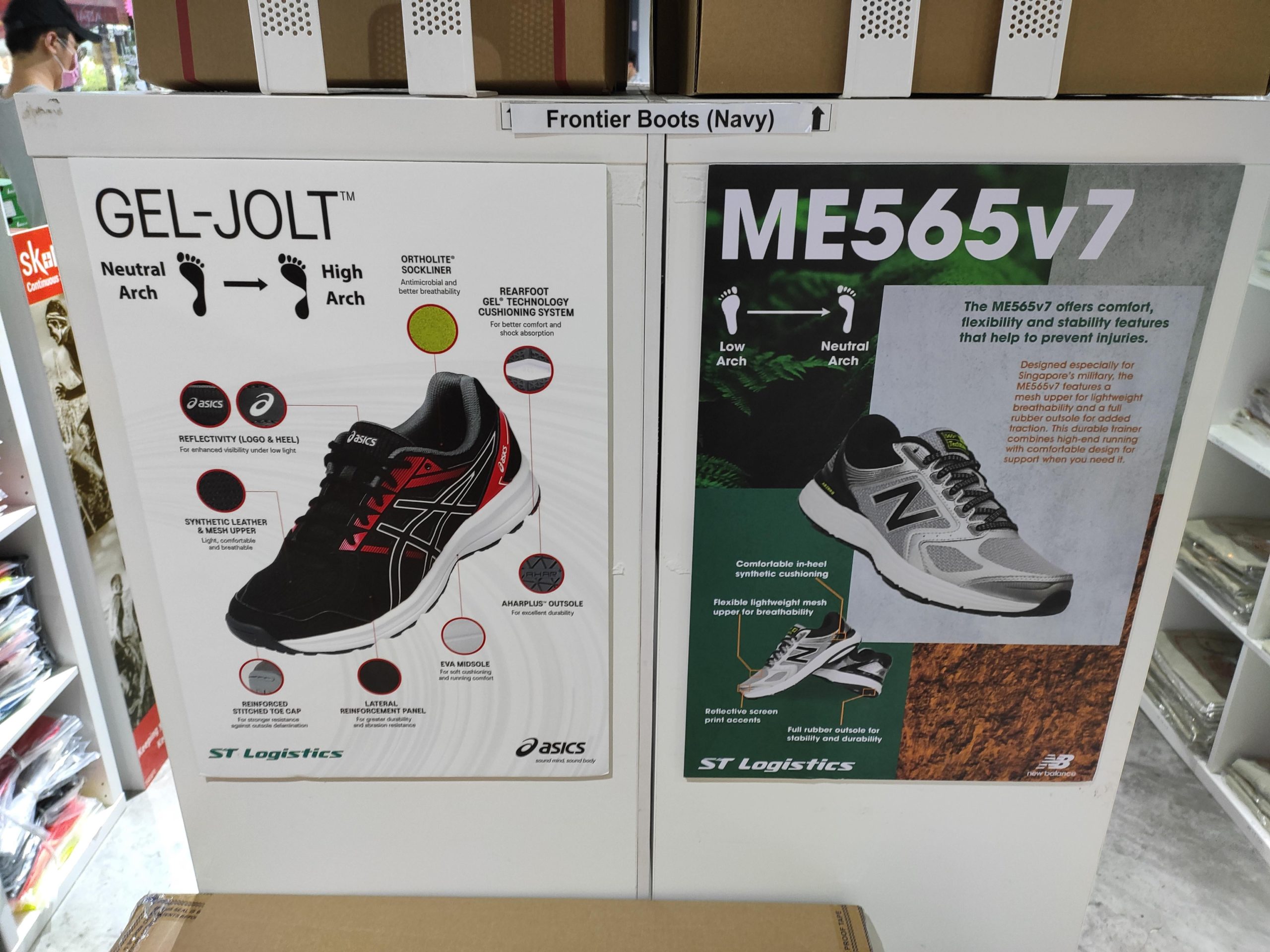 Here’s how they look on a wearer’s feet. 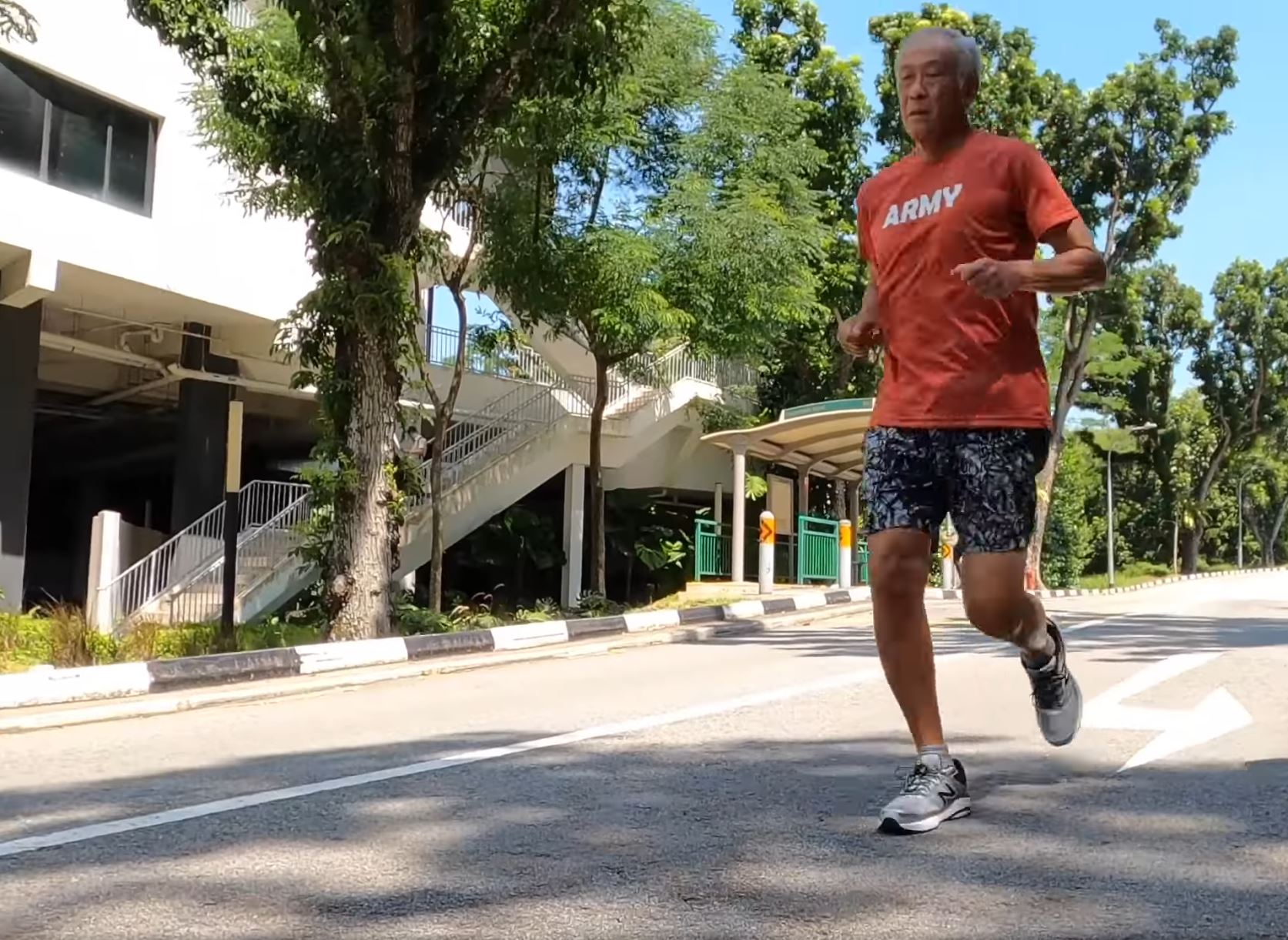 The second and arguably more popular one is the pair from ASICS that comes in a sleek black-and-red colourway. 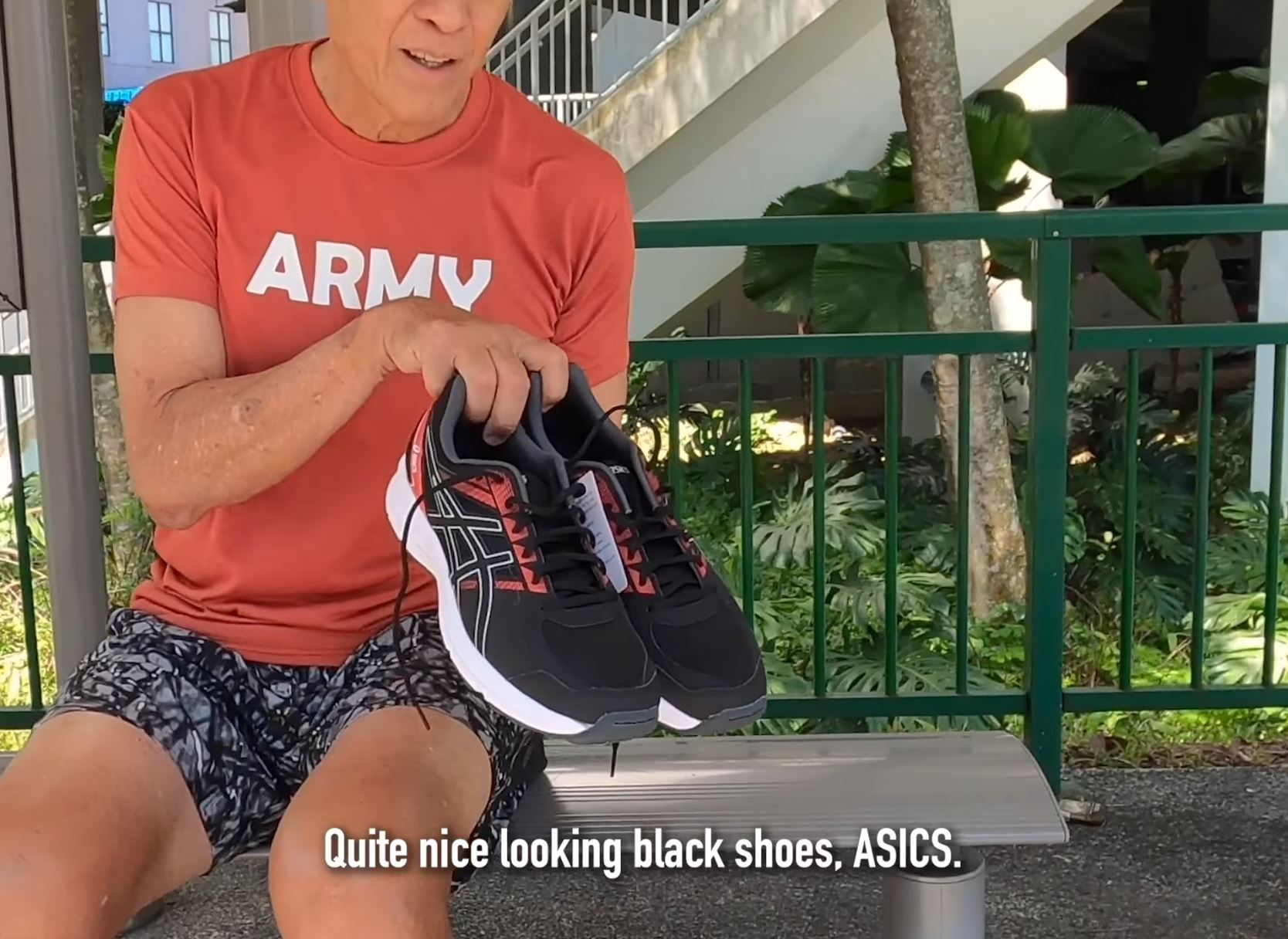 According to RUN SINGAPORE, the shoes are all-rounded and can take a tough ‘beating’.

Here’s how they look on Dr Ng, who described them as “very nice”. 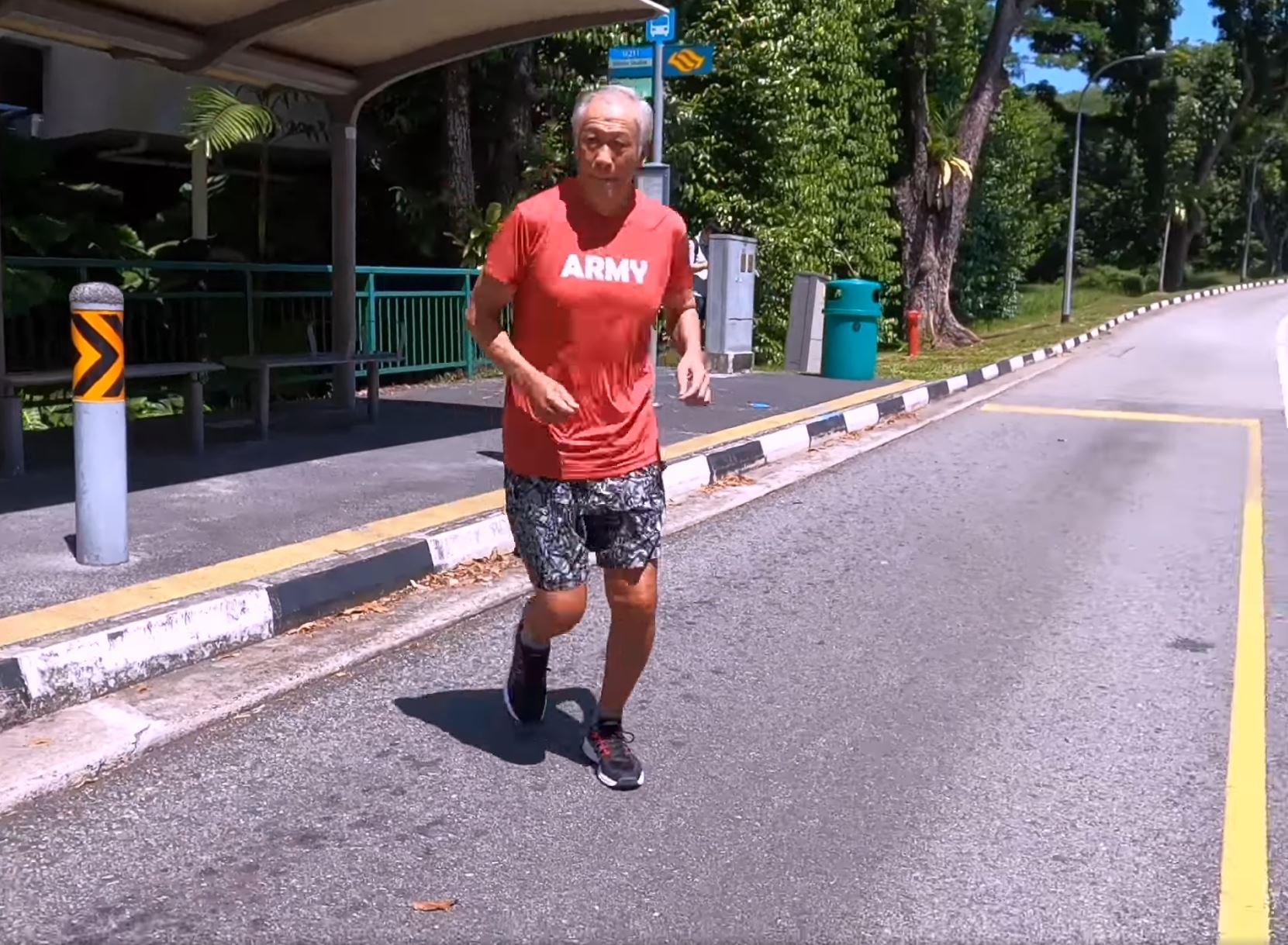 After trying them out for a bit, Dr Ng said both shoes are “very comfortable” and “feel great” both on his feet and on the tarmac.

Available to public at The Chevrons & SAFRA Punggol eMart

The shoes are currently available at The Chevrons and SAFRA Punggol eMarts, which are also accessible to members of the public.

While Dr Ng shared that the shoes will be available on eMart online from Monday (7 Feb), the ASICS model can already be found there at the time of writing, going for $35.90. 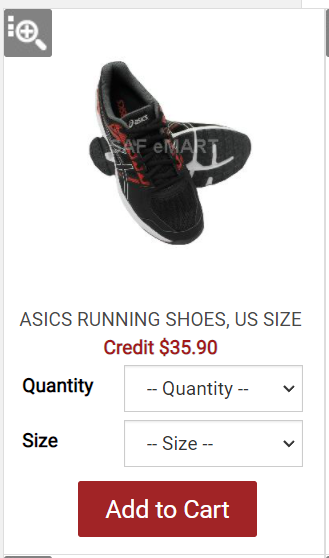 The pricing and availability of the New Balance pair remain unclear.

Nonetheless, if you’re keen on copping a pair, do check for updates regularly to avoid missing out.

Hope they’re a hit among servicemen

It’s great to see the SAF issuing brand new shoes that not only allow soldiers to train safely but also boost their morale.

Hopefully, the new designs are a hit among NSFs and NSmen alike.

Which of these pairs would you prefer getting? Let us know your preference in the comments.

Featured image adapted from Ng Eng Hen and The Singapore Army on Facebook.