Since it’s Singapore’s bicentennial year, it’s only fair to revisit a very important man in our history — Sang Nila Utama. 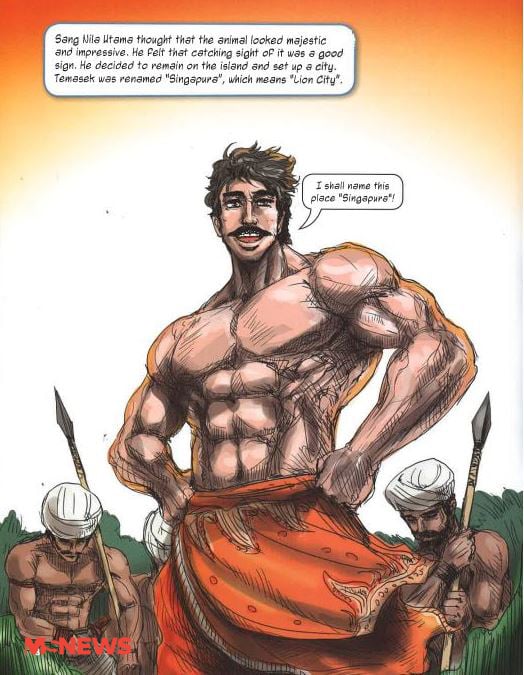 With his immaculate 6-pack and Casanova good looks, he’s probably conquered more hearts than he has islands.

But of course, the illustration was all for fun. There are no records detailing the prince’s actual physique. Even if there turns out to be, no one will want to settle for less than the impressive man above.

Okay class, get out your textbook and flip to page 3 because we’re going to learn about Sang Nila Utama. 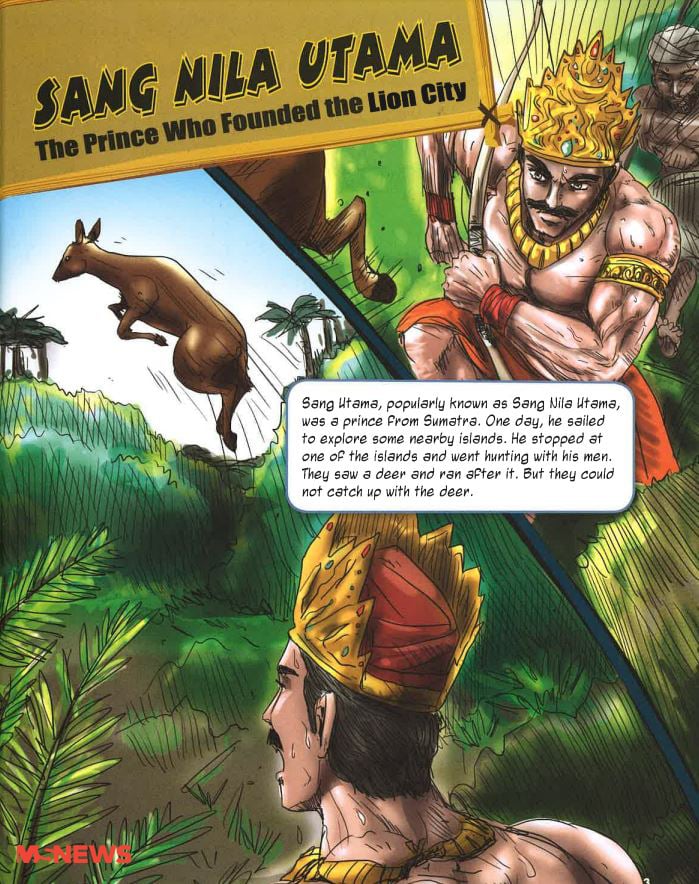 Every good story begins with “one day”. Sang Nila Utama’s story is no exception.

One day, he saw a deer and started giving chase, because that’s just what people at the time did — they chased deer. 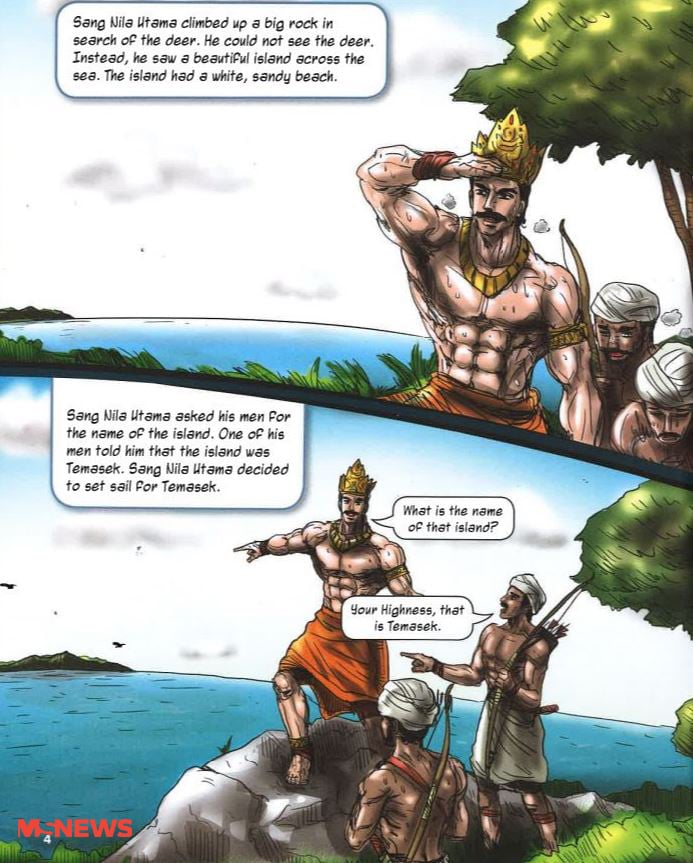 With his sidekicks, he chased the deer to the top of a hill, whereupon he stood in a picture-perfect pose. That’s when he saw our sandy, unmolested island. We’ll skip the part about their journey to the island and how Sang Nila Utama had to toss his crown because it was too heavy.

I mean, was he wearing 10kg of gold on his head? 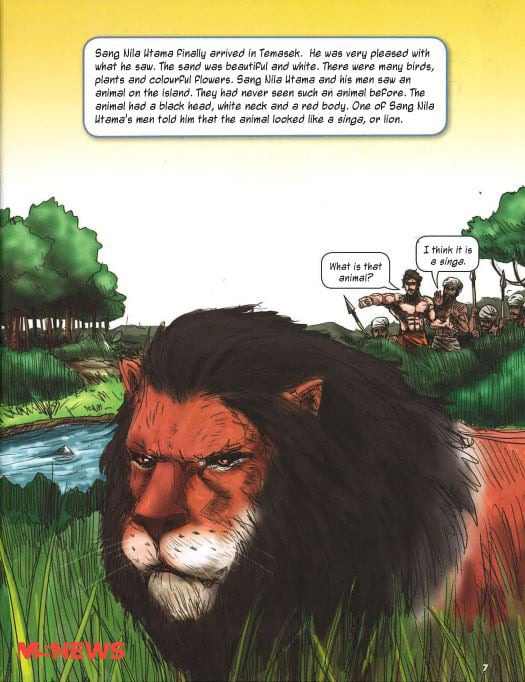 When the lot of them got to the island, they saw a lion. Well, they assumed that what they saw was a lion because according to animal demographics, there weren’t supposed to be any lions there — much less, Scar from The Lion King!

The overflowing masculinity bestowed upon Sang Nila Utama of Inquiring Into Our World 4A inspired other artists to create their own impressions of the man.

The best ones are exhibited on this online page. 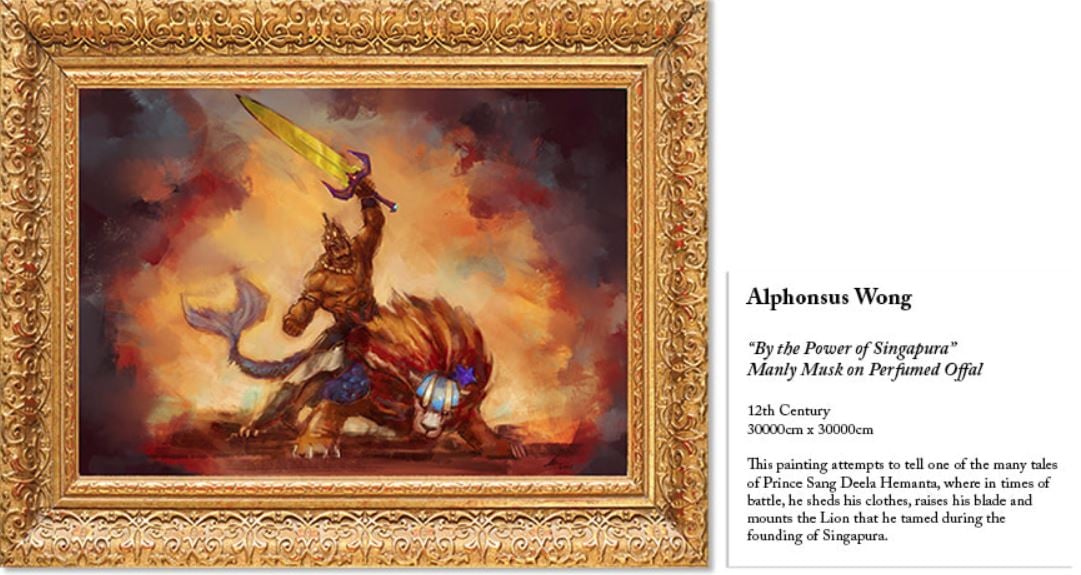 Here’s one showing the prince attempting to subdue a lion with a sword straight out of a fantasy game. 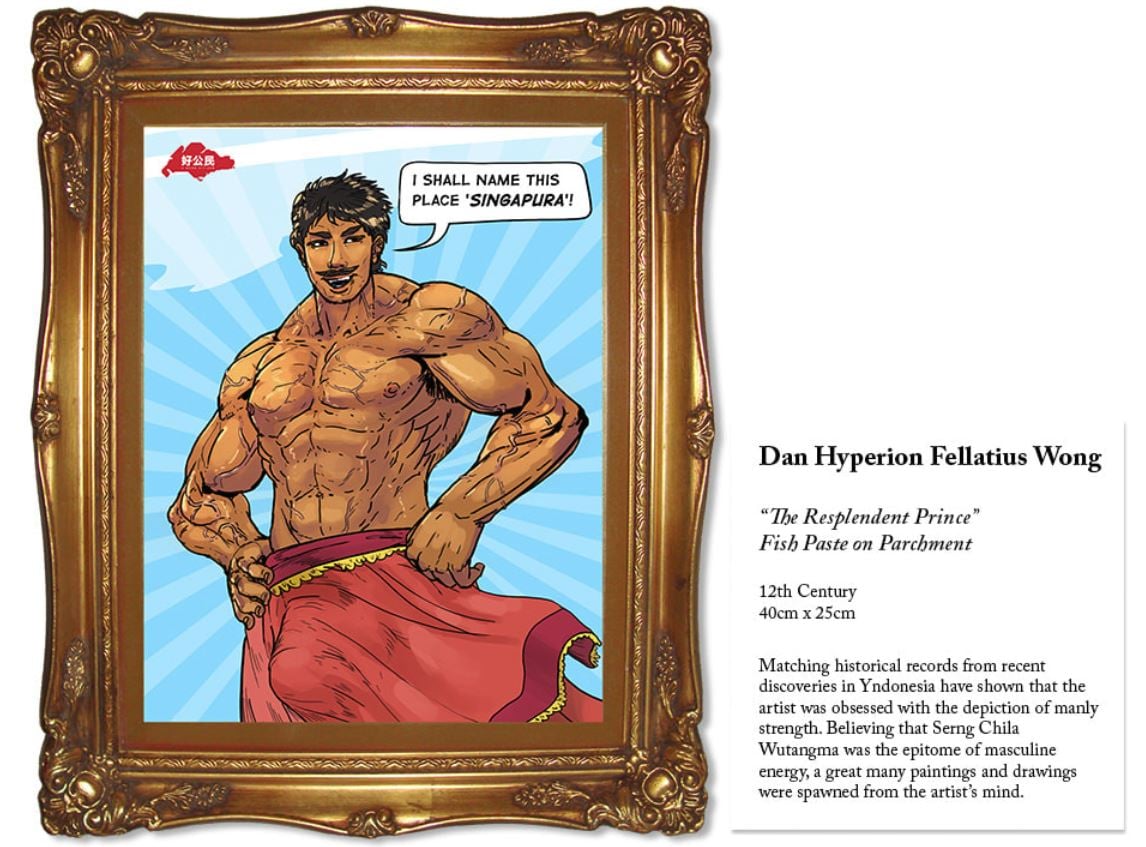 Some take his masculinity a little too far. But when it comes to art, usually nothing is too offensive.

Sir Raffles not as hunky 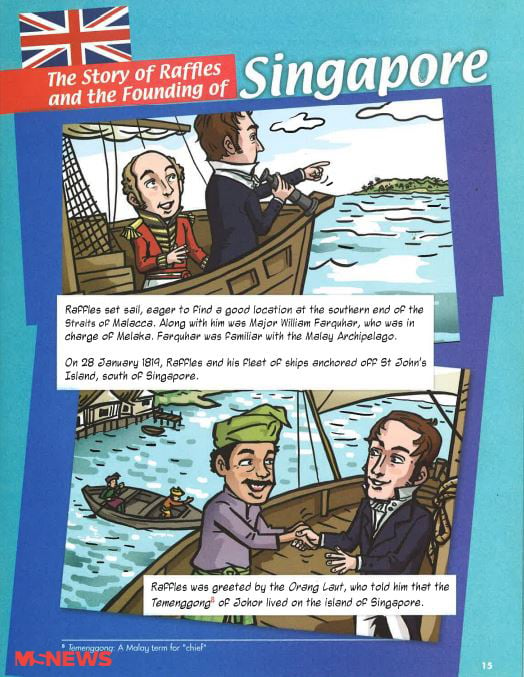 Though not depicted as a Hercules’ offspring, Sir Stamford Raffles’ role in turning Singapore into a successful trading port is not to be overlooked.

Without him setting up a trading post here and coming up with a town plan, the inhabitants of 1900s Singapore may have been left dawdling among their ducks for the rest of their lives.

Hunks get all the attention

Drawing Sang Nila Utama as that high-protein diet man will certainly get students to pay him more attention.

Little wonder why Sir Stamford Raffles was not drawn with as much… passion. Maybe the illustrator got tired.

Or maybe since Sir Raffles already has a statue of himself at Boat Quay, there was no need to give him more attention.

Nevertheless, both are important figures which we should remember as playing crucial roles in defining the Singapore we see today.

Featured scanned images are courtesy of Inquiring Into Our World 4A and MS News. 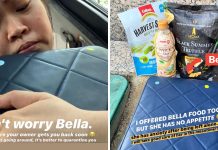 Lady Names Laptop Found At Bugis Junction ‘Bella’, Sanitises & Cares For It Till She Finds Its Mama