Must Share News – Independent News For Singaporeans
Home Current Affairs Environment SCDF Donates Firefighting Hoses To S’pore Zoo, Animals Get To Use Them... As with all servicemen and military dogs who retire after serving a number of years, safety equipment will eventually reach a ‘retirement’ age too.

But instead of tossing their old firefighting hoses out, Singapore Civil Defence Force (SCDF) is giving them a new lease of life by donating them to Wildlife Reserves Singapore (WRS). 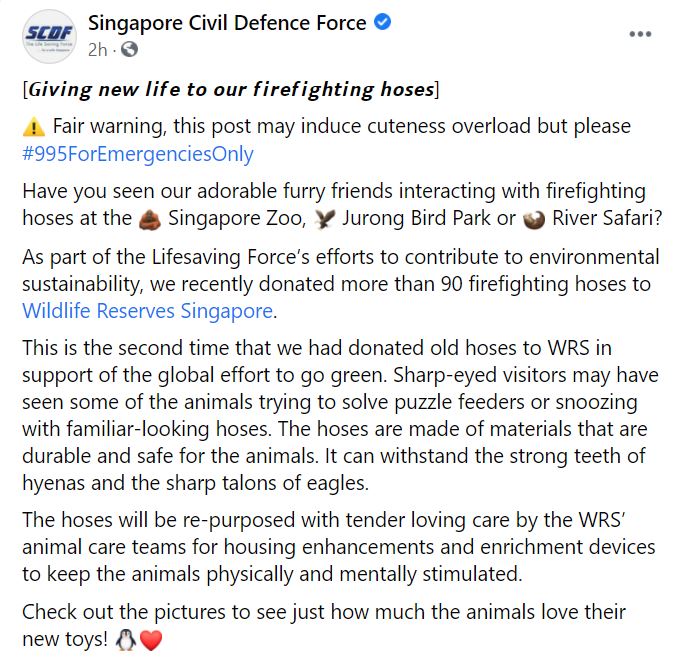 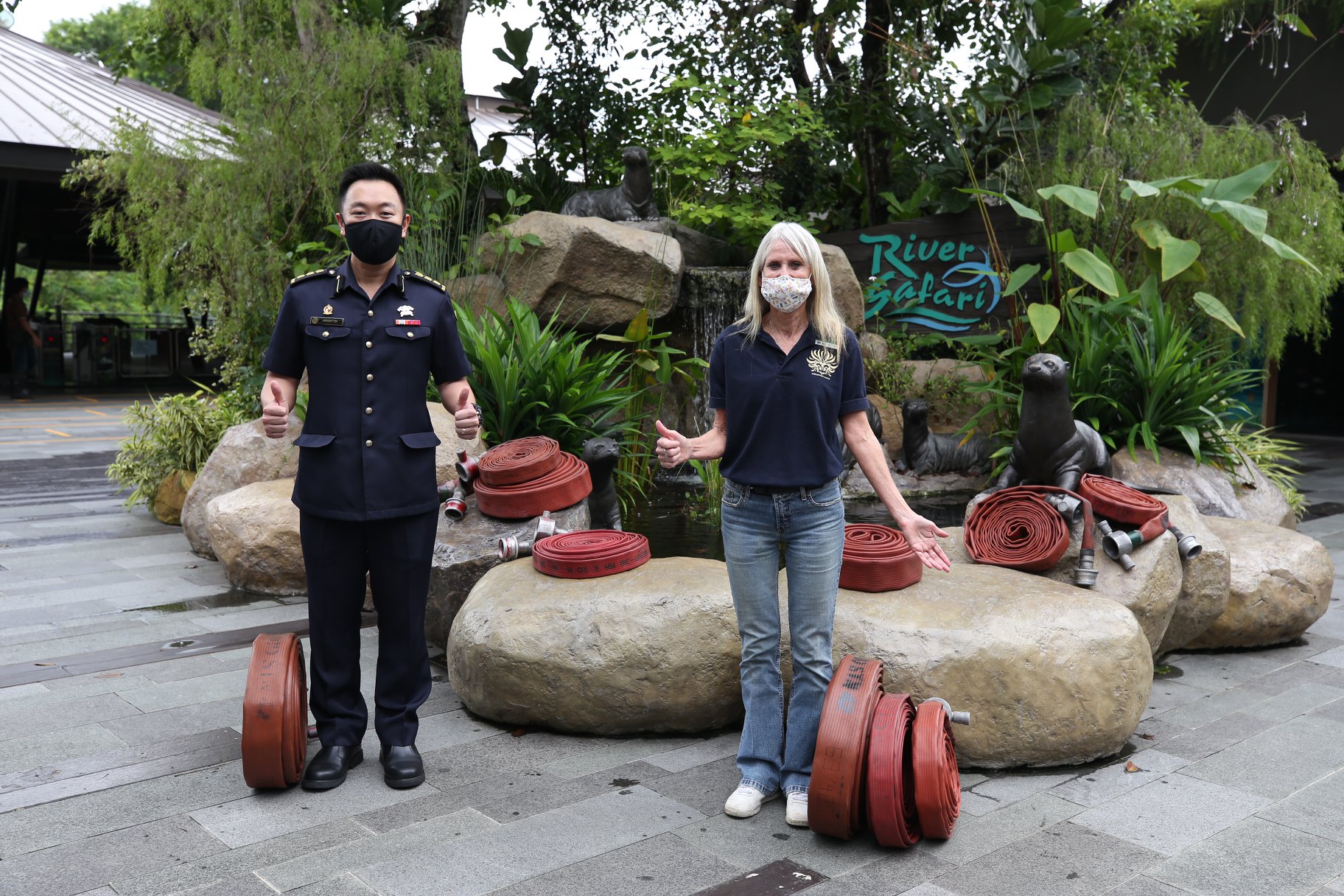 There, these hoses will be repurposed as beds, feeders, and other types of structures so animals can benefit from them.

According to SCDF’s Facebook post on Thursday (19 Nov), they recently donated over 90 firefighting hoses to Wildlife Reserves Singapore. 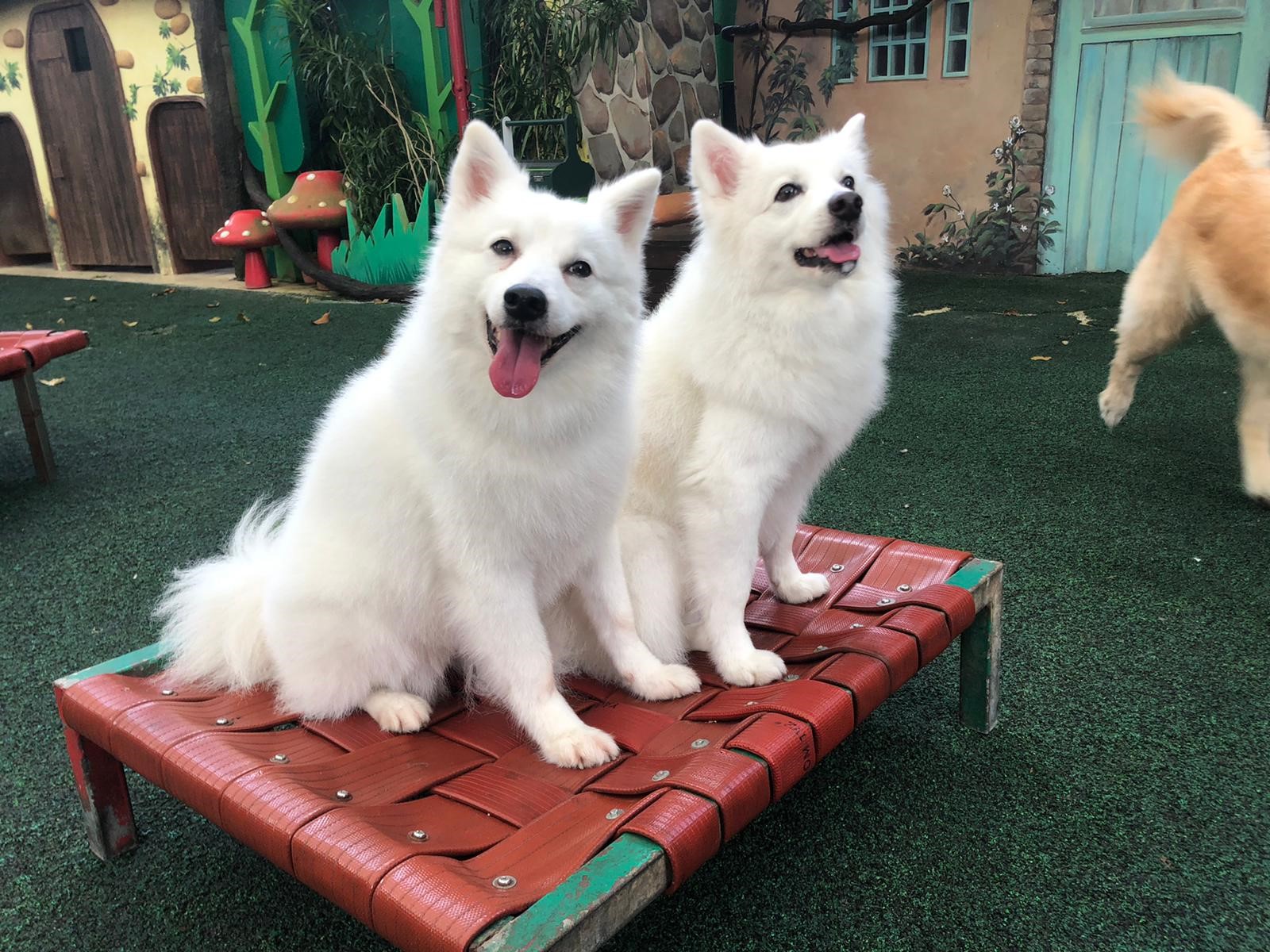 The hoses will then be repurposed into furniture and enrichment devices so that they can keep animals active and mentally stimulated.

In pictures posted, we can see adorable animals from Singapore Zoo, River Safari, and Jurong Bird Park interacting with items that were made from the hoses.

As the firefighting hoses are sturdy and durable, SCDF said the items can withstand “the strong teeth of hyenas” and “sharp talons of eagles”.

You may recognise Benji and Buddy from Singapore Zoo’s Animal Friends Show. Here, they’re chilling on a bed made of the hoses. Meanwhile, this binturong gets the chance to exercise and play from hose-made floating structures in an open yard. As hoses are normally used to suspend heavy branches, SCDF said they would make well-strapped hanging ‘vines’. 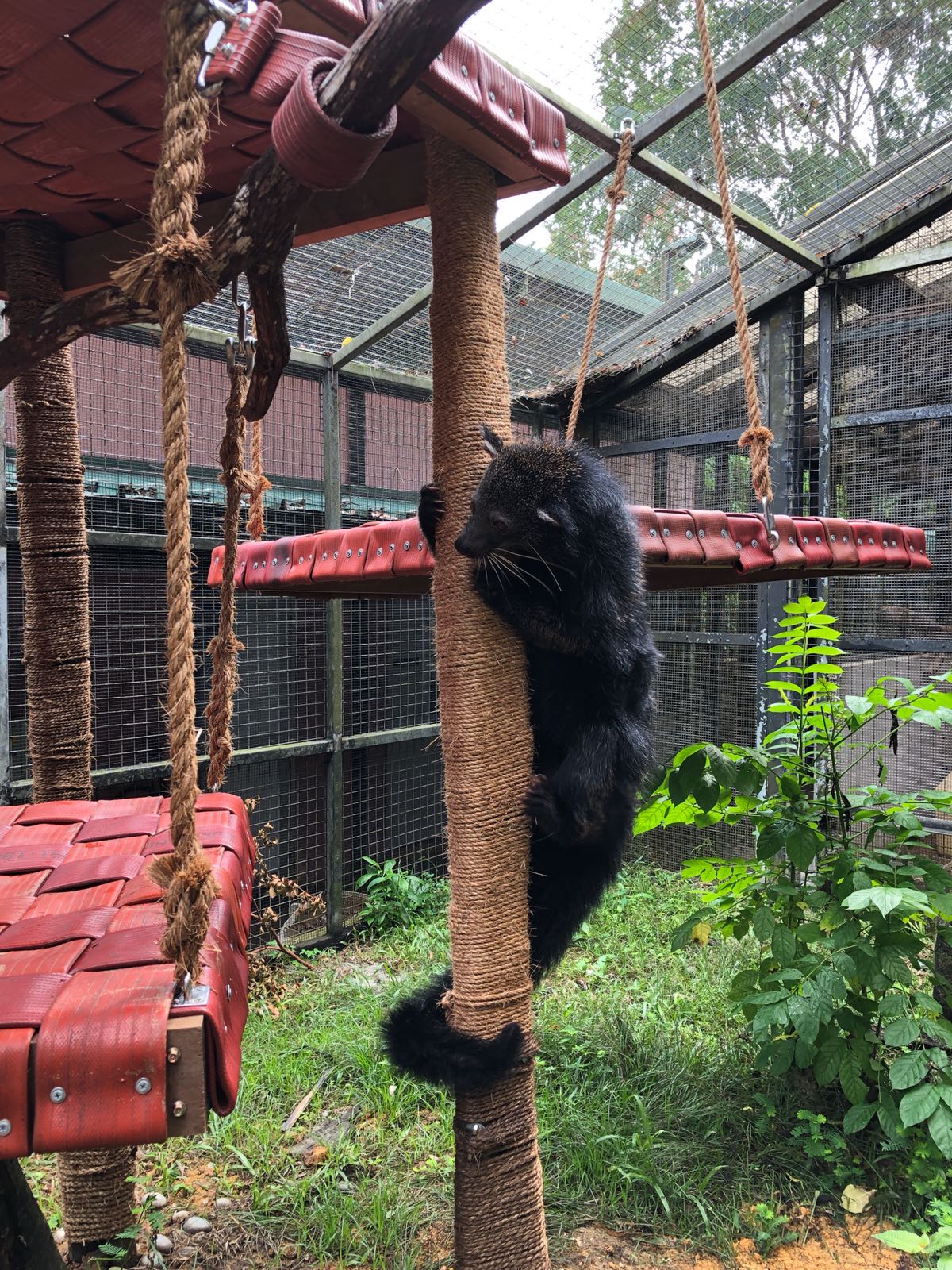 They can be hung closely together like above to form horizontal pathways for animals.

The fire hoses can also be used to make feeding cubes filled with meat, fruits, veggies, and grass, called puzzle feeders. They are meant to challenge animals to brainstorm for ways to retrieve the food, like this bird is doing.

Mealtime can be fun time for them too.

Reused for a greater purpose

SCDF said this is their second time donating old hoses to WRS in the name of going green.

Once used to save lives and fight fire, it’s nice to see that the hoses can be reused for a greater purpose now — saving the environment.

Have you spotted any of these repurposed firefighting hose items in the zoo? Let us know in the comments below.