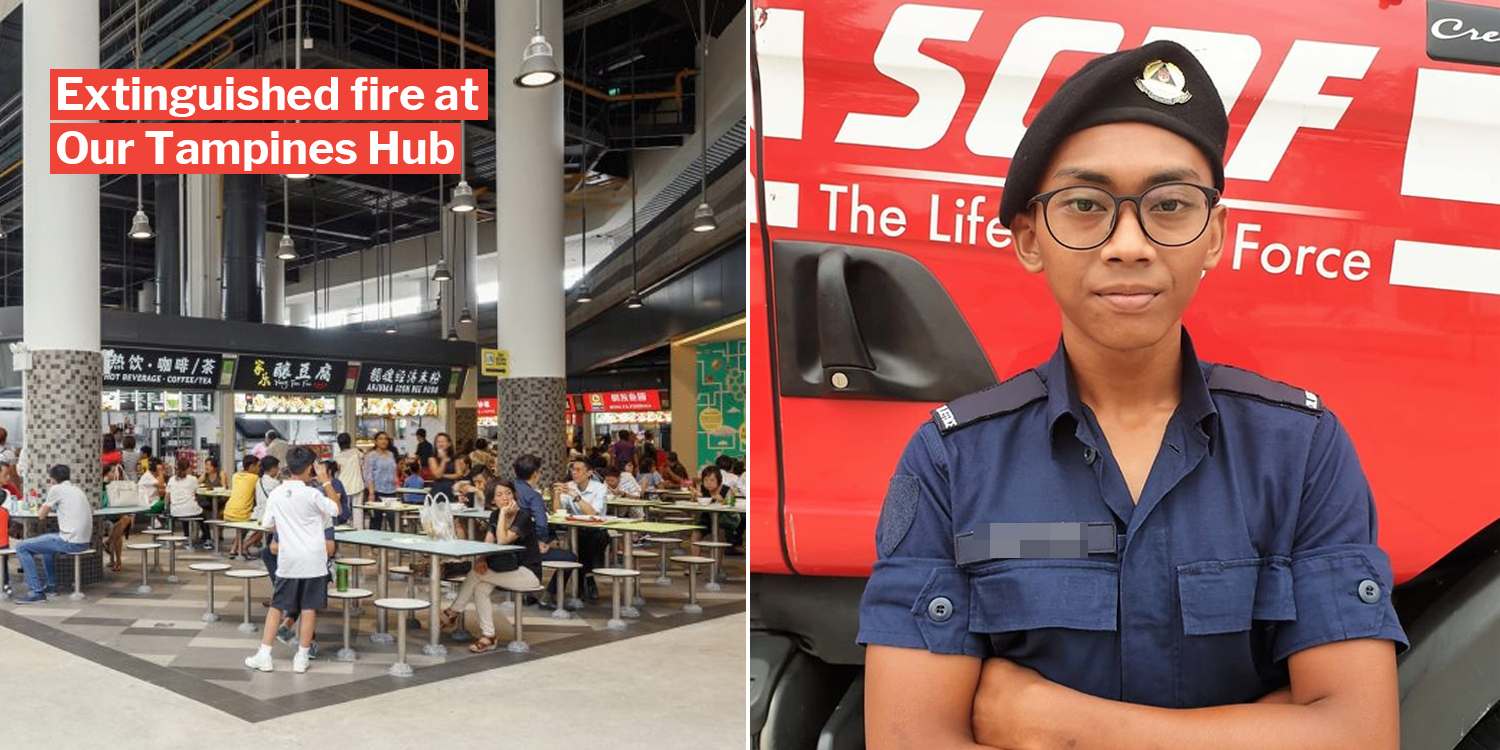 Fires can get out out of hand quickly if they are not put until control early.

On 7 Dec, a fire broke out at the Tampines Hub Hawker Centre but was swiftly extinguish thanks to a quick-thinking, brave trainee from Singapore Civil Defence Force (SCDF). 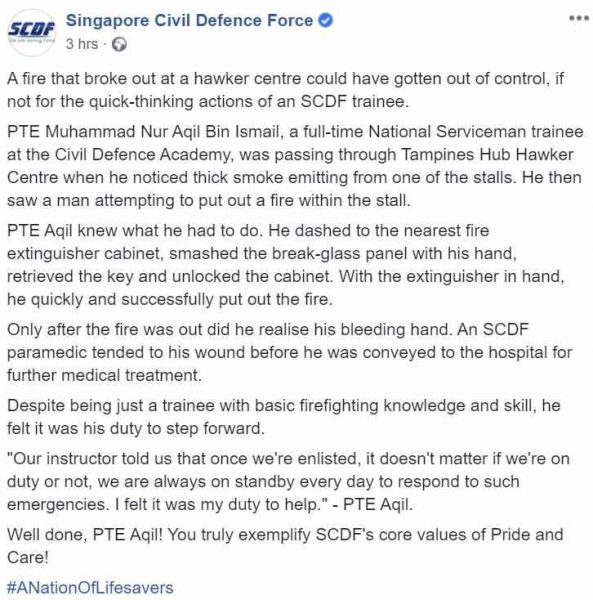 Singaporeans were also proud of PTE Aqil, as many showered him with praise in the comments.

PTE Aqil was walking past Tampines Hub Hawker Centre on 7 Dec at around 5.10am when he saw smoke billowing from one of the stalls. A man, presumably the stall owner, was trying to put out the flames.

Seeing this, the 19-year-old SCDF cadet made a bee-line to the closest fire extinguisher cabinet and smashed the break-glass panel using his bare hands. 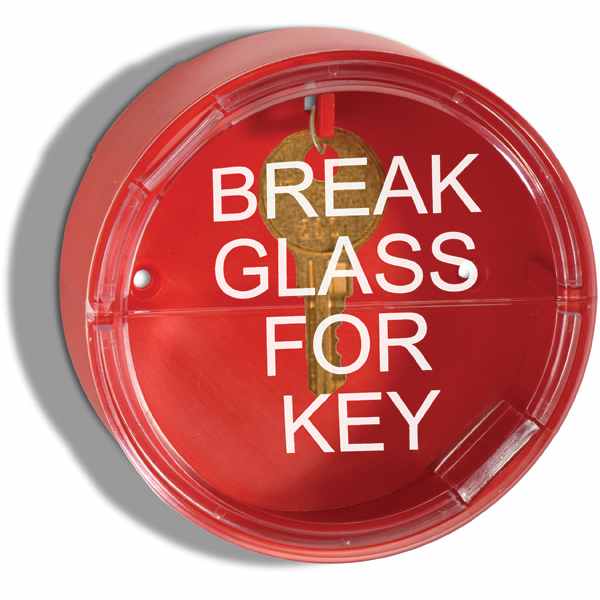 He swiftly retrieved the key and unlocked the cabinet where the fire extinguisher was kept. 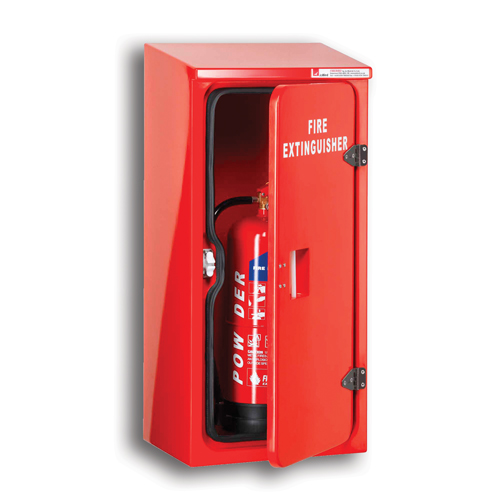 With the flame smother in hand, the brave cadet swiftly extinguished the fire.

Unbeknownst to Aqil, he had sustained a cut to his hand while carrying out the heroic deed.

He was later tended to by SCDF paramedics before being brought to a hospital for further treatment.

Helped extinguish fire despite only having basic firefighting skills

In the post, the SCDF lauded Aqil for helping to extinguish the flame despite only having “basic firefighting knowledge and skills”. In fact, PTE Aqil enlisted in early October, meaning he had only spent around 2 months with the force. 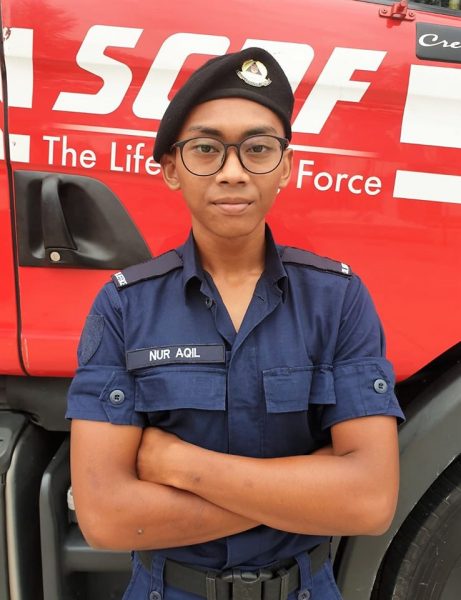 When interviewed, Aqil said that it was his duty to step up,

Our instructor told us that once we’re enlisted, it doesn’t matter if we’re on duty or not, we are always on standby every day to respond to such emergencies. I felt it was my duty to help

Kudos to PTE Aqil for his quick-thinking

Kudos to PTE Aqil for his courage and quick-thinking, without which the fire would have been worse and potentially caused more destruction.

Let’s hope other SCDF officers will be inspired by the young cadet and will go the extra mile to help out those in need even though they are not on duty.

Featured image adapted from Facebook and Construction Plus Asia.