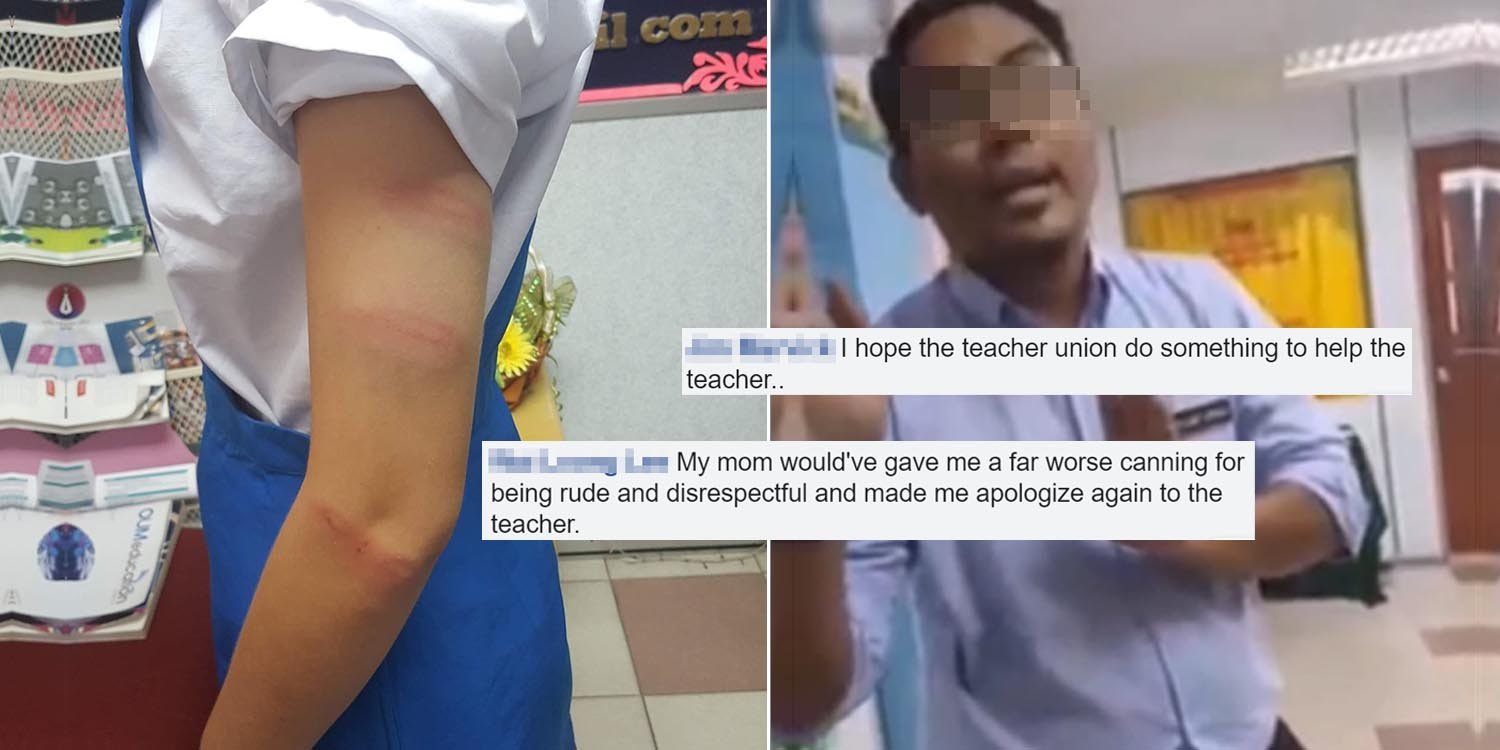 Teaching done right, or too harsh?

What would you do if your children misbehaved in school, forcing a teacher to cane them, leaving bruises on their limbs?

It’s a tough and ugly situation to be in, that’s for sure.

Across the Causeway, a mother was outraged to see her misbehaving daughter severely caned by a teacher, leaving her limbs badly bruised.

His reason for doing so? The schoolgirl had allegedly called him an “Ah Gua” —  a Hokkien term for transsexual. 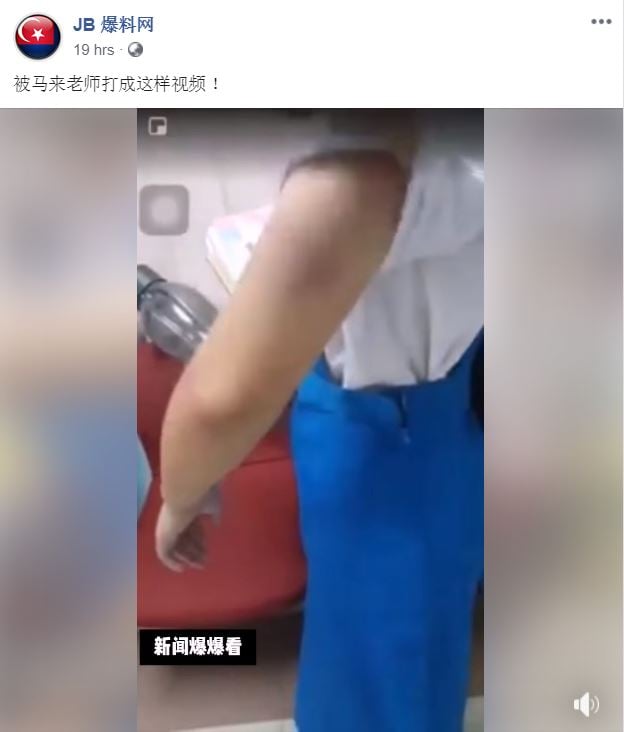 “Hit by a Malay teacher until like this.”
Source

The short clip shared on Facebook showing the mother admonishing her daughter’s teacher for the brutal caning has been shared over 3,100 times at the time of writing.

The video begins with the mother questioning why the teacher had caned her daughter even though she had already apologised. 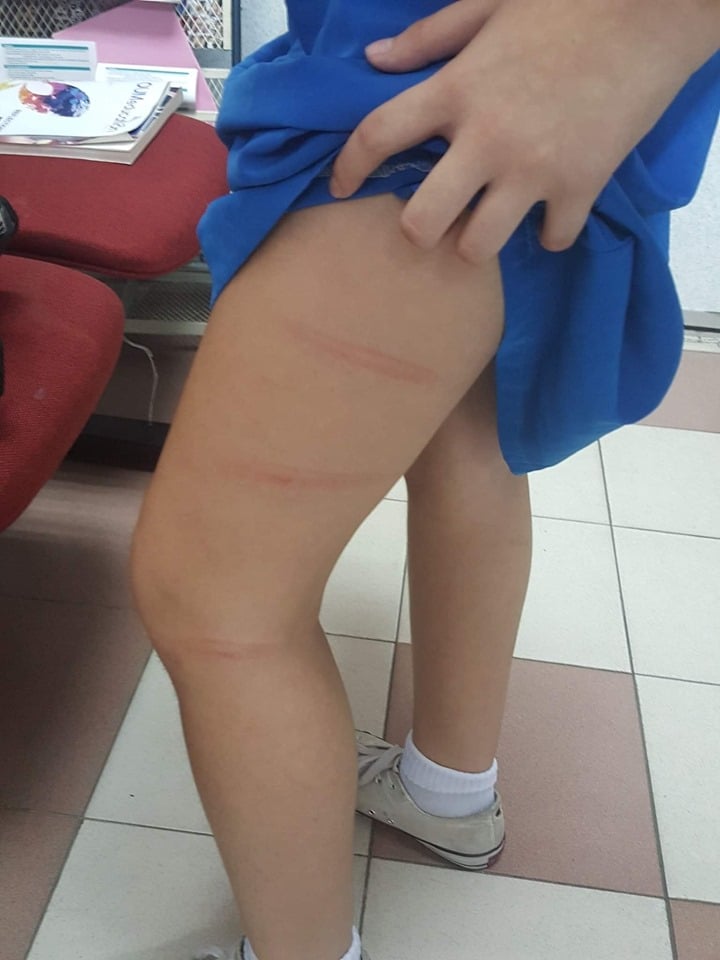 The teacher responded, claiming that the young girl did not think about the implication of her words when she referred to him as an Ah Gua.

The mother said she knew what her daughter had done, before going on a lengthy rant:

You are totally in the wrong. She only said things to you. Did she hit you? If she hit you, and you hit her back, then it’s fine. Cannot like this one you know? You’re a teacher. You are supposed to teach children.

Schoolgirl only said “sorry” after her friend told her to

The teacher’s main gripe was that his student didn’t apologise initially after disrespecting him along the school corridor. 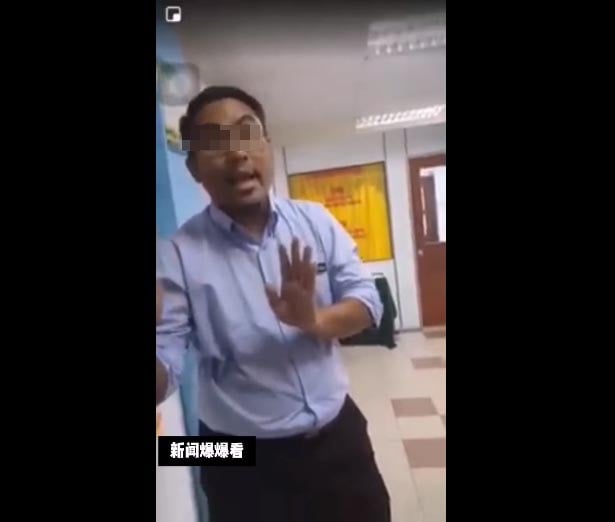 He defended himself in the video,

She only said sorry to me after her friend told her to.

The mother told him not to spout “nonsense” and that she did not want to hear any more of it. 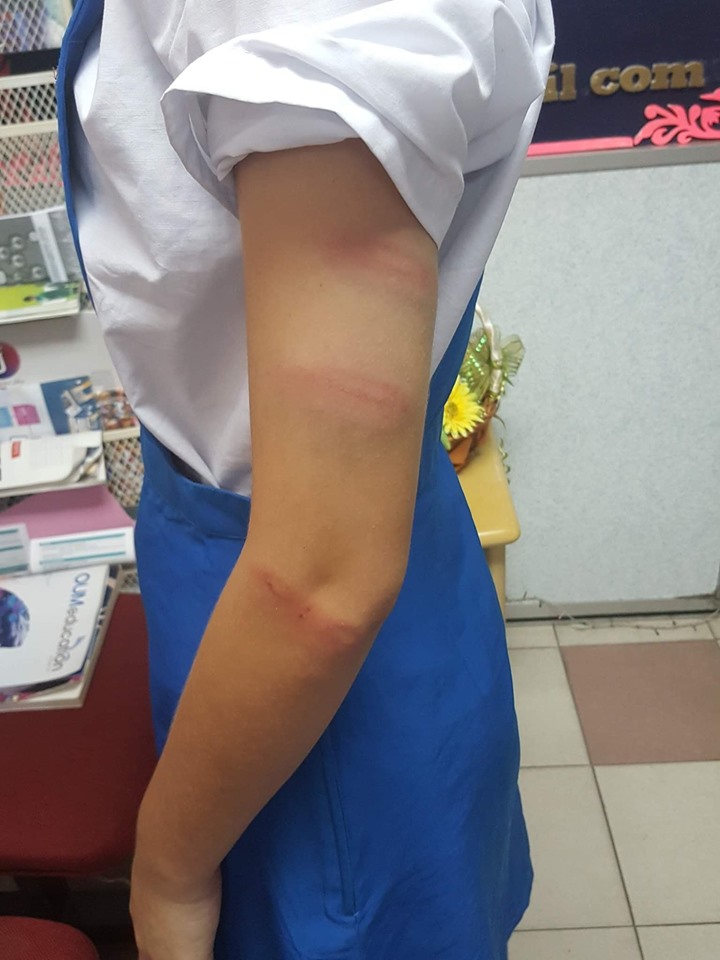 The mother even claimed that her daughter’s left arm may have been fractured, as she could hardly move her hand properly now.

They went to lodge a police report afterwards.

On Tuesday (25 Jun), The Star reported that the Johor Bahru District Education Office is currently investigating the case.

According to the Malaysian Education Minister, the ministry doesn’t condone any form of violence against students.

The ministry is positive that this issue can be settled soon in accordance with the appropriate standard operating procedures.

The minister noted that they wanted to ensure justice was given to both teacher and student in the end.

Many netizens voiced their support for the teacher

Despite the mother’s outcry, many netizens commented that the teacher shouldn’t be blamed.

This Facebook user pointed out that if anyone needs to shoulder the blame, it should be the parents for not teaching the girl well.

“The parents should be blamed for not knowing how to teach.”

Another Facebook user said students should respect their teachers, and that parents are responsible for their kids’ upbringing.

In contrast, a handful of other users opined that caning is an old-school way of teaching children.

Corporal punishment — is it ever justified?

Physical punishment like caning is an act that courts controversy. If left unchecked, it could potentially end up becoming abuse instead of discipline.

What are your thoughts on the schoolgirl harshly caned for her disrespect of an educator? Let us know in the comments below.