Due to declining birth rates and changing demographics in Singapore, the Ministry of Education will merge a total of 18 schools from 2023 onwards.

The 18 schools consist of 4 pairs of primary schools and 5 pairs of secondary schools. 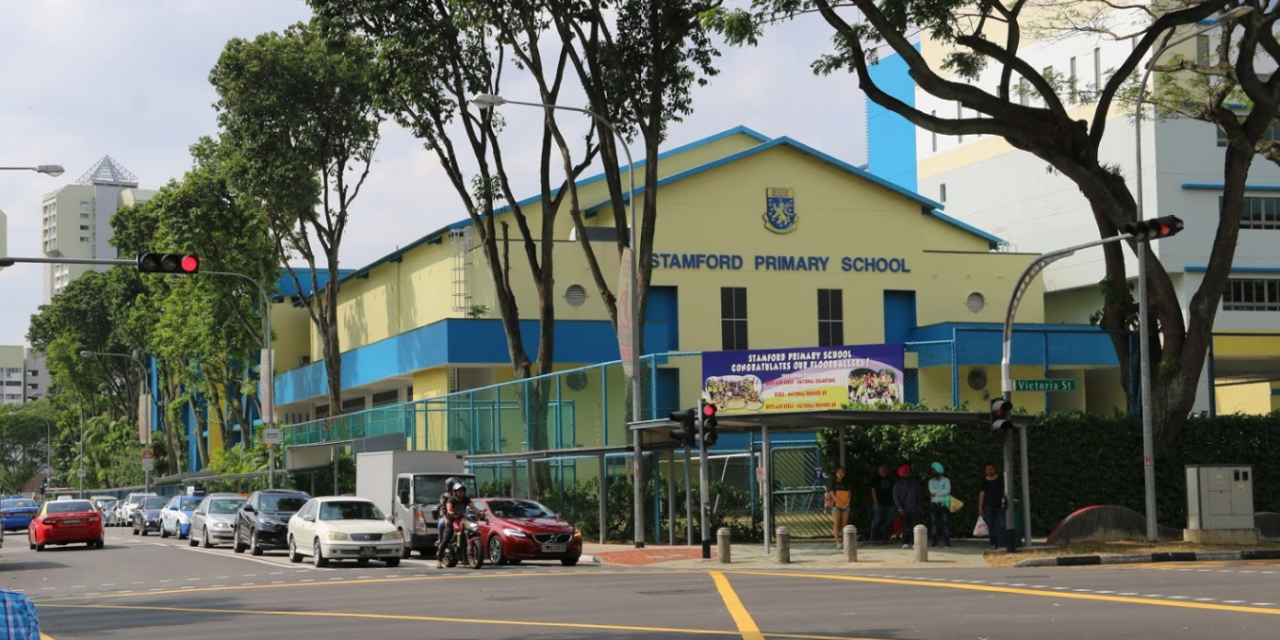 According to MOE, these are the 18 schools set to merge: 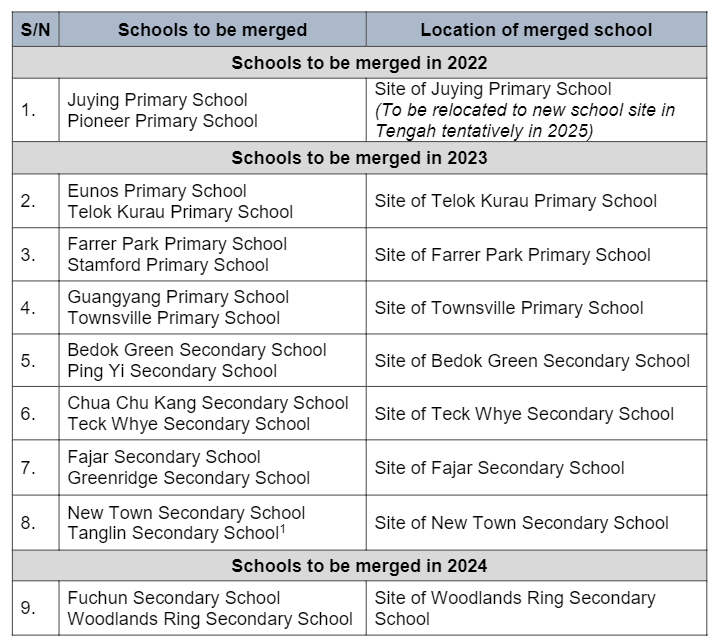 Juying and Pioneer Primary to merge in 2022

While a majority of the listed schools will merge in 2023, there are 2 notable exceptions.

One pair of primary schools, Juying Primary and Pioneer Primary, will merge in 2022 instead.

This is due to a revised alignment of the Jurong Region Line (JRL), which will run through Pioneer Primary’s site.

As such, the site will be handed over to LTA earlier.

The merger will be at Juying Primary’s school site temporarily, but will relocate to a new Tengah campus in 2025.

As such, there won’t be new primary one cohorts until then.

However, existing students will remain at the current Juying campus until they graduate, so as to minimise the need to commute to a new place.

Meanwhile, due to the Covid-19 situation, the upgrading of Woodlands Ring Secondary’s campus was delayed.

No retrenchments of staff

MOE assured that there’ll be no MOE staff retrenched as a result of the mergers.

This is in line with the previous merger exercises as well.

Former and current students of the merging schools will definitely be sad to see them go.

MOE will keep heritage spaces in the merged school building of both schools, so that their history can be remembered.