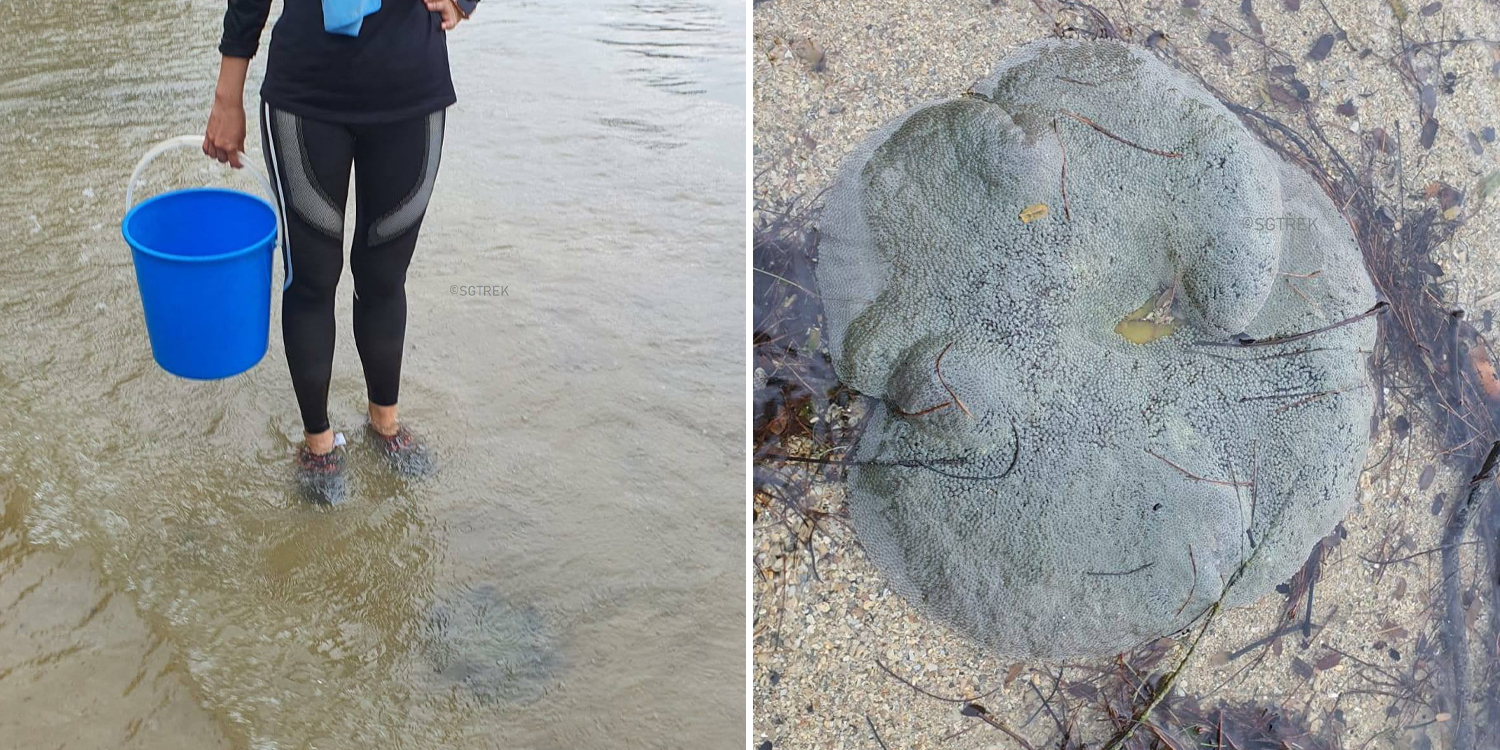 In the year of a pandemic, many locals have taken to exploring our very own backyard, including the Southern Islands. 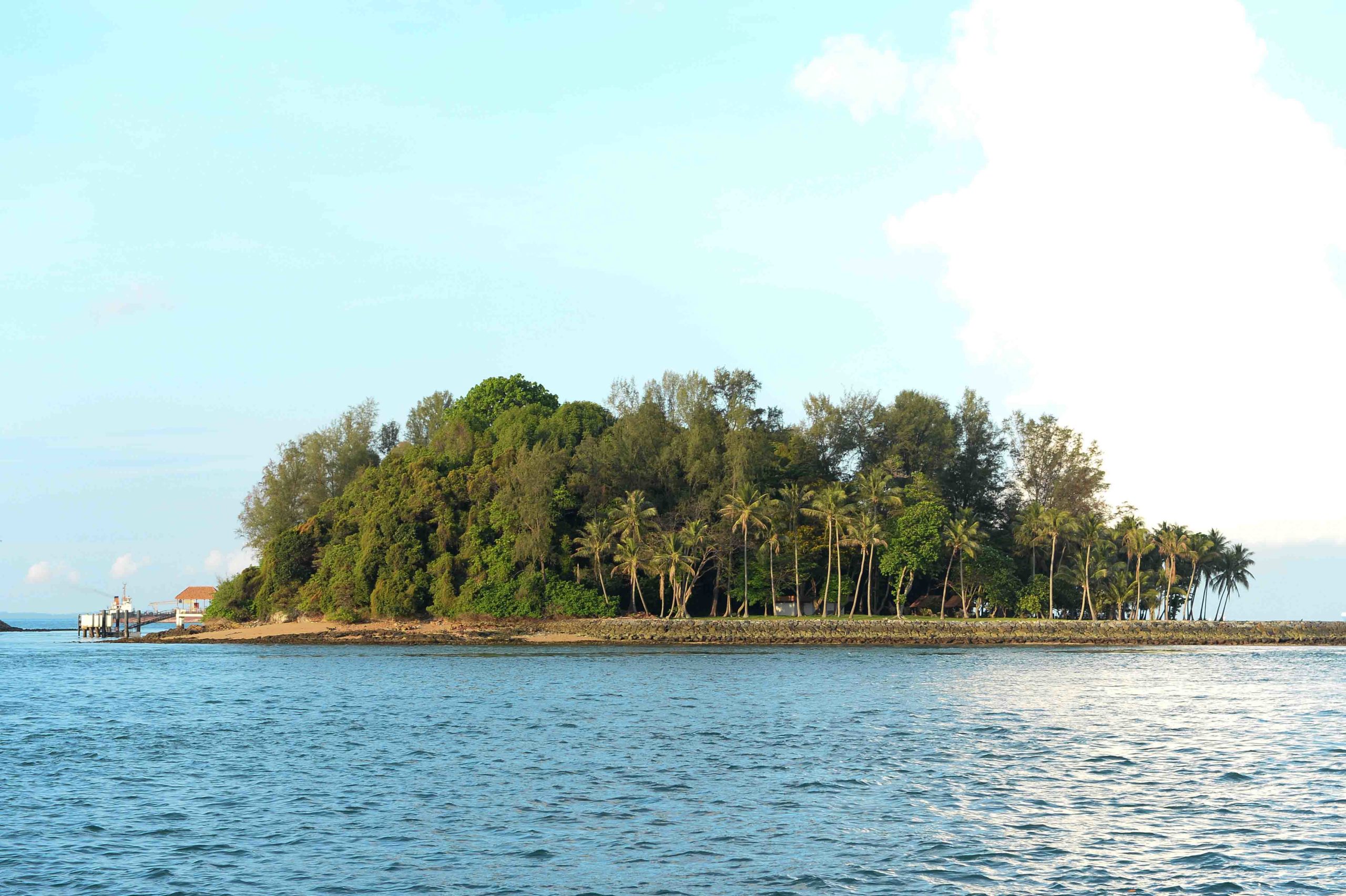 Last Saturday, SGTrek Expeditions & Adventures took to Facebook to share that a woman was seen trying to pick up a sea anemone from the seabed at Sisters’ Islands. 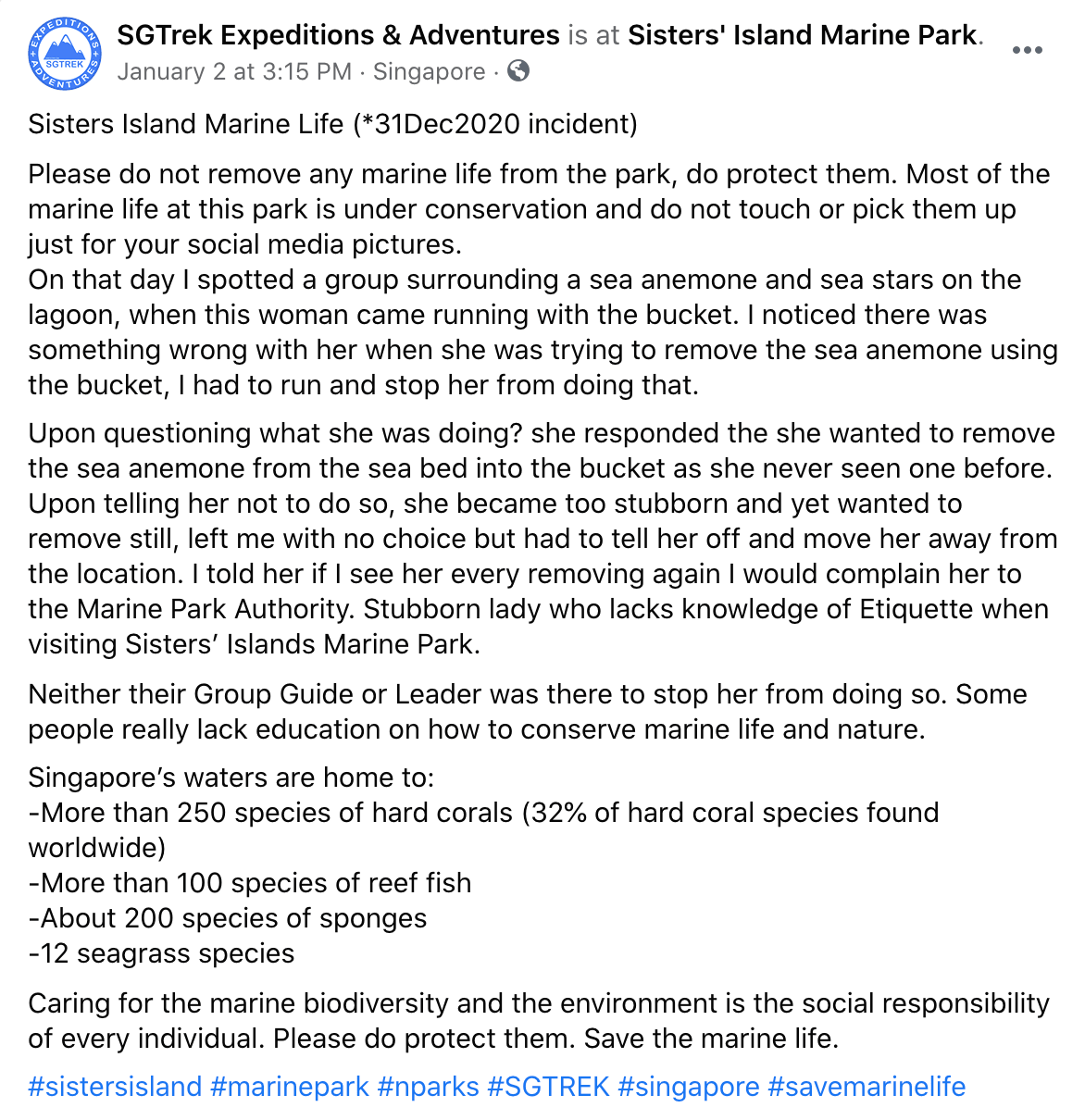 The group took this incident as a chance to remind the public of the importance of protecting the marine biodiversity at these places.

Woman tries to pick sea anemone up at Sisters’ Island

On 31 Dec 2020, a man caught sight of a group of visitors at Sisters’ Islands crowding around a sea anemone and some sea stars. He then spotted a woman trying to remove the sea anemone using a bucket. 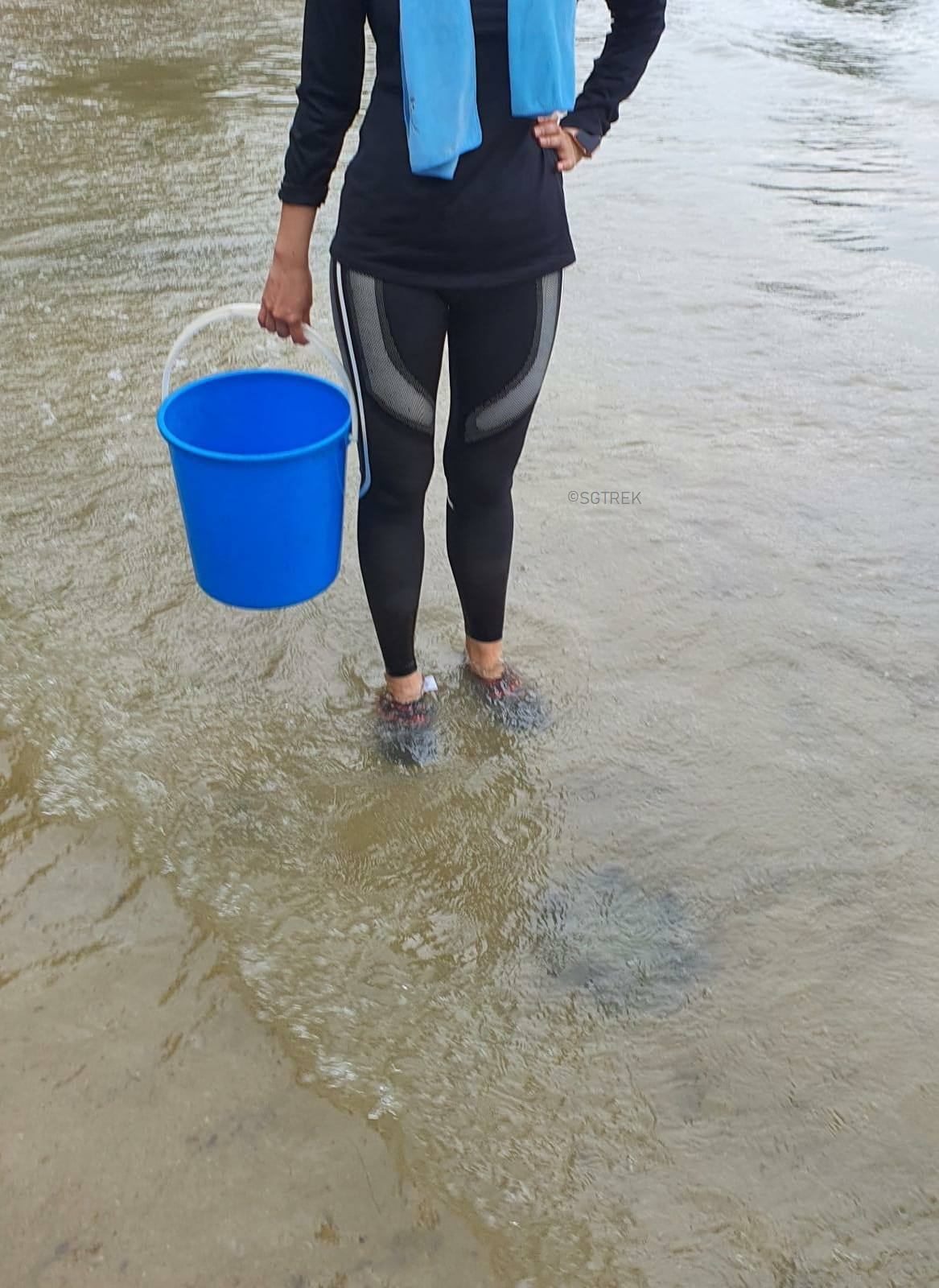 Upon seeing this, he ran to stop her from doing so.

However, when she was questioned, the woman responded that she wanted to remove the sea anemone from the sea bed as she has never seen it before.

She was allegedly stubborn and insisted on doing so.

Eventually, the man chided her and led her away from the lagoon to prevent her from removing the sea anemone.

As an added measure, he warned her that if she were to attempt removing it again, he will be left with no choice but to lodge a complaint with the Marine Park Authority.

Visitors should not touch marine life

The man pointed out that throughout this incident, the guide did not stop the woman from picking up the sea anemone.

He added that the public should not touch let alone pick them up.

After all, caring for our marine life and the environment is everyone’s social responsibility.

Sisters’ Island is a conservation area

According to National Parks Board (NParks), Sisters’ Islands Marine Park is a conservation area. It was launched to allow Singaporeans to experience our rich biodiversity whilst protecting an ecosystem inhabited by rare and endangered marine life. 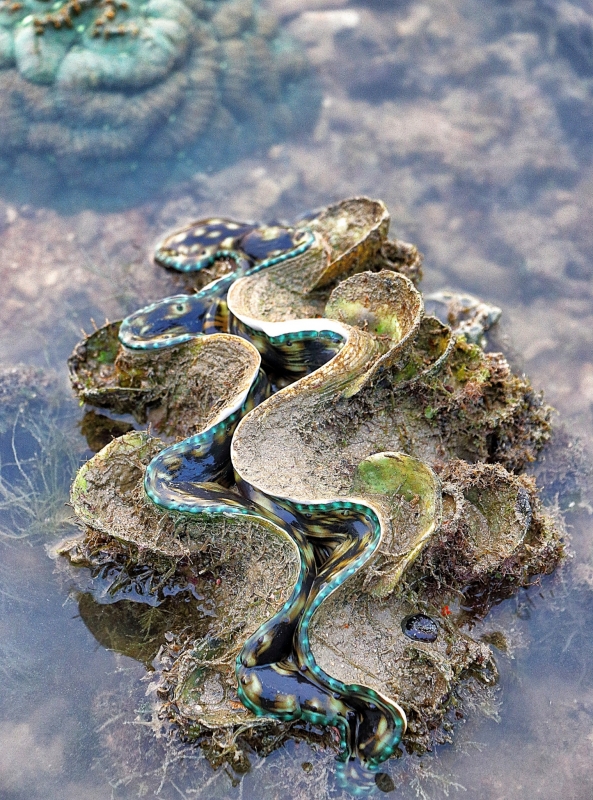 This is especially important as Singapore’s waters are home to more than 250 species of hard corals.

To protect them, NParks has strict guidelines for visitors to follow while at the park. ‘Residents’ at the island are part of a fragile ecosystem and they are not ours to take.

Protecting our marine life is everybody’s responsibility. Only then can we ensure they continue to thrive and many more people can come to appreciate their beauty.

So the next time you’re visiting Sisters’ Island, do remember to exercise responsibly and remind others to do so too.