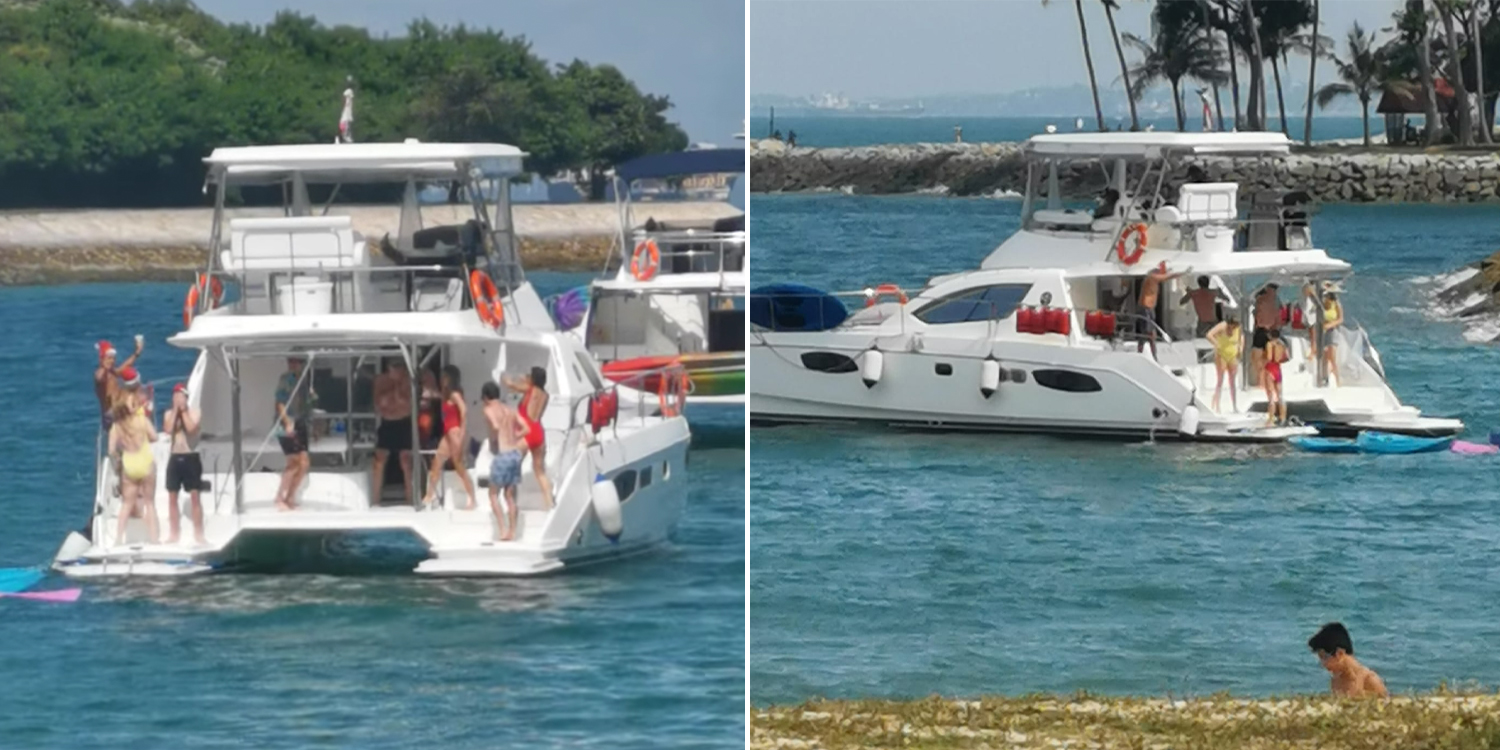 Cruising around the Southern Islands on a yacht might seem like the perfect way to end the year, but even in open waters, safe distancing needs to be adhered to.

So when a netizen spotted a group of at least 10 people on a yacht, he took to Facebook to share about it. 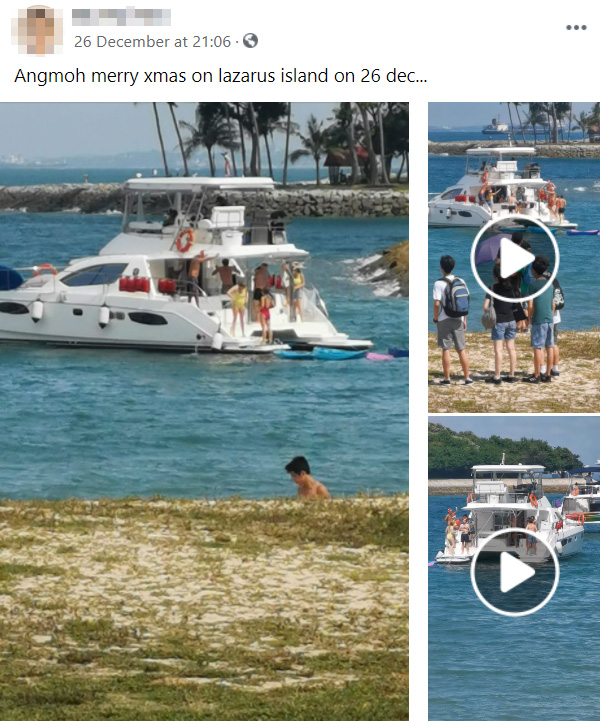 The large group was spotted just off the coast of Lazarus Island.

The Maritime and Port Authority of Singapore (MPA) is now investigating the incident.

On 26 Dec, a group of at least 10 people were seen on a yacht near Lazarus Island, flouting safe distancing rules. In the videos that had surfaced, the group of 6 men and 4 women appeared to be having a Christmas party. 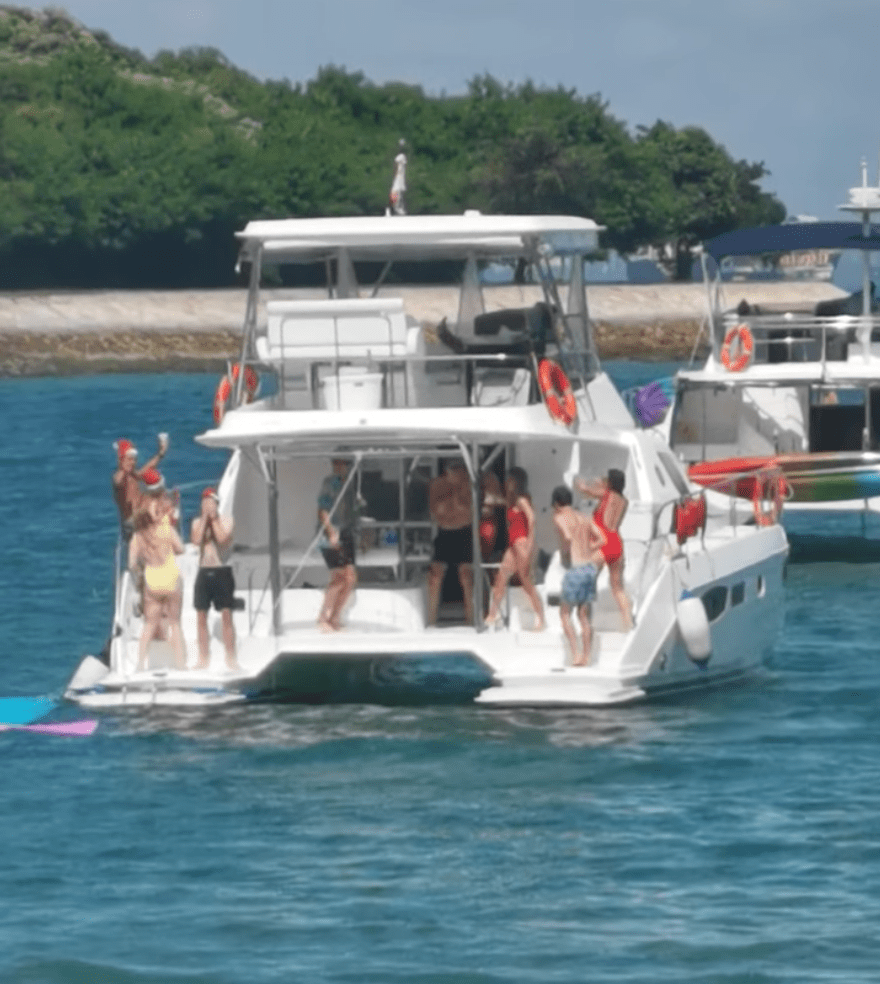 They can be seen dancing along to loud Christmas music with no masks on, many donning Santa hats.

Other visitors on Lazarus Island also took notice of the party going on. 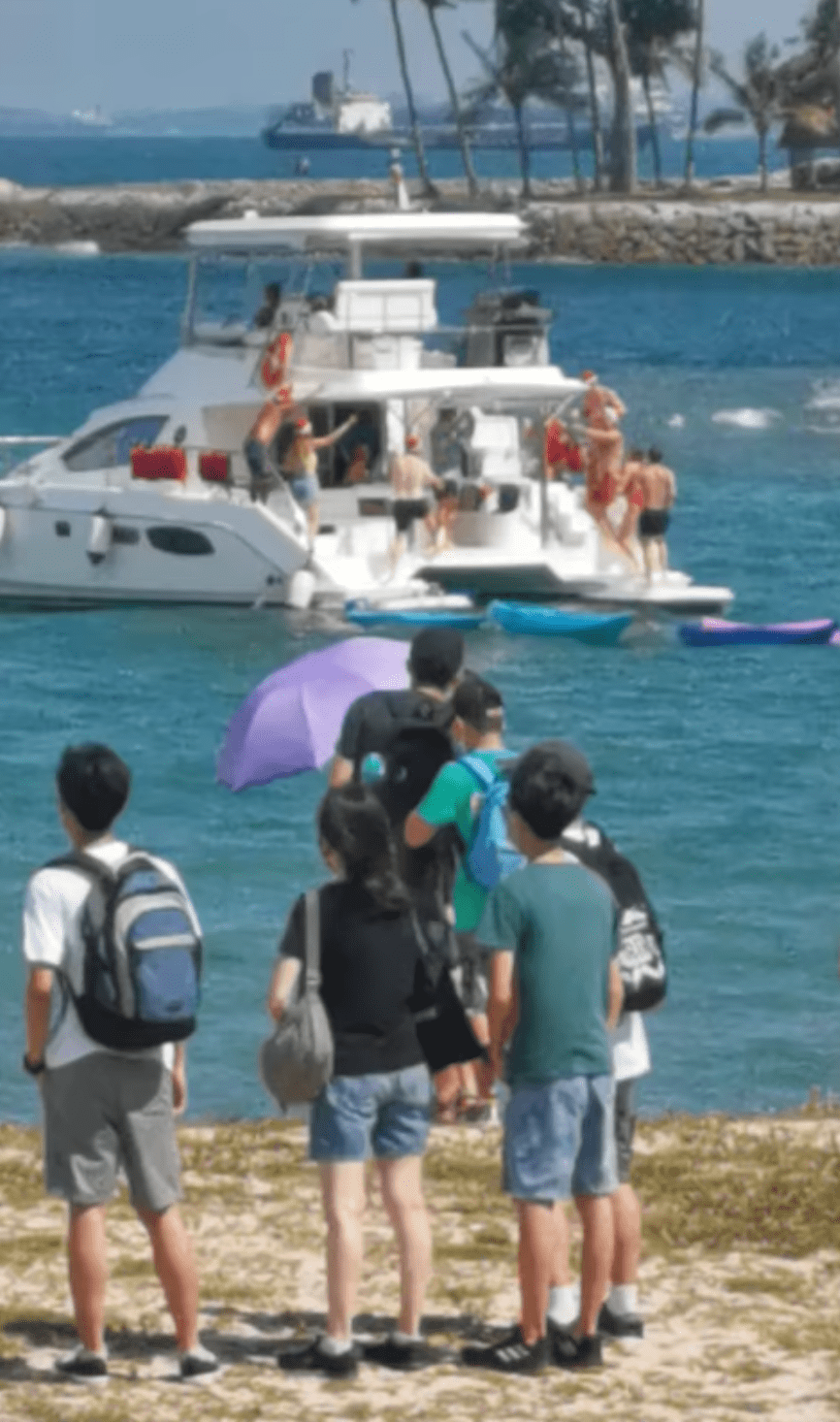 Another vacant yacht moored behind it

Another yacht can be seen moored, just behind the one with the partygoers. 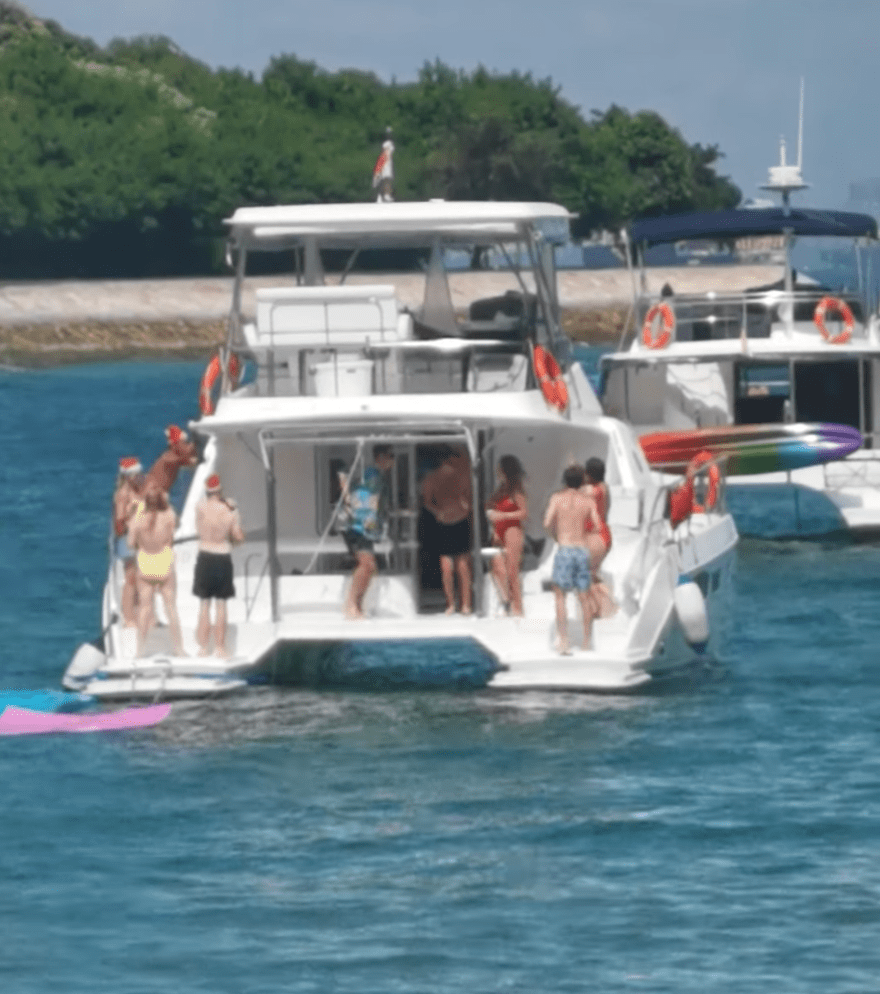 The second yacht appears to be vacant.

According to Lianhe Zaobao, it is believed that the group of 10 were initially split into 2 groups, with 5 on a yacht each. They then converged together on a single yacht.

Speaking to MS News, an MPA spokesperson said that they had been informed of the videos of the group of people partying on a yacht.

They are currently investigating the incident.

MPA also reminded the public that they take any breaches of Covid-19 regulations seriously and will not hesitate to take action against such breaches.

The authority also urged everyone, including vessel owners and operators, to exercise responsibility and comply with Covid-19 safe management measures.

This includes wearing a mask and adhering to passenger limits onboard pleasure crafts.

We have come a long way in our fight against Covid-19 but the battle is far from over.

It is crucial that we continue to remain vigilant and practise safe distancing, especially during the holiday season.

Hopefully, this incident will be a lesson to those that have flouted the rules, and an important reminder to us all.