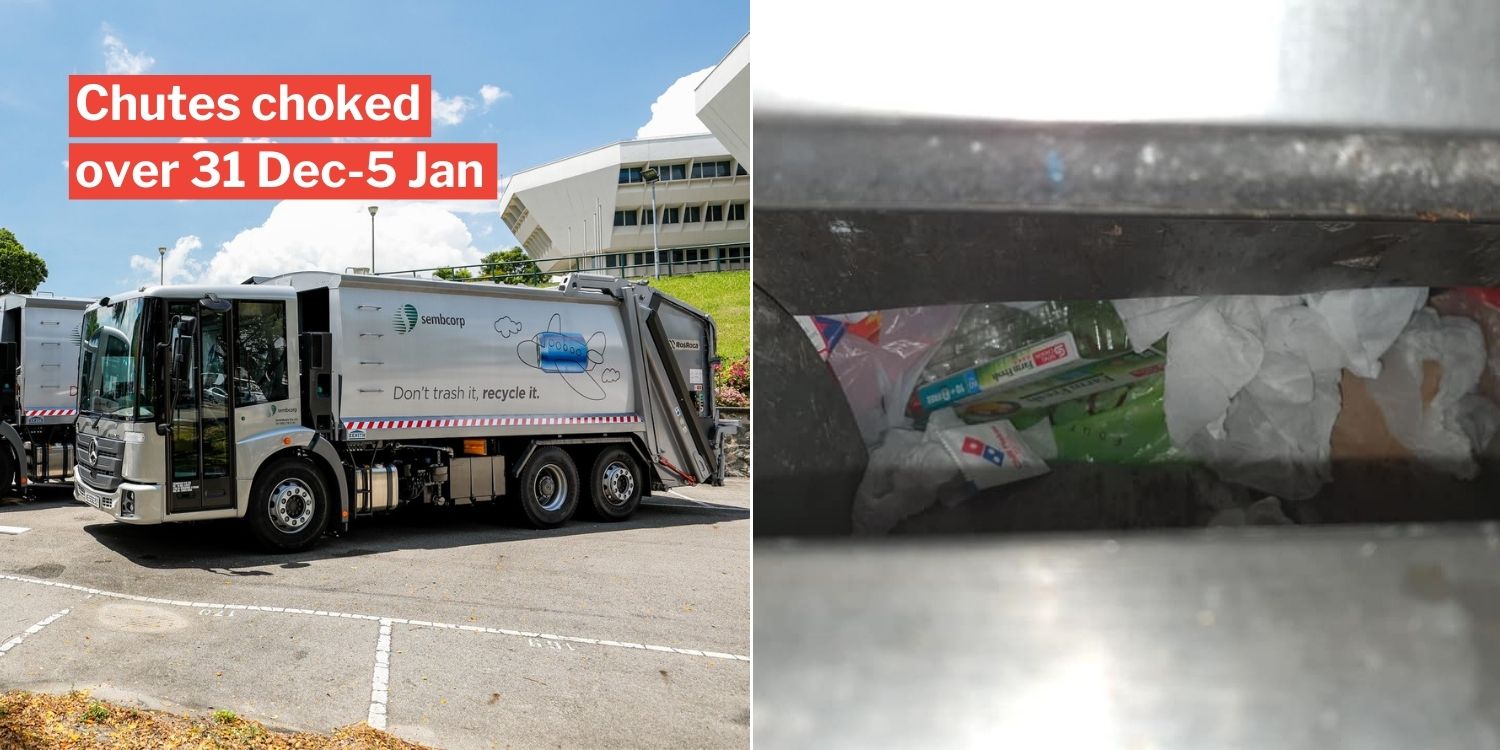 Duty execs also failed to re-route trucks from other areas.

Some Sengkang residents, however, would have had problems disposing their trash down their rubbish chutes as they were choked due to trash collection delays. 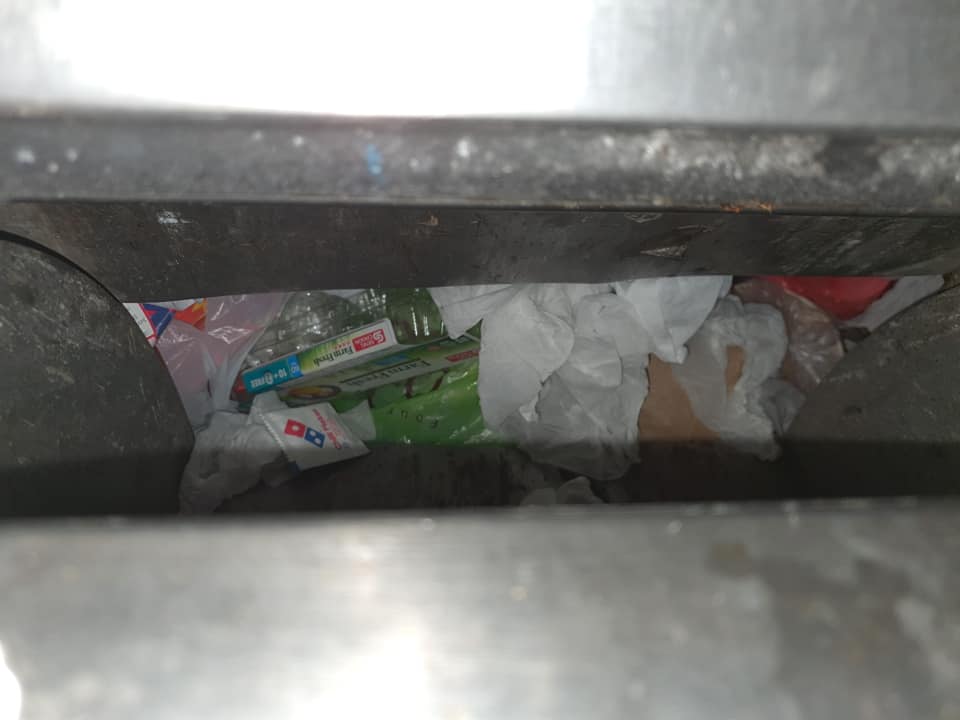 The reason for the delays has now been revealed: An “unprecedented number of breakdowns” caused insufficient rubbish trucks to serve the area.

SembWaste has now committed to deploy additional backup trucks and manpower to the estate.

In a letter to residents on Friday (19 Feb), Sengkang Town Council (SKTC) provided an update on the delay in waste collection for 6 days. 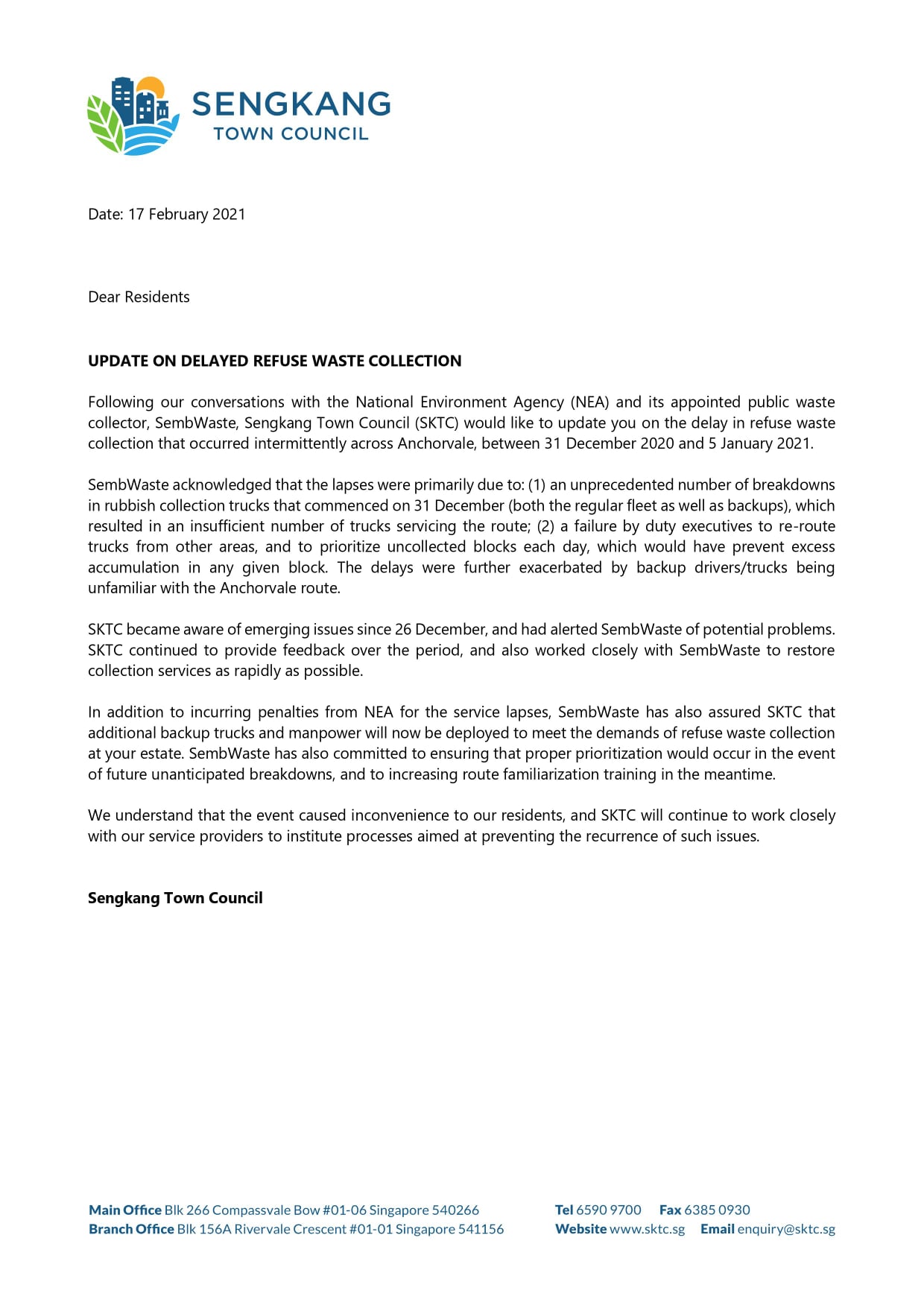 However, SKTC said that it became aware of potential issues a few days before that, on 26 Dec.

It then alerted SembWaste, which is the public waste collector appointed by the National Environment Agency for the area.

Unfortunately, due to the delay in collection, Anchorvale residents experienced choked rubbish chutes.

One resident who lives in Anchorvale Vista posted about the problem on Facebook on 4 Jan.

He said his rubbish chute was choked till the 4th floor, and no trucks were collecting rubbish. 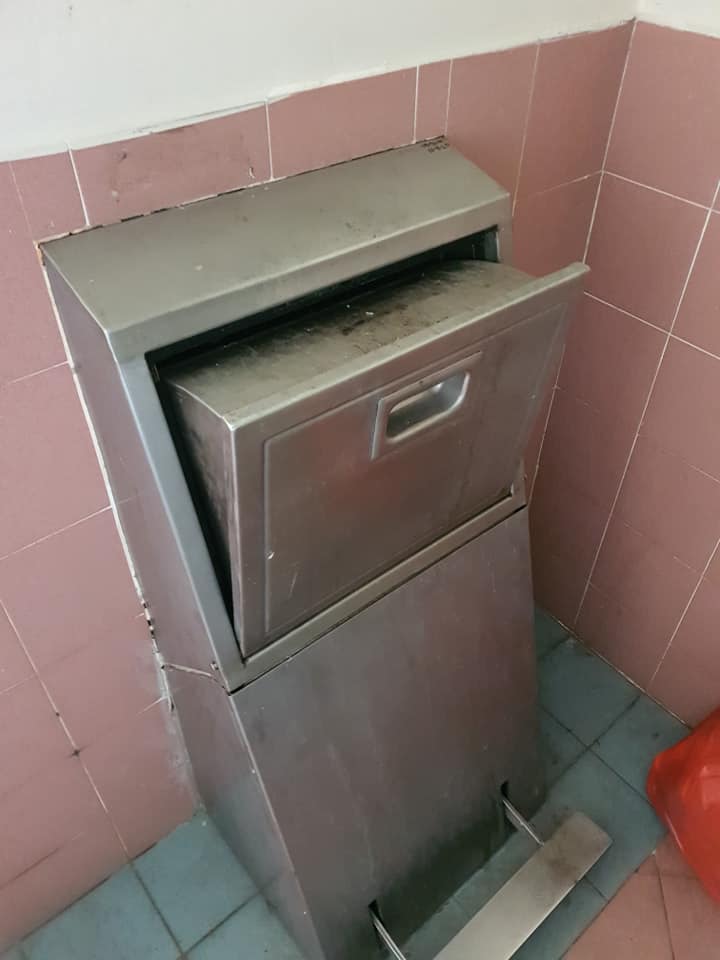 In SKTC’s letter, 2 reasons were given for the trash collection delay.

One was an “unprecedented number of breakdowns” of the rubbish collection trucks that serve the estate.

This started on 31 Dec, and even the backup fleet was affected. 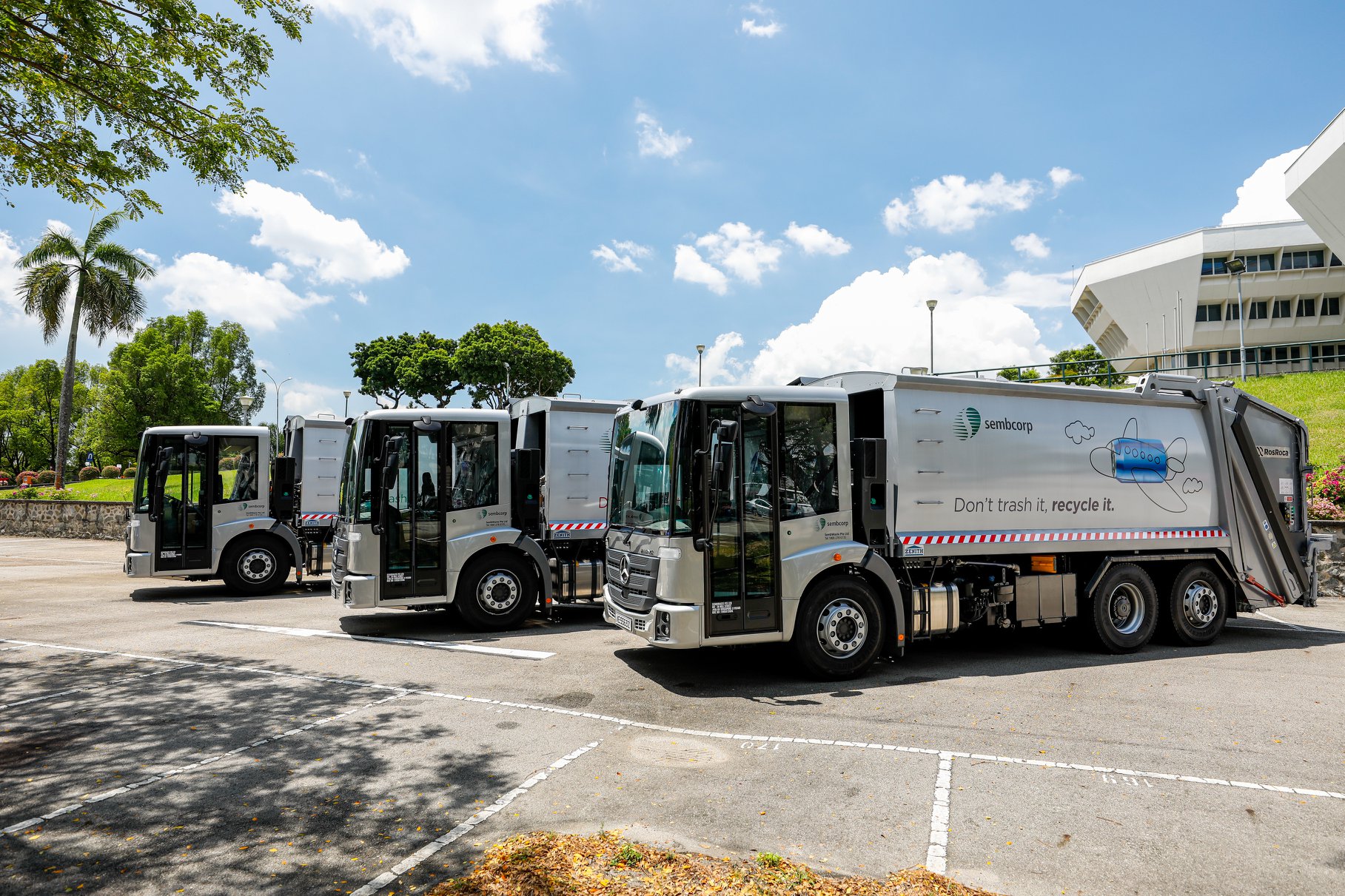 This meant that not enough trucks were collecting rubbish in the estate.

The 2nd reason was blamed on the duty executives at SembWaste.

They didn’t re-route trucks from other areas, SKTC said.

Neither did they prioritise areas that blocks where rubbish hadn’t been collected yet. 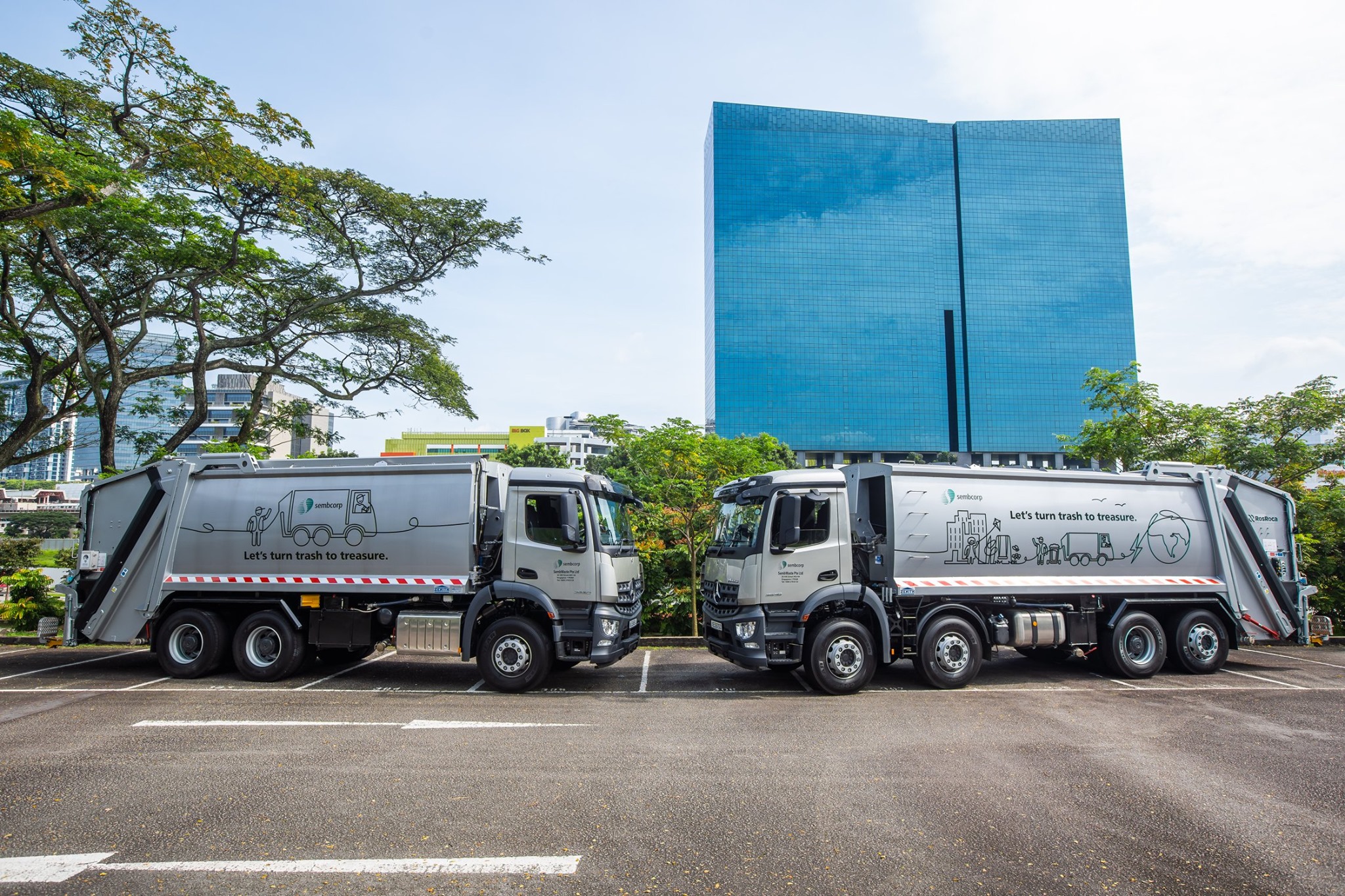 Worse still, some of the backup drivers were unfamiliar with Anchorvale area.

Service restored within a day for majority of blocks

In a Facebook post on Friday (19 Feb), Dr Lim acknowledged that some residents were unable to access the central refuse chute to dispose of their rubbish.

He also added that SKTC worked with NEA and SembWaste to solve the issue, and regular service was restored within a day for “the vast majority” of affected blocks. He said he prefers not to point fingers but find ways to avoid future issues.

For example, SKTC has refined protocols to ensure that in when trucks go missing, cleaners will report that to managers who will tell NEA and SembWaste.

That’s despite NEA, being a government agency, and SembWaste, being an external vendor, not falling under the control of SKTC.

For the service lapses, the NEA has penalised SembWaste, SKTC said.

However, it didn’t mention what penalty the company had incurred.

It did say that SembWaste will deploy additional backup trucks and manpower to serve Anchorvale’s needs.

The company will also:

As residents pay service and conservancy charges, it’s not surprising that they’ll expect essential services like trash collection to be seamless.

However, it’s good that SKTC has provided updates on the situation so that residents aren’t left in the dark.