18-Year-Old Confesses To Sexual Assault On Livestream, Gets Arrested By Police The influencers made him pinky promise to turn himself in.

In recent years, social media has become much more than a space for casual entertainment — it has also become a powerful force to call wrongdoers out.

On Monday (22 Nov), an 18-year-old allegedly confessed to sexual assault while livestreaming on Instagram.

He expressed regret for his actions and promised he will admit his doings to the police.

Following the confession, police received multiple reports about the case. The teenager was arrested the following day.

Teen confesses to sexual assault after being questioned on livestream

On Monday (22 Nov) night, the teenager confessed to sexually assaulting a girl on a live stream hosted by an anonymous account which has been deleted.

Snippets of the livestream were later shared on TikTok — the teenager’s frame is the one in the top right corner.

During the livestream hosted by influencers @shamrahman7 and @LukeyNews, the teen appears to be shying and hiding from the camera. 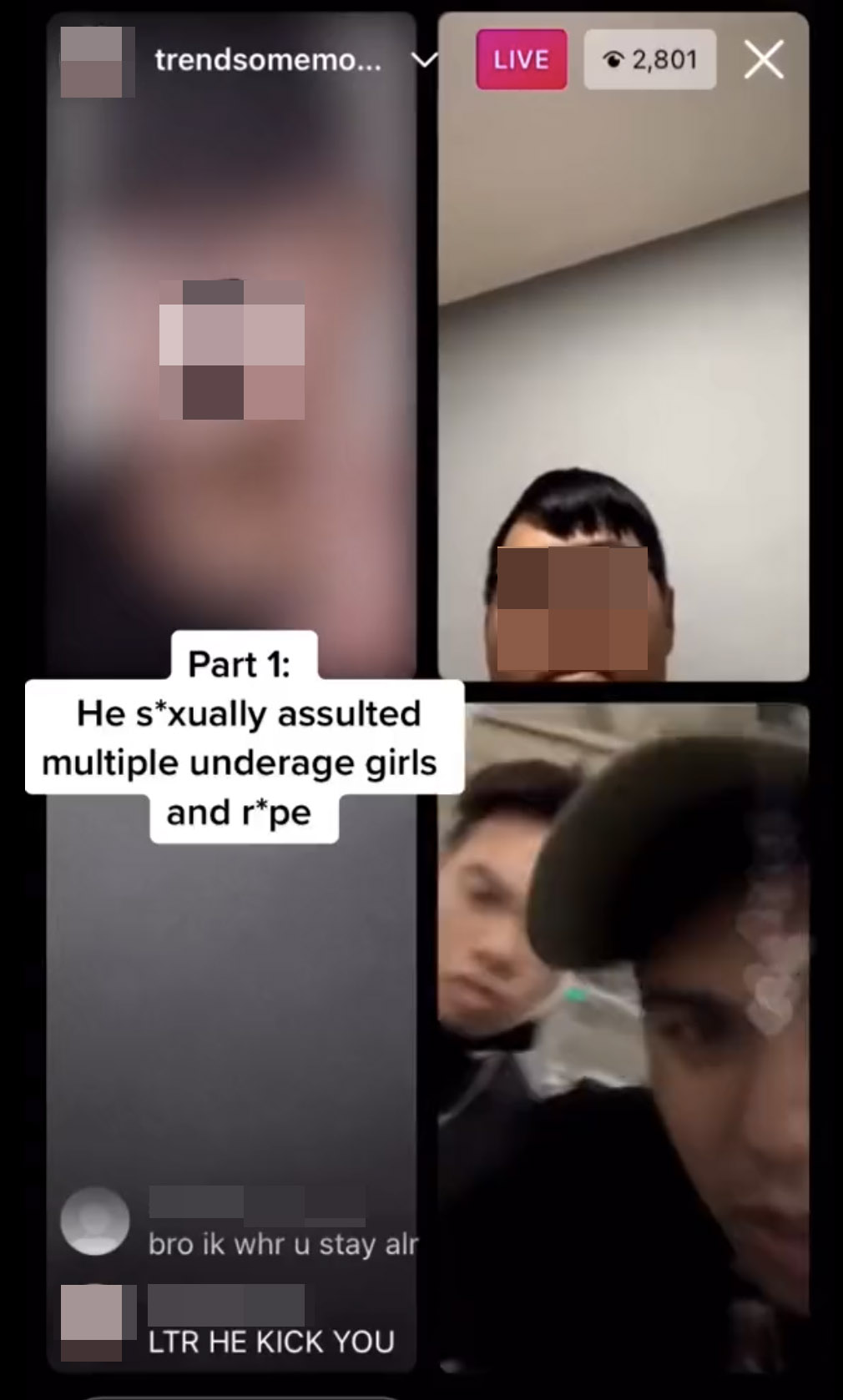 The teen then said he would like to apologise for what he had done, elaborating that he knew ‘it’ was wrong.

He continued that he was trying to change himself when the saga blew up recently.

When questioned by the influencers about what exactly he had done, the teenager admitted to sexually assaulting a girl when she was intoxicated.

After further questioning, he eventually said that she did not give consent.

Promised to turn himself in

The influencers then urged him to confess to the police and do right by the girl. 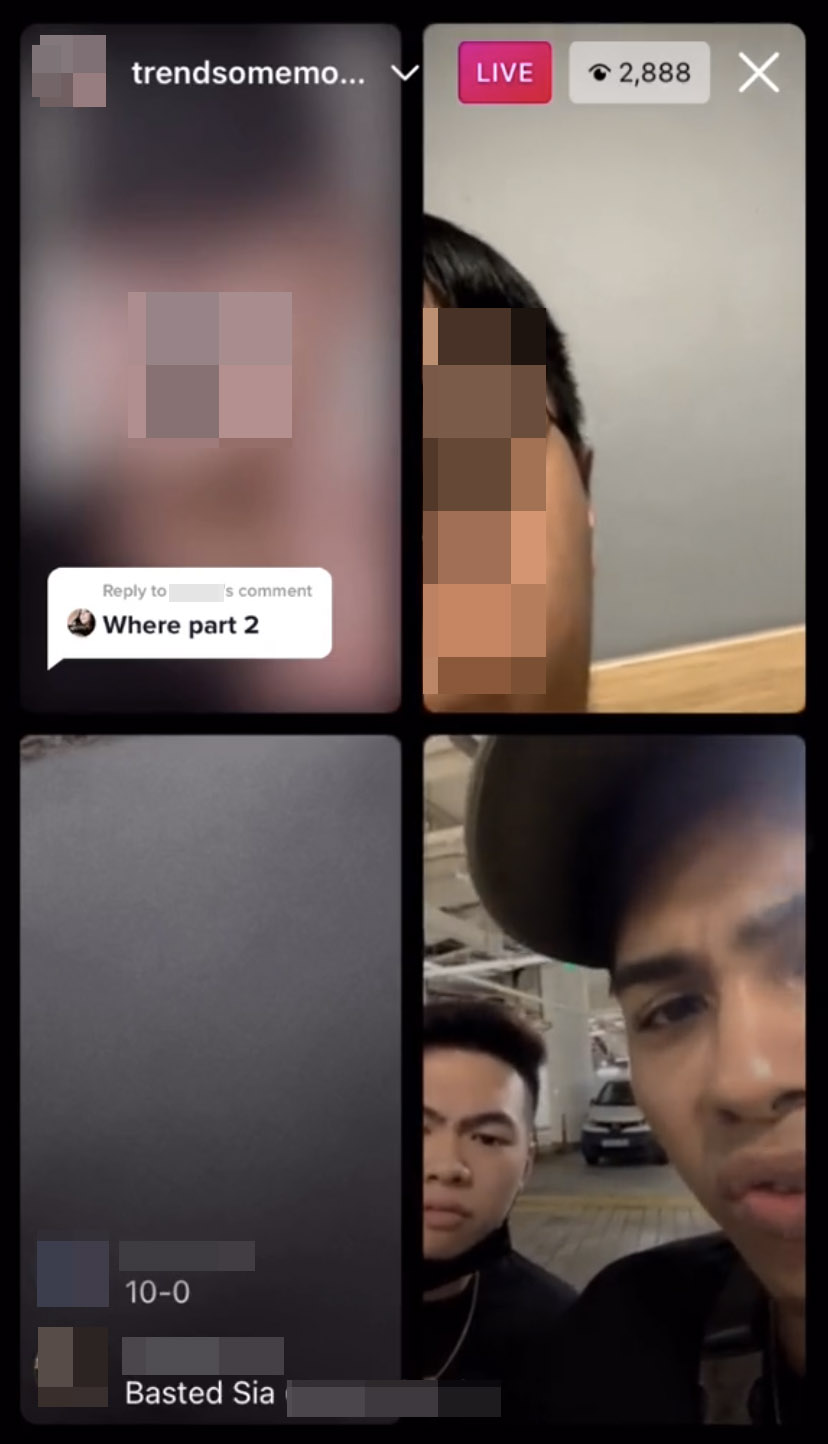 When asked if he would do so, he took a deep breath before hesitantly saying he would file a police report.

Following that, the influencers made him pinky promise that he would keep to his word and turn himself in. 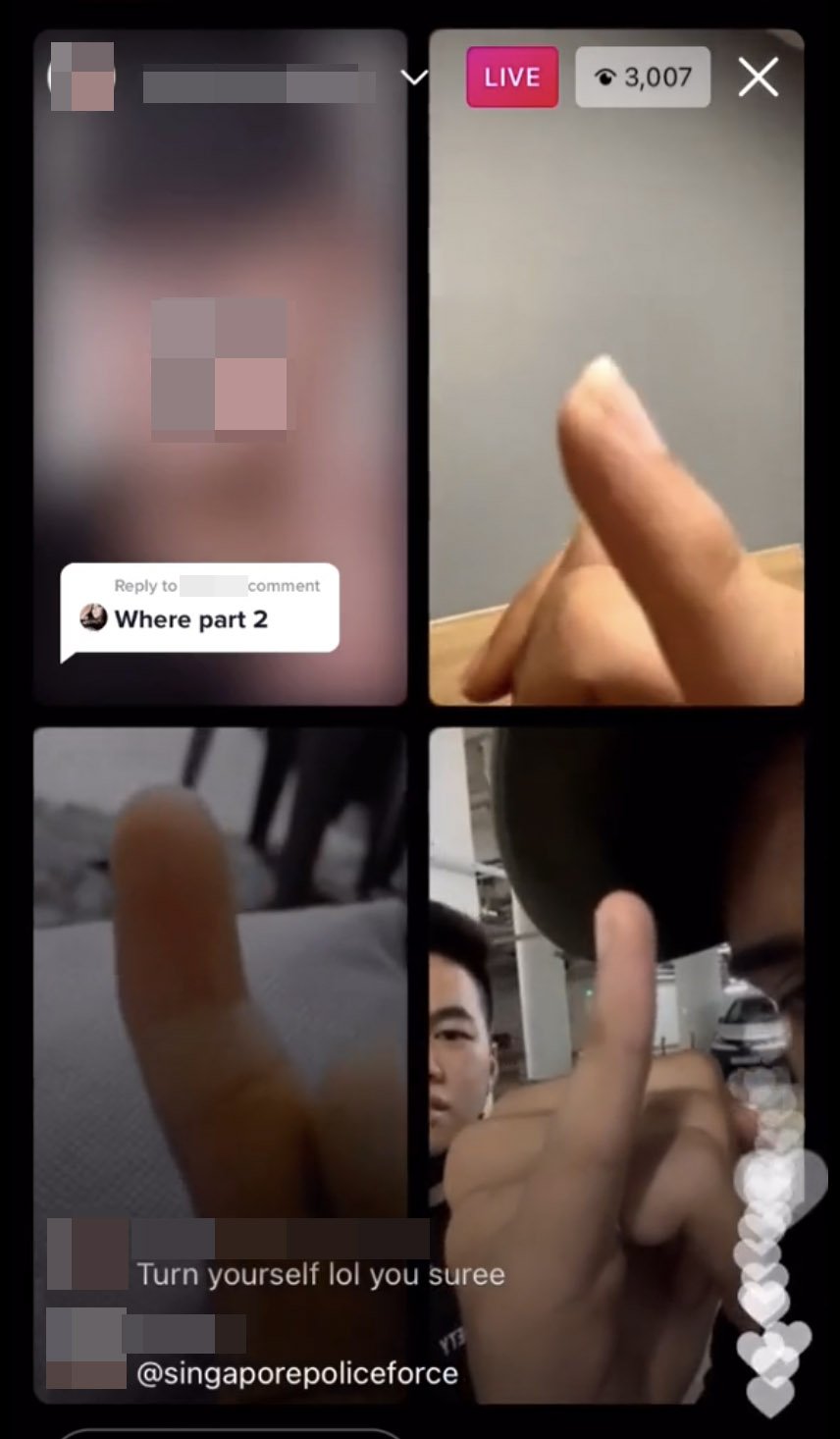 At the time, over 3,000 people were watching the livestream.

Arrested by police on 23 Nov

On Wednesday (24 Nov), the police shared that they received multiple reports on 22 Nov about a teenager in relation to a sexual assault case.

The 18-year-old was arrested on 23 Nov, a day after the reports were lodged.

According to Channel NewsAsia (CNA), the sexual assault case allegedly took place at a residential unit along Towner Road back on 21 Sep.

Police are now conducting investigations to check if other victims are involved in the case.

The teenager will be charged today (25 Nov) for sexual assault involving penetration. He will be remanded for further investigations.

If found guilty, he faces up to 20 years’ jail, fine, and caning.

The police said that all sexual assault reports are taken seriously. Perpetrators will be dealt with severely in accordance with the law.

They also encouraged sexual assault victims to come forward to report the crime, assuring that a victim-centric approach will be taken throughout investigations.

Sexual assault is extremely traumatising. If you are a victim, you can seek support through various channels here.

Featured image adapted from yourauntieah on TikTok and TikTok.