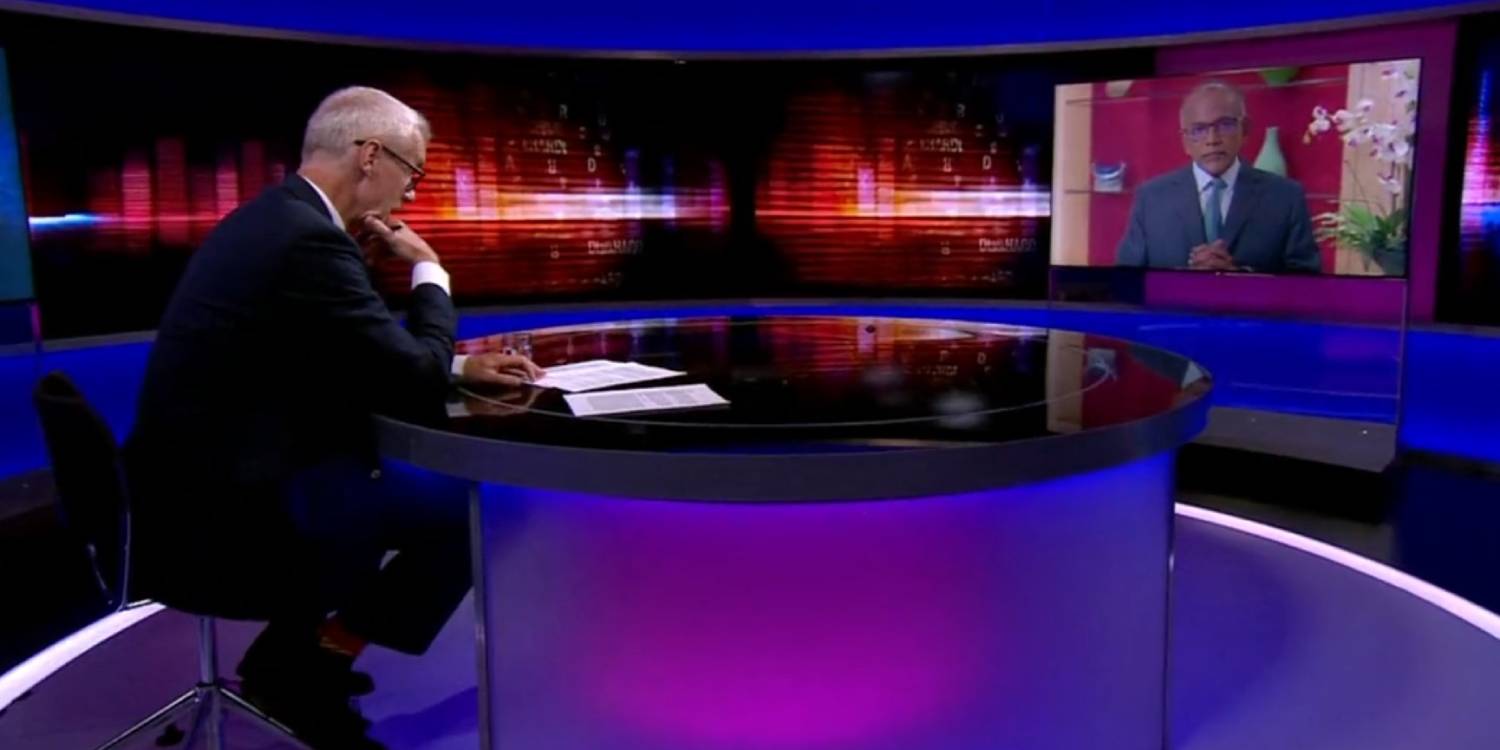 Mr Shanmugam also pointed out that Southeast Asia is a region "swimming in meth".

Recently, Singapore made international headlines for an issue that divides many — capital punishment. That’s especially given the recent execution of Malaysian drug trafficker Nagaenthran Dharmalingam.

On Wednesday (29 Jun), Law Minister K Shanmugam defended Singapore’s use of capital punishment during an interview on BBC’s HARDtalk programme. 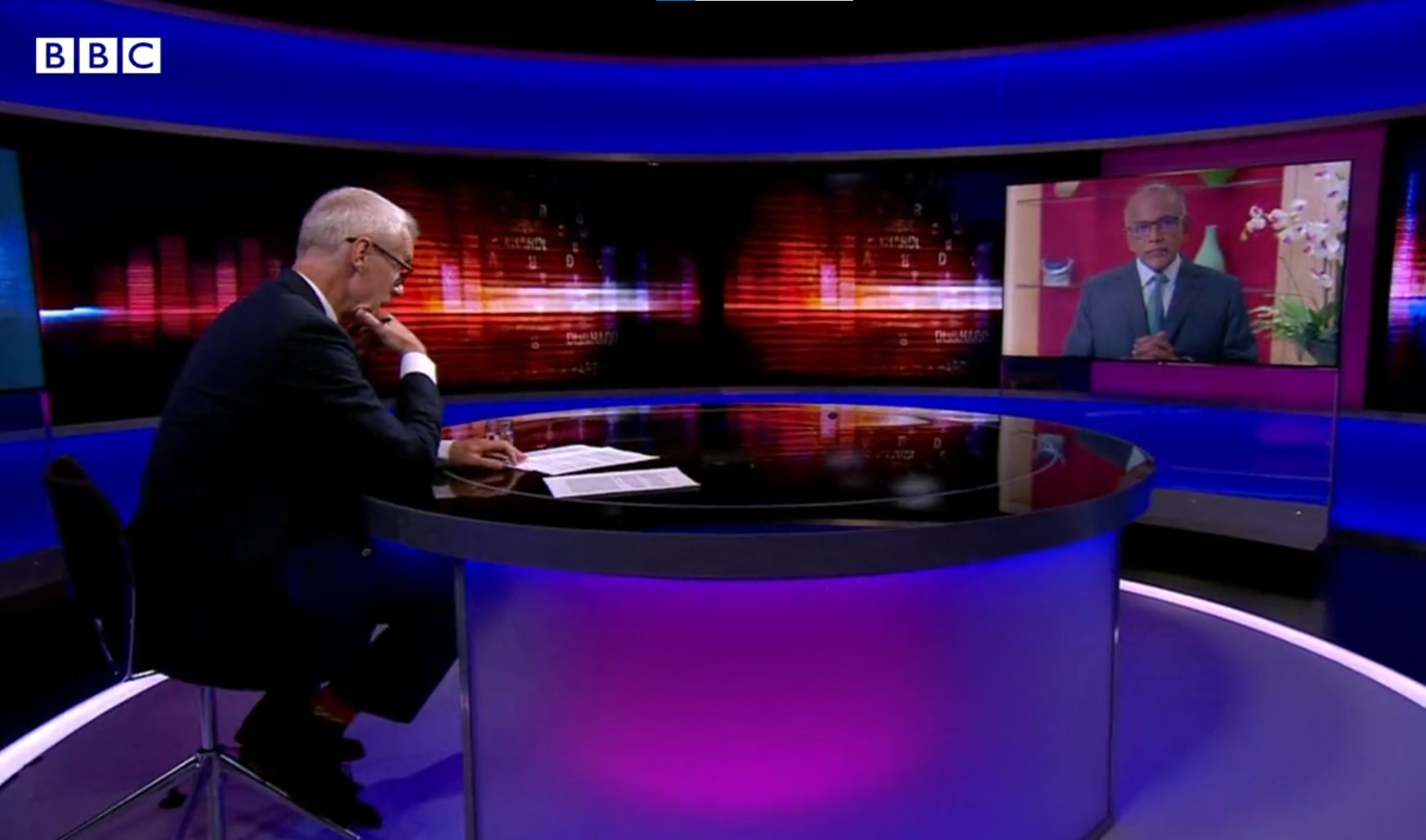 When questioned, the minister opined that the death penalty has saved “thousands of lives”. It has also allowed Singapore to thrive in a region rampant with drugs.

During the BBC interview, journalist Stephen Sackur asked Mr Shanmugam if he had doubts about the death penalty imposed on drug traffickers.

Without missing a beat, the minister replied, “I don’t have any doubts”.

Capital punishment, he explained, is only one aspect of a series of measures Singapore employs to deal with drug abuse.

He went on to say that there is “clear evidence” that it is a “serious deterrent” for would-be drug traffickers.

Mr Shanmugam goes on to illustrate the “devastating impact” of drugs. Citing a WHO report in 2021, he said there were 500,000 deaths worldwide linked to drug abuse in a year.

Mr Shanmugam also addressed the need to crack down on drugs given how they’ve affected other countries.

While Mr Sackur agreed that it’s a serious problem, he zoomed in on one of Singapore’s most high-profile execution recently.

34-year-old Malaysian Nagaenthran Dharmalingam was caught with three tablespoonfuls of heroin while entering Singapore in 2009. He was convicted and sentenced to death a year later.

In the years leading up to his execution, it was widely alleged that Nagenthran suffered mental impairment and had an IQ of 69.

The law minister was subsequently asked if executing a person with an intellectual disability after being on death row for more than 10 years is “proportionate and compassionate”.

Mr Shanmugam was quick to correct the information. He said that a psychiatrist called by the defence confirmed that Nagaenthran was not intellectually disabled. The Courts had also reportedly found that he had “the working of a criminal mind”.

The minister then mentioned a similar case in the US where two men of similar IQs were executed back in 2021.

In response, Mr Sackur said the issue extends beyond just the singular case — it’s about Singapore’s reputation in the world.

After all, in May, the United Nations deemed executions of persons with intellectual disabilities “unlawful killings” and a violation of rights.

Asked about the merits of capital punishment, Mr Shanmugam simplified the issue — Nagenthran brought in drugs to make money, had the workings of a criminal mind, and was deemed not intellectually disabled. 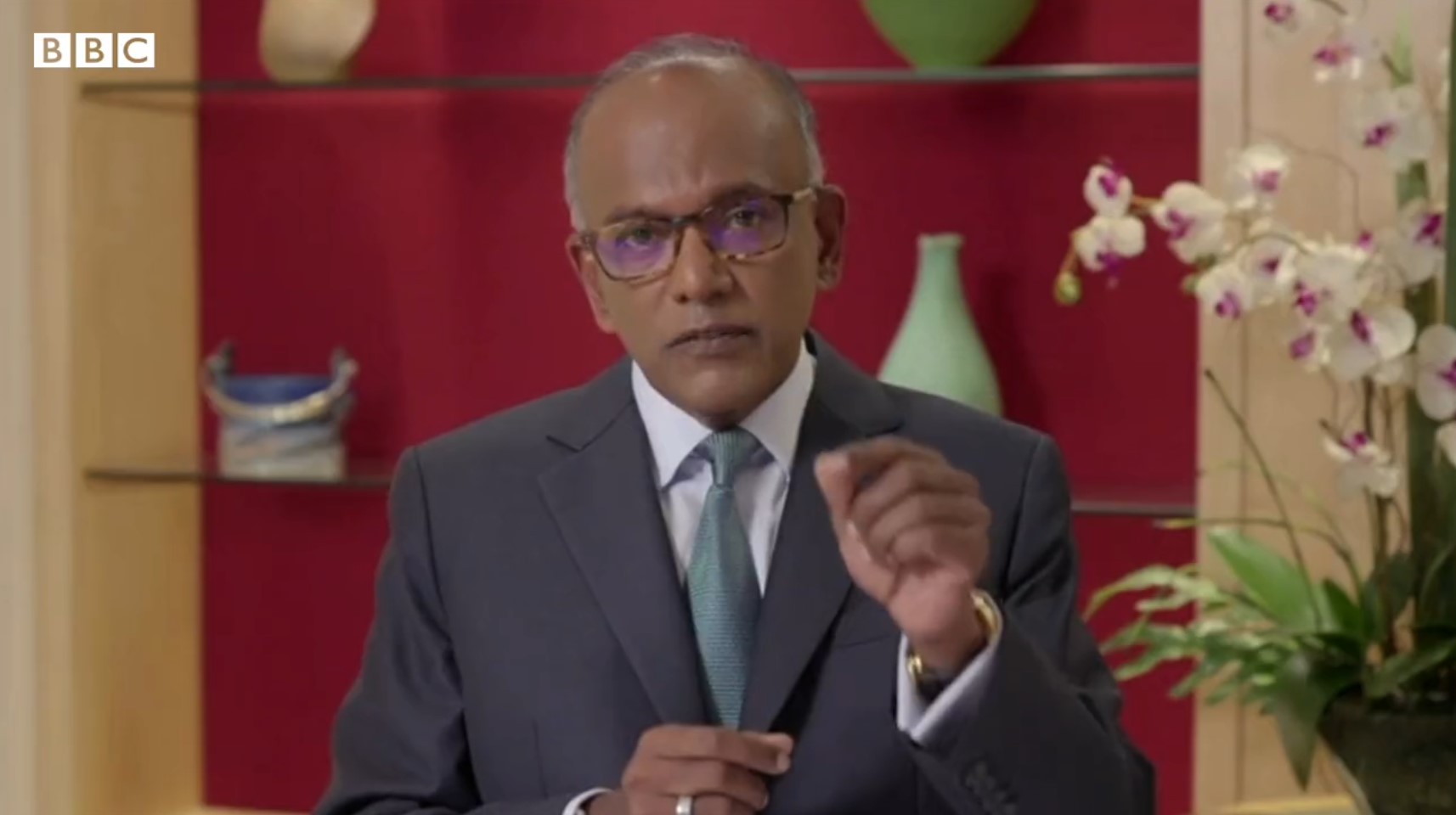 When it comes to the government’s tough stance on drugs, Mr Shanmugam said it’s all about saving lives.

The minister shared that back in the 1990s, Singapore was arresting about 6,000 people per year. Now, despite being surrounded by more drugs in the region, Singapore is wealthier.

It is especially notable as the United Nations Office on Drugs and Crime (UNODC) said Southeast Asia is “swimming in meth”.

Mr Shanmugam then implied that it is better to set standards in our judicial system and be challenged by the international community than to let drugs take root in Singapore.

When asked if Singapore has “about 60 people” currently on death row due to drug offences, Mr Shanmugam replied in the affirmative while pointing out that,

We also saved thousands of lives.

Mr Sackur then questioned if Mr Shanmugam is prepared to see Singapore’s reputation sink due to his “draconian decisions”.

In response, Mr Shanmugam said the most important thing is “the lives of Singaporeans and protecting Singaporeans”.

He shared that while the news often covers individual traffickers’ executions, they neglect the dire drug situation in Southeast Asia and the thousands of lives at stake.

Mr Shanmugam then referenced a well-known quote, suggesting that media outlets might be paying too much attention to a single execution and downplaying the lives that it might’ve saved,

A single hanging of a drug trafficker is a tragedy; a million deaths from drug abuse is a statistic.

Continues to be a divisive issue

Throughout the years, Singapore has had an unwavering stance toward drug traffickers and capital punishment.

Despite that, the death penalty continues to be a contentious issue that divides Singaporeans.

While that debate is unlikely to stop any time soon, it’s hard to argue against the fact that the law has enabled the authorities here to clamp down better on drugs.

Do you agree with Mr Shanmugam’s points? Share your thoughts in the comments below.