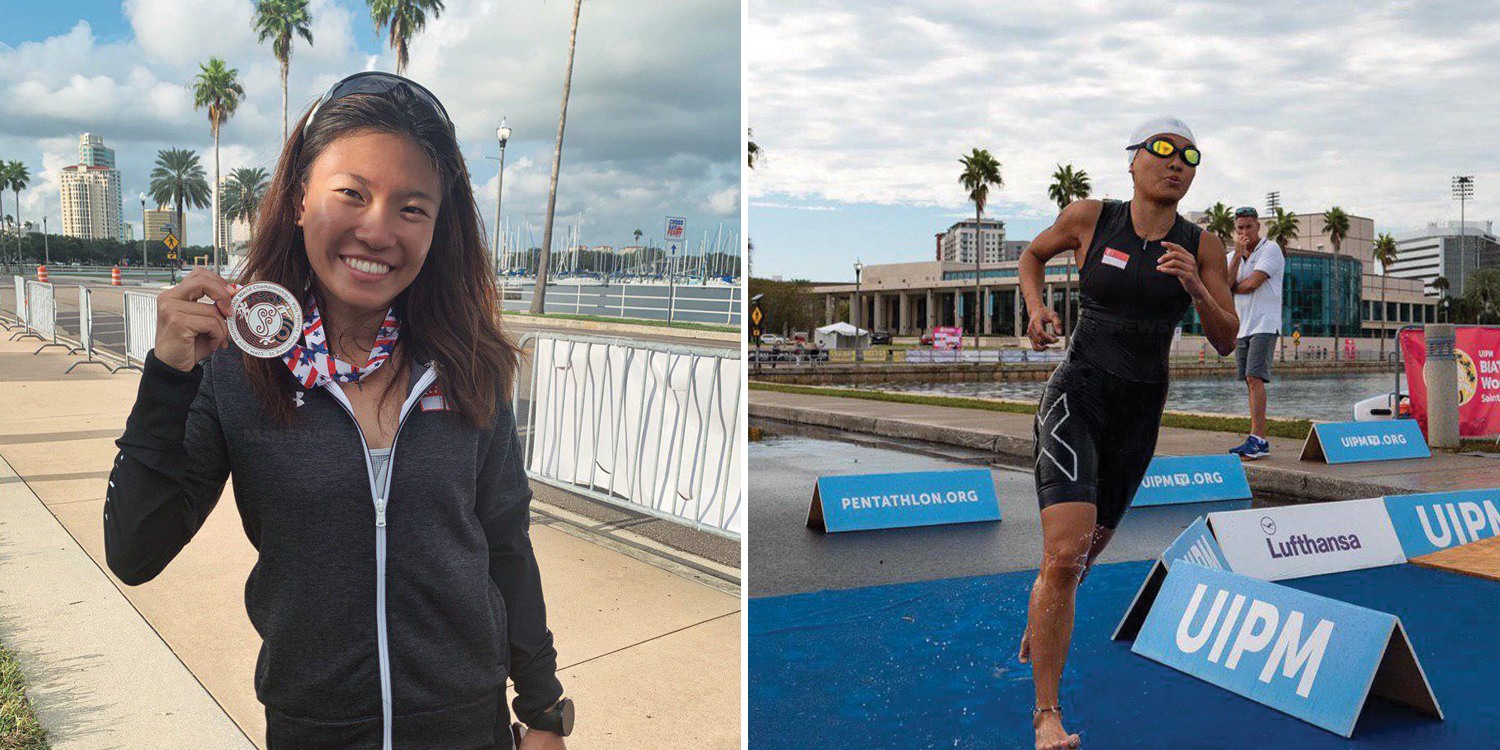 Shermaine posing with her medal.

This incredible 3rd place finish left the other competitors, as well as Shermaine herself, shocked as nobody thought that she would be able to accomplish the amazing feat.

Medal was a surprise for Shermaine

Singapore Modern Pentathlon Association (SIMPA) president Cassandra Choh told The Straits Times that she never expected Shermaine to win a medal due to the intensity of the race at an international level.

Even Shermaine and her family did not bring the smaller national flag used for the award ceremony out of the hotel room because they did not expect her to win. 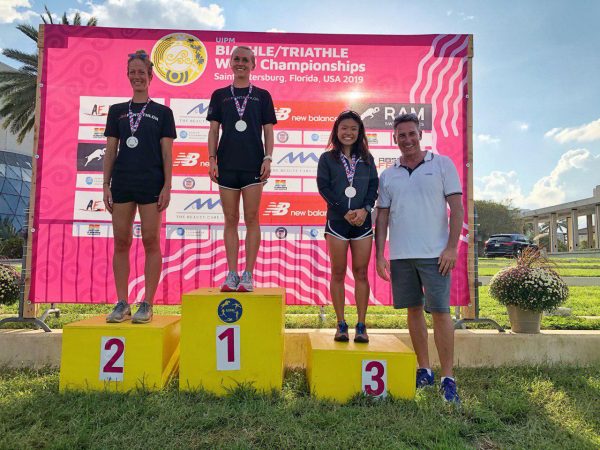 Shermaine & her coach Bernhard Petruschinski on the podium

Shermaine told MS News that it was a huge relief knowing that all her efforts, waking up at 5:30am to constant body sores, going through brutal training sets and controlling her diet, paid off.

She added that she respects all athletes who go through a similarly gruelling training process, as she knows it’s not an easy one. A bit of simple advice she has for fellow athletes out there is:

When the going gets tough, remember we are all not alone. 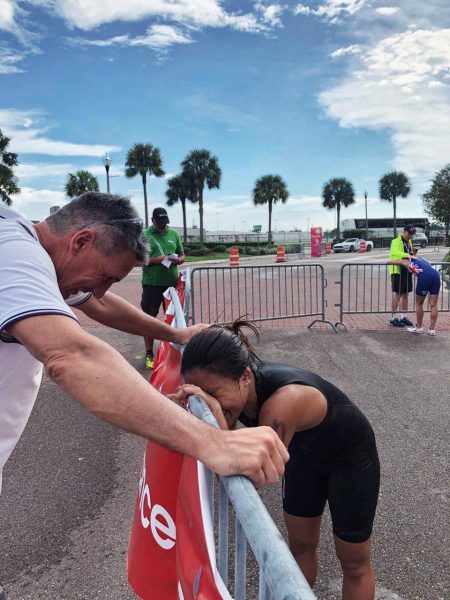 The pentathlete, who is also a business development executive at The Smart Local, mentioned that it was a surreal moment for her when she was told that she finished 3rd in the race, comparing her feelings to every Singaporean’s favorite bubble tea.

it feels surreal. it’s like drinking bubble tea without the calories, and that’s pure happiness.

A Triathle – not to be confused with a triathlon – is a new competition created by UIPM that requires athletes to compete in a shoot-run-swim style race. 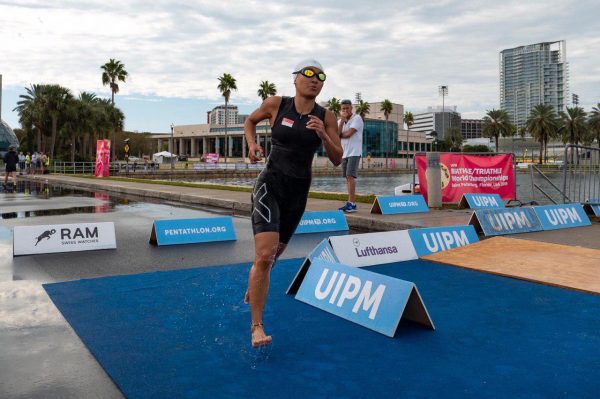 In the UIPM Triathle world championships, Shermaine and the other athletes had to complete the following stations:

During the competition, Shermaine found herself competing for the 3rd position with Britain’s Suzie Cave. 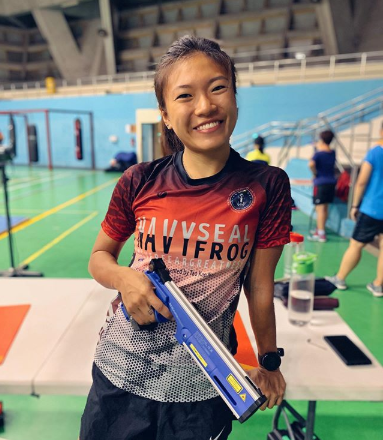 But Shermaine’s sharpshooting skills, which she honed in her days in Singapore Sports School, helped her pull away with the lead and finish 3rd.

Shermaine’s next target will be next month’s SEA Games, where she hopes to do Singapore proud by winning a medal.

She states that she will be competing in 4 back-to-back events and her competitors from neighbouring countries are strong. Hence, she will be putting in even more hard work prior to the games. 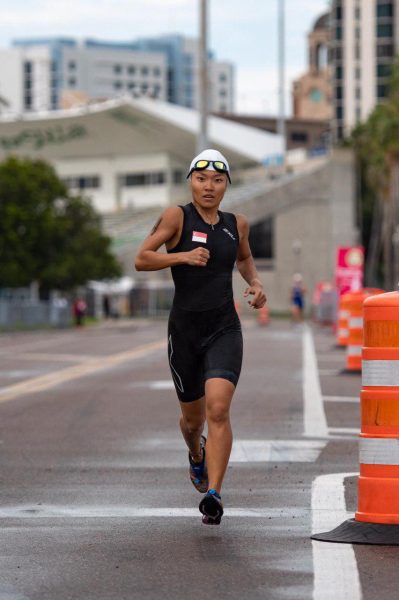 With such amazing talent and determination, we hope that Shermaine can do the nation proud and bring home a medal in the upcoming SEA Games.

Disclosure: MS News is an affiliate of The Smart Local, where Shermaine Tung works. All images courtesy of Shermaine unless otherwise stated. 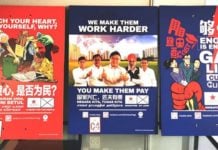