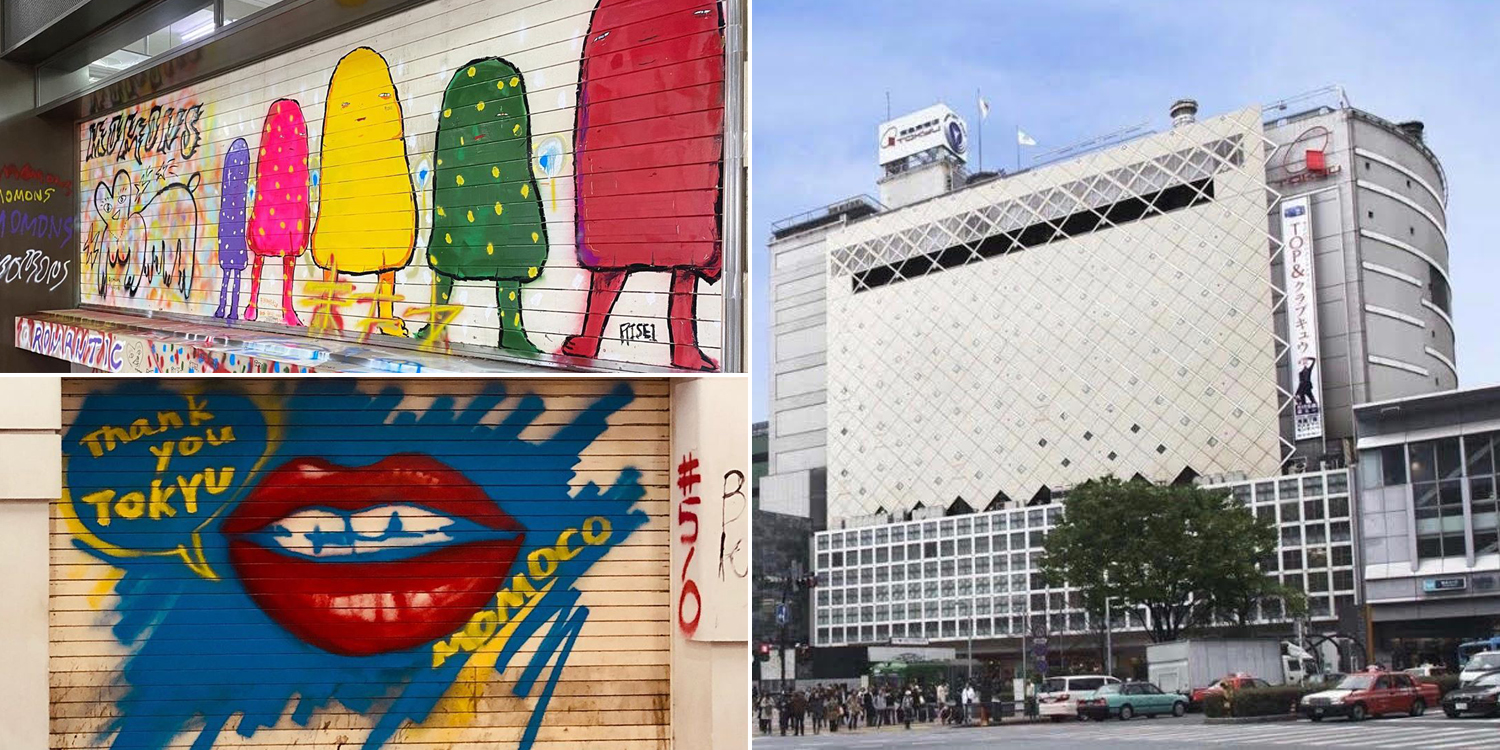 If you’ve gone to Tokyo’s Shibuya area, you’ve probably visited the Tokyu Toyoko Department Store there to binge on Japanese cuisine and browse for fashionable togs and cool gadgets.

Unfortunately, the next time you’re in Shibuya you won’t be able to do so any more, as the 85-year-old store is closing down for good on Friday (25 Sep) due to a massive redevelopment project. To say goodbye, an event called “#391045428 (#Thank You Tokyu Shibuya)” was held in collaboration with artists who painted their parting messages via graffiti. 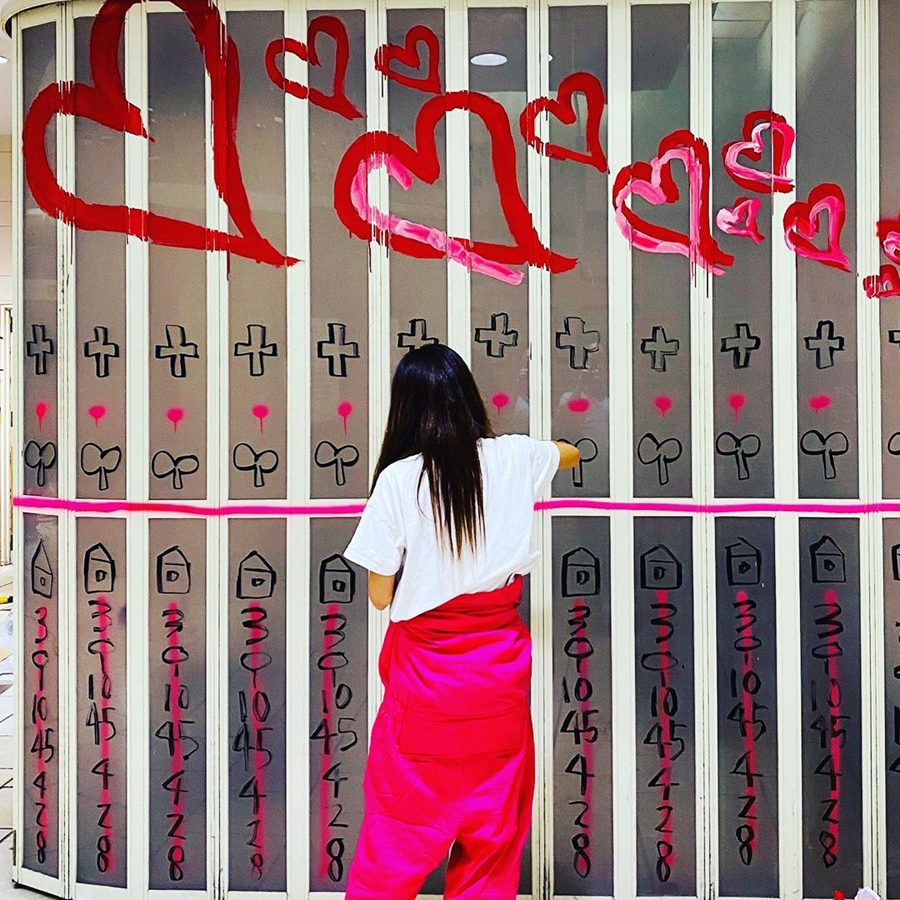 Why the number 391045428? We think it’s because the numbers as read out in Japanese sound like “Thank you, Tokyu Shibuya”.

Here’s a look at how local artists bade farewell to this iconic location.

Artists express gratitude to the location

Prior to the department store’s demolition, local artists were invited to express their goodbyes through graffiti, in an event co-sponsored by local companies BAKERU and Tokyu.

And probably because the building was going to disappear anyway, the artists were allowed to do so on the walls, shutters and even the floor of the premises. For example, the bittersweet words, “Gracias, Toyoko Shibuya” were painted on these tiled floors. 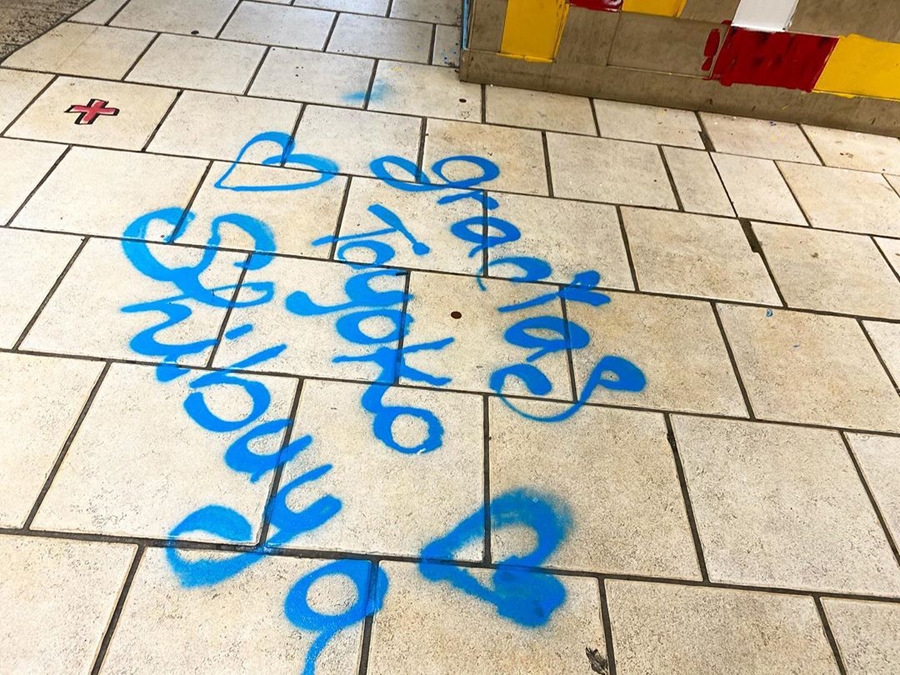 Another meaningful message featured a dog conveying gratitude, while encapsulated in a colourful heart. 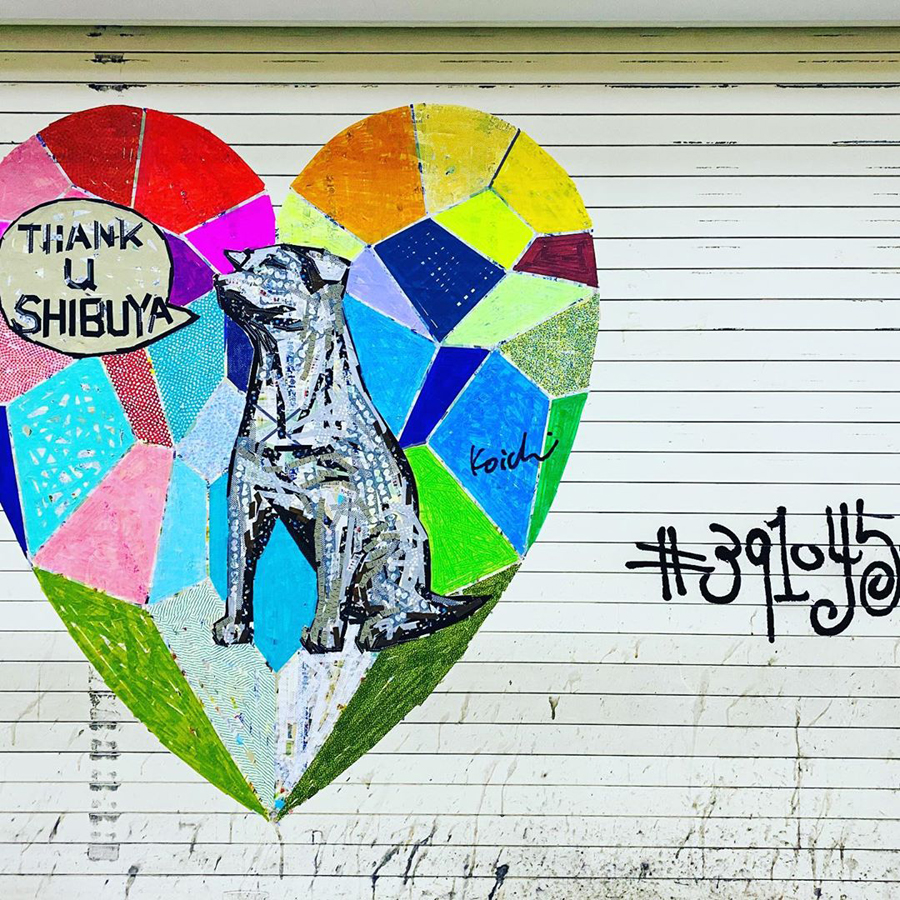 Since many of us can’t say goodbye in person, these lips will say it for us instead. Although their meaning is shrouded in mystery, we think it may represent their memories of the building’s numerous outlets. Perhaps if you had spent some time in this 9-storey store, you’d also feel grateful for the moments you shared with friends and family there. 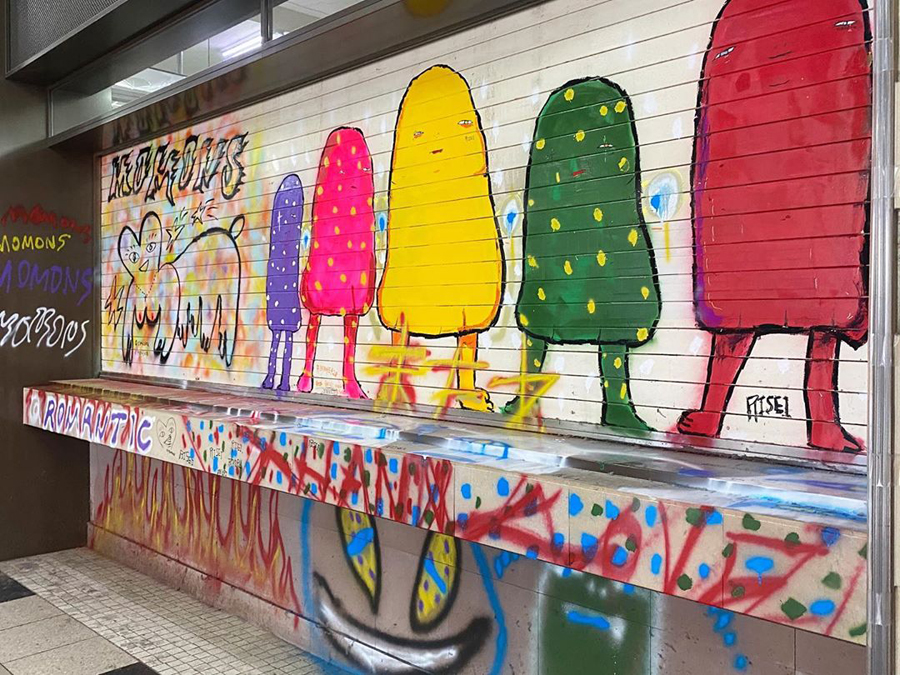 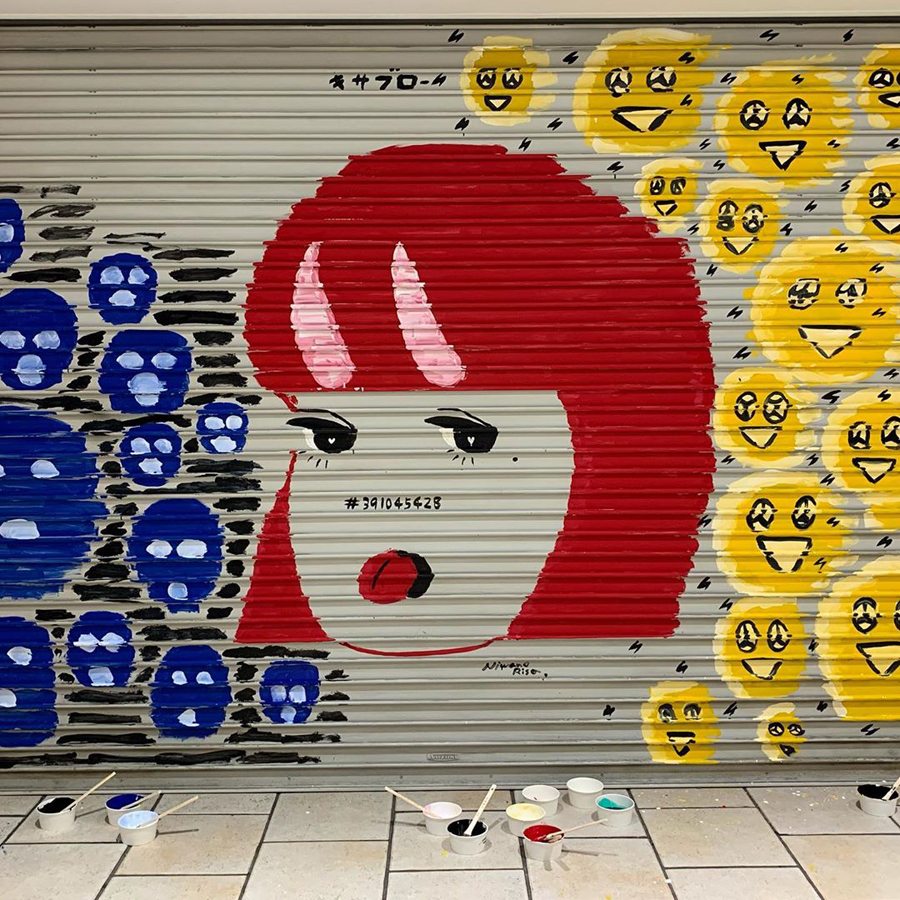 Another artist decorated the stairs in neon pink patterns with the hashtag #391045428 as a tribute to the campaign. 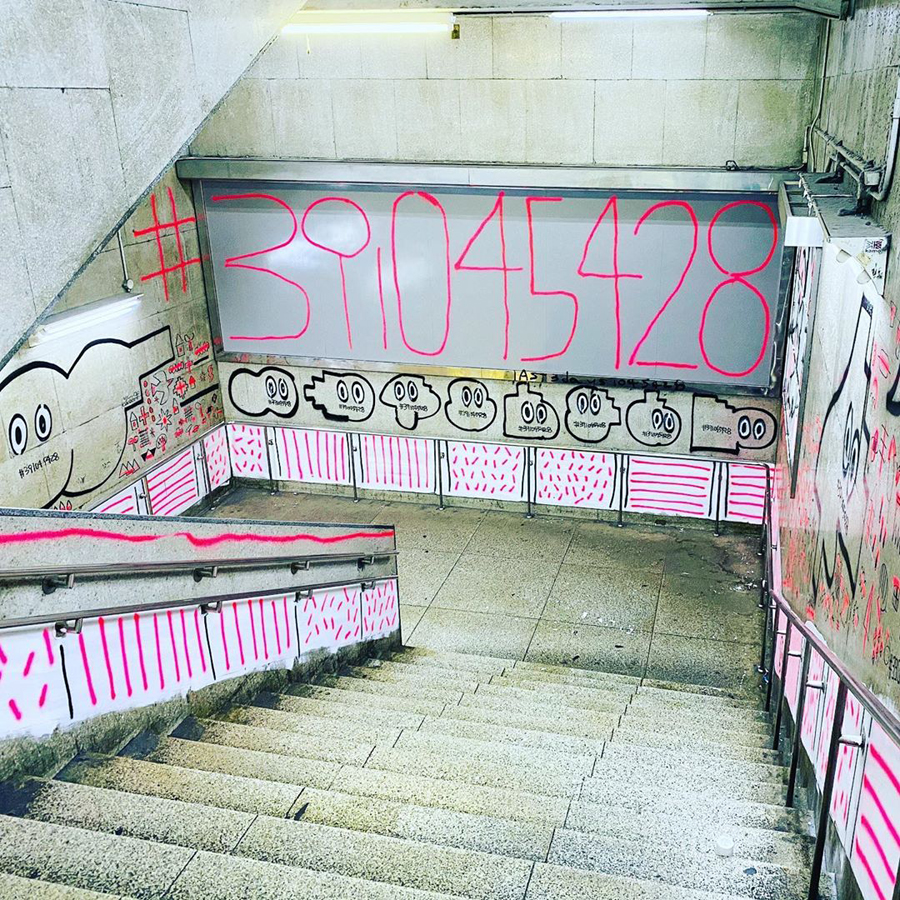 The Tokyu Toyoko store was popular for its close proximity to the Shibuya station.

The building is also connected to Shibuya station. 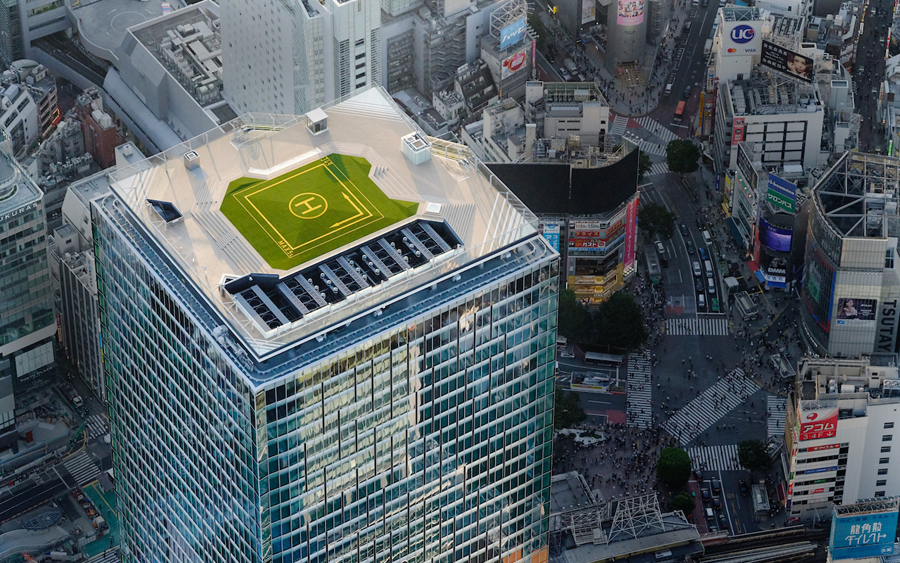 Sad to say, nothing lasts forever. Yet, the memories spent in Tokyu Toyoko Department Store will remain in the hearts of those who frequented it

In the meantime, you can explore the hashtag #391045428 on Instagram to check out the final goodbyes of the local artists.

While you’re at it, you can also bookmark Shibuya Scramble Square when we can finally return to Japan.