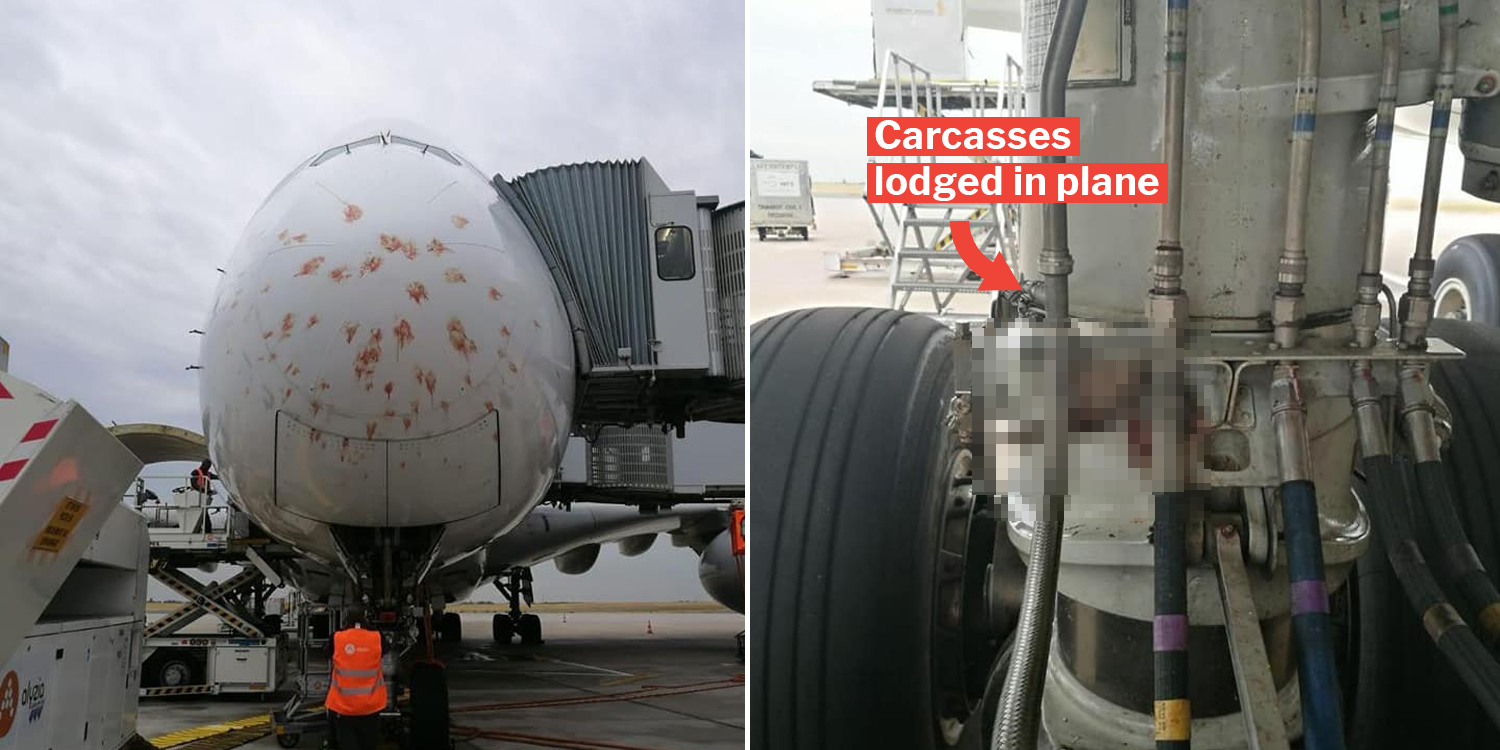 What was supposed to be a casual outing to the Louvre turned out to be a gruesome nightmare for a flock of birds on the morning of 11 Jul.

They were flying across the runway when a plane belonging to the Singapore Airlines (SIA) smashed into them, killing all (probably) who were unfortunate enough to be in its path.

Be warned, the pictures below may be disturbing.

Dead birds lodged in parts of the plane

The aftermath wasn’t a pleasant sight. The carcasses of the birds were lodged mostly in the plane’s landing mechanism.

The cleanup thereafter caused a 45-minute delay to the next flight.

Though unfortunate for the birds, there was really nothing the plane could’ve done to avoid them. The landing speed of the A380 – the SIA plane model – is about 260km/h. And if you take into account its mass, it becomes an almost an unstoppable force.

And fortunately for the 311 passengers on the plane, the carcasses of the birds did not run into the engines and cause a failure or fire.

To all birds, please avoid runways.