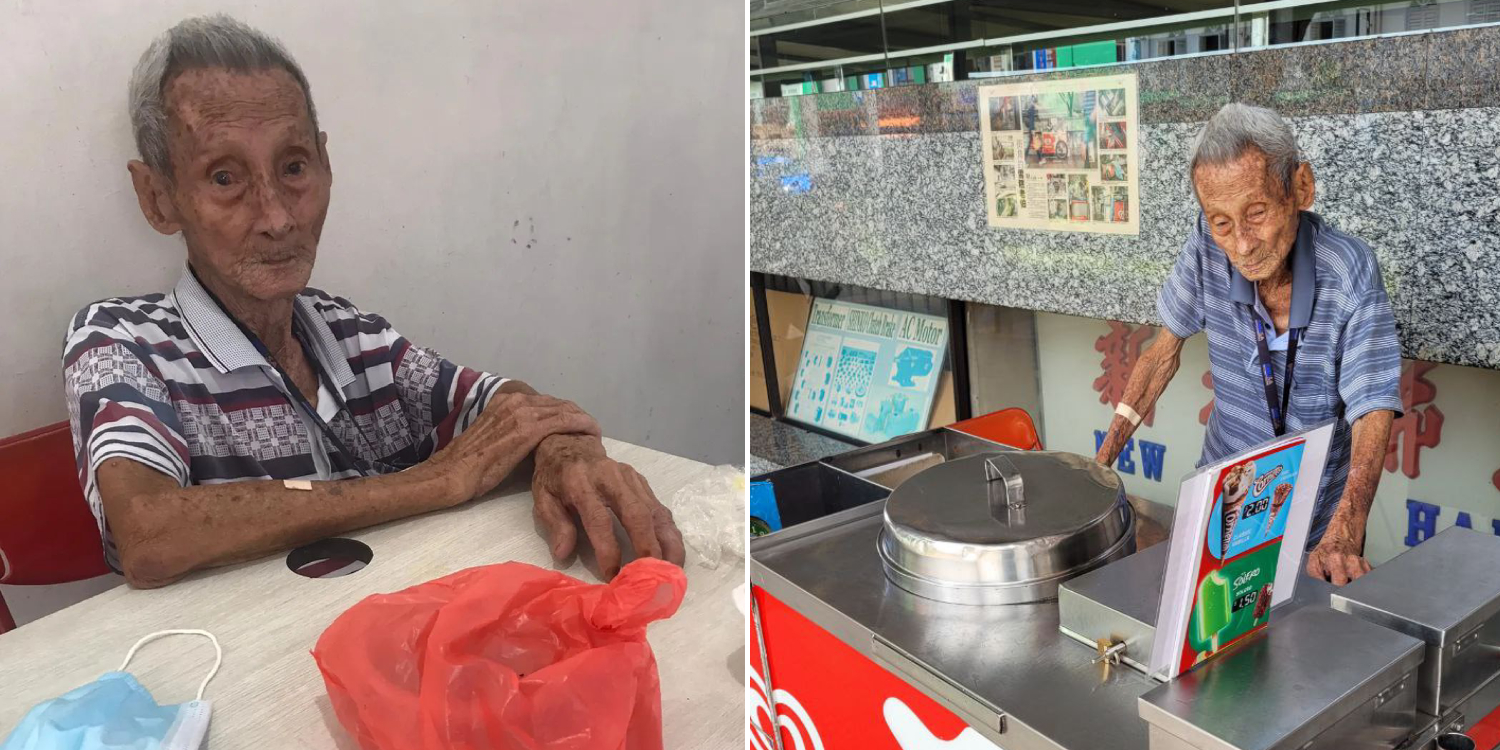 Keep on keeping on.

Previously, stories about an elderly man who sells ice cream at Sim Lim Tower went viral on social media as many rallied to support him.

However, Uncle Ng was hospitalised two weeks ago for fractured ribs.

On Sunday (27 Nov), Happy People Helping People Community shared that Uncle Ng is now back from the hospital and wants to continue selling ice cream at his familiar Sim Lim Tower spot. 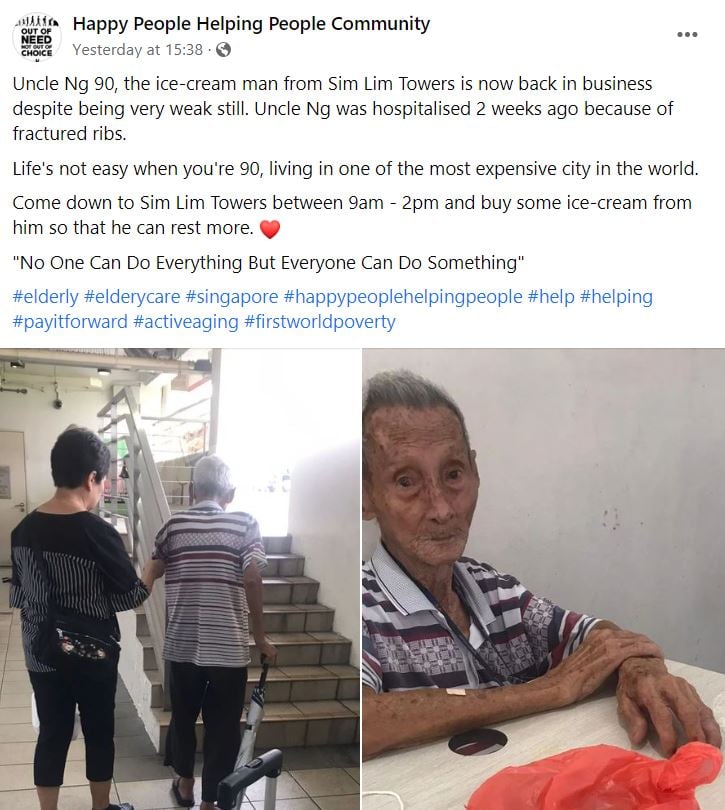 He’ll be there from 9am to 4pm daily.

Volunteers were not sure when he’d return to work after his hospitalisation, and advised Singaporeans not to visit Sim Lim Tower for the time being.

But according to a Facebook post from Happy Happy People Helping People Community, Uncle Ng is now back in business despite his delicate state.

When MS News went down to Sim Lim Tower on Monday (28 Nov) in the early afternoon, Uncle Ng was manning his ice cream cart alone in the sweltering heat.

Thankfully, the area is sheltered, protecting him from most of the sun’s rays. 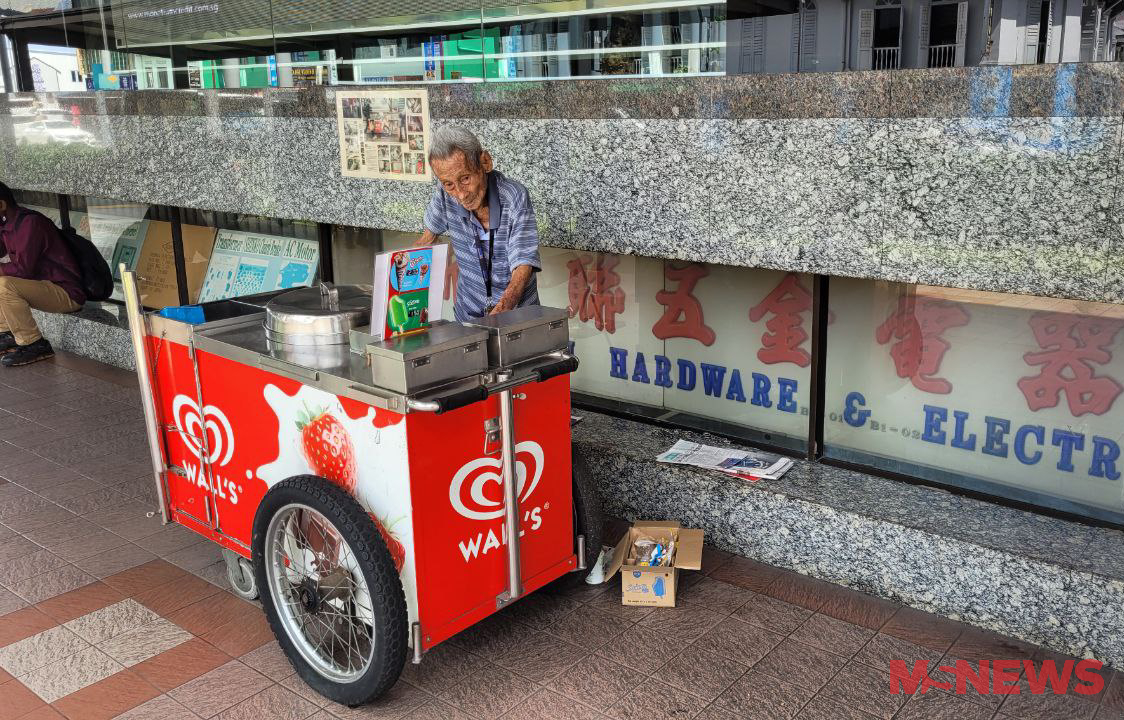 Although he appeared frail, he was readily serving ice cream and was having a Potong ice cream of his own when we visited.

He shared that he operates from 9am to 4pm daily, and will have his meal when he’s back home.

It does not appear that Uncle Ng wants to stop selling ice cream any time soon, however. While many have come forward to sponsor Uncle Ng, volunteers have said that the best way to support him is to visit and buy ice cream from him.

Support Uncle Ng if you’re in the area

It is good to see that Uncle Ng is doing okay after his hospitalisation. Though he’s already in his 90s, he is still determined to earn his own keep.

If you’d like to come down and support Uncle Ng, he is at Sim Lim Tower daily from 9am to 4pm. His ice cream starts from S$1.50.