She said it was the "best aeroplane meal".

Our national carrier Singapore Airlines has a stellar reputation for offering first-class service in the air.

But recently, one lady shared on TikTok that the airline has something else worth raving about — their laksa.

She shared that the laksa’s noodles were “QQ”, and the soup was also very “robust”, dubbing it the best airplane meal ever.

Netizens loved her food review, many saying that just listening to her made them hungry.

TikToker was on a return flight from Bangkok

On Monday (30 May), the TikToker shared a video about Singapore Airlines’ laksa.

Speaking in Mandarin, she started off by asking why nobody told her how good the laksa was. 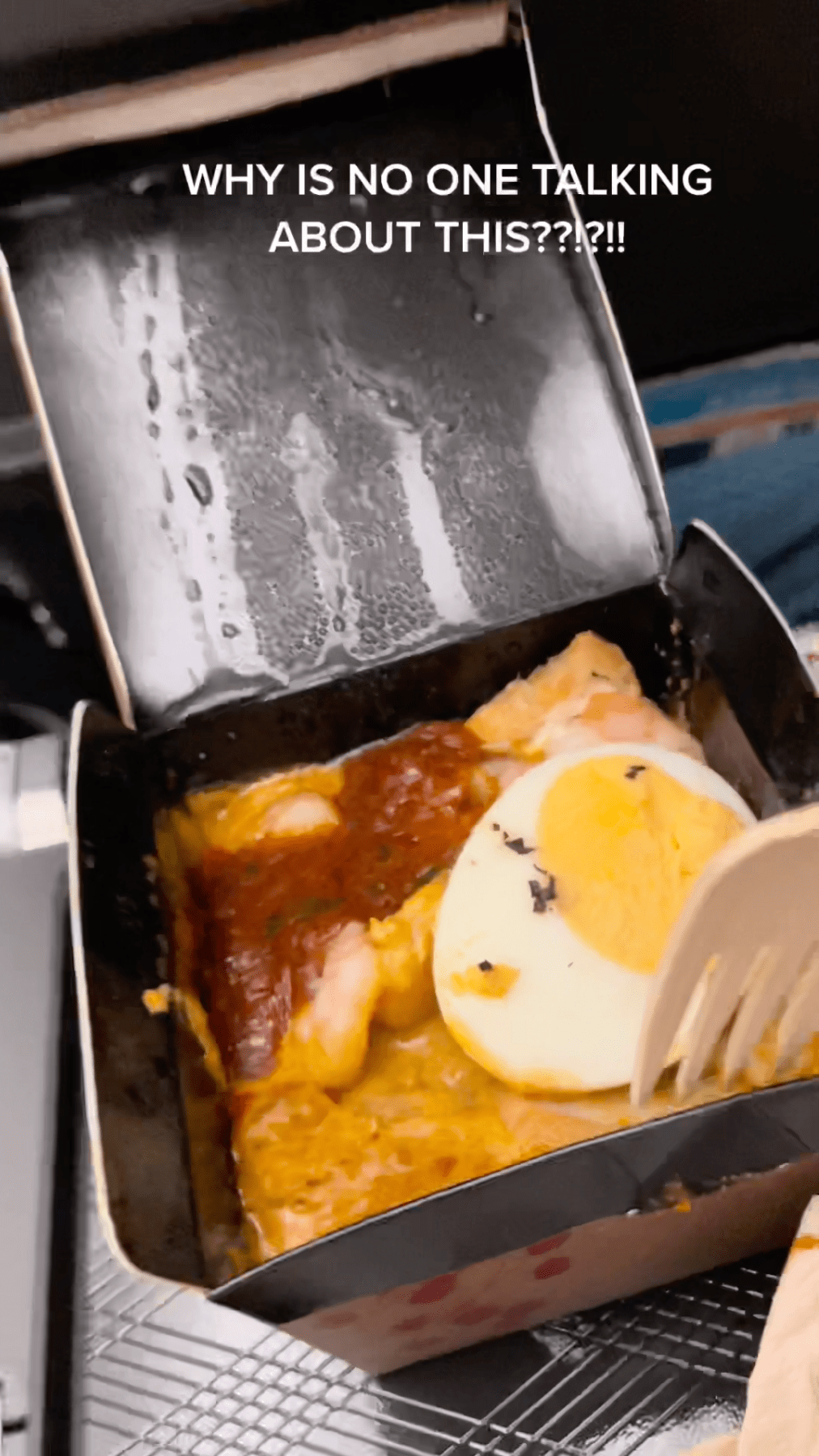 She was returning to Singapore from Bangkok when she heard a flight attendant asking the Caucasian man in front of her if he wanted chicken pasta or Singapore seafood noodles.

At the time, she wondered what Singapore seafood noodles was.

Her answer came when the flight attendant approached her and referred to it as “laksa” instead.

Immediately, she and her husband enthusiastically shouted “laksa” in response.

When she opened the box, the woman caught a whiff of the noodles’ fragrant smell.

Furthermore, she seemed amazed that the laksa was not dry and had soup, which was why it had to come in a bowl.

The TikToker said that the laksa was very generous, with prawns, fishcake, tau pok, and egg.

She described the noodles as being “QQ”, which means chewy and bouncy. The soup, she said, was also thick and “robust”. 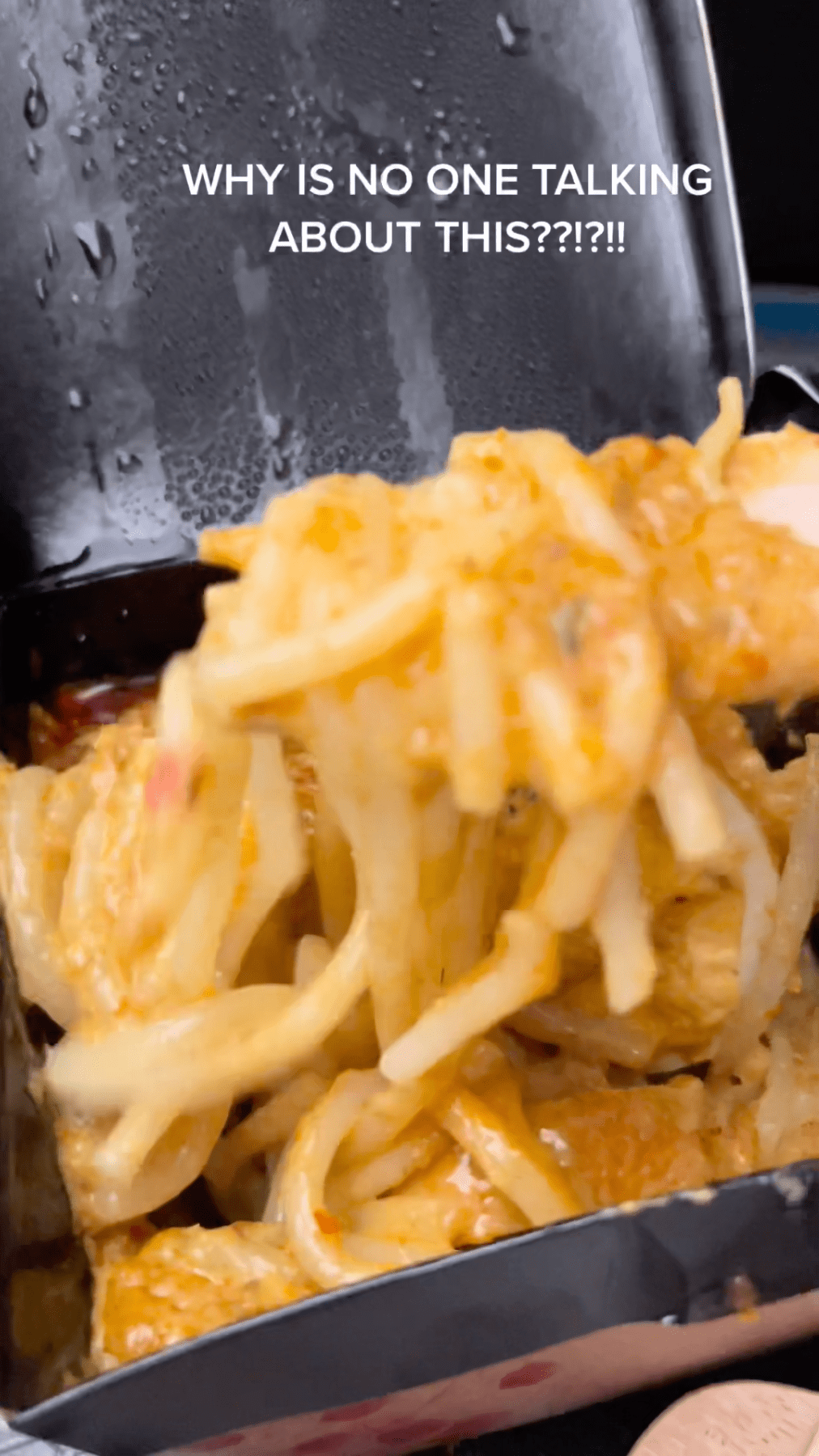 It was so good that she was tempted to pick up the bowl and slurp the soup up. 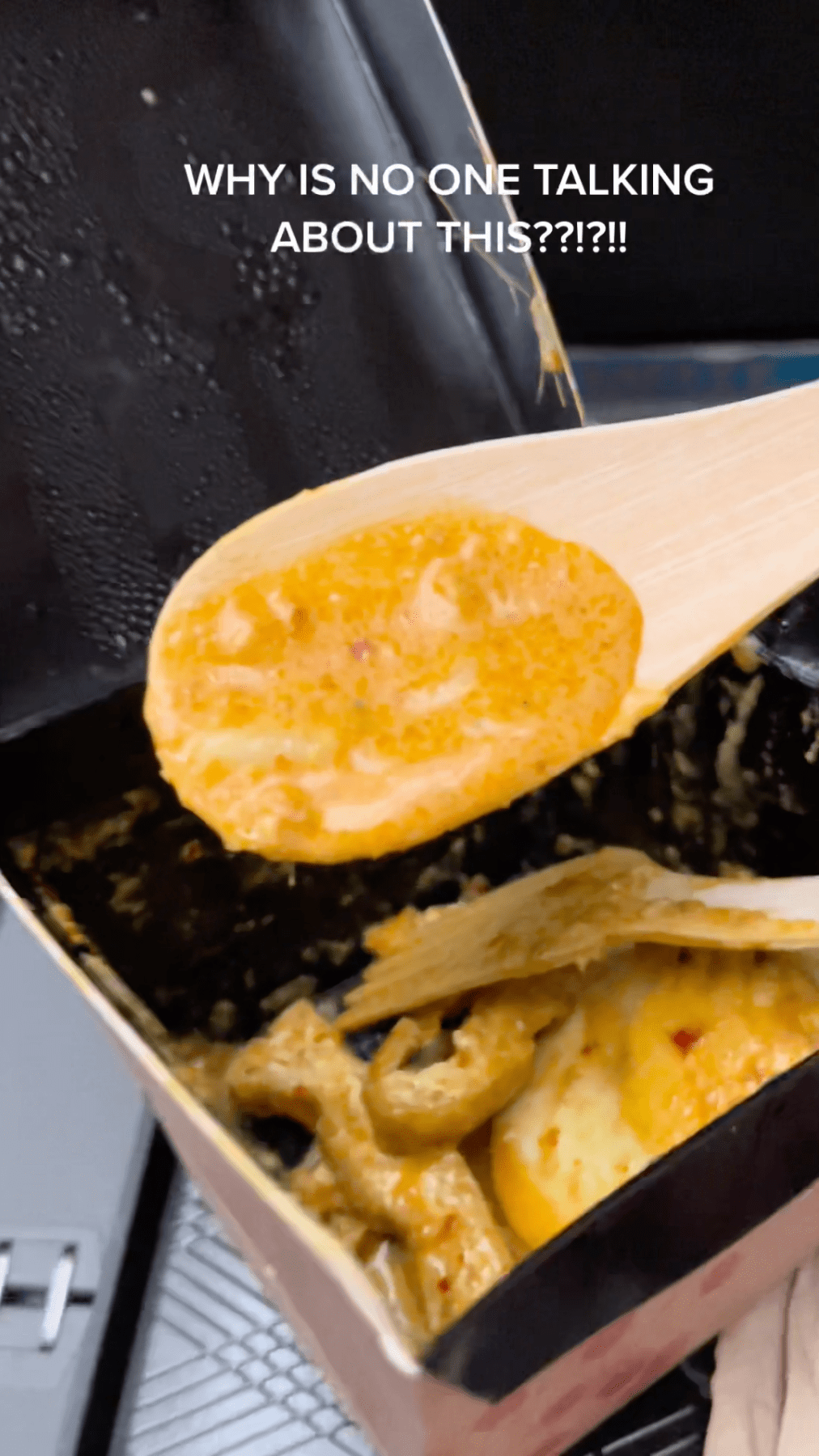 But she decided against it as she knew it was “very disgusting”. The lady then ended the video saying the laksa was the “best aeroplane meal”.

Netizens say it was the best SQ food review

Netizens appreciated the woman’s hilariously enthusiastic commentary, with some calling it the “best sq food review”.

This netizen said they were never a laksa fan, but her review made them want to take Singapore Airlines just to try it.

Some shared that they didn’t see laksa on the menu during their flights, and the TikToker clarified that it was only served on short-haul flights. 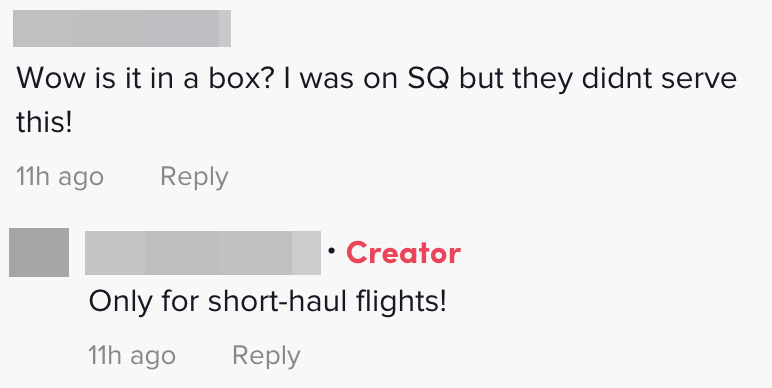 Try Singapore Airlines’ laksa for yourself

Airplane food usually has a bad rap for being overpriced and subpar.

But it seems that now, Singapore Airlines has upped its game, impressing travellers with genuinely sumptuous servings of local food.

So if you have plans to travel on Singapore Airlines to a nearby destination, don’t forget to try the laksa for yourself.