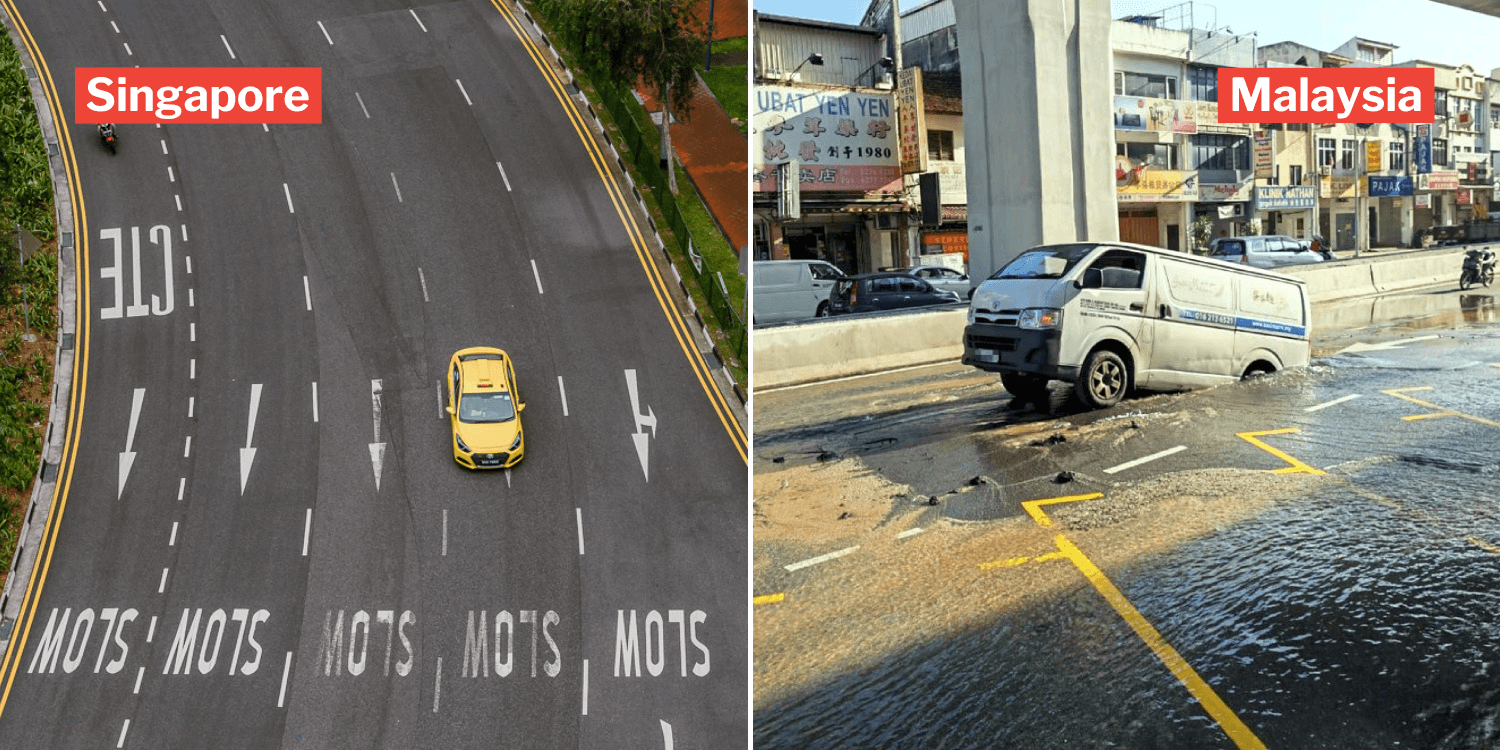 Singapore boasts a high distinction score of 9.44 out of 10.

If you’ve been paying attention to the news, you might’ve noticed a concerning number of traffic accidents happening here of late, some of which claimed lives.

However, that hasn’t stopped the Lion City’s roads from scoring pretty high marks in terms of quality.

Recently, driver’s education resource website Zutobi released its rankings of the best and worst roads in the world.

Coming in at number one in the ‘countries with the best roads’ list is Singapore, which received a road quality score of 9.44 out of 10. 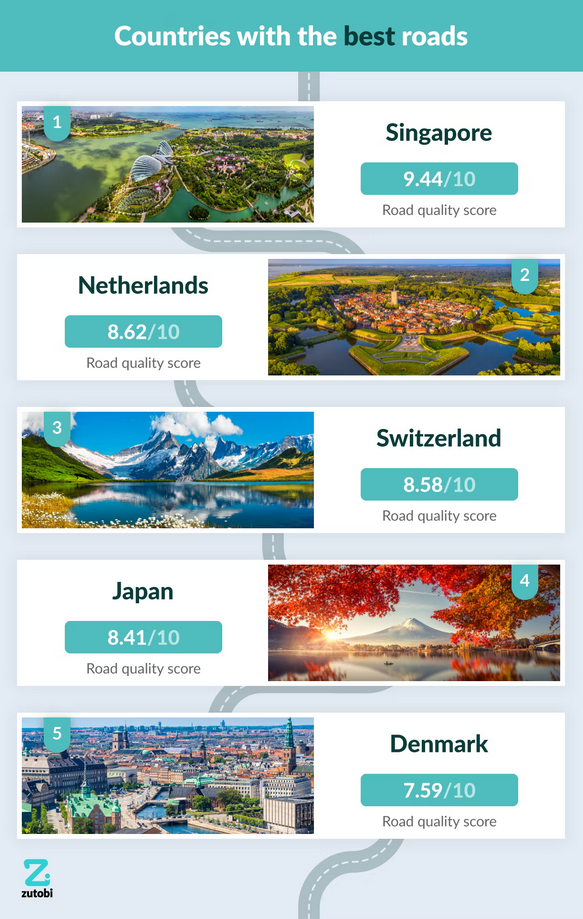 Zutobi ranks Singapore’s roads as best in the world

On 29 Sep, Zutobi shared their rankings of nations with the best and worst roads.

After excluding those with incomplete or missing data, they analysed a total of 59 countries and calculated road quality scores based on the following factors: Topping the best roads list is Singapore, which boasts a high distinction score of 9.44 out of 10 — the only country to get over nine points.

The road quality score was obtained from TheGlobalEconomy.com, where Singapore also ranked first with 6.5 points out of 7.

According to Zutobi, Singapore also has the fewest road traffic deaths, with 1.69 per 100,000 people. 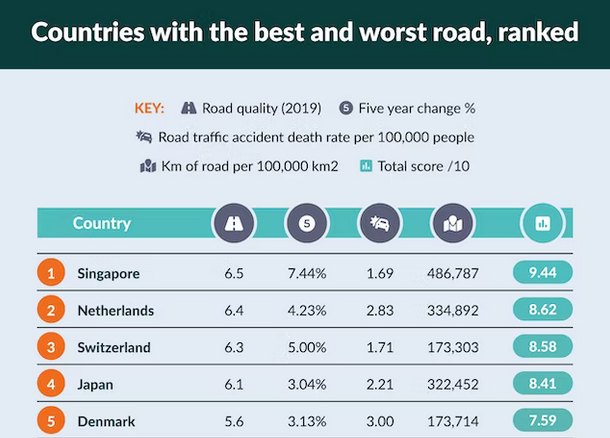 In second place is the Netherlands – which was ahead of Singapore in 2014 – followed by Switzerland, Japan, and Denmark.

On Tuesday (4 Oct), the Land Transport Authority (LTA) celebrated the achievement on Facebook, saying how “thankful” they are for this “feather in [their] cap”.

They also promised to keep up their efforts in maintaining and improving Singapore’s road infrastructure.

Not everyone seems to agree with Zutobi’s findings, though.

One user pointed out that there’s still a lot of roadworks going on in certain estates. He added that sometimes, one could even spot holes and uneven surfaces on the highway caused by heavy vehicles.

This netizen specifically called out Jurong Island Highway, which apparently has roads that are dry, cracked, and uneven, as well as poorly maintained pedestrian walkways.

In response to the negativity, this user urged others with nothing good to say to visit other countries to see what their roads are like before criticising Singapore.

And speaking of other countries’ roads…

Just across the Causeway, the quality of the roads dips significantly.

Zutobi ranked Malaysia as having the 12th worst roads in the world with a road quality score of 5.3. The country reportedly has 22 traffic fatalities per 100,000 people, the second highest score on the list in this category.

Overall, however, Malaysia still finds itself ahead of other countries like Saudi Arabia, Argentina, and even New Zealand, which has its winding and mountainous roads to blame for its position.

Best roads in the world or not, always drive safe

Having the best roads in the world won’t mean much if its users don’t adhere to traffic rules and drive safely.

So while this achievement is certainly worth celebrating and being proud of, always remember to be vigilant on the road.

Who knows, perhaps it’ll be possible to get even closer to a perfect 10 out of 10 road quality score.

Featured image by MS News & adapted from The Star.