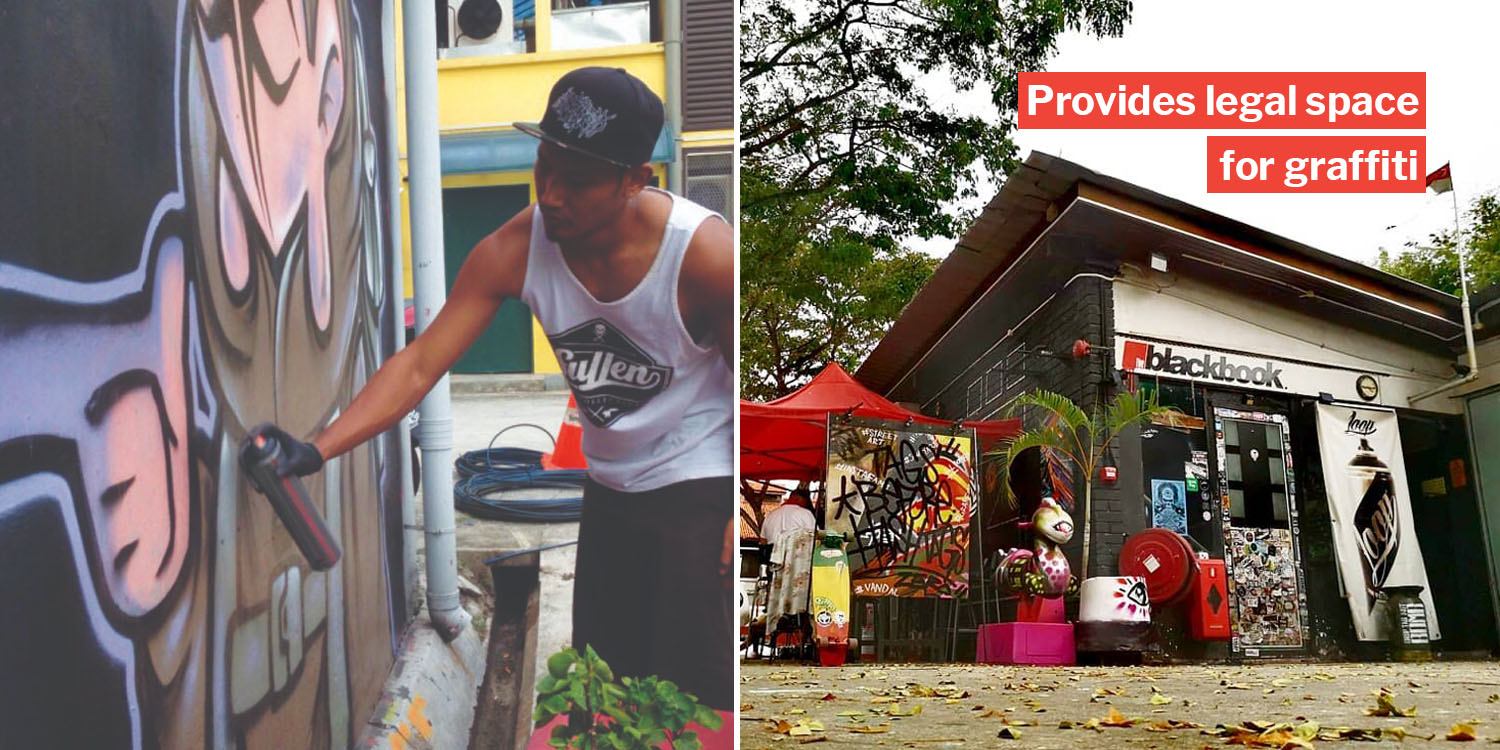 While the government has put in effort to improve Singapore’s arts scene, there’s still a long way to go.

But where we are now is certainly a huge step from a few years ago, which graffiti artist Slac Satu can vouch for.

From a rebellious youth who spray painted walls to a shop owner providing space for graffiti artists to express themselves legally, Slac has witnessed how the scene has changed over the years.

One of the first to start doing graffiti in Singapore Street art was unfamiliar to many and street artists had little to no space to experiment.

This was likely why Rozaimie Sahbi, who goes by the name Slac Satu or Slac, used to pursue his art in the cover of the night. 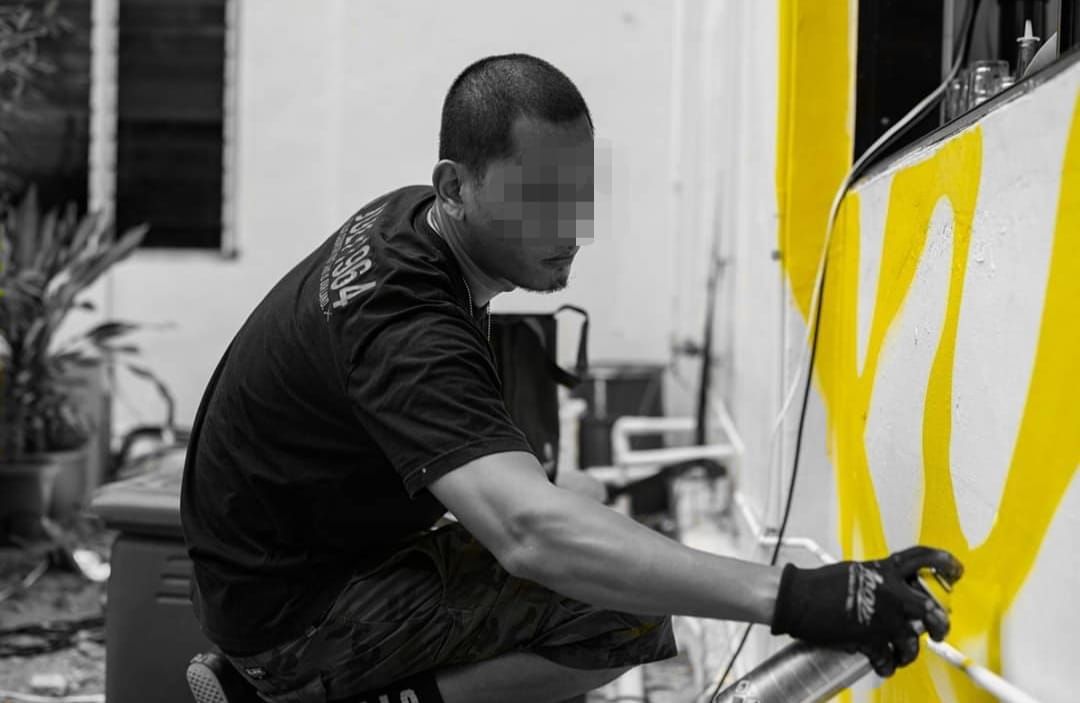 One of the first to do graffiti in Singapore, Slac had his start in 1998 with a few friends and no mentor to guide them, only referring to skateboarding magazines for inspiration.

Their nightly spray painting escapades, unfortunately, ended in 2000 when the police arrested them. Slac was put on a year-long probation, during which he had to perform 100 hours of community service.

He also struggled to find a job as his name had appeared on a blacklist.

But it was this very obstacle that altered his perspective and that of the government, allowing Singapore’s graffiti scene to grow.

Found a way to practise his art legally

In a BBC News interview that user u/SG-ForeignInfluenzer shared on Reddit, Slac revealed how his arrest was a turning point in his life. 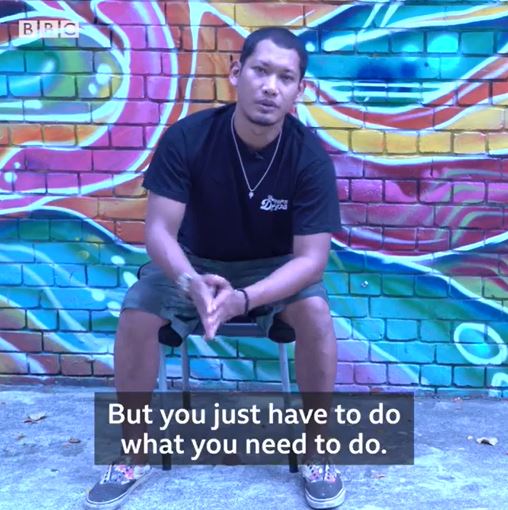 On the brink of quitting his passion, a spontaneous participation in Singapore’s first graffiti competition kept Slac in the game.

His friend had unknowingly signed him up while he was on probation, and Slac went on to win first place. He also earned his first painting commission there.

Since then, he realised that Singaporean artists need a space to express their creativity legally and responsibly.

After taking on graffiti as a full-time job, Slac received permission to open his own graffiti shop, The Blackbook Studio, at Sultan Gate. 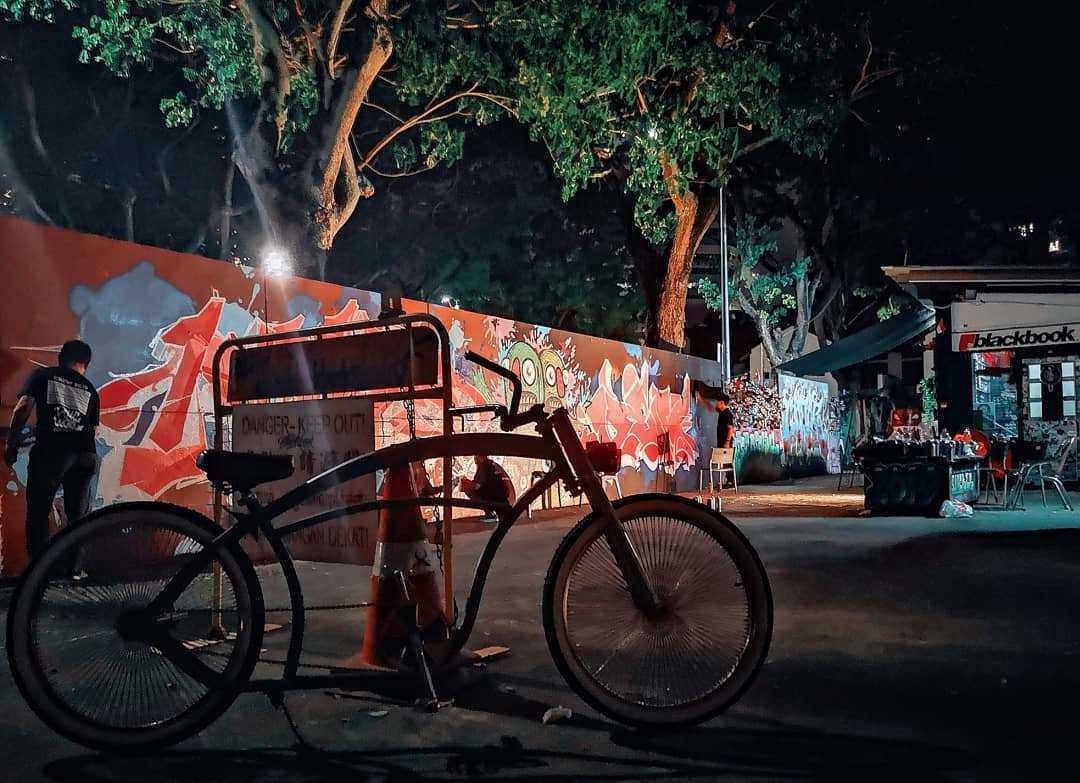 There, he receives commissions to do graffiti for events and private business owners who ask him to paint on their walls. Slac also opened the space to other graffiti artists who need a legal avenue to practise their art. He even conducts workshops for people curious about graffiti. Despite the warmer welcome, Slac admits that artists may occasionally “need to bend the system a little bit here and there.”

However, he still advises fellow artists to find lawful outlets to express their creativity, which was exactly what he set up The Blackbook for.

By pursuing their passion without breaking the law, they can thus take better ownership of what they do and help the local arts scene to flourish.

Featured image adapted from The Blackbook Studio and Facebook.