Five years after former prime minister Lee Kuan Yew passed away on 23 March, 2015, a probably well-intentioned move to remember him has had to be suspended after a backlash, reported The Straits Times.

The launch of the “Pride of Singapore, Remebering Lee Kuan Yew” range by Singapore Mint drew an outpouring of criticism from the public, and orders were suspended mere hours later.

What’s wrong with having a face on a medallion, or a bust? A lot, apparently.

The medallions feature the face of Mr Lee, you see.

Make no mistake, the criticism does not come from malice. People slammed the medallions not because they dislike the former prime minister — quite the opposite, in fact.

Here are some reasons for the uproar.

There are those who opine that calling for an general election on the same year that Mr Lee passed away was a political move on the part of ruling party.

Whether this was the intention or not, the short period of just a few months between his death and the election in Sept, when emotions were still raw, may have led the People’s Action Party to a big victory.

Mr Lee’s death still continues to be mentioned on a yearly basis, but 2020 is the 5th-year anniversary of his death — and coincidentally, a very likely election year. 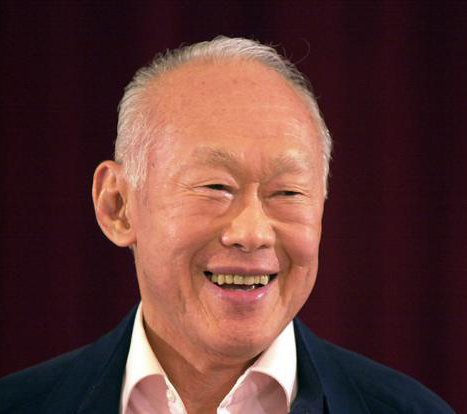 No matter when, where or how any politician or government office invokes Mr Lee’s by-now sacred visage, it’ll always be seen as a political move. But maybe that’s unavoidable, considering his legacy.

Regardless, some Singaporeans are getting a little tired of what’s seen as opportunistic point-scoring by those who would invoke his name.

LKY didn’t want a personality cult, but he might have one anyway

Mr Lee was very careful about what he lent his name to. After his death, the Government has been careful to preserve this.

There are even rules governing how his image can be used by the Ministry of Culture, Community and Youth.

Even as his family home continues to be a hotly debated topic in 2020, the Government has elected not to take action until his daughter, Dr Lee Wei Ling, chooses to move out.

And all this is in accordance with his wishes — which Singaporeans have been very eager to uphold.

So when Singapore Mint announced they’d release medallions bearing his image, the reaction was visceral.

Singaporeans have taken Mr Lee’s words to heart, and these medallions were seen as breaking the sanctity of what he wanted to preserve.

There’s nothing wrong with them, you may think — but would he have wanted for his face to remain a commercial product years after his death?

His actions while he was alive suggest that this wouldn’t be the case.

Singaporeans reject brand opportunism, need to forge their own path

Over time, nostalgia for the rule of Mr Lee will only grow.

It’s possible that even 10 or 20 years down the road, talk will remain of reminding the public about who Mr Lee Kuan Yew was.

But it begs the question of whether we’re remembering past historical figures because we’d like to honour them, or to remind people that we’d be nowhere without them.

Do we always want the shadow of Mr Lee to linger over Singaporeans, or should we forge our own future without all the baggage that he also brought to the table?

For now, Singaporeans have spoken — they don’t want such reminders, no more opportunistic marketing, no more political leverage using a dead person.

You can rest now, Mr Lee. The country needs to walk beyond you.