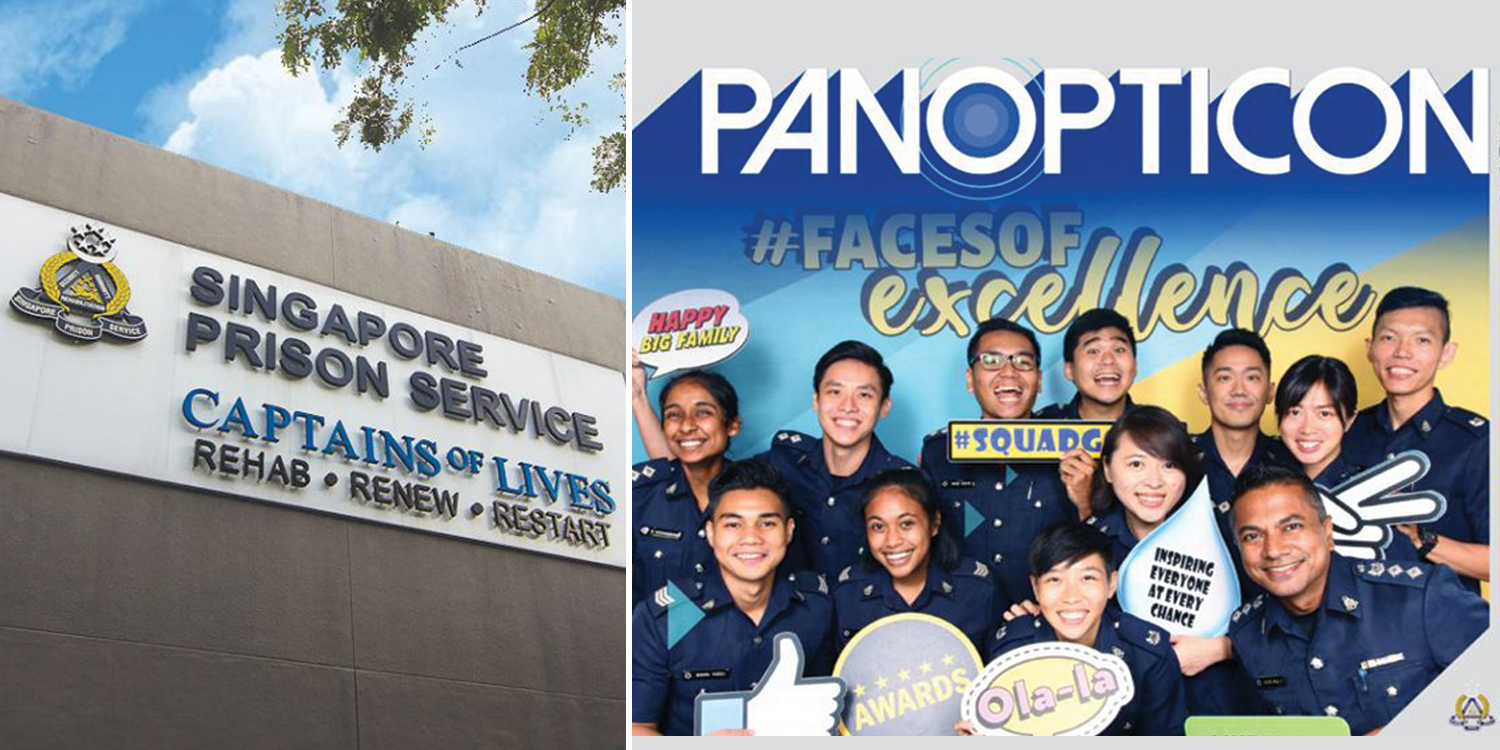 The quarterly newsletter has been called Panopticon since 2009, according to an SPS spokesperson, and it serves as an internal communications tool to keep officers updated on the latest developments.

However, SPS will be giving it a “more appropriate name” due to some online flak it received.

What is the Panopticon?

Panopticon is a type of building, designed in such a way that it allows the building’s authority to keep tabs on all prisoners in the building. The term was first coined in the 18th century by English philosopher Jeremy Bentham.

It’s usually circular in nature with a watch tower in the middle. Because the prisoners can’t tell if they are being watched, they are more likely to always behave according to the rules.

Example of an early panopticon
Source

This is probably why SPS decided to use the term for their newsletter, which technically isn’t wrong, since a panopticon does refer to a prison.

Netizens took issue with it

However, the term panopticon is also sometimes associated with government oppression — especially in academic literature.

This led some netizens to deride SPS’s insensitive choice of the name for its newsletter.

Given that the newsletter features stories of rehabilitation as well as of fundraisers for the Yellow Ribbon Project, netizens found it odd and untactful that it should be named something associated with the opposite of all those things.

Some netizens less critical of the name

Not everyone on the Internet was up in arms over the name of the newsletter. There were also those who thought that the other side was being overly sensitive.

Another netizen, while he agreed that some people took the name too seriously, conceded that it was a little over the top. He said that in the end, it’s just a quarterly magazine which people will hardly pay attention to, and to pay it copious attention is merely a “political exercise”.

Nevertheless, given the commotion it caused online, SPS has decided to rename its newsletter to something more appropriate.

Can you think of any creative names for their newsletter? Let us know in the comments below.