Russian President Vladimir Putin called the annexation “irreversible” and said the country would take action to defend what it calls Russian regions.

One of those who object to the annexation is Singapore.

In a statement released on Saturday (1 Oct), Singapore’s Ministry of Foreign Affairs (MFA) called the annexation of Donetsk, Luhansk, Zaporizhzhia and Kherson a violation of international law as well as the United Nations charter.

The sovereignty, political independence and territorial integrity of all countries must be respected.

MFA has also previously condemned Russia’s invasion and annexation of the Crimea region in Ukraine.

The latest annexations were conducted through referendums, and some Ukrainians were allegedly forced to vote.

Chechen soldiers show up at the apartments of Ukrainians in Russian-occupied areas, trying to force them to vote for the annexation of Ukrainian lands to the Russian Federation in the sham referendum that Putin ordered. pic.twitter.com/YJD6P4gxvu

Meanwhile, according to The Guardian, Ukraine has promised to jail those who voted willingly in the referendums.

On the same day that Putin made his announcement, Ukraine submitted an urgent application to join NATO, which is a bloc of nations opposed to attacks by third parties.

President Volodymyr Zelenskyy has refused to talk to Putin if current deals are still on the table, and signalled his determination to join NATO in an online video of him signing the application. 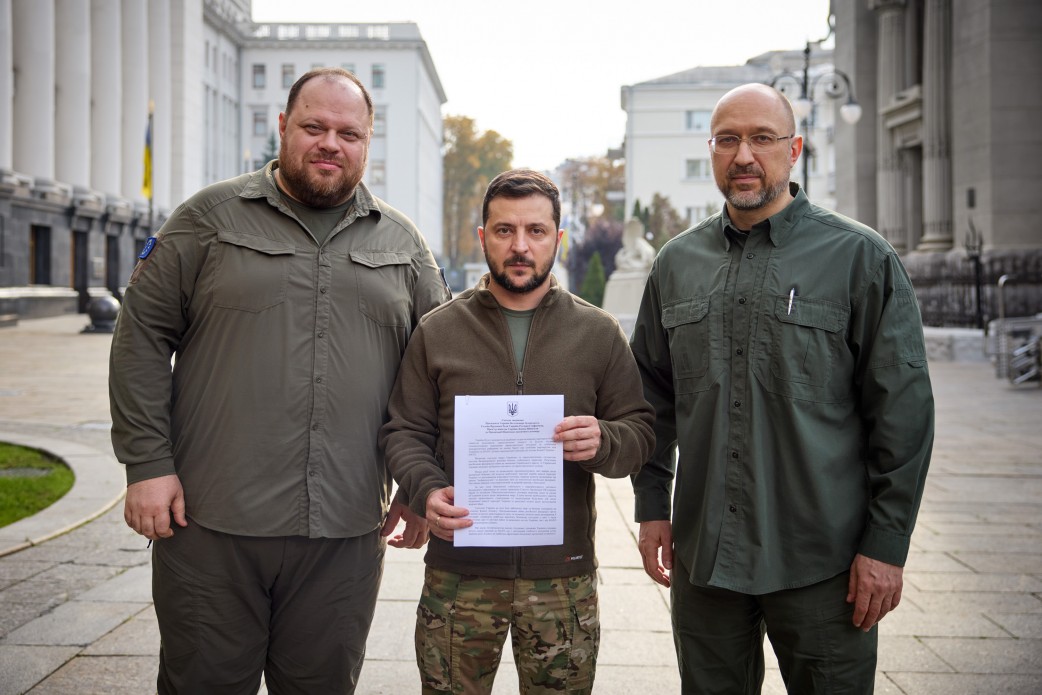 Previous talks broke down after Putin demanded full control of southern Ukraine and the Donbas region. Ukraine continues to oppose Russia’s invasion of these areas and is unlikely to agree to Putin’s terms.

Zelenskyy said he would not talk to Russia unless they had a new president.

US imposes fresh sanctions on Russia

NATO has also said it would not recognise the ‘forcibly taken’ territories as belonging to Russia, asserting that they still belong to Ukraine.

While NATO stands with Ukraine, approval from all 30 member nations has not been confirmed.

The US will be obligated to defend Ukraine if they are accepted into NATO — a situation the West wishes to avoid, as this would mean the US will be at war with Russia.