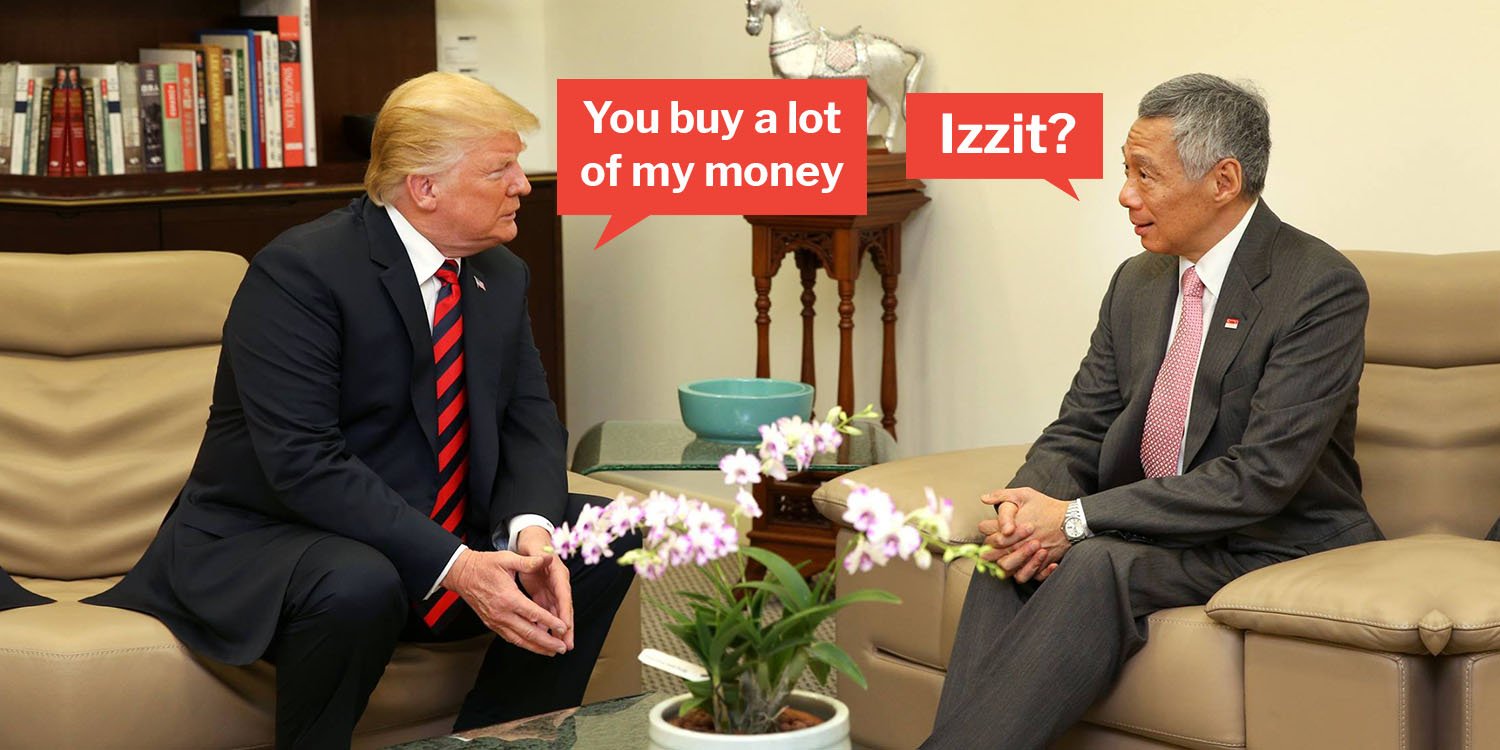 Caught in the crossfire of a trade war.

USA has taken bold steps of late, making some controversial choices like inducing the Android fallout between Google and Huawei.

Stopping short of declaring an all-out trade war on China, it seems like Singapore is well on her way to being caught in the crossfire.

We can expect that the escalating tensions in this tenuous relationship between global superpowers will continue to affect the world, Singapore included.

US has tightened her watch on “currency manipulation” in a seemingly protectionist move by adding nations to a “watchlist”.

Singapore has made it on the list for the first time, along with China to make 9 countries in total:

You can think of currency manipulation as a situation when a foreign country makes bulk purchases of the host nation’s currency.

Theoretically speaking, buying or selling at large volumes could destabilise the US dollar, especially if they are sold all at once.

This could cause the dollar to crash, affecting the country’s economy.

The Straits Times reports that this is equal to 4.6% of their gross domestic product (GDP).

Singapore’s current account surplus with America exceeds the new metric of 2% GDP, explaining why we’ve been placed on the watchlist for any of these reasons:

We would have met 2 out of 3 criteria to have been placed on proverbial ‘probation’ by America.

China also on list thanks to massive US trade surplus

China, on the other hand, only meets one. But the country makes the list anyway because of the “large trade surplus” with US.

The 4 other new countries that qualified were Malaysia, Vietnam, Italy & Ireland. India and Switzerland were taken off the new list.

China has expressed their intent to cool off from this ‘trade war‘ with US, but will take the necessary retaliatory actions with “counter-tariffs” if the sanctions continue.

On the bright side, some pundits claim that USA’s decision not to name China as a currency manipulator is sign that tensions are cooling.

No country expressly named a manipulator

Of course, being on a watchlist doesn’t label a country as a “manipulator”. Only that America will be keeping a close watch on the moves we will take next.

Recommendations like lowering our savings rate to boost low domestic consumption have been made in the same report by the US Treasury.

The goal would be to make sure that our large external surpluses with foreign nations are downsized in the future.

Still not a list we want to be on

In the short-run, being named a currency manipulator by the US doesn’t bring about immediate negative ramifications.

However, it can put investors and financial markets on edge like in the case of Vietnam.

Technically, it’s still better to be taken off the list next year, at least for Singapore’s sake.

This is not a ranking we want to aim to top after all.

What do you think are the reasons Singapore has made America’s watchlist? Tell us your views in the comments.