Must Share News – Independent News For Singaporeans
Home Current Affairs S’porean Gets To Return To UK Uni After Being Accused Of Filming... 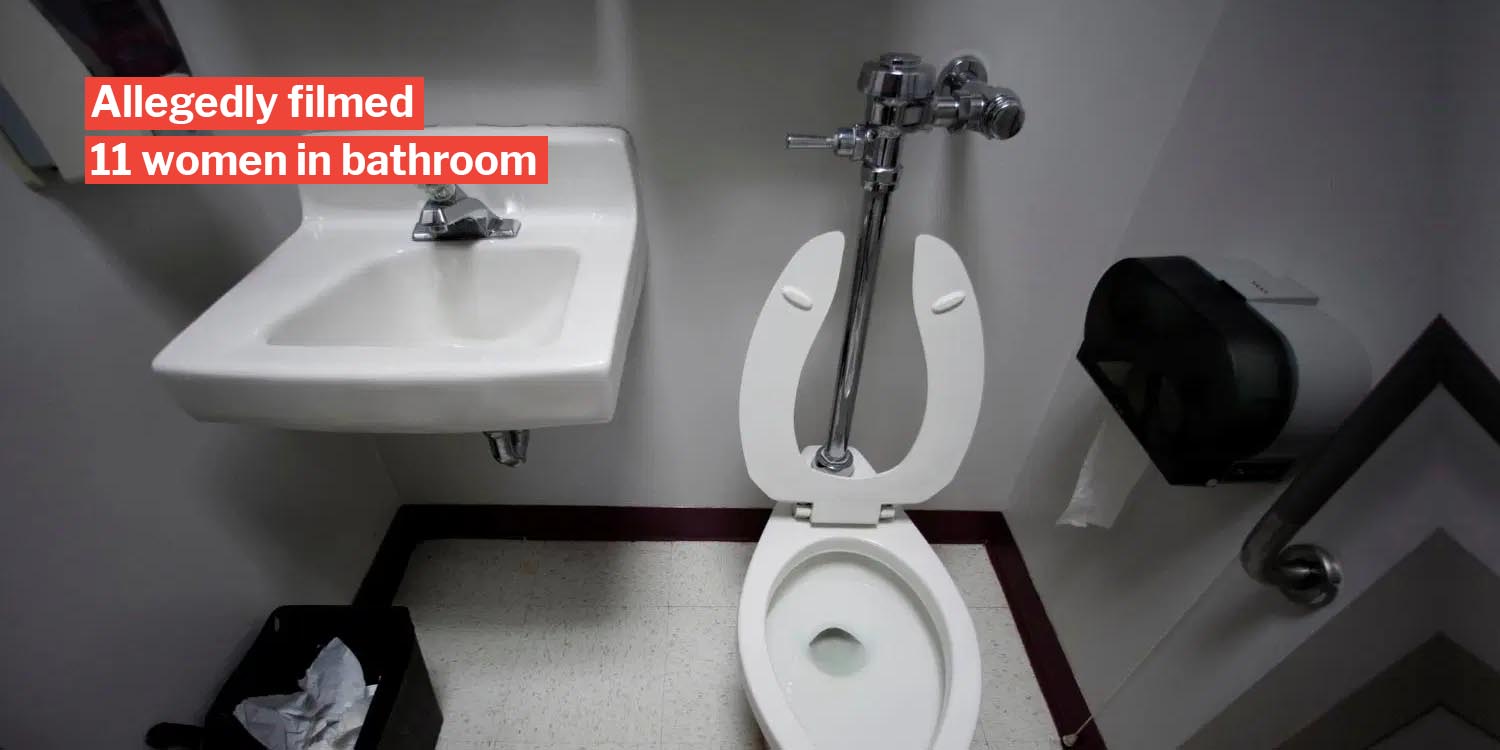 Another day, another alleged sex pest.

The alleged peeping tom who has been charged with filming 11 women in secret has been granted leave by a district judge to return to a top UK university for his second school term.

Here’s the lowdown on the case.

The 22-year-old accused, who cannot be named for the protection of the victims, has allegedly been at it for over 3 years. 20 video clips have thus far been discovered.

He would lure the victims to his home and film them with secret cameras installed in his bathroom.

At least 16 of the videos were filmed under this pretense, demonstrating significant premeditation and planning, The Straits Times reported.

Channel NewsAsia (CNA) reports that an investigation officer stated that at least 2 of the videos are circulating online, and that one of the victims was just 15 years old at the time.

The accused faces 19 charges of insulting a woman’s modesty and 1 charge of possessing obscene films. He intends to claim trial and contest the allegations in court.

Accused might abscond due to increased charges & wealthy family background

The accused earlier petitioned the court for leave to return to the UK so that he could continue his studies in “one of the world’s most reputed universities”.

It is his second school term of the year, and begins next Monday (13 Jan).

In response, the prosecution argued that the accused was a flight risk and would most likely abscond because:

They also stated that the accused had also not given sufficient reasons to justify his request.

No evidence that accused’s family would support him as fugitive

District Judge Adam Nakhoda, who has in recent months presided over similar outrage of modesty cases, is known for being tough on perverts. Most notably he was involved in the ‘SG Nasi Lemak‘ trial last October.

He stated that there was no evidence that the accused’s family would support him as a fugitive should he decide to abscond, according to CNA.

Judge Nakhoda explained that initial charges with regard to 2 of the women were initially filed in October.

Despite this, the accused was granted leave to go to the UK then.

Judge notes that accused had returned once before

Judge Nakhoda reasoned that the accused was aware that if he returned, and was found guilty, he could be jailed. Nonetheless, the accused did not abscond.

Therefore, he considered it reasonable to allow the accused to leave Singapore to study, at least for this coming term. He also said,

It is not for me at this time to decide if he is guilty or not.

The prosecution intends to file a criminal motion against the decision with the High Court.

In the meantime, they have applied to stay the leaving of jurisdiction until after the High Court has heard the motion.

This may ultimately delay the accused’s departure till after the school term starts.

Social media has been rife with comments expressing dissatisfaction at the decision.

If you don’t want to read the legal reasoning in depth, feel free to skip to the conclusion below.

When the accused was initially charged in October, he was facing just 2 counts of insulting a woman’s modesty, which if both had been proceeded on, the accused would have faced a maximum jail term of 2 years.

One may be tempted to think that because the accused faces 10 times the number of charges, he will be 10 times more tempted to abscond.

However, this isn’t necessarily true.

Low likelihood for prosecution to proceed on all 20 charges

Common prosecutorial practice, when faced with a large number of charges as in the case at hand, is to only proceed on a handful. The prosecution will then ask for the remaining charges to be ‘taken into consideration’ when the judge decides on sentencing.

This is how the prosecution streamlines the trial process whilst still ensuring that the severity of the crime is still reflected.

Although it is impossible to say for certain what the exact distribution will be, it is unlikely that the prosecution intends to proceed on all 20 charges.

However, if there had only been 2 charges, it is very possible that the prosecution would proceed on both.

It is entirely possible that the prosecution will only proceed on a handful of charges moving forward, barely increasing the total number from the initial 2 he faced in October.

For example, with a ‘large’ number of charges like 20, the prosecution ultimately might choose to proceed on a handful like 6 or 7, with the rest taken into consideration.

Practically speaking, the charges he’s facing now aren’t that much more than in October. In terms of punishment, there isn’t a difference of several orders of magnitude, and so there isn’t that much greater of a temptation to run away as one might assume.

For clarification, the prosecution has the right to make such decisions because of our Constitution.

Whatever the result ultimately turns out to be, Judge Nakhoda’s explanation is grounded in solid legal reasoning.

It is important not to decide on the merits of a judgment retrospectively. Hindsight is always 20/20.

Judgments are not meant to be based on consequences, but rather they are supposed to adhere to the established rules and principles that constitute the law. To alter this formula, and to begin making decisions solely with the end in mind, is the first step to the tyranny of arbitrary government.

And, if you think things are bad now, you ain’t seen nothing yet.

Featured image adapted from Gold1043. Image used is purely for illustration purposes only.