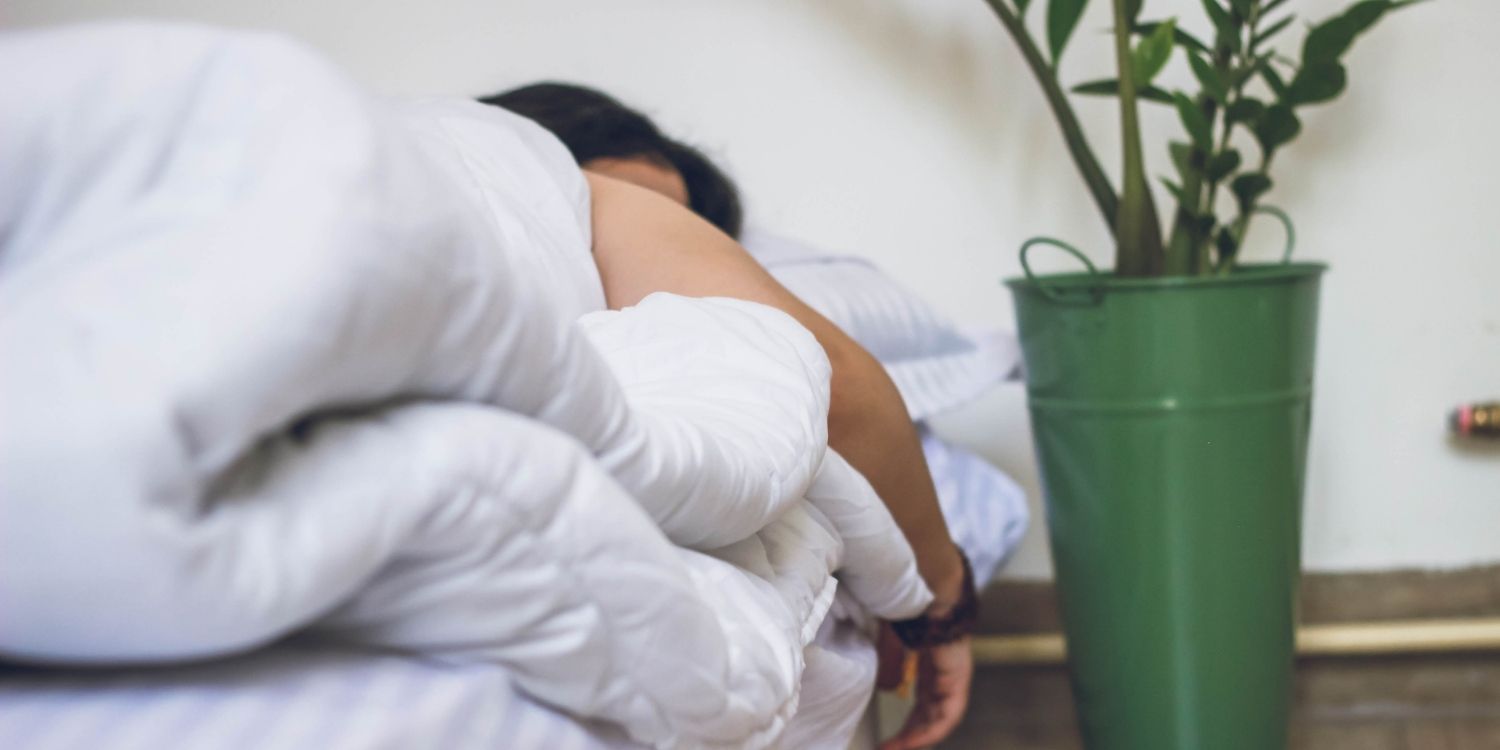 34% of Singaporeans binge-watch on shows to help them fall asleep.

At work, Singaporeans are known to be go-getters and willing to go above and beyond to impress their superiors.

However, this could be severely affecting the time they can spend with their pillows, as a survey has found that 73% of us lack the necessary hours of sleep. Many have also cited work-related concerns as the reason keeping them awake.

For World Sleep Day today (18 Mar), we look at how Singaporeans aren’t getting enough sleep.

While 7 hours of sleep or more is considered a normal sleep cycle, only 27% said they hit that amount a night. 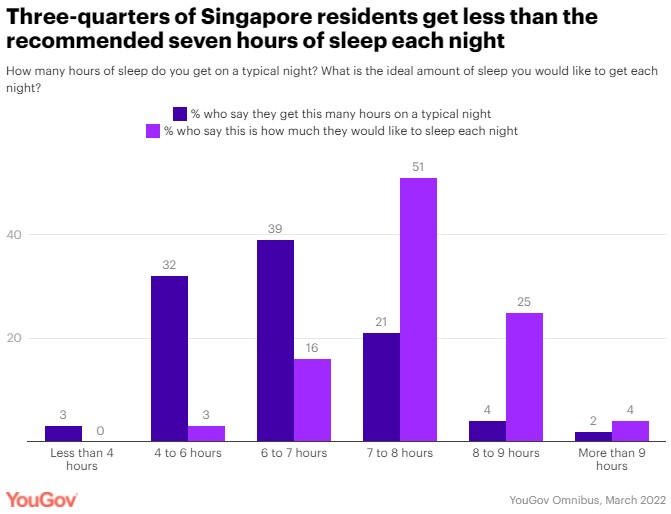 Unsurprisingly, a large proportion of Singaporeans (80%) wished they slept 7-8 hours a night. But just 27% actually do so.

Sleep quality may not be good

Worse still, even when we do get to sleep, our sleep quality may not be good.

Only 17% of Singaporeans have said they don’t wake up in the middle of sleep, managing to doze contentedly throughout the night. 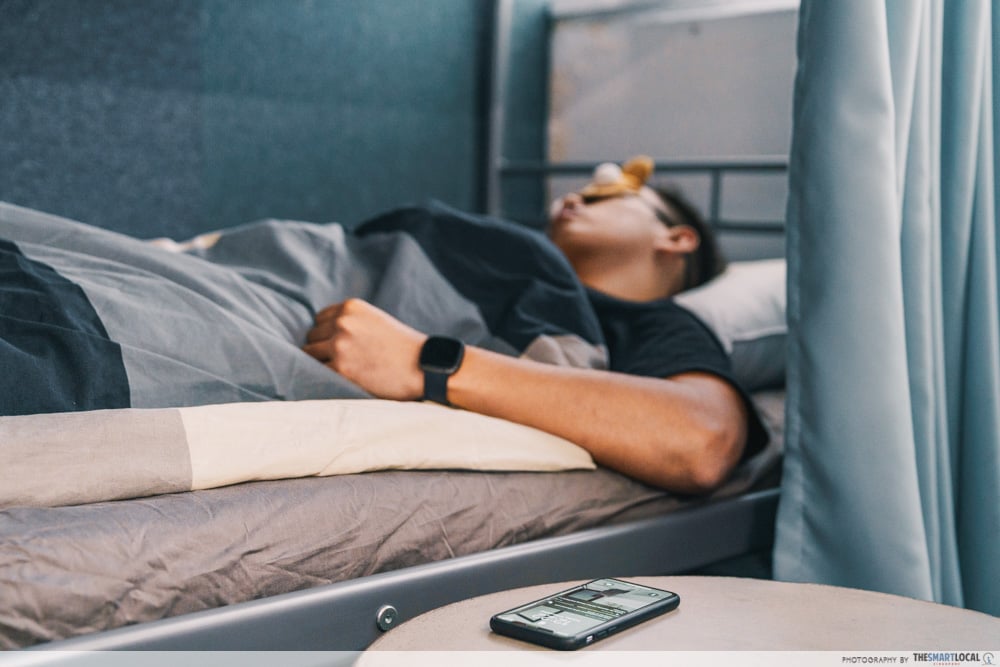 Majority of Singapore sleepers – 72% – end up waking up 1-3 times every night.

This is compared with a similar survey in 2018, when 23% of respondents said they slept through the night.

So what’s causing Singaporeans not to fulfill their daily sleep quota?

The 2022 Global Sleep Surveys conducted by sleep solutions specialist ResMed polled over 23,000 respondents in 12 countries, including Singapore, on what’s keeping them up at night.

The answer will probably be no surprise to most working Singaporeans – 33% said work-related concerns were a reason for not sleeping well at night, making this the leading factor. 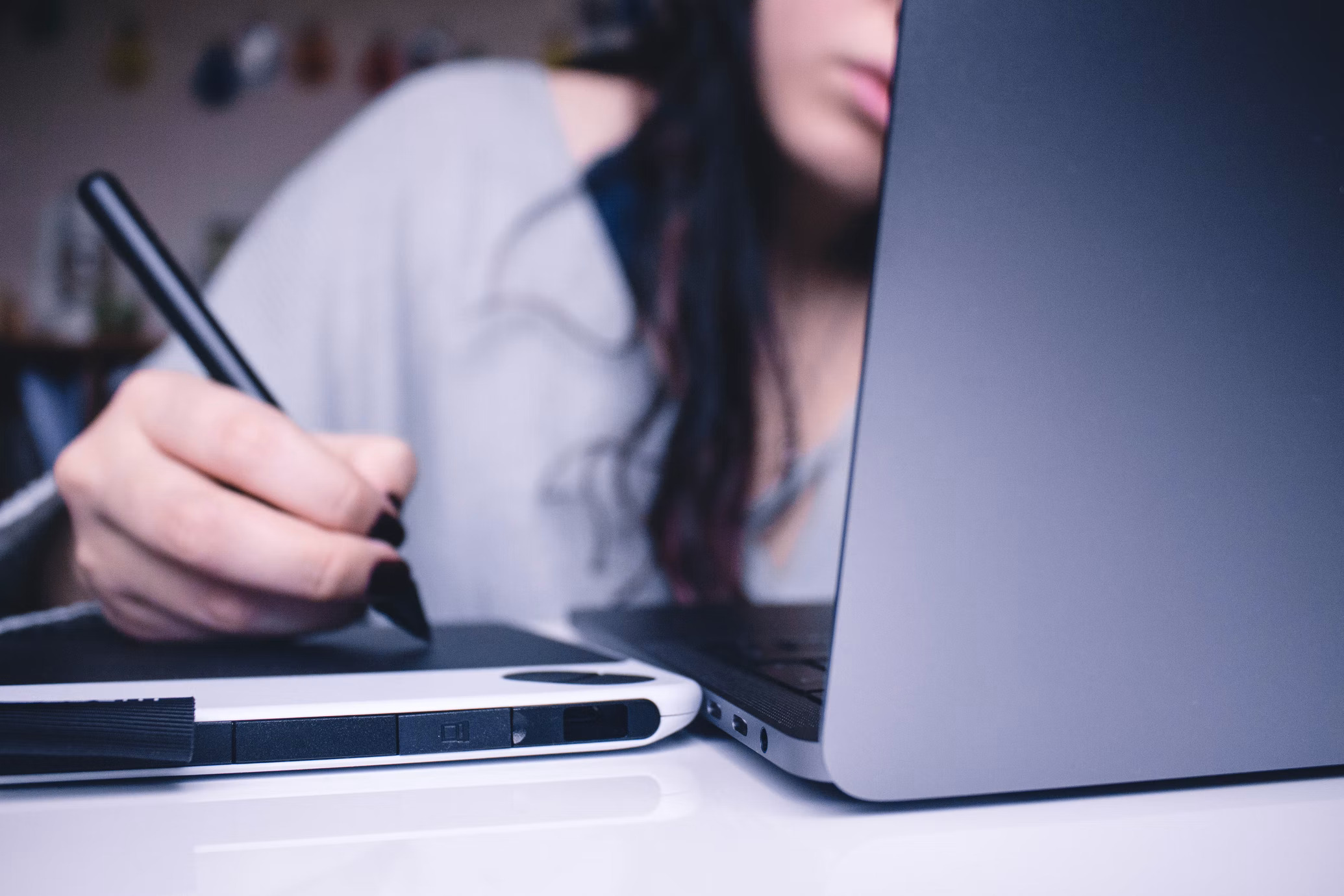 Besides that, Singaporeans also cited other common reasons like:

Similarly to the YouGov survey, majority of Singaporeans said their sleep quality was poor, with just 18% regularly feeling refreshed after waking up.

34% even said they usually feel tired. More than 40% said they weren’t satisfied with either the quality or quantity of their sleep.

As an indication on how work from home (WFH) arrangements due to the pandemic have helped, 61% of Singaporeans said their sleep quality improved or they slept longer when WFH.

That’s probably why nearly half of us would choose WFH over a bigger bonus, as 57% of those who’re currently doing so believe that going back to the office more often would now make it difficult to wake up in the morning.

The lack of sleep has led 59% of Singaporeans to hit the snooze button on their alarms in the morning, according to YouGov. 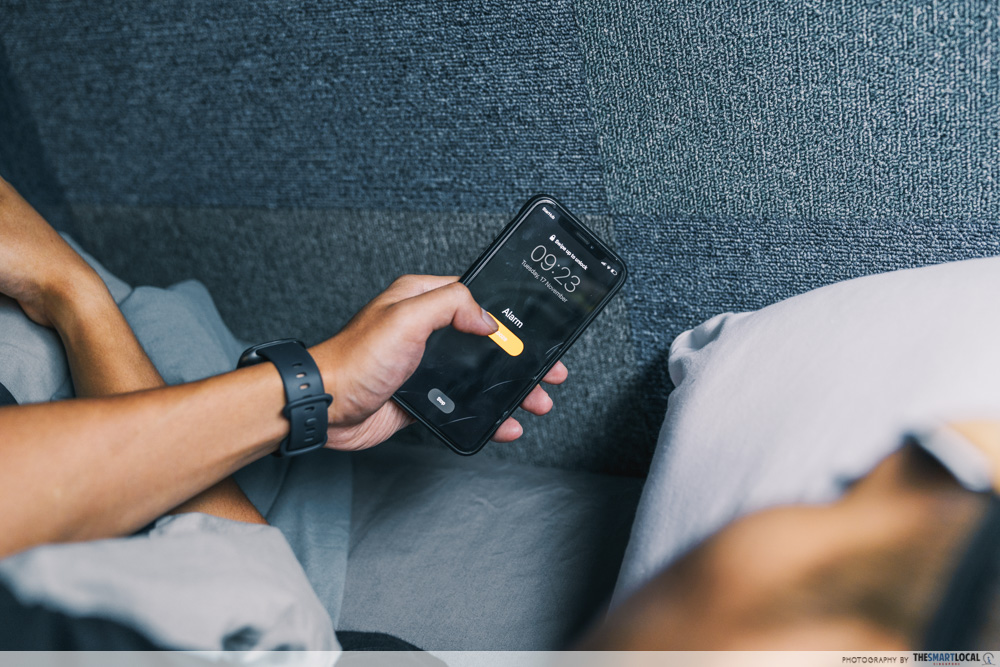 Majority of Baby Boomers, on the other hand, either don’t use the snooze button or don’t even use an alarm – most probably since many of them are retired.

When people have problems with sleeping, you might think the best solution would be seek help from a doctor.

However, many Singaporeans aren’t doing that, according to the 2022 Global Sleep Surveys.

Instead, 34% are binge-watching shows to help them fall asleep. 21% of Singaporeans stay up later to induce tiredness, while 13% turn to reading and 12%, gaming.

These habits are potentially unhealthy, but troublingly, an overwhelming majority of Singapore respondents – 76% – said their doctor has never asked them about the quality of their sleep.

This is the highest percentage of all the countries covered in the survey.

While these surveys are for promotional purposes, perhaps they may serve as a wake-up call (ironically) to the sleep-deprived.

After all, this isn’t the 1st time we’ve been told about this. Research published in Sep 2021 found that Singapore was the most fatigued country in the world.

We shouldn’t need articles to tell us that we should work less and sleep more, and even if our doctor doesn’t mention it, we could take the initiative to ask them.

While work is important, one’s health is more important, and no amount of money can save it once it’s gone – so if you can afford to, power down that computer and prioritise shut-eye.

Featured image adapted from Andisheh A at Unsplash.