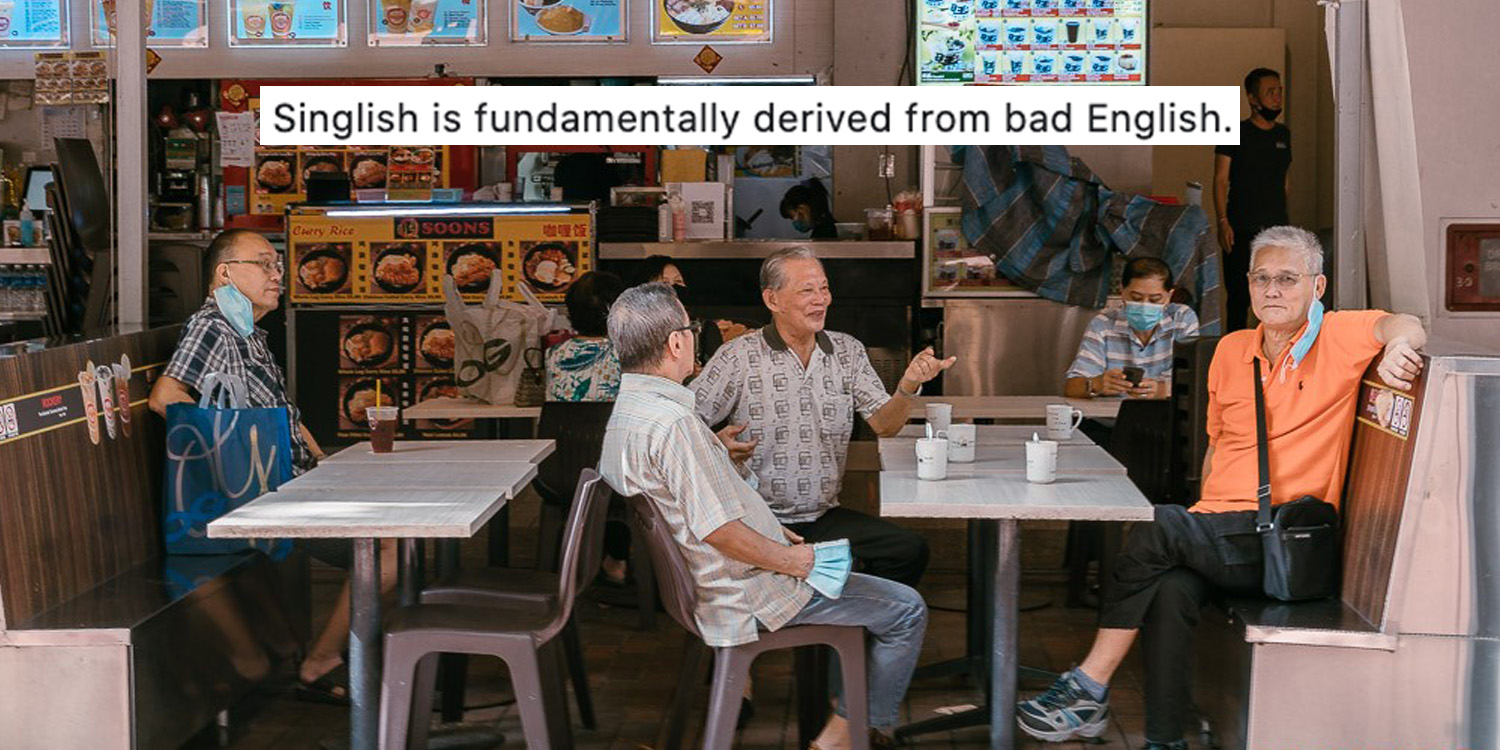 Singlish is our very own lingua franca. An eclectic mix of commonly-spoken languages and dialects, it is very much like a plate of rojak symbolising Singapore’s multiculturalism.

So when Johann Loh, the founder of an English language tuition centre in Singapore talked about ‘8 Reasons Why Singlish Needs To Be Cancelled’, Singaporeans spoke out to protect it. His Facebook post on 24 Jul has since gone viral, garnering over 800 shares at the time of writing.

In his post, Mr Loh wrote that Singlish borrows from the grammar of languages like Chinese, and is “fundamentally derived from bad English”.

He also thinks “ah“, “lah” and “lor” particles that we frequently punctuate our sentences with are due to a lack of vocabulary.

Mr Loh’s key argument is that Singlish is often used by the working class or within a working-class setting.

While he acknowledges that the language grants us solidarity as Singaporeans, he also thinks it is a manipulative tool of “false camaraderie”.

The language is part of our national identity

The main gripes Singaporeans had with Johann’s critique was his belief that Singlish holds less value because it is “bad English”.

This netizen points out that Singlish is simply Singapore’s colloquial version of English. Singaporeans, including the elite, should not have a problem accepting its usage here.

Another netizen summarised the opposing sentiment well — regardless of our beliefs, Singlish is here to stay.

Besides, Singlish is often the fastest, most efficient, and endearing way Singaporeans communicate.

This netizen showed the efficiency of communicating in Singlish in this hilarious demonstration. The Hokkien phrases and improper grammar within Singlish often captures our emotions and summarises long sentences that standard English entails.

Another netizen refutes Johann’s claim that code-switching from English to Singlish is performative.

He draws parallels to the Western accent Singaporeans often code-switch to when speaking to foreigners.

He thinks that code-switching does not mean we are “manipulative” or “manipulated”.

Code-switching has indeed become a way of life and how Singaporeans understand their vernacular, whether locally or on the global stage.

This is probably why Singaporeans are always so amused when ang mohs master Singlish and our unique accent.

Singlish holds value within our community

Mr Loh’s commentary gave us the space and discourse to think about the value of Singlish in our society.

Singlish is definitely not ‘proper English’. It is Singlish — a language that holds its own importance in our community.

The shades of meaning and emotional range of Singlish are not only easily understood, but appreciated in the community as well. 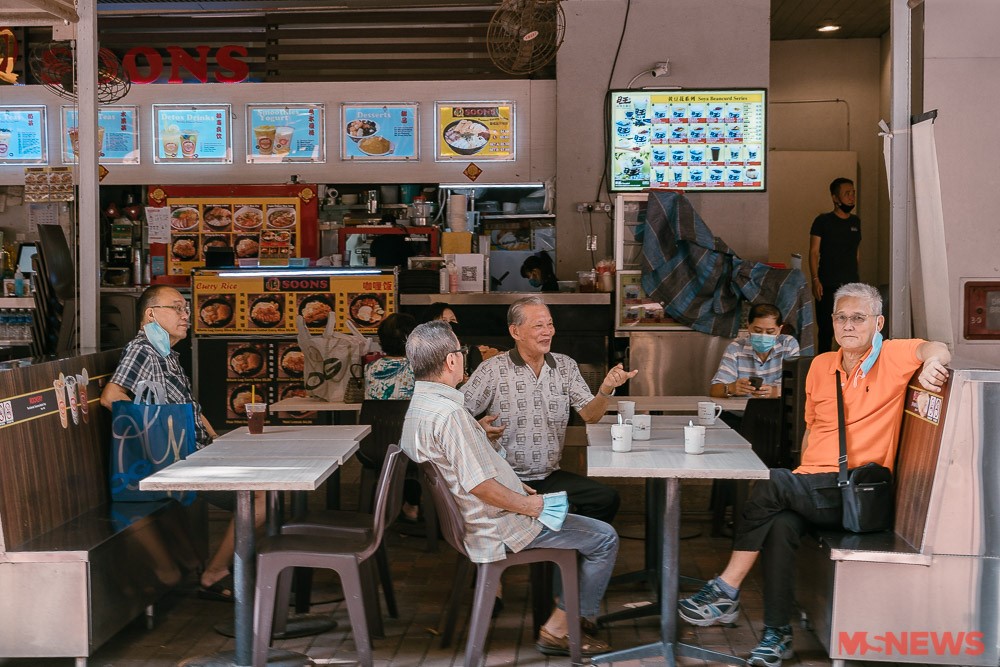 Ultimately, Singlish is a marker of our identity as Singaporeans. It is endeared within our local community, giving it value in itself.

What are your thoughts on Singlish? Share them with us in the comments below.