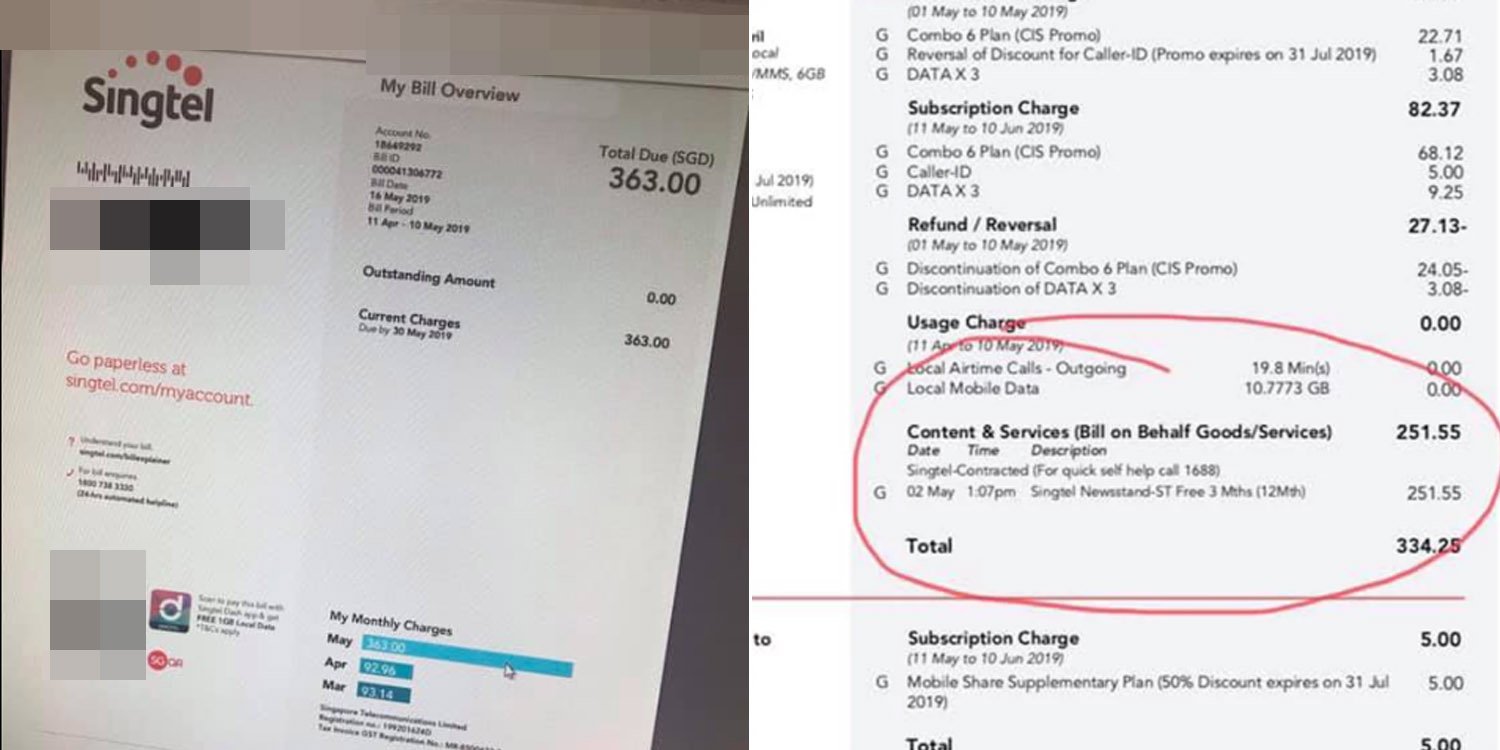 Many of you use data plans from either Singtel, M1, StarHub or Circles.Life. But do you check your statements every month?

An All Singapore Stuff post on Thursday (16 May) features photos of a mobile data bill received by a netizen who claims he is a Singtel user. 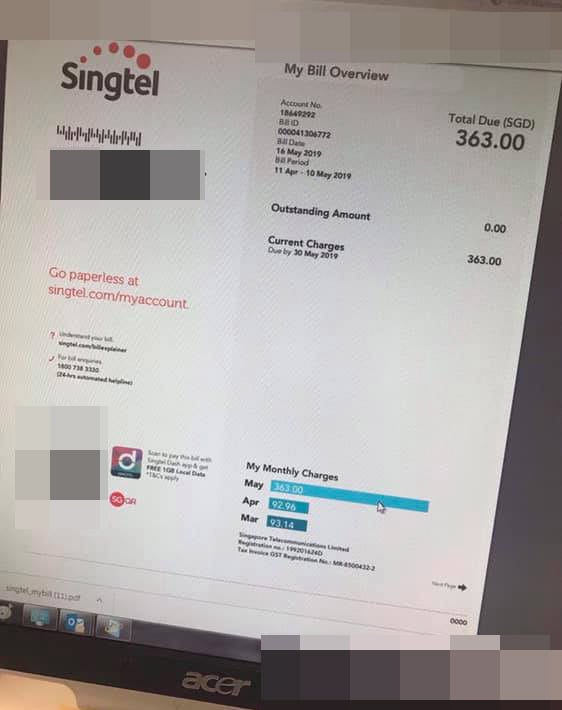 This netizen was allegedly charged $251.55 for a 12-month Straits Times digital subscription as listed on his monthly bill. Only, he claims he didn’t actually sign up for the service under Singtel Newsstand.

According to the post, this netizen wasn’t the only one.

Bill allegedly came up to $363

This particular Singtel user expressed his surprise at the amount due on his monthly bill, allegedly totaling $363, issued online on Thursday (16 May).

He decided to scrutinise his statement, and checked the third page which showed the breakdown of the charges. 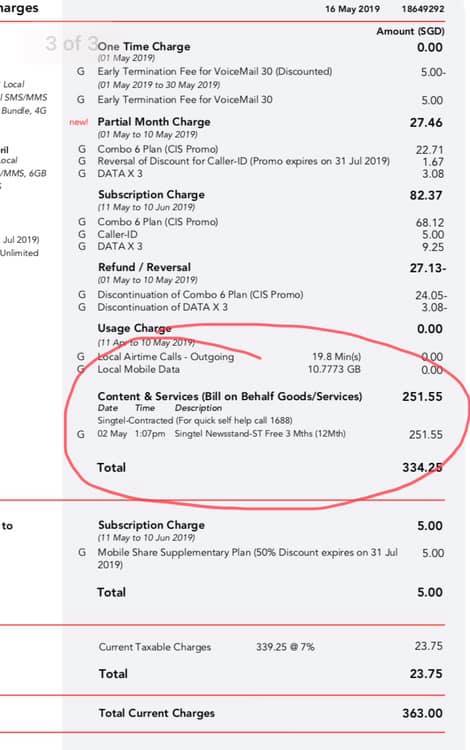 After checking it clearly, he found out that $251.55 out of the total sum was charged due to a Straits Times digital subscription in a deal offered by Singtel. 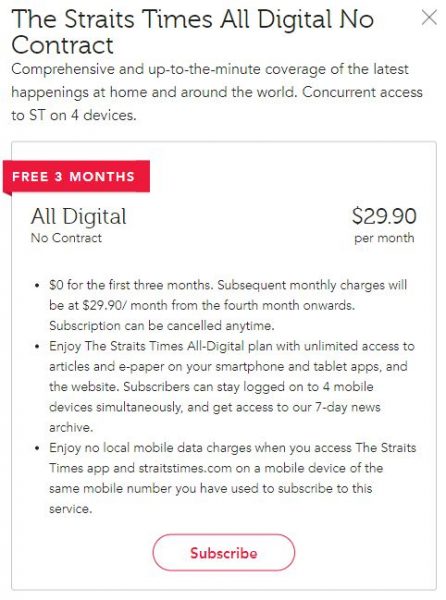 Singtel Newsstand offers a free 3-month subscription if you buy 12 months’ worth of The Straits Times digital content.

User claims he was unaware of the subscription

Apparently, more than one person has raised a similar issue to All Singapore Stuff (ASS) recently.

In fact, ASS claims that a few people have told them that they’re being charged by Singtel for subscription services that they weren’t aware of or didn’t sign up for.

The netizens in question have allegedly confronted Singtel about the additional cost. These netizens further claim that Singtel informed them that they won’t be able to waive the fees as the matter involves a 3rd party — aka The Straits Times.

Other netizens in the comments section claim to have encountered a similar problem before.

This comment details a female Singtel user’s alleged experience. She claims it happened to her twice, but she has managed to clarify the issue with Singtel, and they sent her a “revised bill without the extra charges”.

While it seems that it is a mistake, the math actually checks out for $251.55.

This because there is a 7% GST fee for her total taxable charges. If you include it in $251.55 you’ll get the correct amount.

In any case, do make sure you check your statements monthly, regardless of service providers.

If you have any queries about your individual statements, you can contact Singtel directly here. Hopefully, the netizen resolves his situation with Singtel soon.

We have reached out to Singtel for their comments on the matter.

Featured image from All Singapore Stuff.