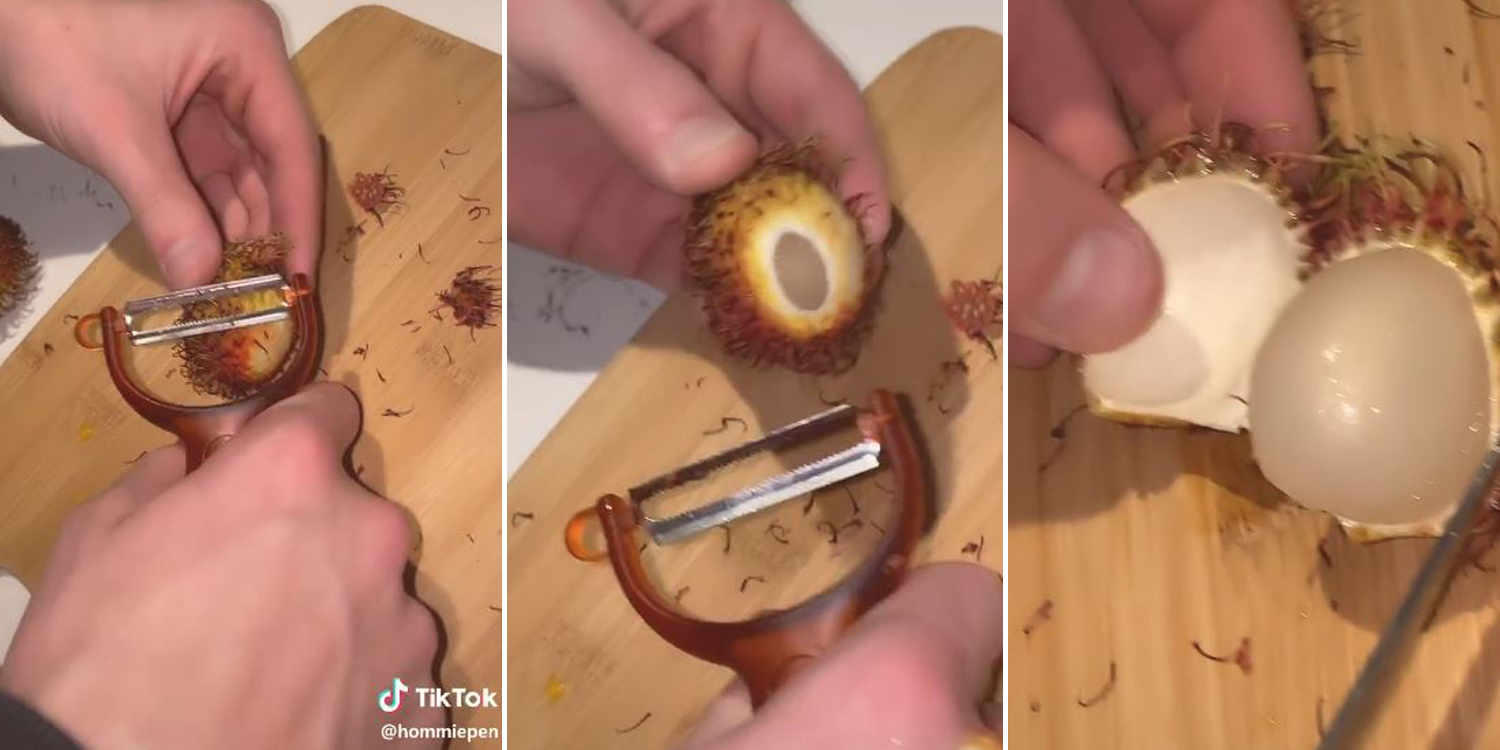 For those who don’t know, TikTok is a mobile app where talented people showcase their skills through self-directed music videos.

And while most people upload lip-sync and comedy videos, one user Gavin Smith uploaded videos of himself trying different types of Singapore fruits.

In one of the videos, he even skinned a rambutan with an apple peeler, leaving us bamboozled by his creativity.

On Monday (2 Dec), Gavin embarked on an adventurous journey and tried some fruits bought in Singapore for the first time.

In the first video, he slapped a piece of dragon fruit on the table and proceeded to scoop a huge spoonful of it.

Not gonna lie, that’s quite daring of him to take such a huge bite despite trying it for the first time. But his adventure didn’t stop there.

In a separate video, he tried “berries” for the first time, and turns out, it’s just longans.

But since longans are generally easy to peel, he didn’t seem to struggle with de-shelling it.

On the same day, he uploaded a video of him trying a rambutan and that’s when the comedy started.

Firstly, as Singaporeans, rambutans are probably no stranger to us. But to him, this alien-looking fruit was completely bizarre. He hilariously asked,

What even is this ?

And things just got funnier from here.

Upon picking up an apple peeler, Gavin started skinning the rambutan like he would an apple.

After which, he picked up a small fruit knife, skillfully cutting the rambutan into half.

This method might look crazy to you but it actually worked.

At the end of the video, Gavin revealed to us a perfectly peeled rambutan, something even Singaporeans find tough to do.

Time to skin our rambutans differently

Those who’ve had rambutans before would know that these fruits aren’t exactly the easiest to peel.

And most of the time, we end up leaving behind these brown remains on the flesh which can be pretty tough to remove.

So even though Gavin’s apple peeler method looks like a joke to us, perhaps we should try doing it one day.

He did end up with a perfectly skinned rambutan after all.