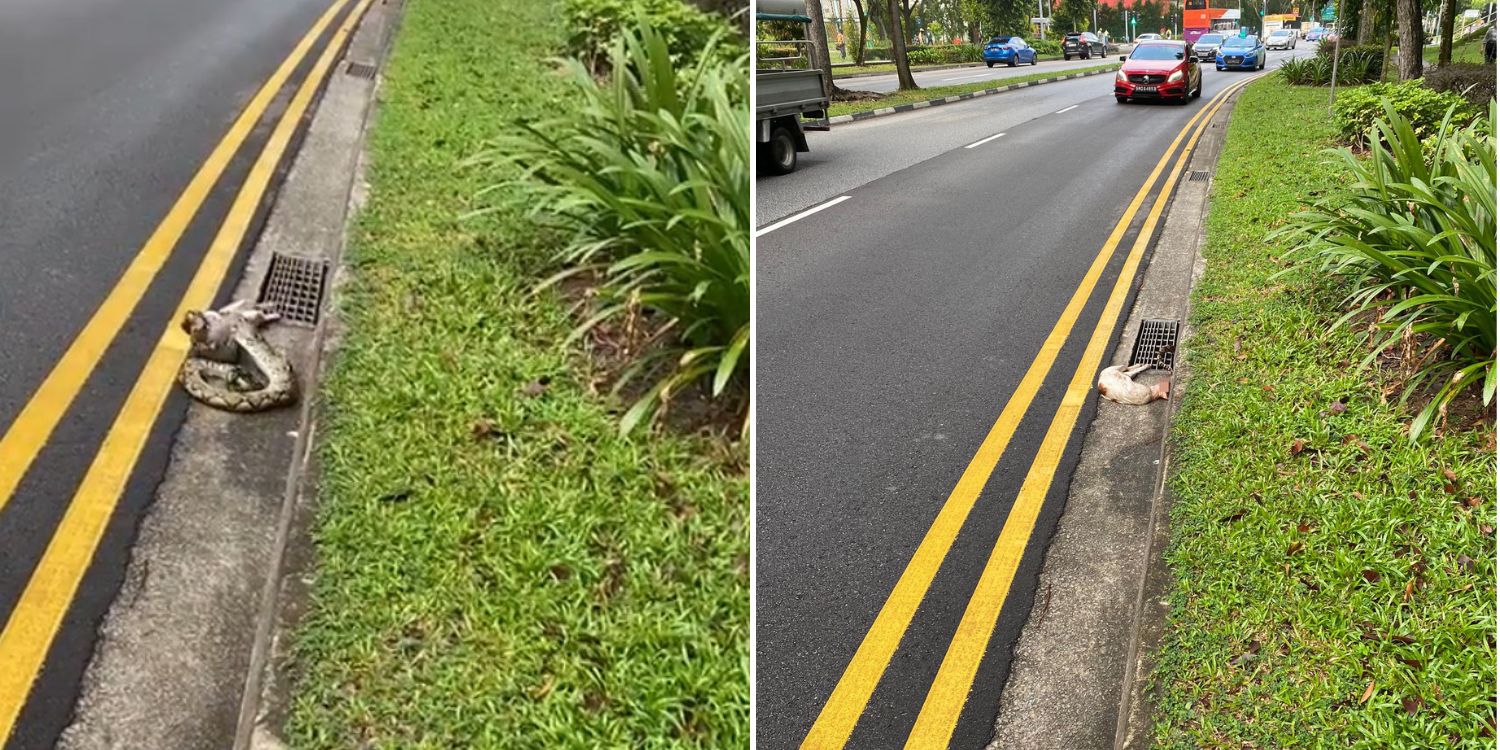 The snake later disappeared down the drain

Despite Singapore’s reputation as a modern city, it’s in fact teeming with wildlife. While many of us might’ve marvelled at Mother Nature’s creations before, every now and then, we also get reminded of just how cruel the natural world is.

On Thursday (16 Jun), a Facebook user shared footage showing a snake devouring a cat in Boon Lay. However, when the lady neared the snake, it regurgitated. With the cat carcass still lying on the road, the serpent slithered down a nearby drain.

The Animal and Veterinary Service (AVS) were later informed of the incident and helped to clear the cat carcass. 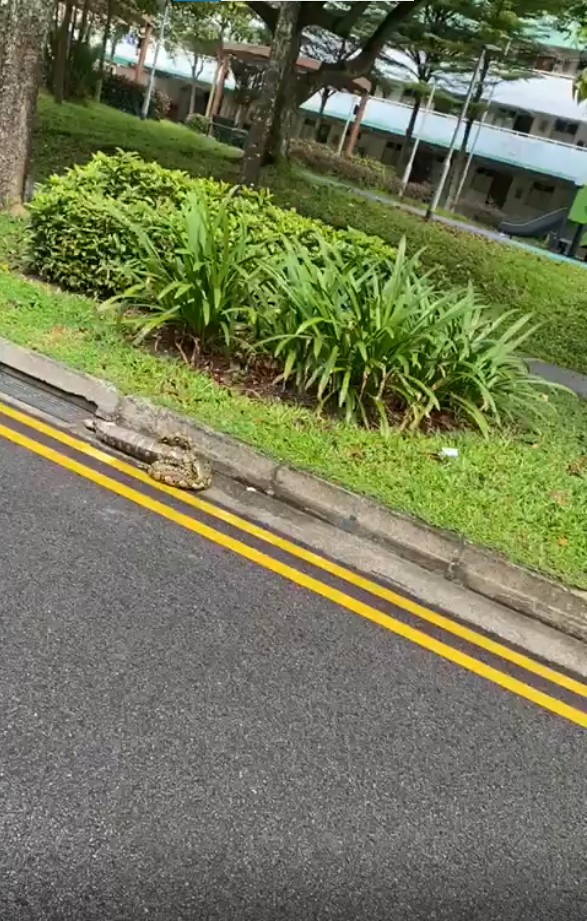 The slithering reptile appeared to have swallowed something whole. However, it began regurgitating its prey soon after.

At one point, the lady realised it was a cat that the snake had devoured.

In a subsequent video, the snake was seen retreating into a nearby drain, leaving the cat’s carcass along the roadside. 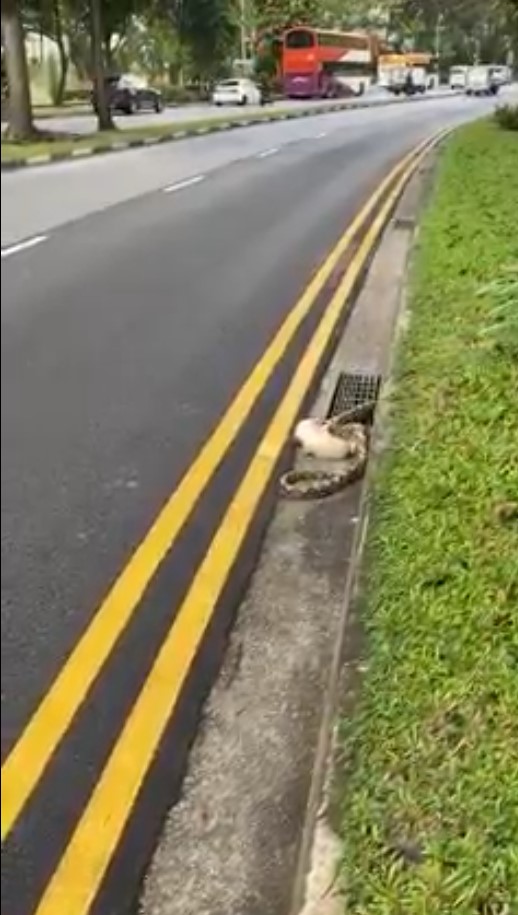 Another photo shared by the Facebook user showed the cat carcass with a bloodied head. 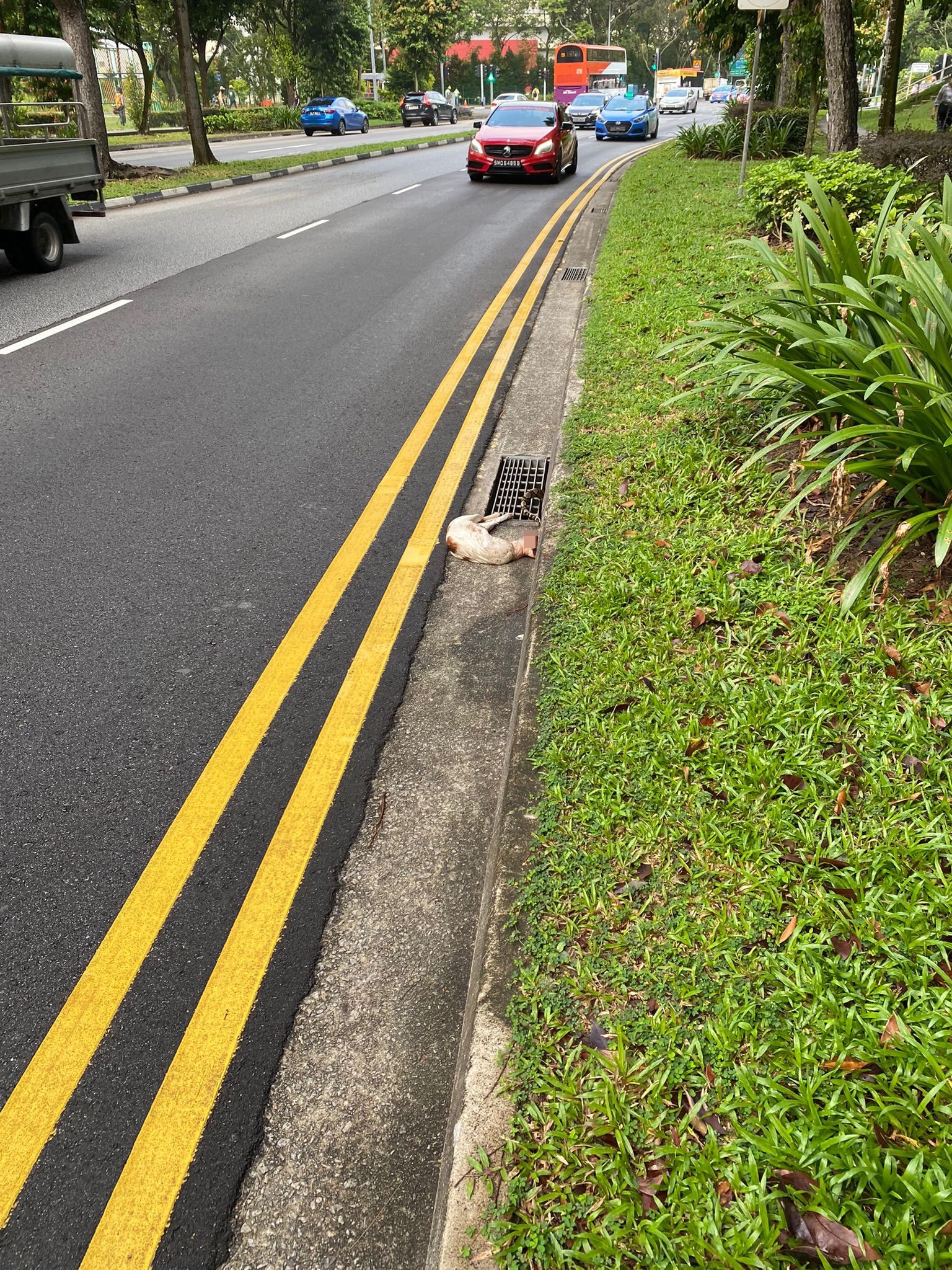 According to the Facebook post, AVS was subsequently informed of the incident and arrived to clear the carcass. Call NParks or ACRES for help

Encountering a snake, let alone one that’s feeding on prey, is not common in Singapore.

According to National Parks Board (NParks), it’s better to observe from a safe distance if you happen to come across one of these reptiles.

Members of the public are also urged not to approach or attempt to handle the snake.

If there is any cause for concern, do contact NParks or Animal Concerns Research and Education Society (ACRES).

Part of the circle of life

It is unclear if the cat was injured prior to being eaten by the snake.

While unfortunate, it is also all part and parcel of the circle of life.

Our thanks go out to AVS officers who arrived at the scene to clear the snake’s waste. May the cat rest in peace.