GrabFood Rider Gets $1,000 Tip After Delivering To A Customer & His Reaction Is Priceless 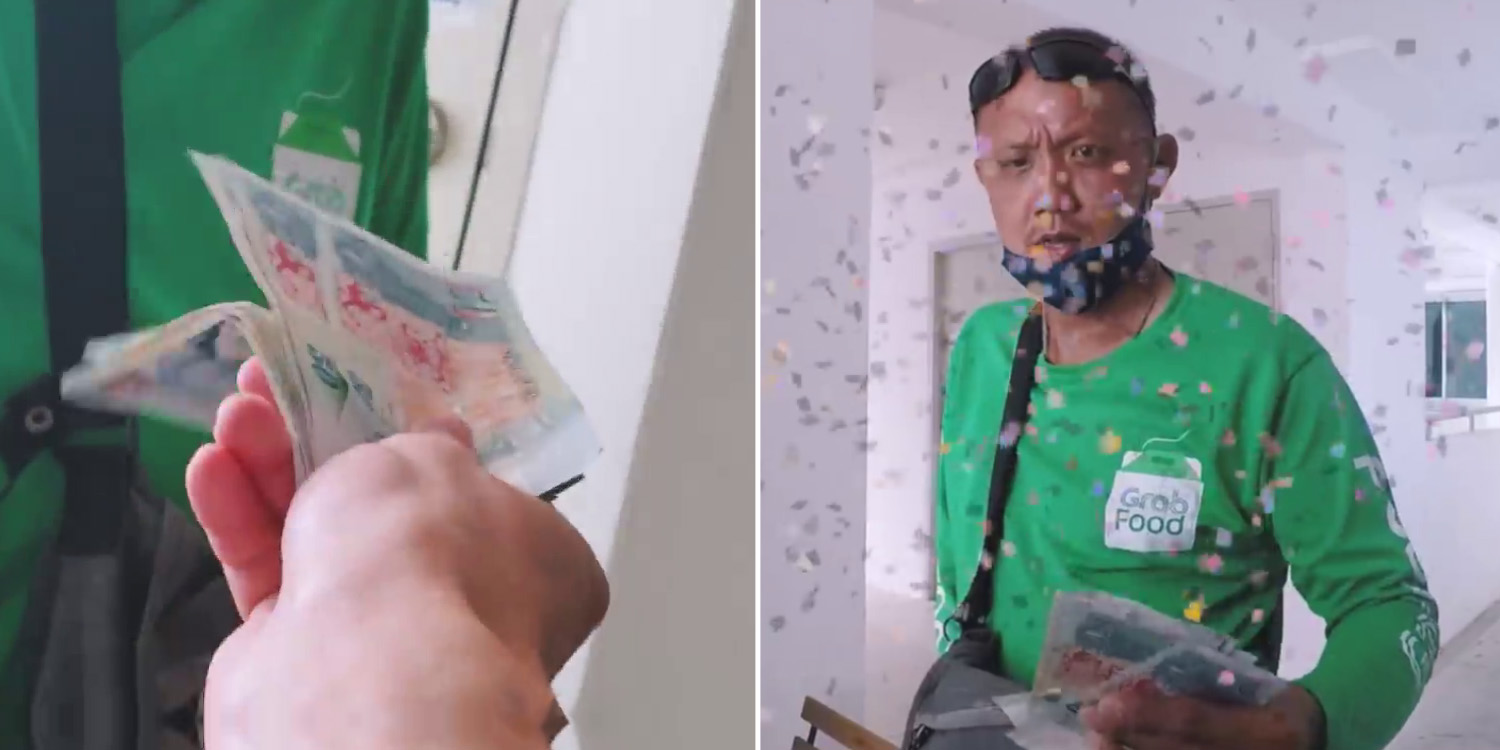 No need work for a few days liao.

Delivery riders hustle hard to get piping hot meals delivered to our doorsteps. Thanks to their efforts, we can enjoy delicious food without having to prepare or walk out for it.

Most of us are pretty grateful. But one Singaporean YouTuber just took his appreciation to a whole new level. 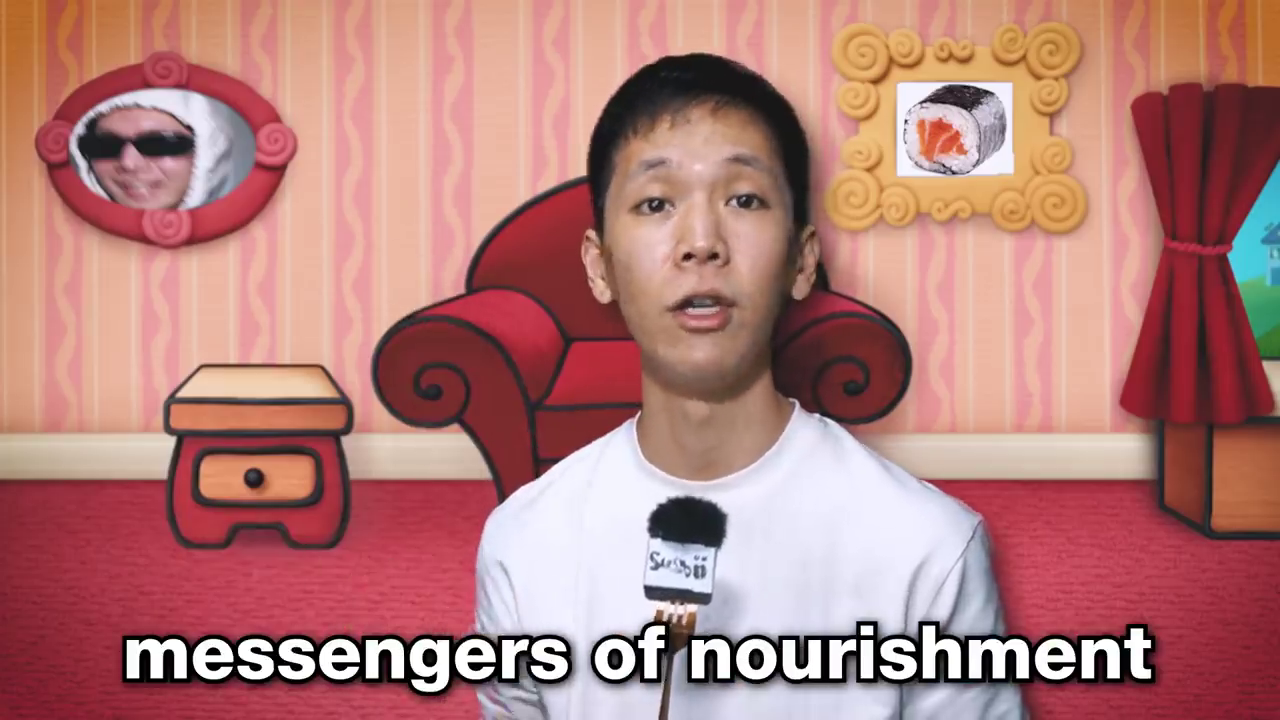 Delivery riders come knocking on doors, carrying green backpacks filled with sustenance, which is why he wanted to tip his GrabFood riders handsomely—not without documenting the entire process for posterity, of course.

He even went as far as to tipping one of them a whopping $1,000. And their reactions? Priceless.

According to Sneaky Sushii’s latest YouTube video on 12 Apr, he had a grand total of $1,200 to tip GrabFood riders for being such “God-sent angels”.

He tipped the first delivery rider $50, and the guy was shooketh. 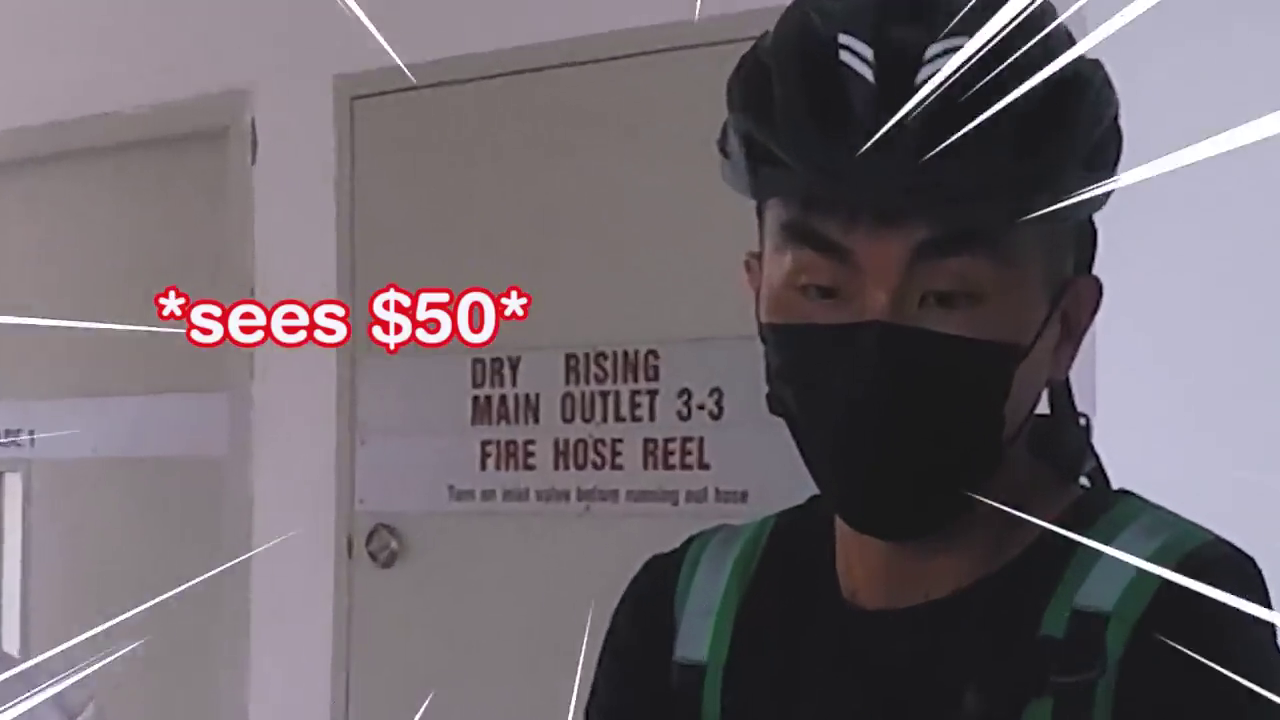 Sneaky Sushii told him, “Nah, it’s okay, just take it, just take it. Thanks for delivering the drink, I like it.” 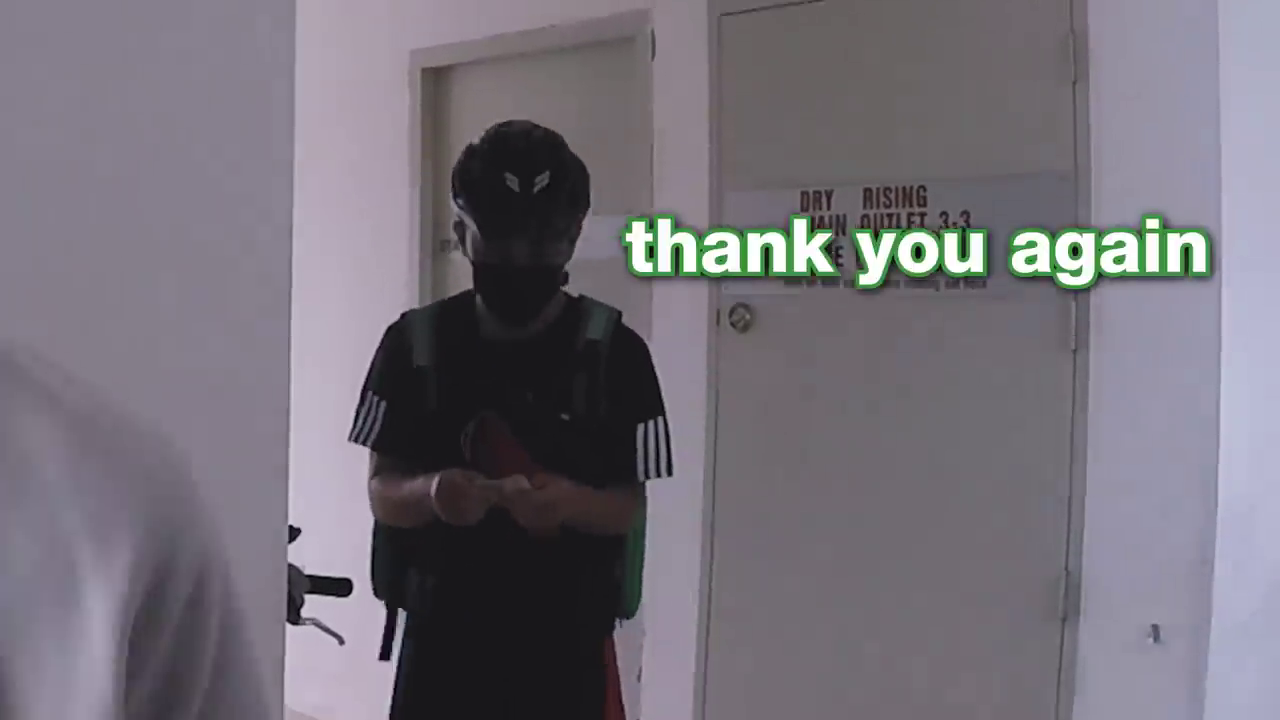 After recovering from his audible gasp, the delivery rider bowed in appreciation and thanked the YouTuber profusely.

Next, Sneaky Sushii ordered from McDonald’s. When the rider arrived, he gave him a $200 tip.

The rider seemed pretty composed for someone who had just received 4 notes of $50. 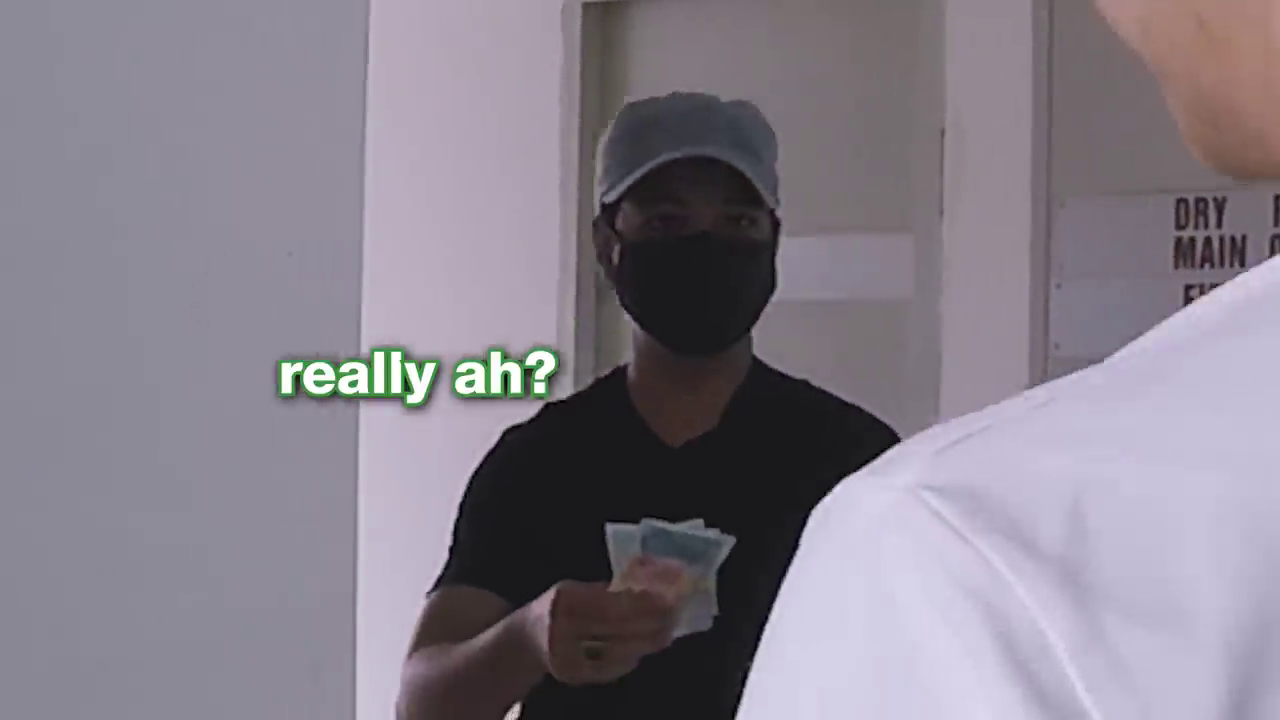 But he was happy enough to pose for the camera before leaving. 3rd rider asked to buy a drink & pay for it first

For the 3rd and final order, Sneaky Sushii named a caveat. He realised he had forgotten to order a drink and left a note, asking the rider to buy and pay for his beverage first.

He gave the rider a call, and the rider obliged, despite delivering the order on foot.

“He’s going to be so tired when he reaches here. Maybe he deserves the $1,000,” Sneaky Sushii said casually. 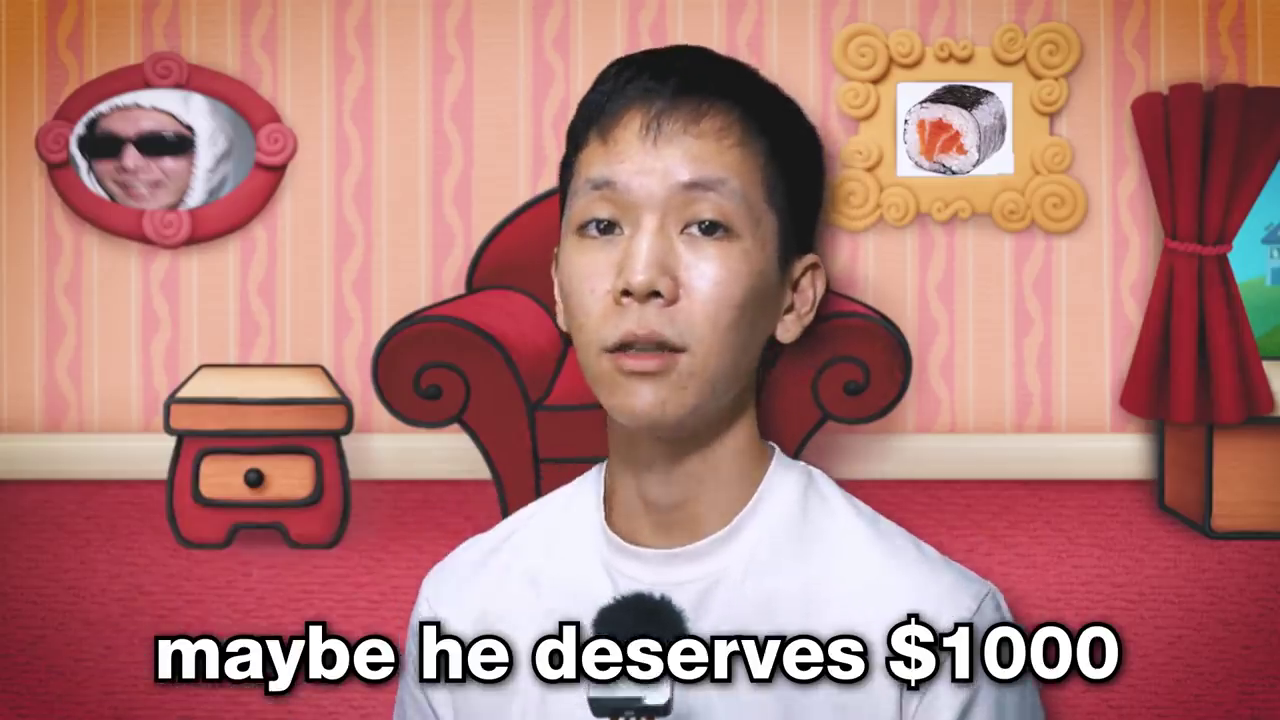 After a while, good guy delivery rider has arrived, and he earnestly told the YouTuber that he bought the Coca Cola drink for only $0.90.

Sneaky Sushii then said he didn’t have small change, so he ended up giving the rider the $1,000 tip.

The rider looked completely mindblown by the gesture, though he humbly told the YouTuber that the drink cost him less than a dollar.

The rider looked at the cash, feeling slightly puzzled. He asked why, saying the tip was “one thousand nehhhh.”

Sneaky Sushii simply explained that it’s hard being a delivery rider and he wanted to relieve his burden.

Tells rider to take a few days off

Since the rider earned about $100 a day, the YouTuber chuckled and said the rider can now afford to take a few days off and rest.

The rider expressed that he didn’t dare to receive the $1,000 as it was too much.

He was undoubtedly touched as he said it was his first time receiving such a generous tip.

Sneaky Sushii ended the video by sending his appreciation to all delivery riders, who work hard to deliver food even in the rain.

Nice to see someone making another person’s day

Being a delivery rider means having to brave the elements when carrying out their responsibilities. Sometimes, they even prioritise their customer’s food over their safety.

Delivery Rider Falls Mid-Journey In Rain, Checks If Food Is Okay First Instead Of Himself

So, kudos to the Singaporean YouTuber for making the day of these riders. Their reactions surely made the entire process even more heartwarming.

It lowkey makes us wish we were as lucky as them too.