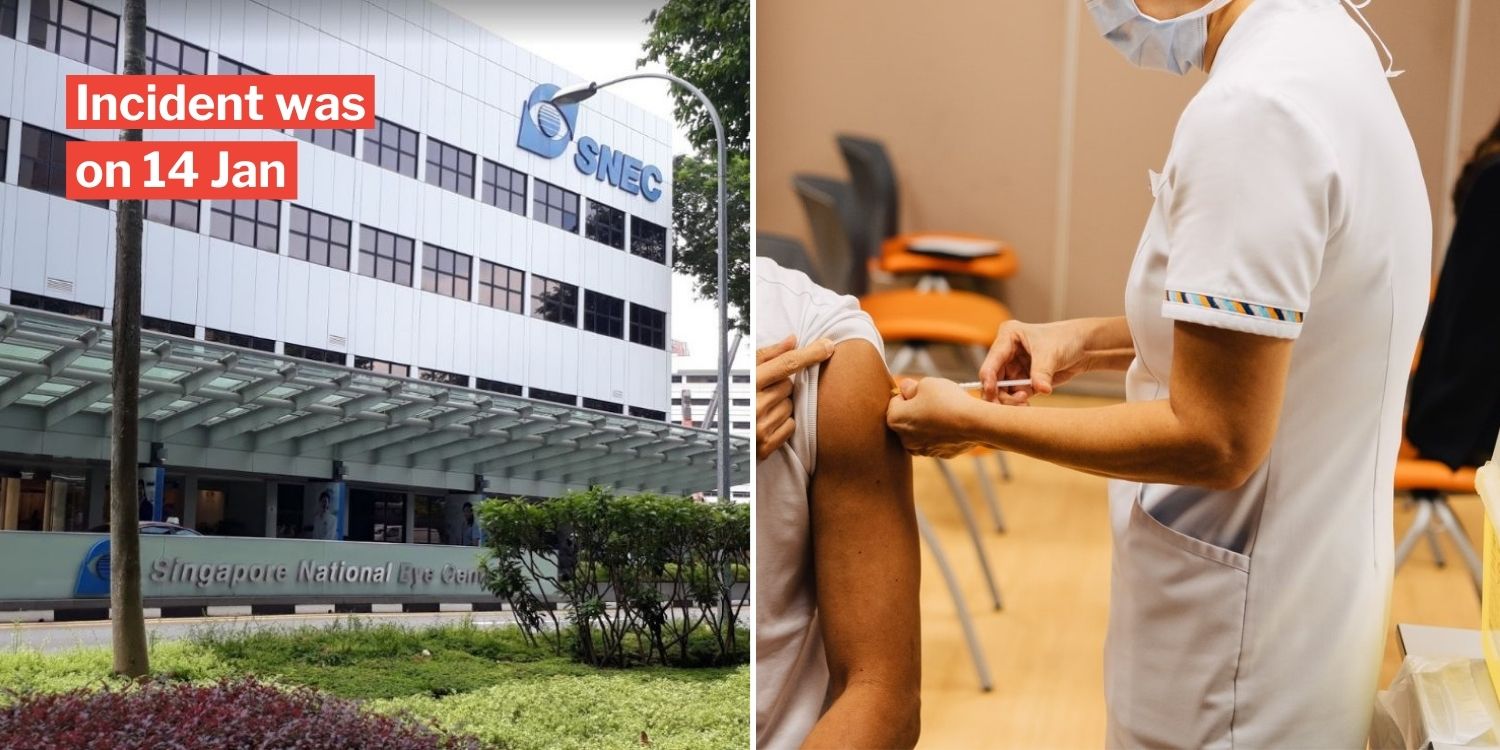 SNEC has apologised for the lapse.

Getting vaccinated against Covid-19 is generally regarded as a good thing.

In fact, Singapore’s the 2nd-safest country in the world amid the pandemic precisely due to its availability of vaccines and their rollout.

Our healthcare workers, as those on the frontline, have deservedly been the 1st to receive vaccinations.

However, as beneficial as the vaccine is supposed to be, getting 5 doses of it may be a bit too much – that happened to a staff member from the Singapore National Eye Centre (SNEC). When the mistake was discovered, the SNEC’s vaccination exercise was stopped.

The centre subsequently found that it was the result of a lapse in communication by the vaccination team.

On Saturday (6 Feb), SNEC issued a press release that was reported by Channel NewsAsia (CNA).

It said the unnamed staff member was taking part in a vaccination exercise on 14 Jan.

According to SNEC, it kicked off the vaccination exercise for staff members on 8 Jan. 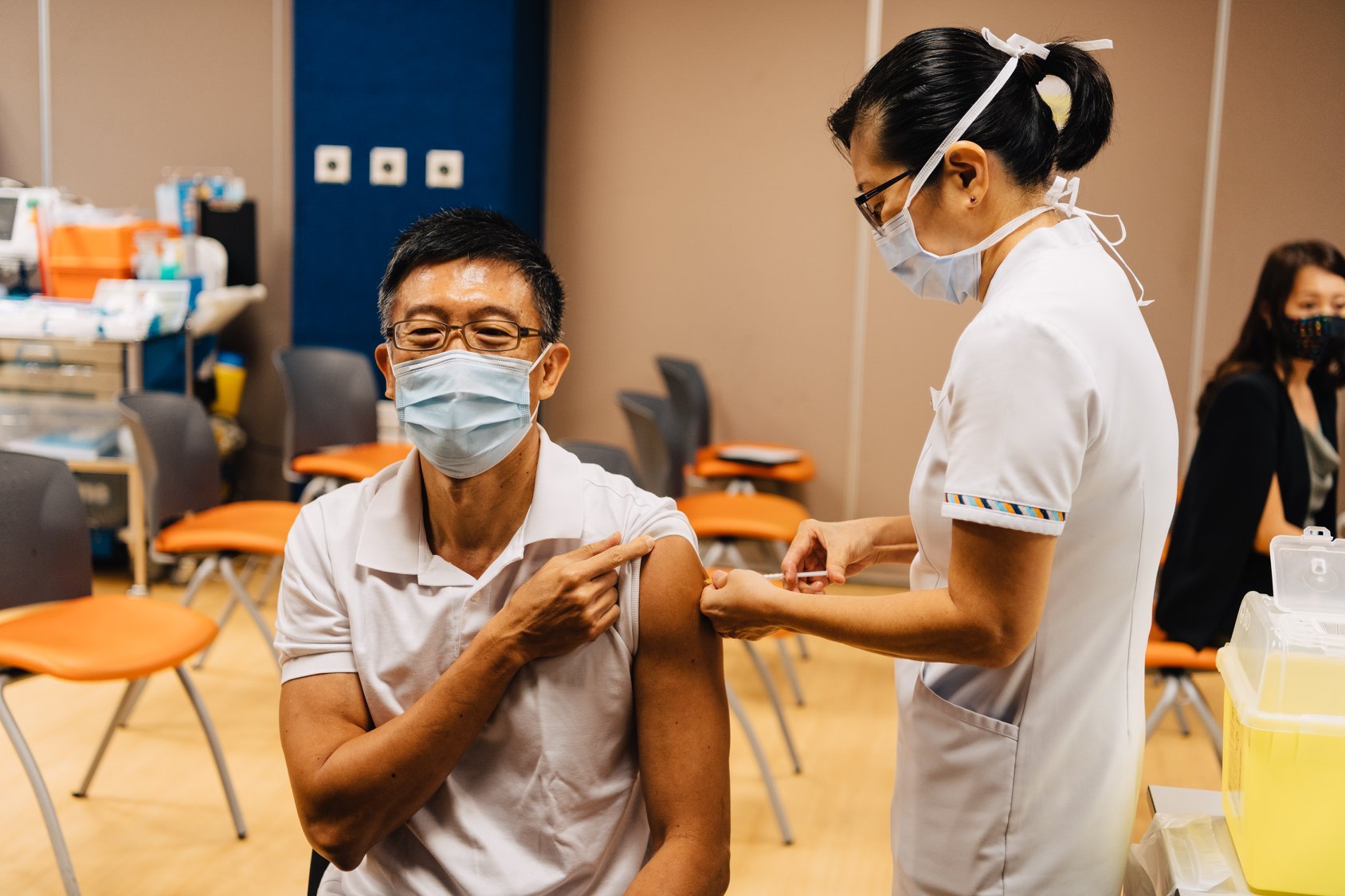 All staff were given doses of the Pfizer-BioNTech Covid-19 vaccine approved for use in Singapore.

However, one staff received 5 doses instead of one.

The error was discovered “within minutes” of getting jabbed, CNA reported SNEC as saying.

As a result of the quick detection, he was still hanging around, having a rest at a designated area.

Staff is ‘well’, condition has been stable since then

Doctors quickly came and checked him. They found him to be “well”, and not showing any signs of negative reaction or side effects.

However, he was still sent to the nearby Singapore General Hospital (SGH) and warded for observation. 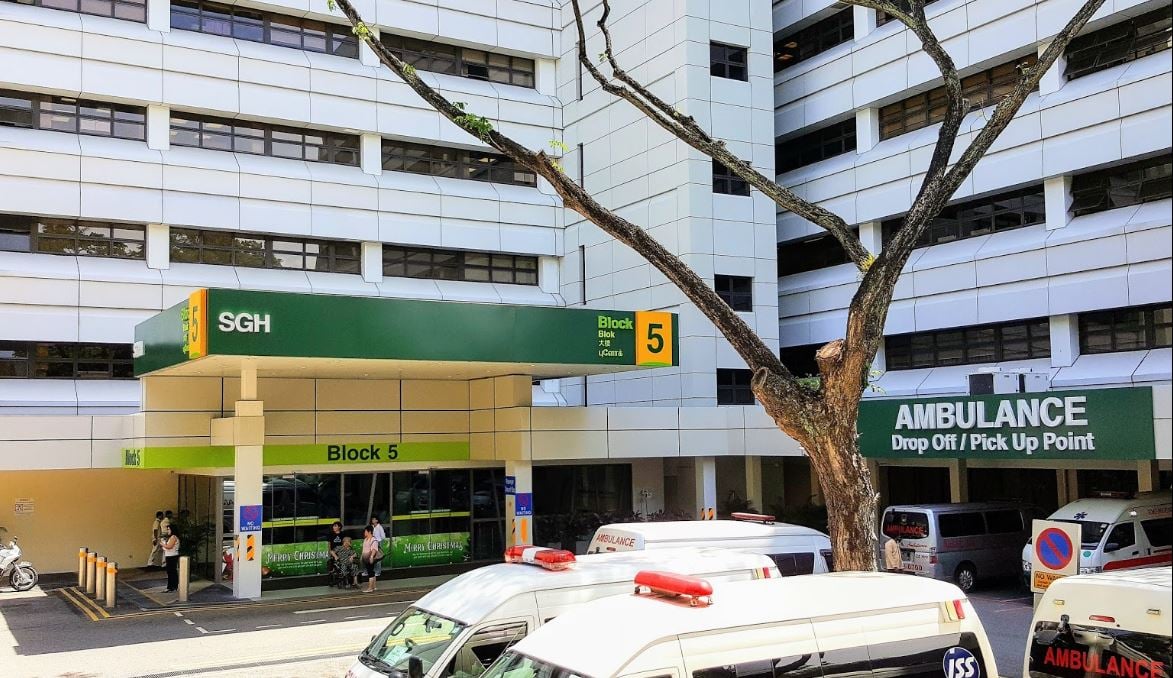 He was discharged 2 days later, as his condition was stable throughout his stay.

Since then, SNEC said they have been following up on his condition.

They said the staff “remains well”.

When the error was discovered, quick action was taken as a precaution.

That meant that the SNEC’s vaccination exercise at the SNEC was stopped immediately, according to CNA.

The rest of their staff who had not yet been vaccinated got their jabs at SGH. 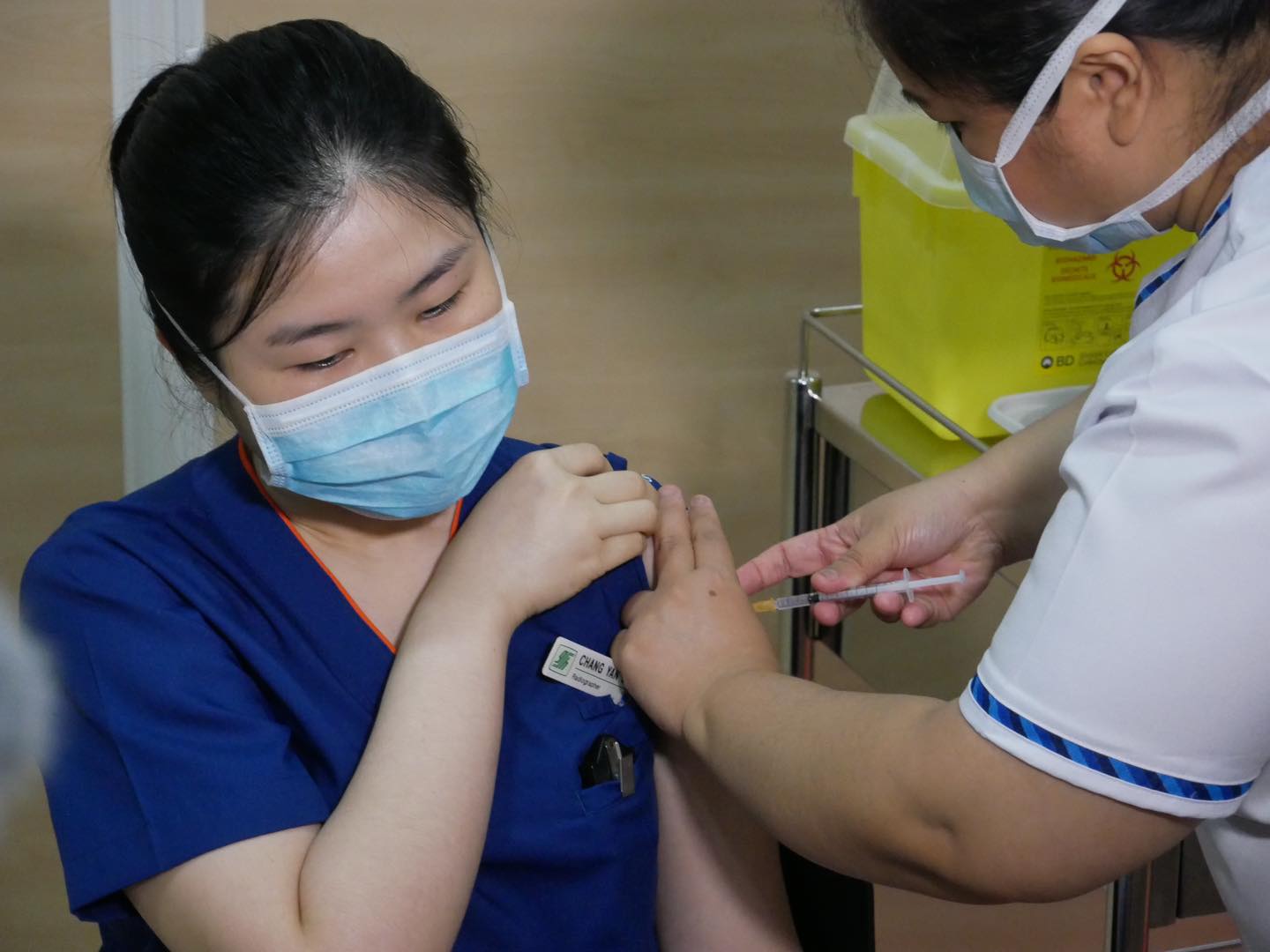 An SGH staff getting vaccinated
Source

However, it’s uncertain if they’ve since resumed their vaccination exercise or not.

SNEC has said that it’s not involved in vaccinating other groups as Singapore moves forward with its vaccination exercise.

Mistake due to human error

While thankfully the affected staff seems alright so far, how did this mistake occur in the 1st place?

SNEC did some investigations and told CNA that it was due to “human error”.

Specifically, there was a “lapse in communication” among those on the vaccination team.

Undiluted vaccine dose given out

It turns out that the vaccine dose has to be diluted before being given.

There was a staff in charge of preparing the vaccine, which includes dilution, but he or she was called away for other tasks.

Another staff took over, but mistakenly thought an undiluted dose of vaccine had already been diluted, and was ready to be given out. 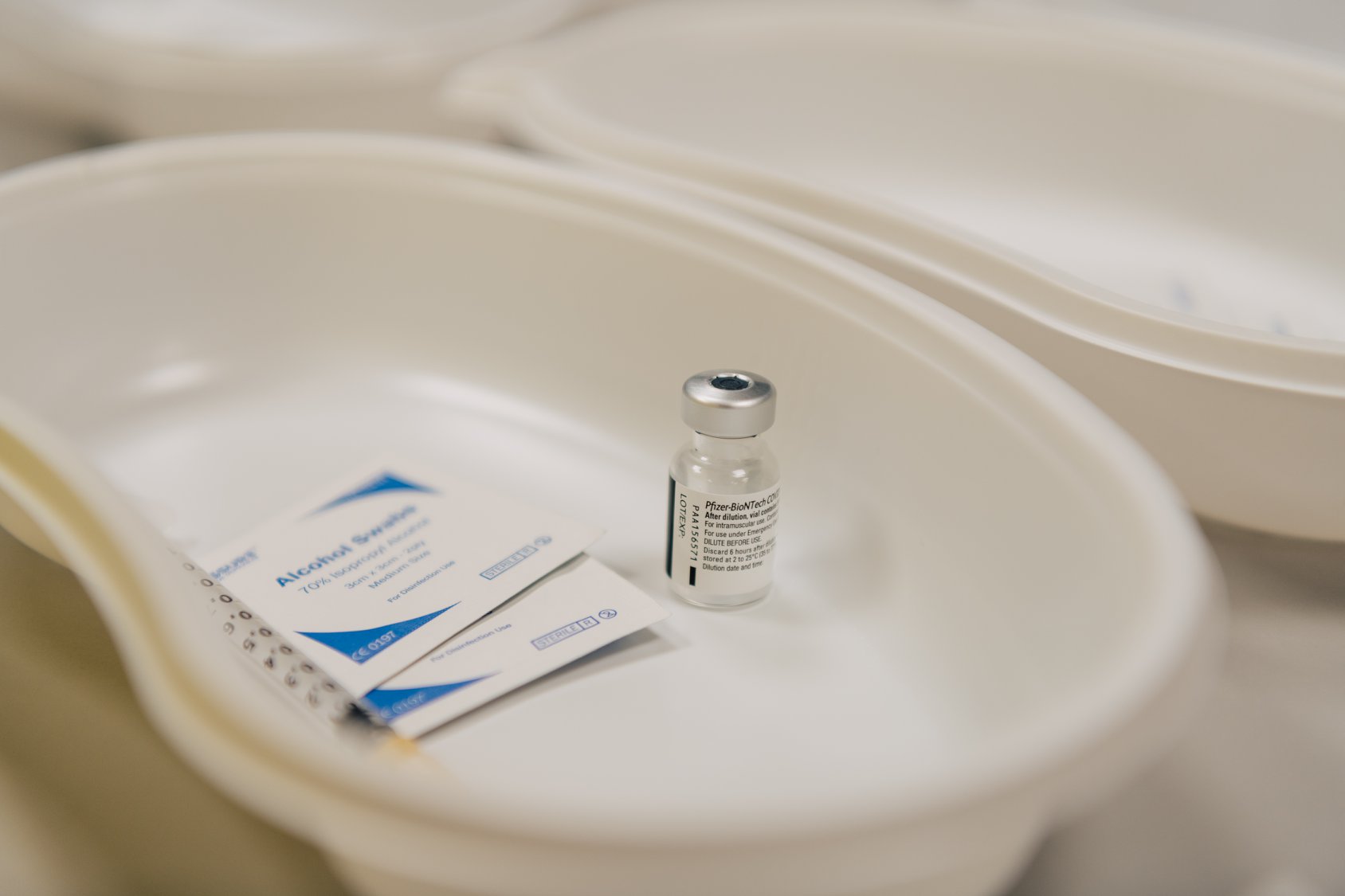 The affected staff member was the unlucky recipient of this undiluted dose.

They have also apologised to the affected staff and his family, and will offer necessary support.

He said the centre takes “a very serious view” of this case, and has done a “thorough review” of its internal processes.

Action has been so that such an error doesn’t happen again, Prof Wong added.

Too much of a good thing?

As the affected staff seems to be well so far, it seems that more serious consequences have been avoided. Hopefully, he continues to show no negative reactions.

The vaccine may be a lifesaver, but it’s also still new. As some people have had severe allergic reactions to it, it’s understandable if people are worried for the staff’s health.

After all, we don’t know how dangerous it is when too much of a good thing is given.

One question, though: Will he still be given a 2nd dose, that’s supposed to be administered 3 weeks later? Do comment if you think you have the answer.