Freak accidents happen more often you might think, but this is the first time we’ve heard of a freak suicide leading to a near miss for one unlucky – or rather, extremely lucky – driver.

When the 40-year-old BMW driver visited The Interweave condominium along Kim Keat Road on Thursday (5 Mar) morning, little did he know was that he would survive a close brush with death caused by a distressed man 8 floors above him. 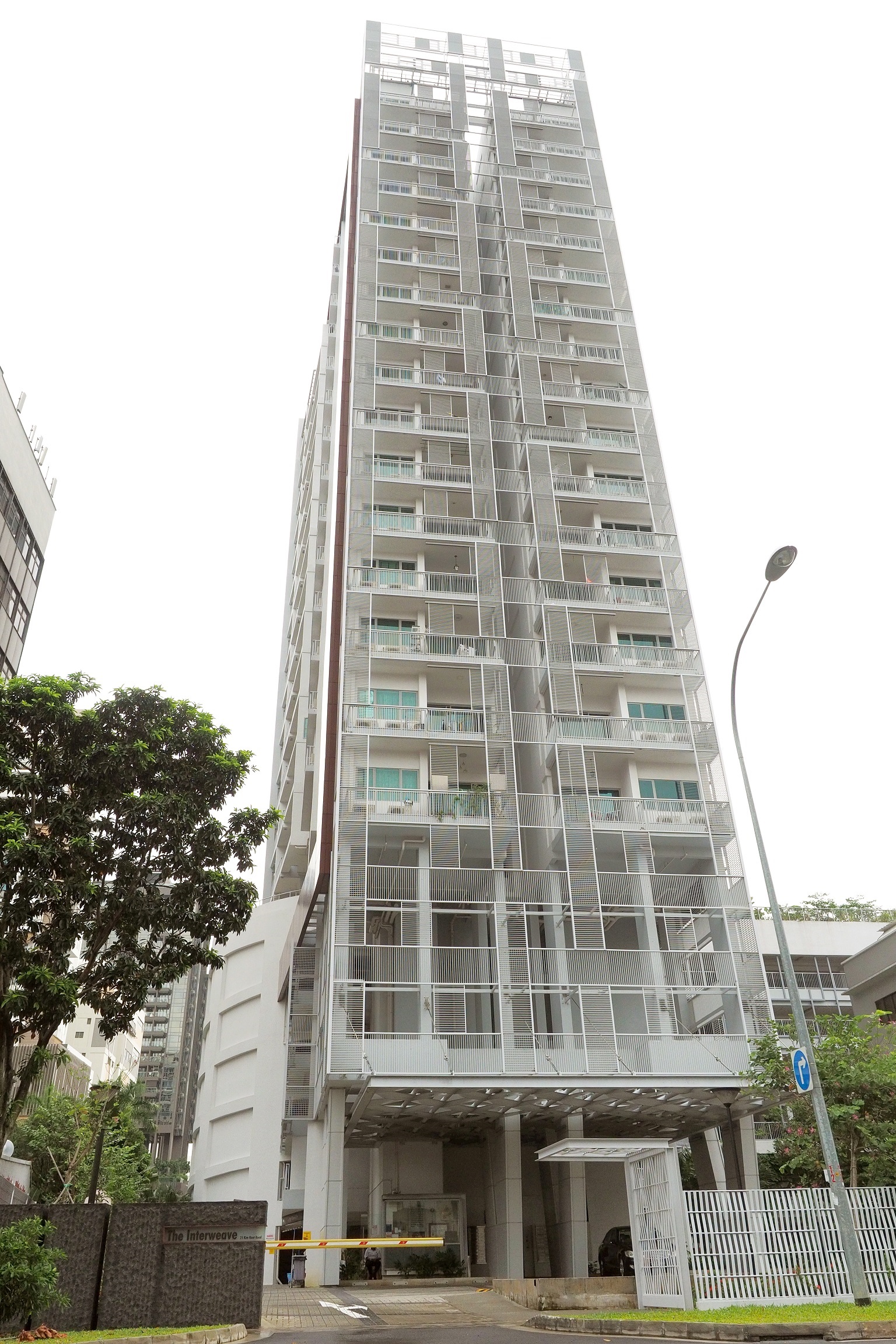 According to Lianhe Wanbao, the shirtless 27-year-old man, distraught over possibly breaking up with his Thai girlfriend, jumped from the 8th floor of the condominium.

At exactly that time, the champagne-coloured BMW X5 SUV was in the driveway, turning into the carpark.

The jumper landed squarely on top of the vehicle, crashing through its sunroof and into the front passenger seat, right next to the driver.

The man died with his head sticking out through the sunroof, said the paper.

An eyewitness was quoted by AsiaOne as saying that the front seat of the vehicle was covered in blood, but amazingly, the driver collected himself enough to leave the car to ascertain what had happened.

Police were notified at 8.26am, and an ambulance and many police cars arrived, cordoning off the scene for close to two-and-a-half hours. The BMW was then towed away in the afternoon. 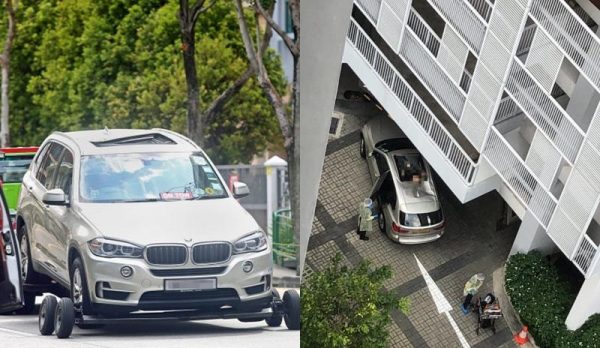 Seen quarrelling with 3 women before jumping

Another eyewitness known as Ms Zhang, who worked at a coffeeshop close by, was quoted by AsiaOne as saying that she saw the dead man quarrelling with 3 women outside the condo at about 5am.

They continued bickering in a foreign language while returning to the condo. Later, she heard a loud crash when he fall from the tower.

The three women were spotted in tears after the incident, and were stopped by the police from trying to get to the body, AsiaOne reported.

While the driver escaped from the incident unhurt, he must be counting himself unlucky for having his car damaged from literally out of the blue.

However, he should look on the bright side — he is also extremely lucky to escape death as just a few seconds difference means the young man’s body could have landed on top of him, instead of on his front passenger seat.

On the other hand, the tragic loss of the young man’s life is to be lamented.

Whatever the reason for his suicide, there’s simply no reason to end your life, especially in this manner.

MS News sends our condolences to the dead man’s loved ones during this difficult time.