Must Share News – Independent News For Singaporeans
Home Lifestyle Takashimaya Toys Fair Has Gundam Figurines & Plushies At Up To 70%... 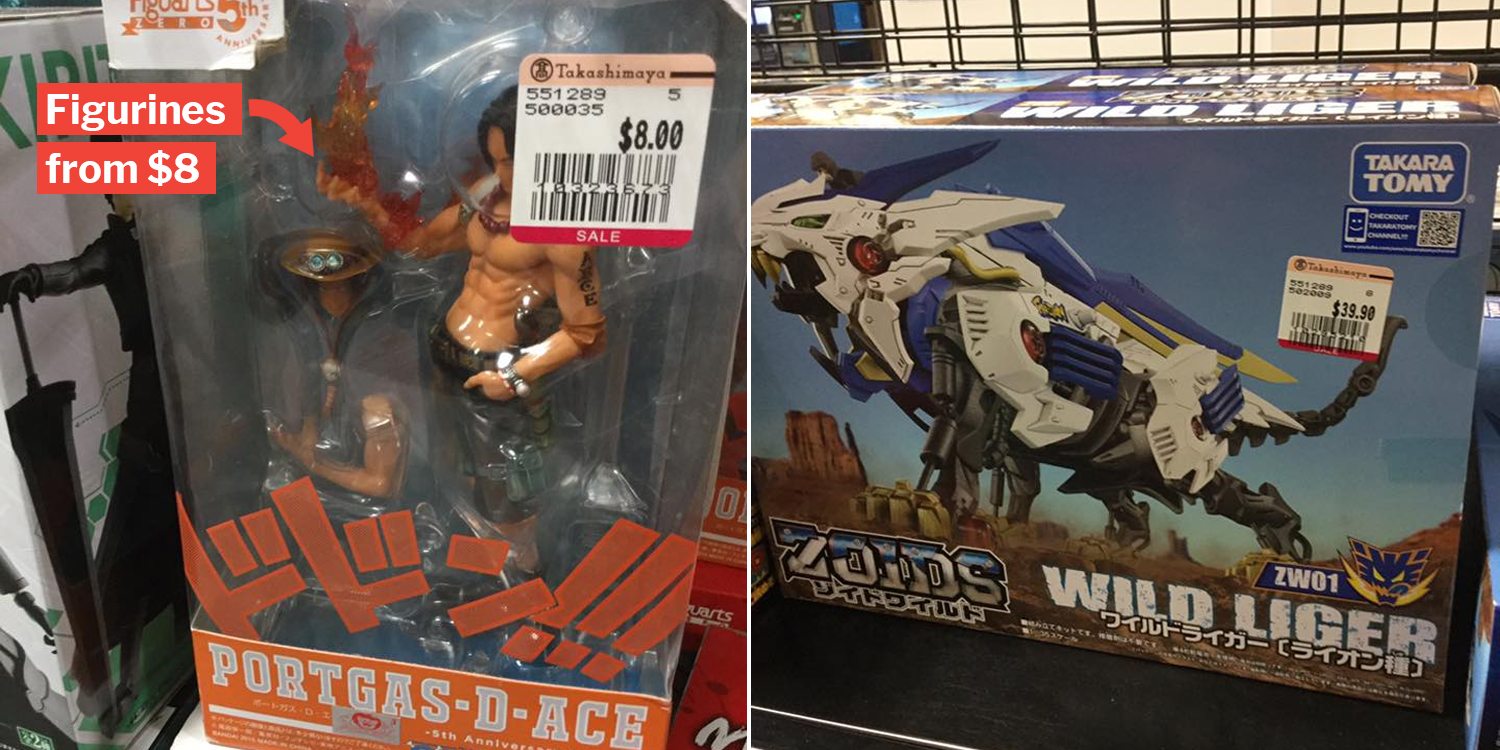 Takashimaya Toys Fair Has One Piece And Gundam Figurines

Collecting figurines can be quite a costly hobby.

But if you’re a toy-collector on a budget, we have some good news for you.

Takashimya is having a Collectible Toys Fair that has figurines, plushies and other toys at up to 70% off from now till 26 Mar.

We know you’re already getting excited, so here’s a sneak peek.

One Piece figurines from $8

One Piece fans will be delighted to know that there is a huge collection of One Piece merchandise at the sale.

Still in disbelief over Ace’s death in the Battle of Marineford?  You’ll be able to have him displayed in your room forever with this figurine, which costs just $8. 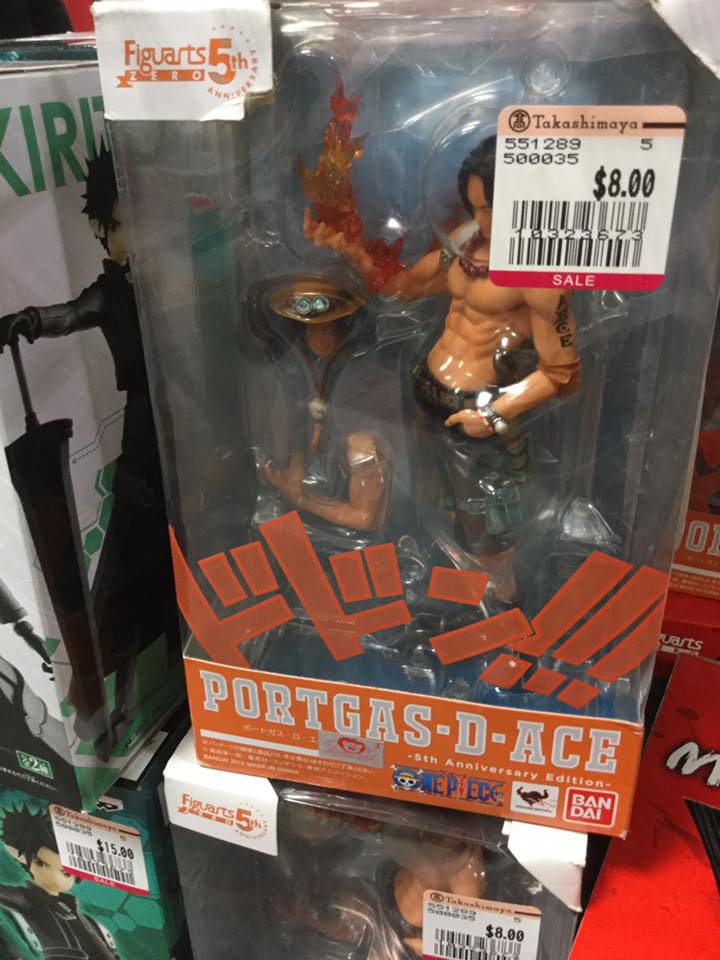 If you prefer his charismatic brother Luffy instead, this figurine of him executing a Haki imbued punch will get you pretty stoked. 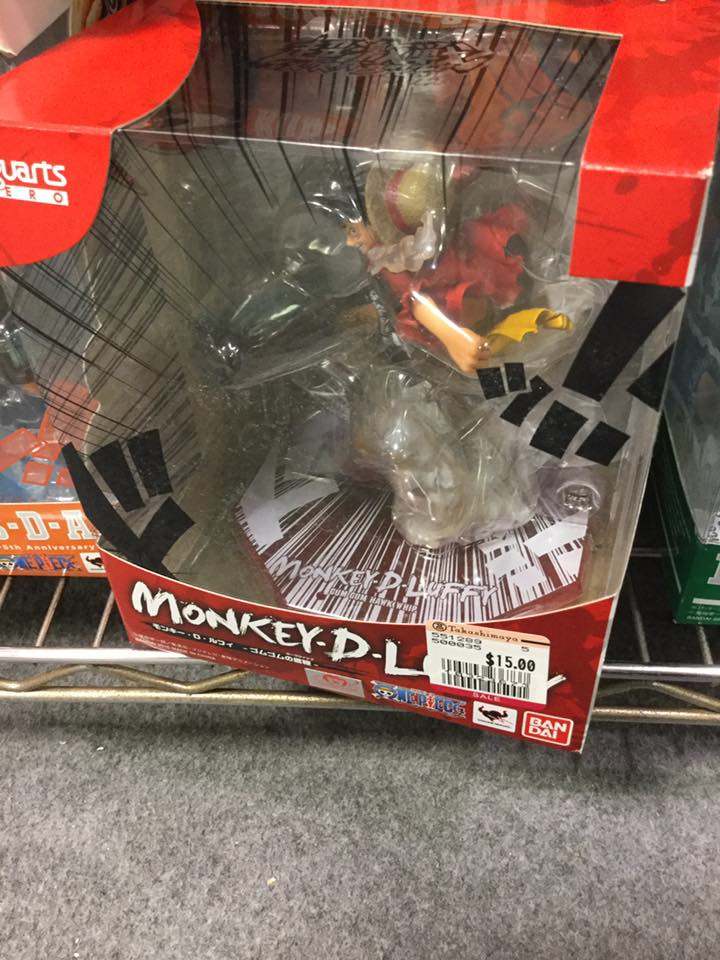 There are also ice trays shaped after Chopper and Luffy that will surely come in handy during the warm days ahead. 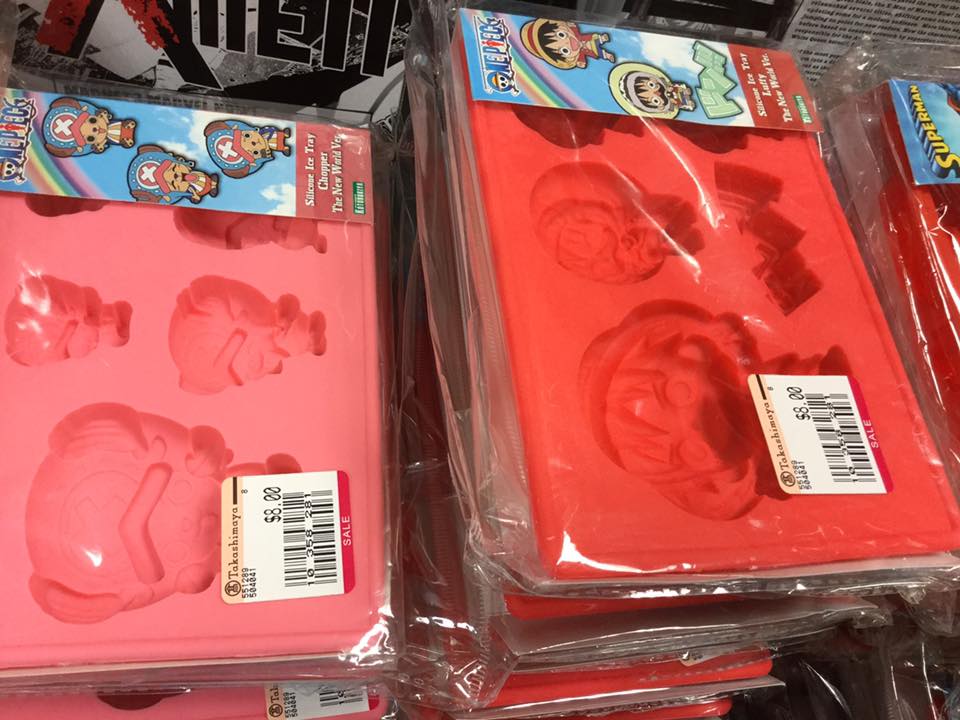 Gundam and Zoids models from just $20

One Piece isn’t the only anime getting featured at the fair. 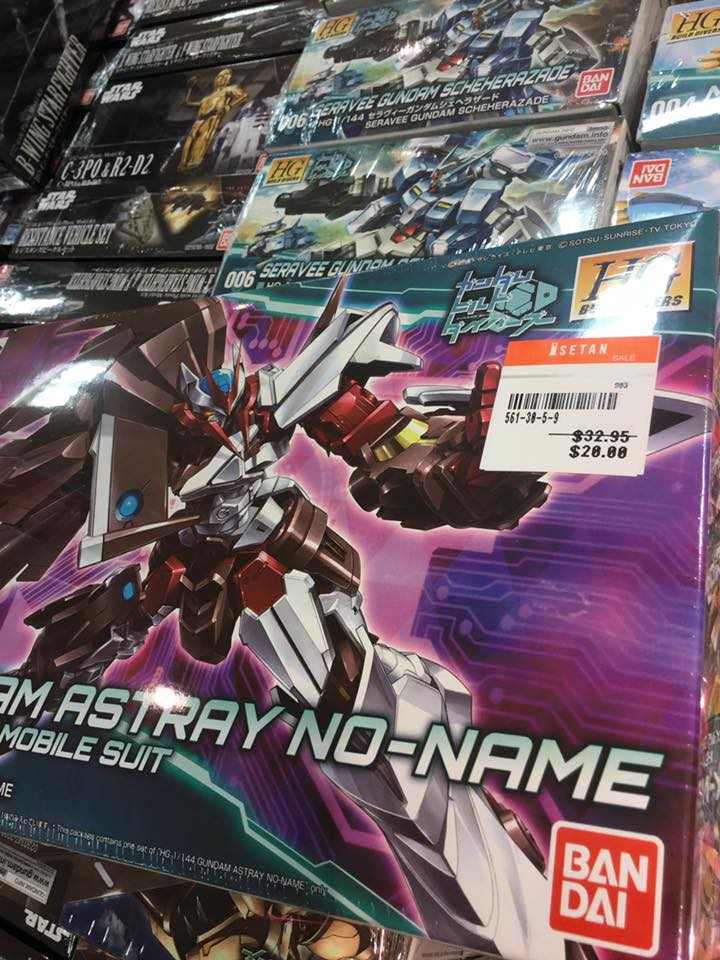 Other more sophisticated Gundam figurines are also available, albeit at a slightly higher price. 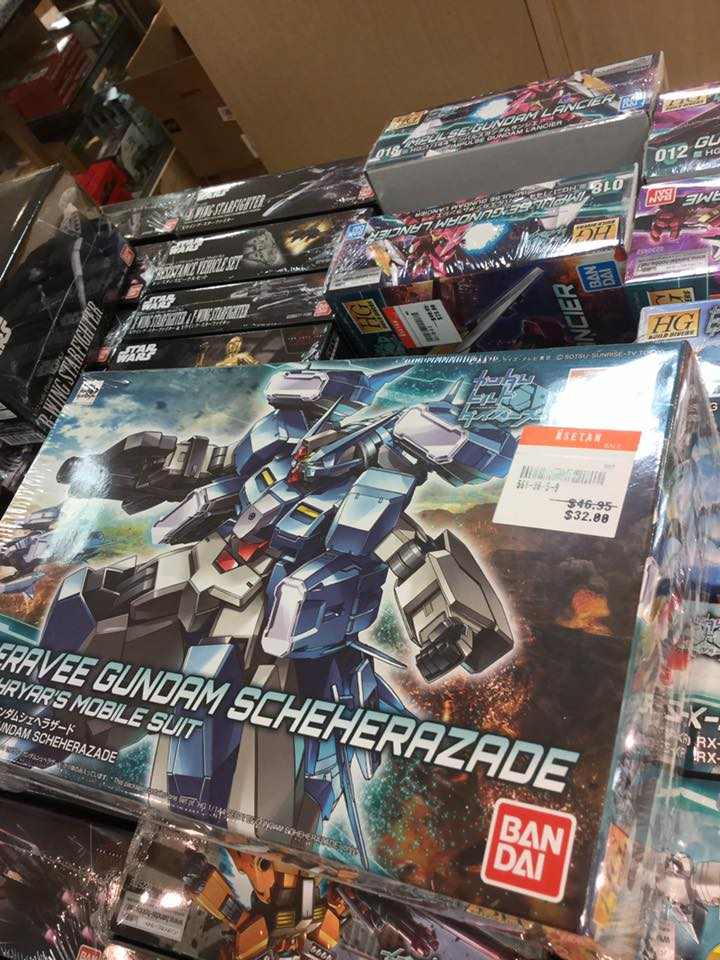 Zoids figurines are also being sold at the fair. If you’ve always wanted to own Arashi’s Wild Liger, perhaps now is the time to snag yourself one, at just $39.90. If you’re looking for a statement piece for your house, why not go wild and get the Death Rex model at $79.90. 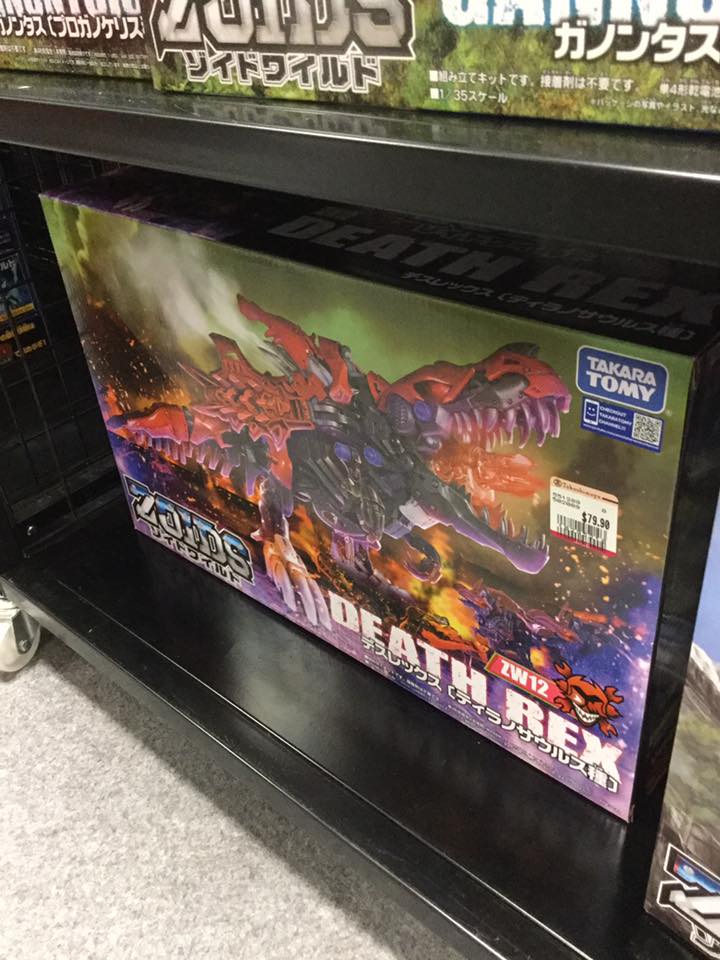 Not cheap, but if you want to hao lian, you’ve got to pump in the moolah too.

Anime lovers aren’t the only ones who are in for a treat. Avengers fans can marvel at the extensive range of merchandise at the fair.

It may take mankind some years to replicate the Iron Man suit seen in the movies but you can grab yourself a 6-inch figurine at just $30. This Black Panther mask that’s perfect for Halloween is available at $100, 50% off its original price of $199. 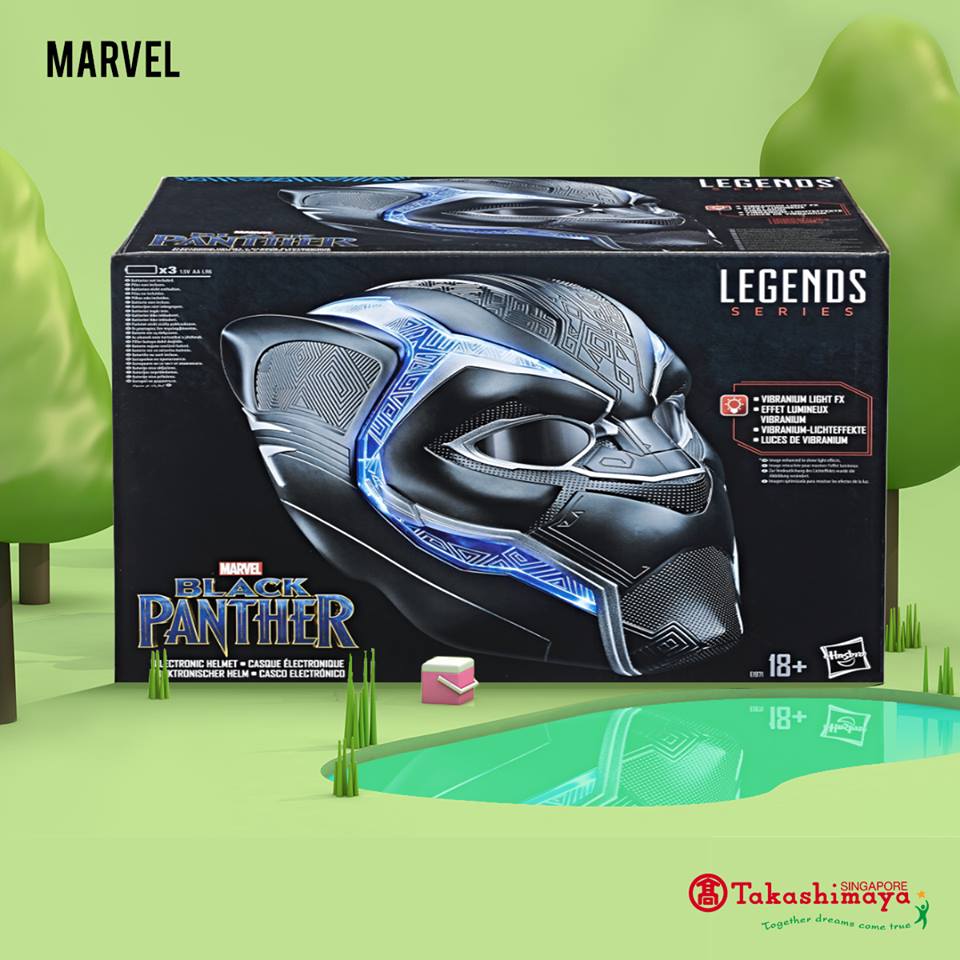 $100 may sound expensive at first, but this mask also has vibranium light effects that will surely wow your friend at the party.

Funko Pop hoarders will love the huge selection of Funko Pop action figures on sale at the fair. 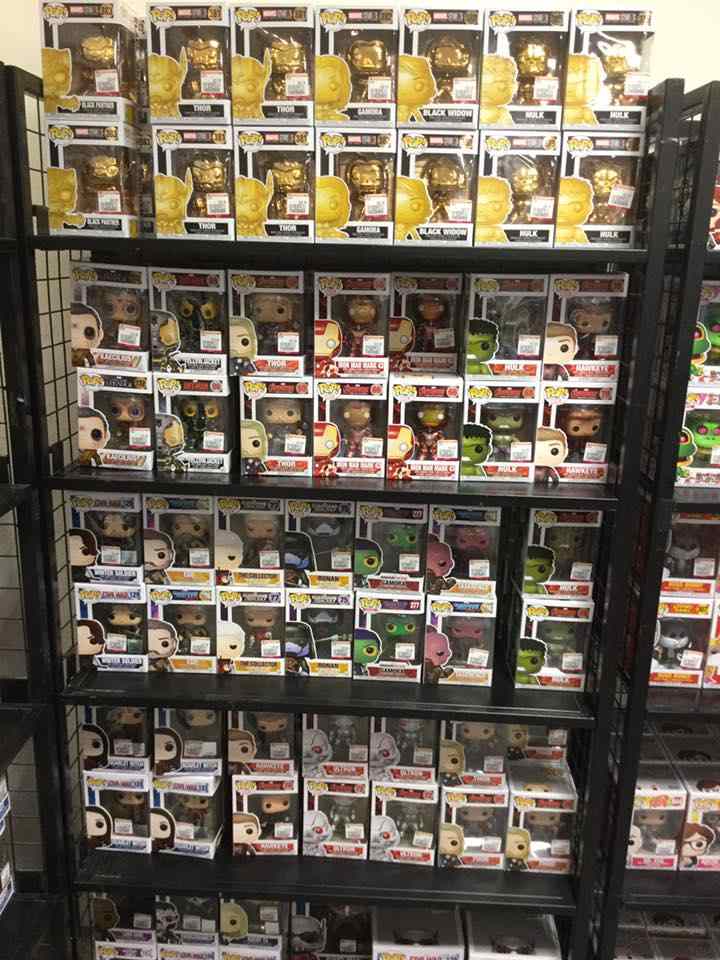 Our favourite? This regal Gold Chrome Thor figurine that’s truly befitting of the King of Asgard. 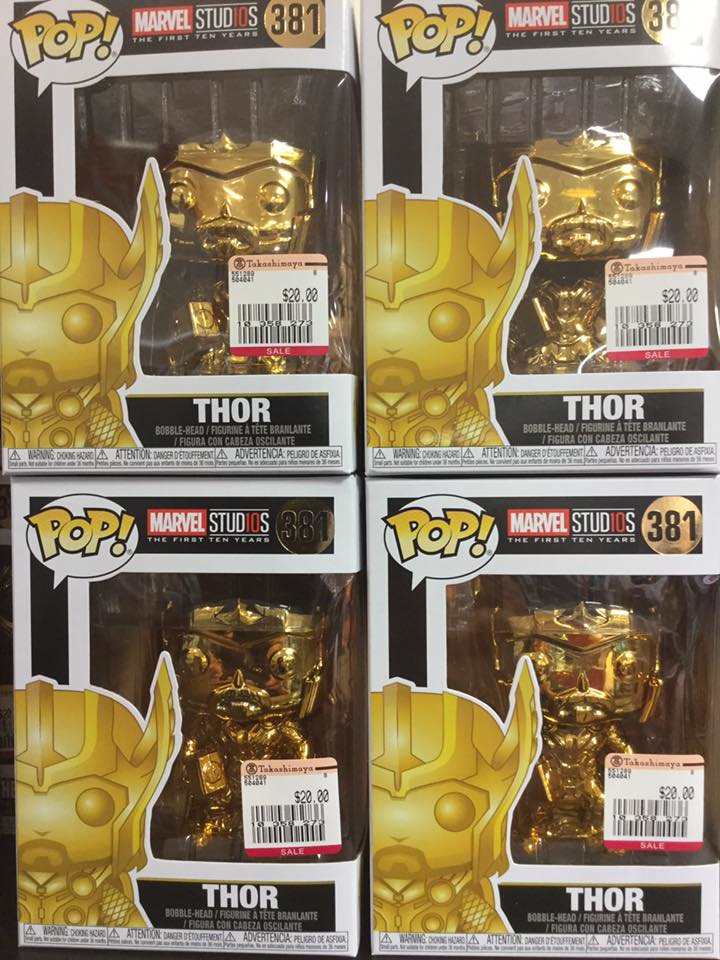 Adorable plushies sold at the fair too

If you’re accompanying your beau to the fair, but have no interest whatsoever in collecting figurines, there might be something for you.

There are also cute soft toys like this massive Pikachu plushie which costs just $39.95, $20 off its original price. 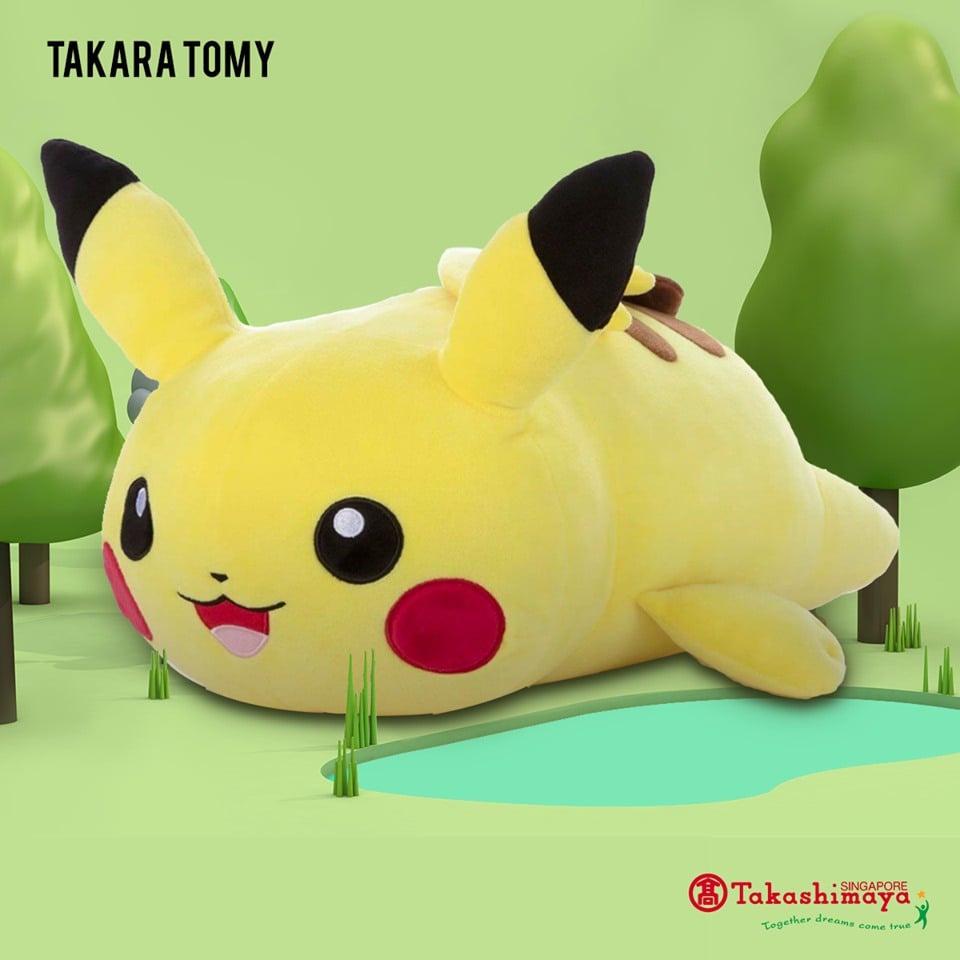 Head down fast, some items reportedly sold out.

If you’re already planning a trip down, we suggest you do it fast — some items have reportedly been sold out.

Here are more information on the sale. 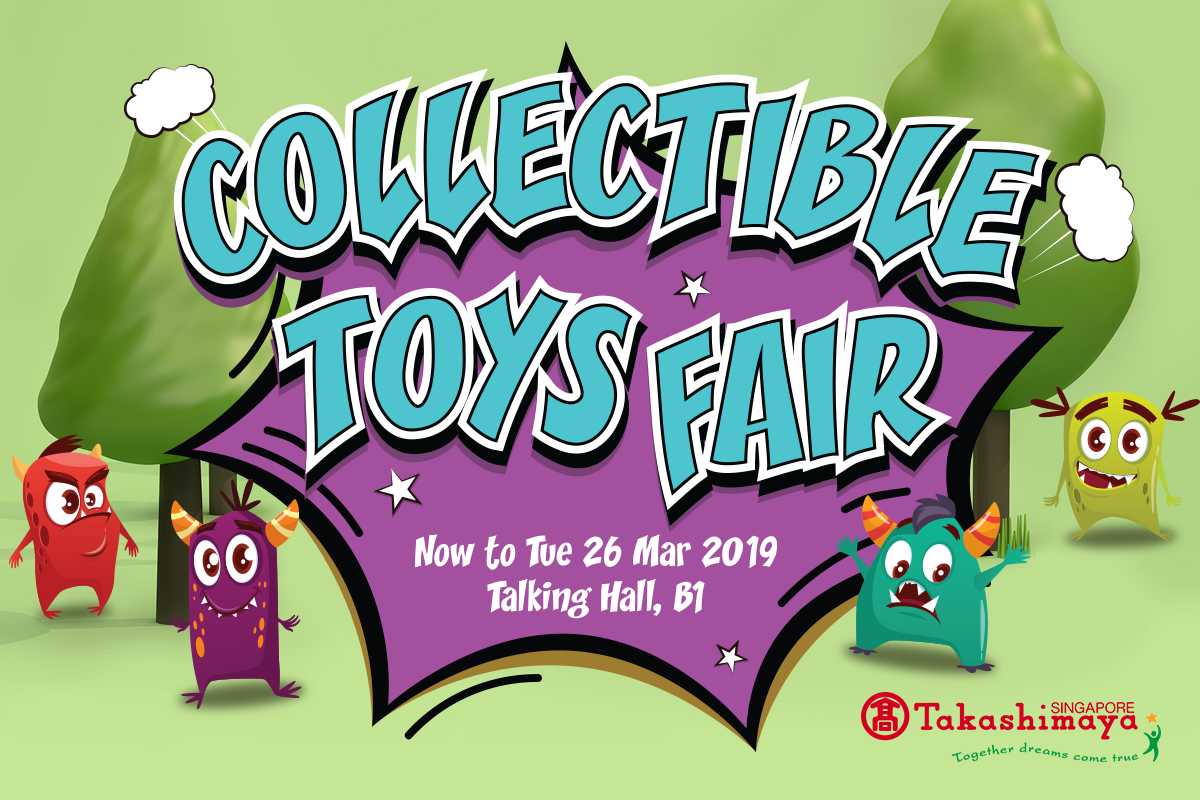 If you’re a toy collector or just someone who wants a figurine from your favourite anime or superhero movie, head on down to the Takashimaya Collectible Toys Fair soon!