The crowd broke out into a stirring rendition of "You'll Never Walk Alone".

Football can be a very emotive sport, especially when it involves teams like Liverpool, which has scores of fans in Singapore.

Thus, it wasn’t surprising that many would be watching one of, if not the most important Liverpool game of the season — the Champions League Final.

When Our Tampines Hub (OTH) organised a community live screening, supporters turned up in their thousands. However, those hoping for a Liverpool win ended up being disappointed when the English club lost to Real Madrid.

According to a Facebook post by OTH, more than 3,000 people showed up at their sprawling Festive Plaza for the game in the wee hours of Sunday (29 May) morning.

Those who didn’t get a seat in front of the screen stood around the sides or at the balconies above, packing the complex to the rafters. 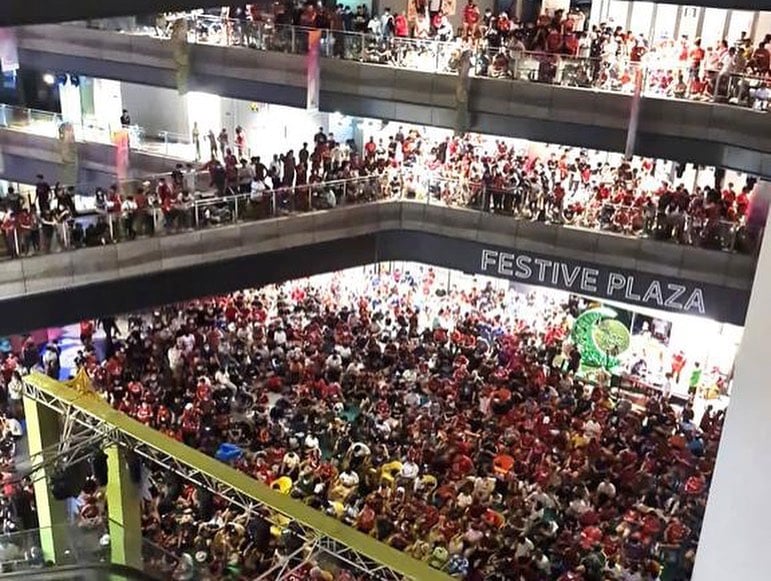 It’s a sight that most of us probably hadn’t seen since before the pandemic.

Most seemed to support Liverpool

OTH diplomatically said that the crowd comprised both Liverpool and Real Madrid supporters.

However, even a cursory glance would reveal plenty of red jerseys, signalling which club the majority of the people there supported.

Hint: Liverpool’s colours have traditionally been all red, while Real Madrid has worn an all-white home kit since its founding. If the sea of red wasn’t enough of a clue, the crowd also broke out into a stirring rendition of the Liverpool club anthem “You’ll Never Walk Alone”. 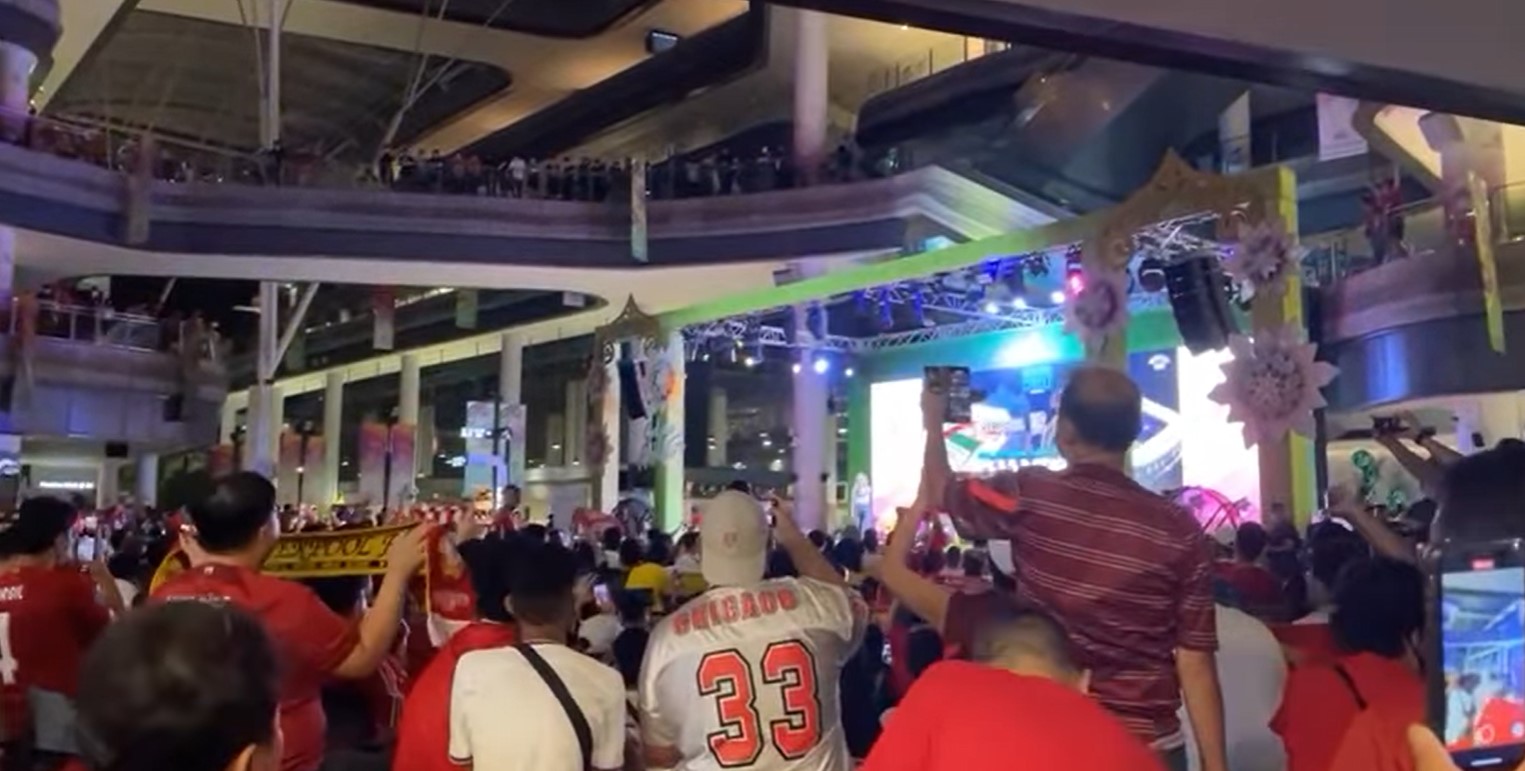 This created an amazing atmosphere, turning OTH temporarily into another Anfield (the home stadium of Liverpool), where it’s said that the fans make up the “12th man”. 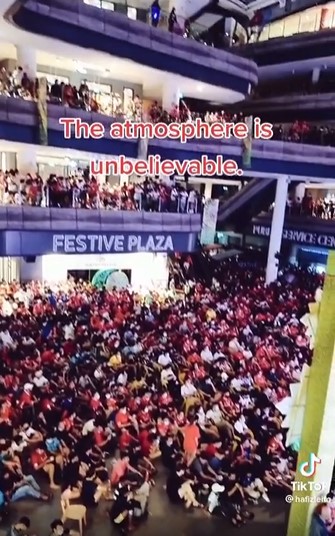 As they sang, devotees raised their arms and scarves in a display of adoration. A Tiktoker even compared the scene to a church mass.

Sadly, the crowd of supporters was disappointed when Liverpool lost the game.

Real Madrid prevailed by a single goal, scored in the 59th minute by Vinícius Júnior. 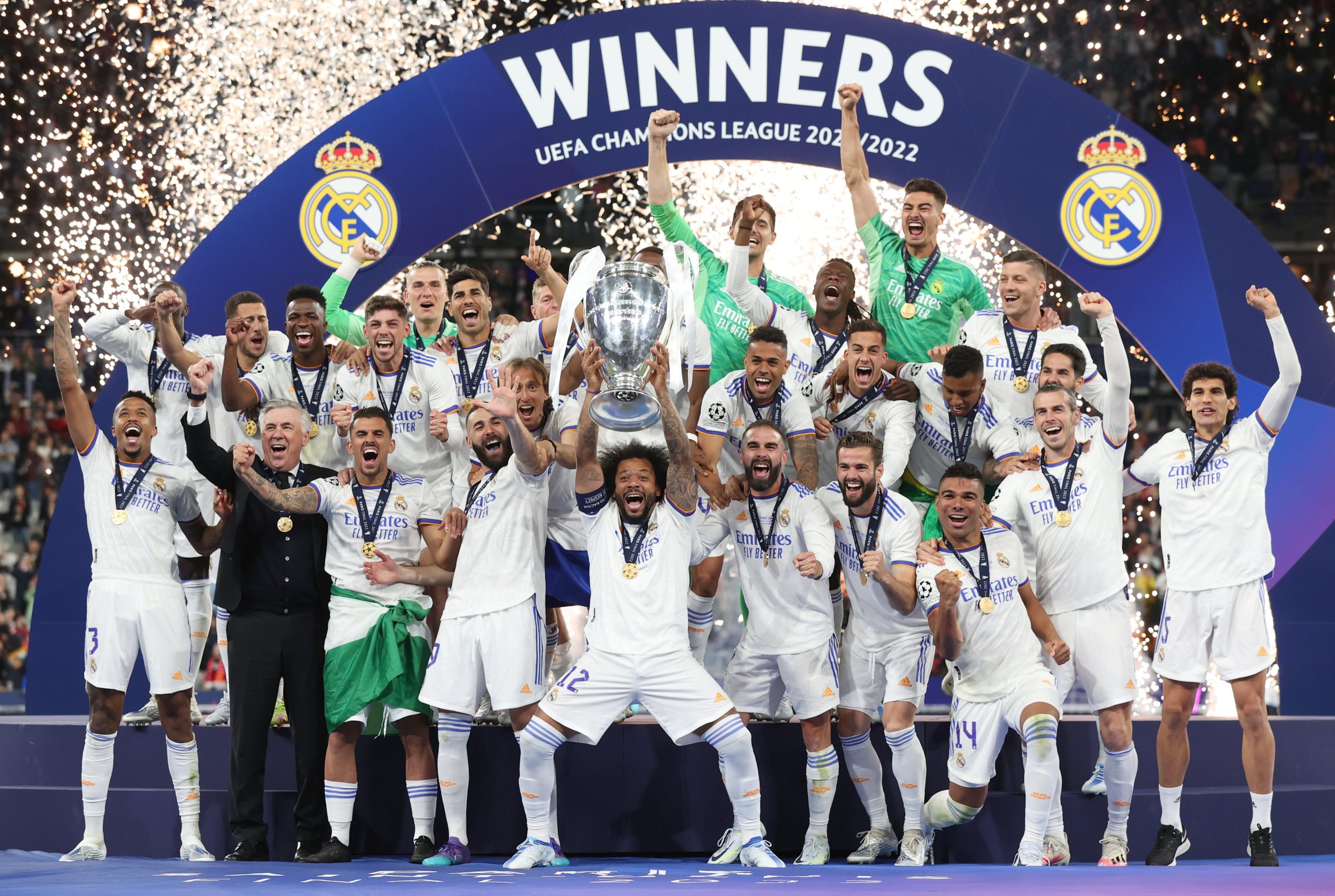 This also meant that Liverpool lost out on their second trophy in a week, having lost out on the Premier League in the final game last Sunday (22 May).

During the event, a man in a red shirt was seen repeatedly flashing his middle fingers to the emcees on stage. 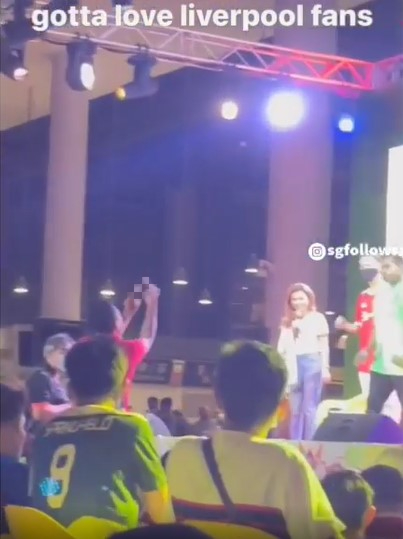 He continued to make the unsavoury gesture despite one of the emcees asking him to calm down. However, it’s unclear whether the incident occurred before or after the game.

Liverpool supporters can be proud

While it’s understandable to be disheartened by the loss of one’s favourite team, Liverpool supporters can still be proud.

Their team played every single game of every competition they were in this season, pushing their rivals all the way.

They also showed their dedication by creating the best mood seen anywhere in Singapore since the pandemic started.

Fans can also look forward to seeing their players in the flesh when they visit Singapore in July.

Despite the defeat, the team will surely go on to greater heights in the future, roared on by their excellent support worldwide.

Featured image by Lim Xiao Ming on Facebook and @danleehan on TikTok.