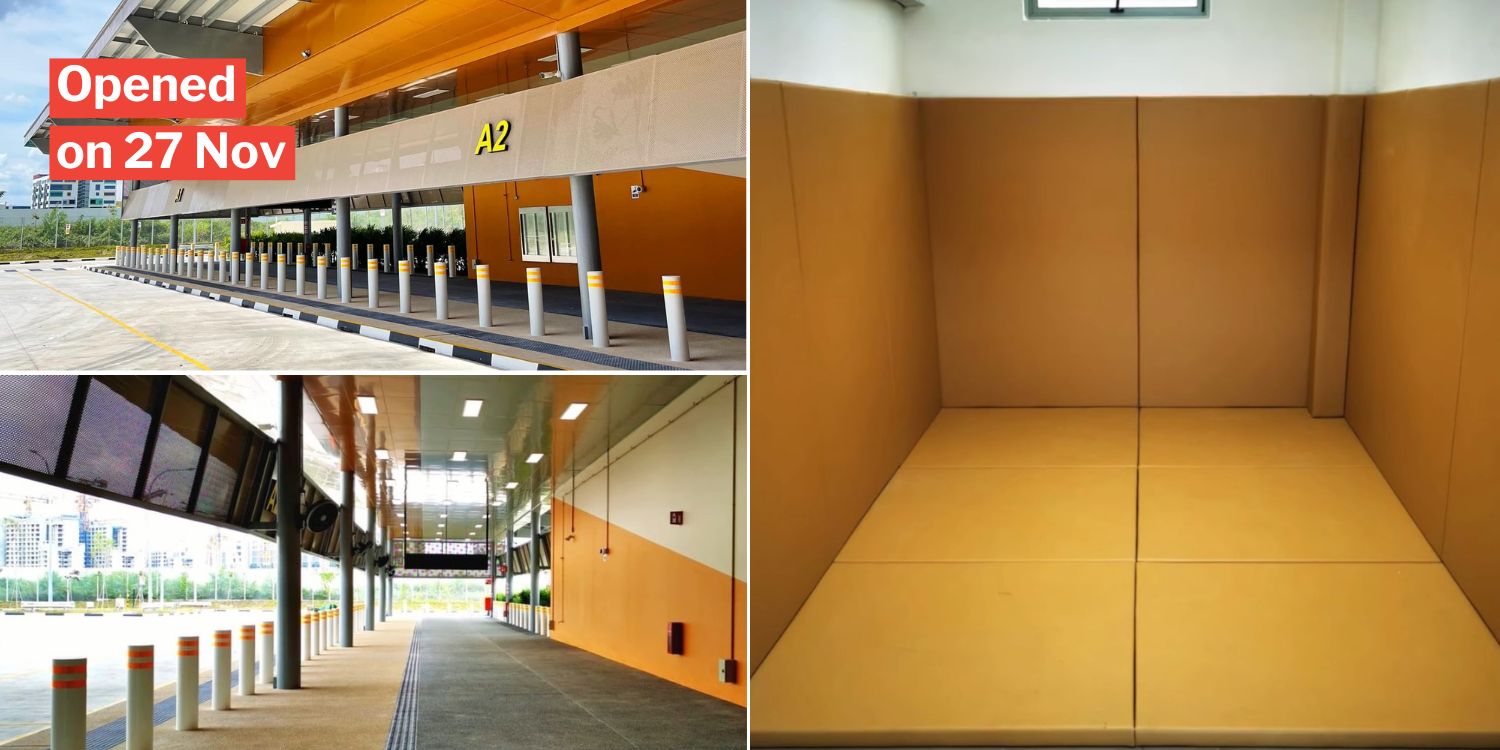 All entrances are barrier-free for commuters with mobility issues.

As a mature estate, Tampines’ large population has many transport options at their disposal, including three MRT stations.

However, those living in the new Build-To-Order (BTO) flats in the north may have bemoaned a lack of adequate connectivity.

Their prayers have now been answered with the opening of the new Tampines North Bus Interchange. 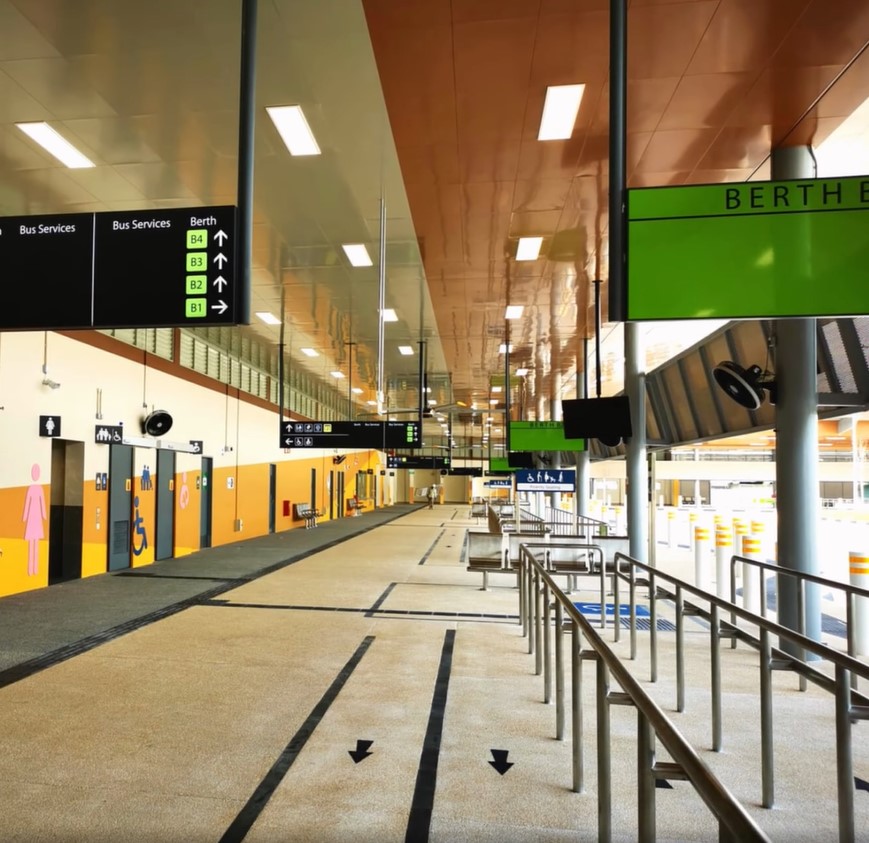 Among its many inclusive features is a “Commuter Care Room” for those with sensory needs.

In a Facebook post last week, the Land Transport Authority (LTA) announced the opening of the Tampines North Bus Interchange on Sunday (27 Nov).

The facility is located on Tampines Street 62, according to an LTA statement issued in October. 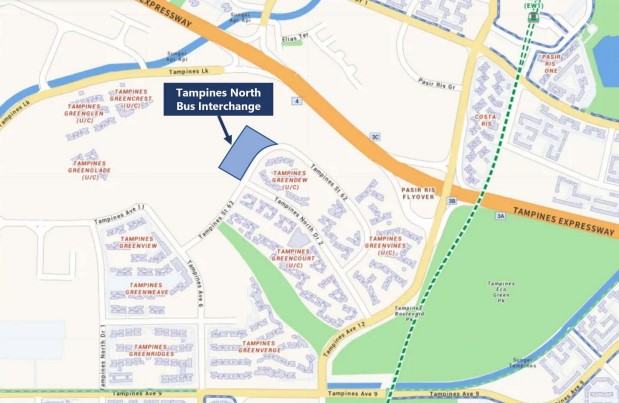 It will be managed by SBS Transit.

One of the notable things about Tampines North Bus Interchange is that it’s designed to be inclusive, i.e. easily used by all commuters.

That includes parents with young children as well as seniors and commuters with mobility issues.

To that end, all entrances are barrier-free, with no pesky steps to trip up strollers and strain the less mobile. 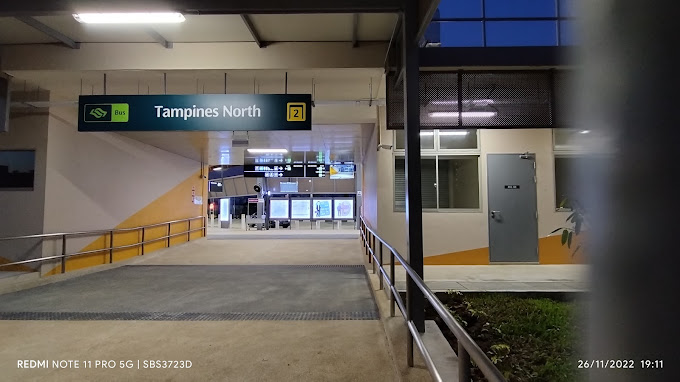 At the boarding berths, there are priority queue zones with seats and designated areas for wheelchairs. 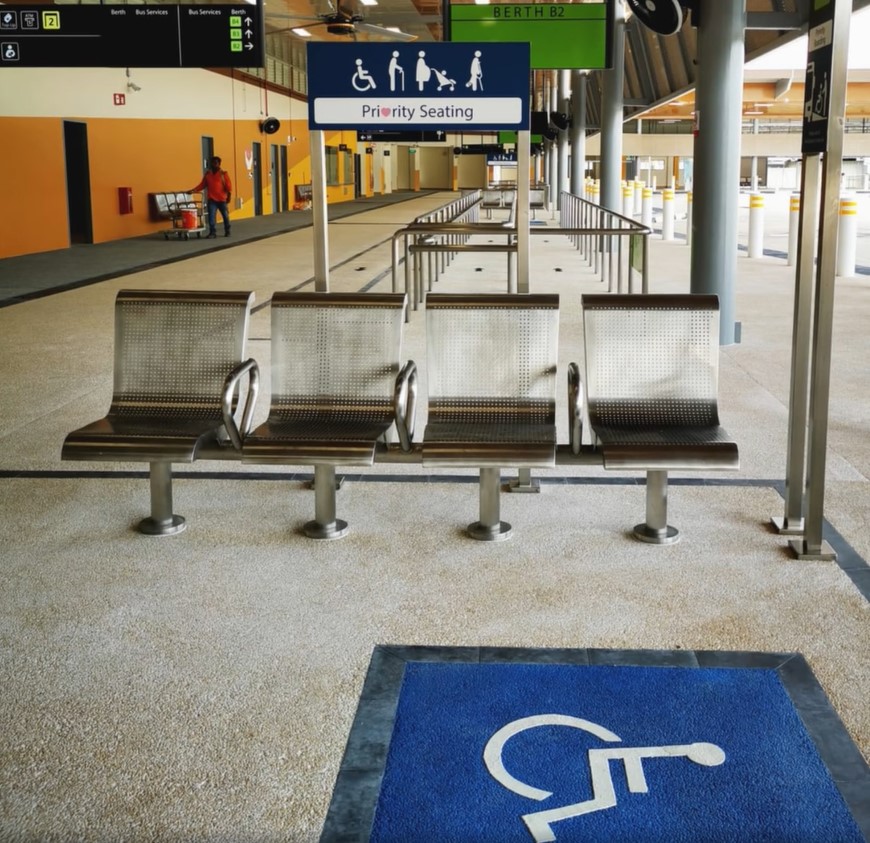 Speaking of wheelchairs, users should have no problem using the accessible toilets on the premises. 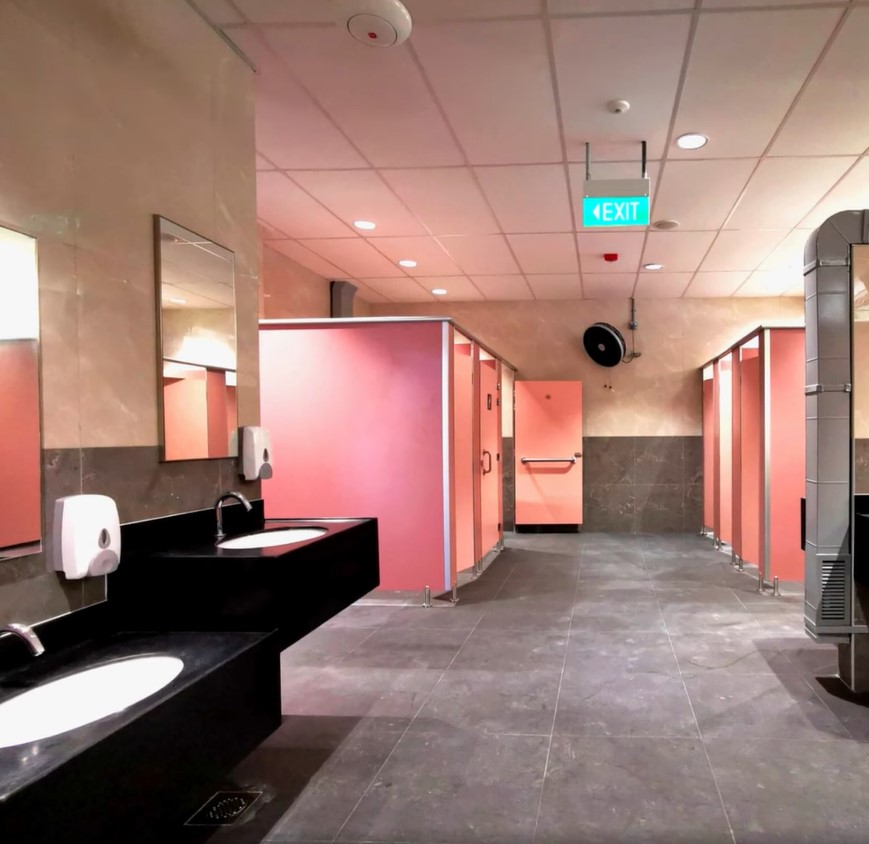 There’s even an accessible changing room. 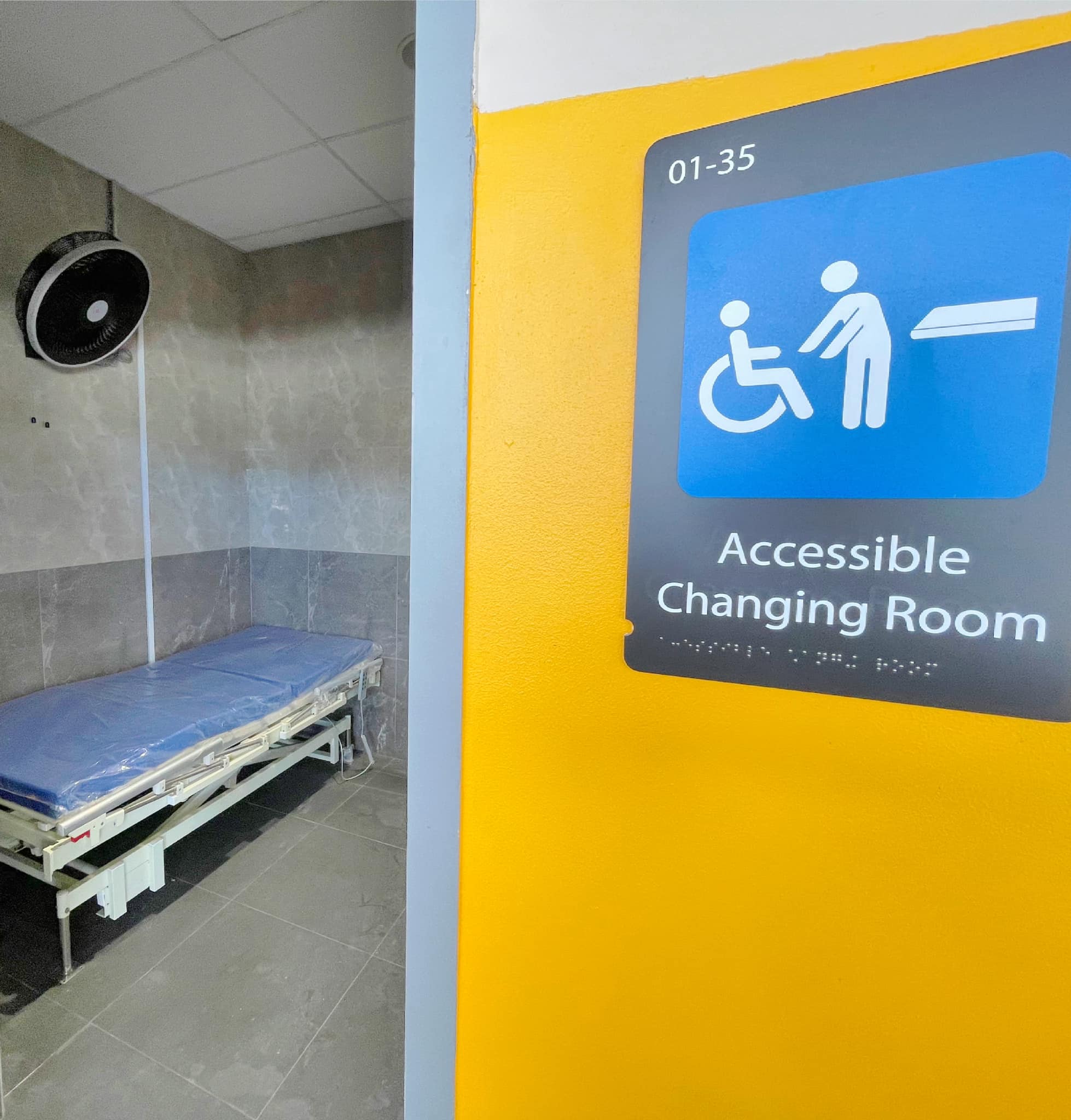 The bus interchange’s designers have also noted that bringing young ones on public transport can be challenging.

A baby care room will thus ensure parents have a private space to do whatever’s needed to soothe their kids. 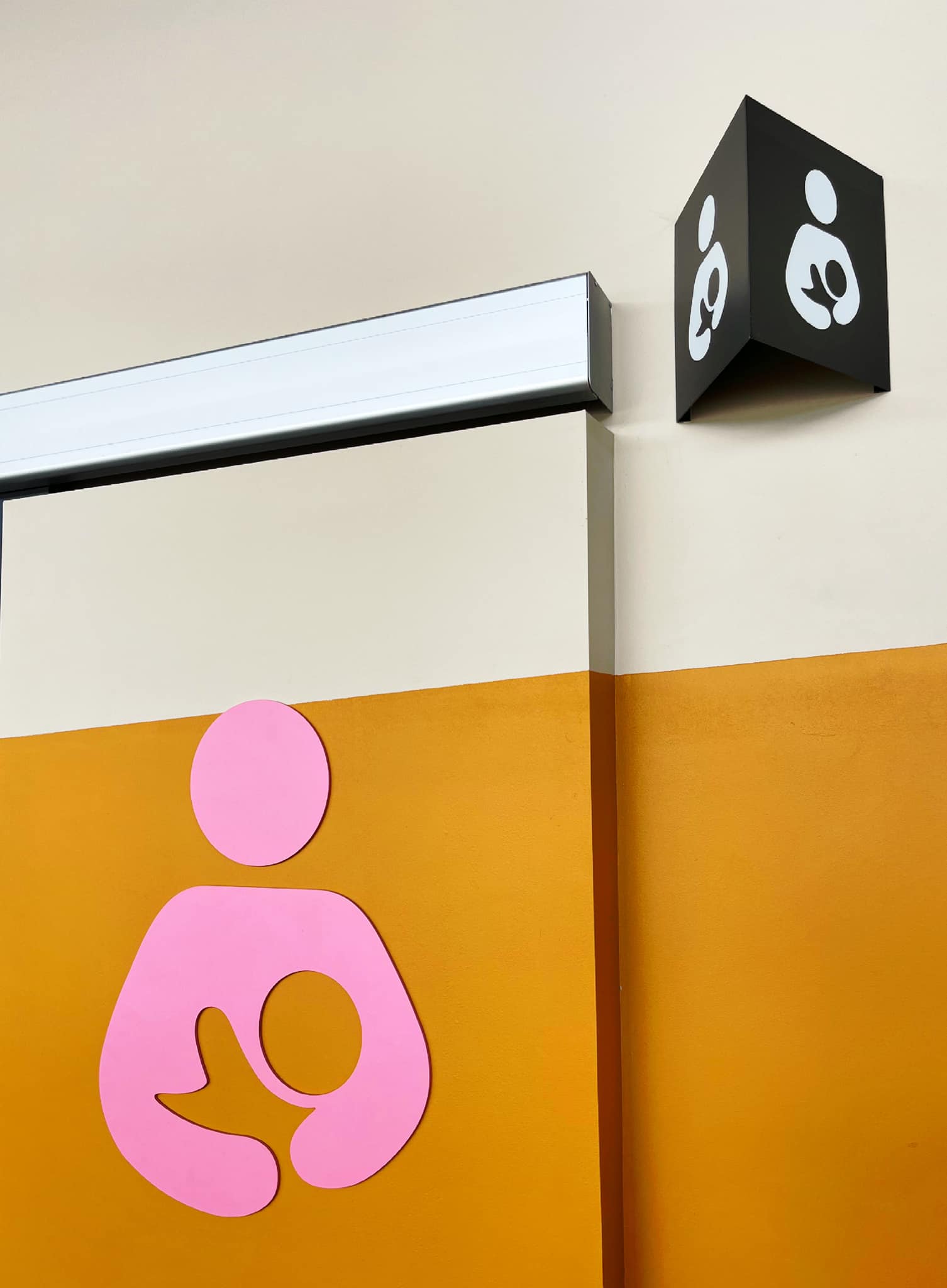 The most intriguing feature will no doubt be the Commuter Care Room.

Equipped with a padded floor and walls, it’s meant for those with sensory needs who might need a quiet and calming space. All the abovementioned rooms have auto-sliding doors easily operated by touchless sensors.

Avid cyclists will also be glad to know that the new bus interchange has 222 sheltered bicycle parking lots, as revealed on Facebook by Tampines GRC MP Baey Yam Keng. 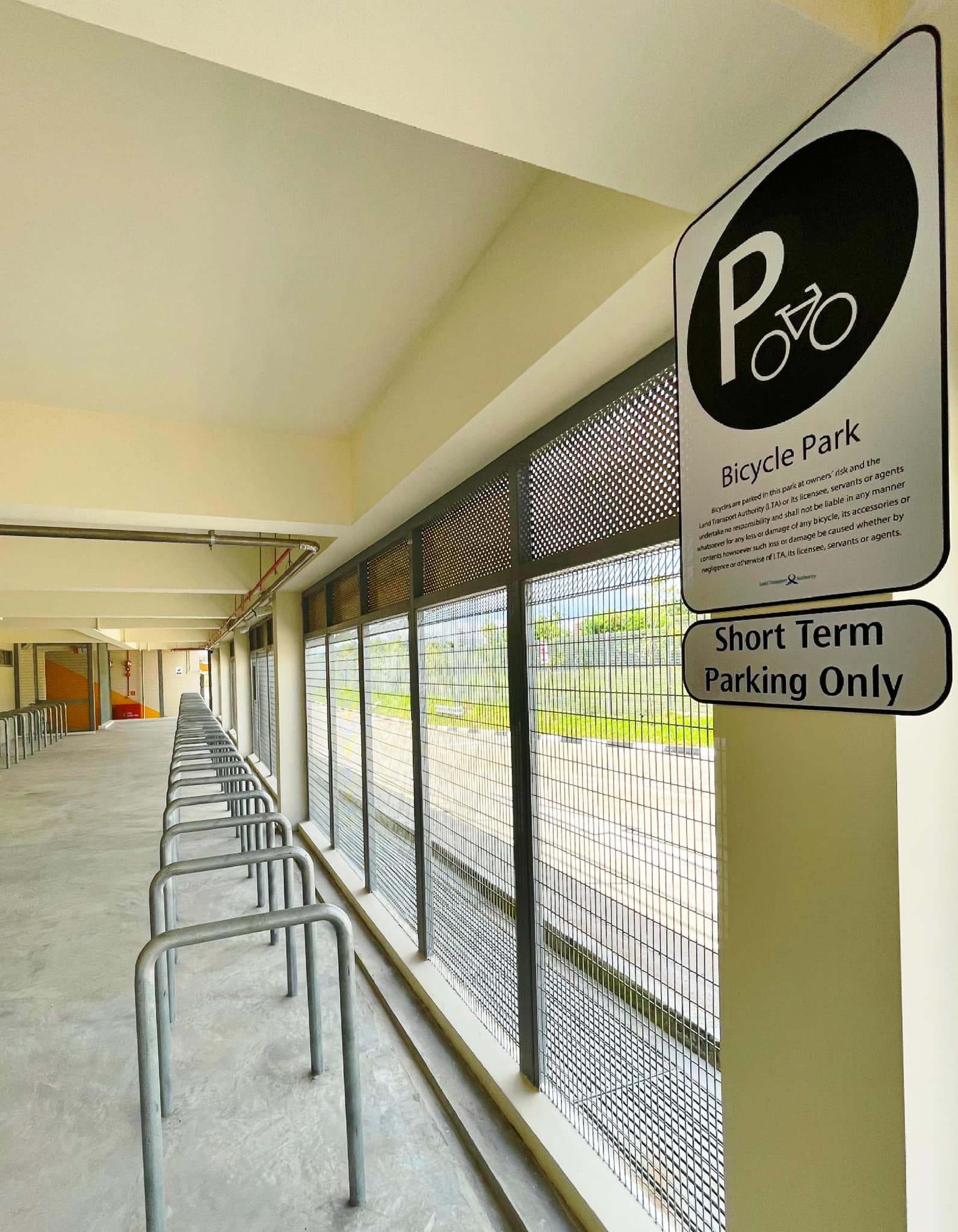 For now, only two bus services are served by Tampines North Bus Interchange — 18 and 129. 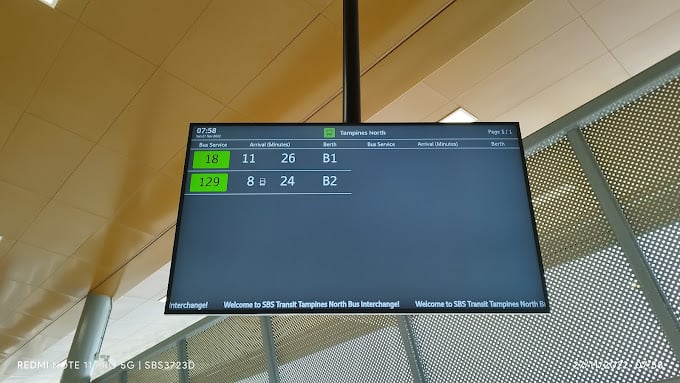 However, this already means new connections for Tampines North residents as the two services have actually been extended to ply the area, instead of stopping at Tampines Concourse Bus Interchange. 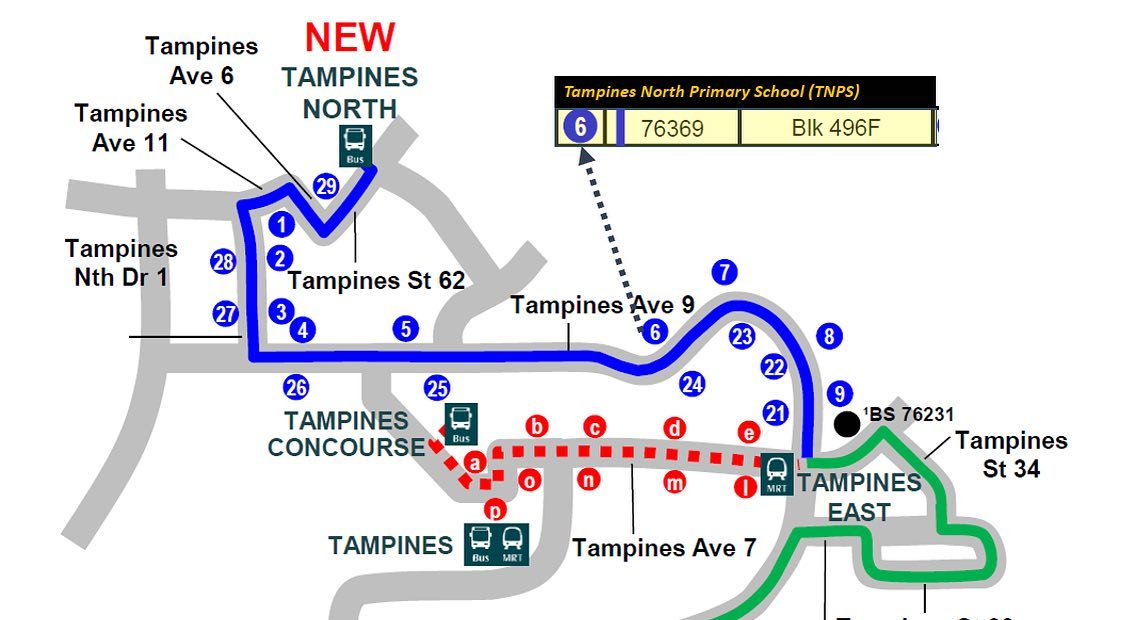 Service 298 will also be extended and operate from there when the bus stops along Tampines Street 62 are ready.

Commuters can check out the LTA website for details on the route amendments.