6 TEL Stations To Open In Q3, Woodlands Folks Can Get To Upp Thomson In 5 Stops 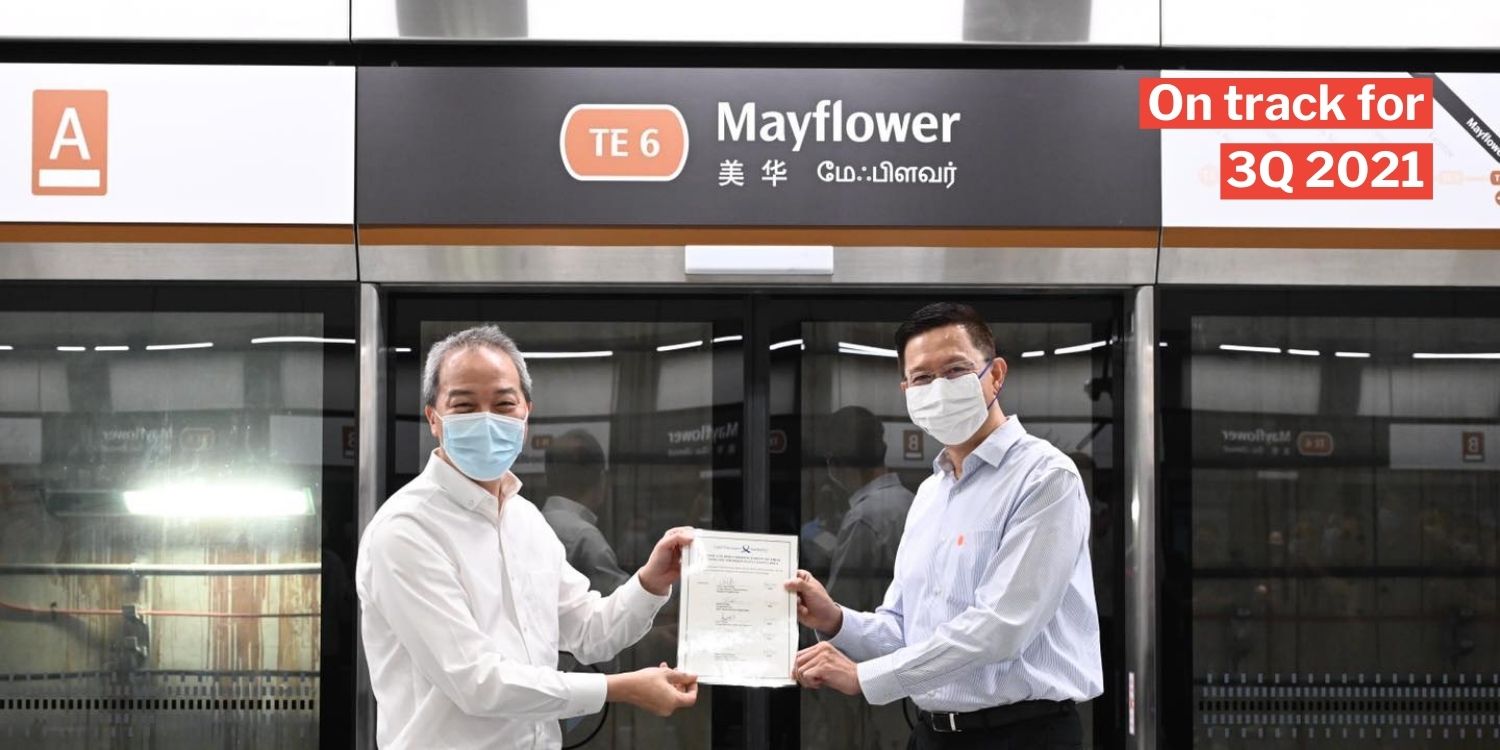 Residents now have hope that they won't wait much longer.

It seems like forever since the 1st 3 stations of the Thomson-East Coast Line (TEL) opened in Jan 2020.

6 more stations were supposed to open by the end of last year, but they were delayed, thanks to Covid-19.

However, the opening is now in sight, as the Land Transport Authority (LTA) has already handed over Stage 2 to operator SMRT. Although more testing still needs to be done by SMRT, it’s a sure sign that the line is on track to open by the expected deadline of the 3rd quarter of 2021.

The LTA announced the milestone in a Facebook post on Friday (30 Apr), saying that civil and structural works had been completed for the 6 new stations. 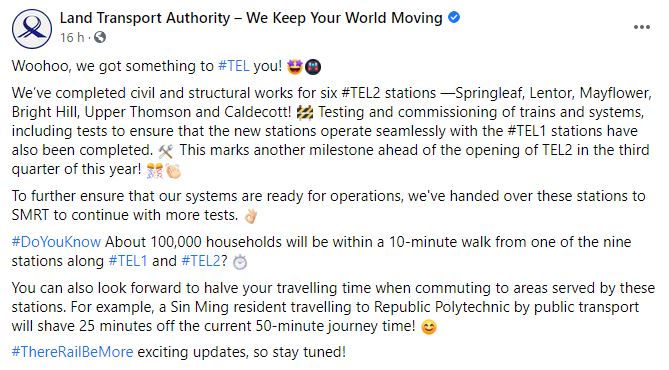 They’ve also finished up tests to ensure that the new stations can operate together with the 3 stations that’re already open. 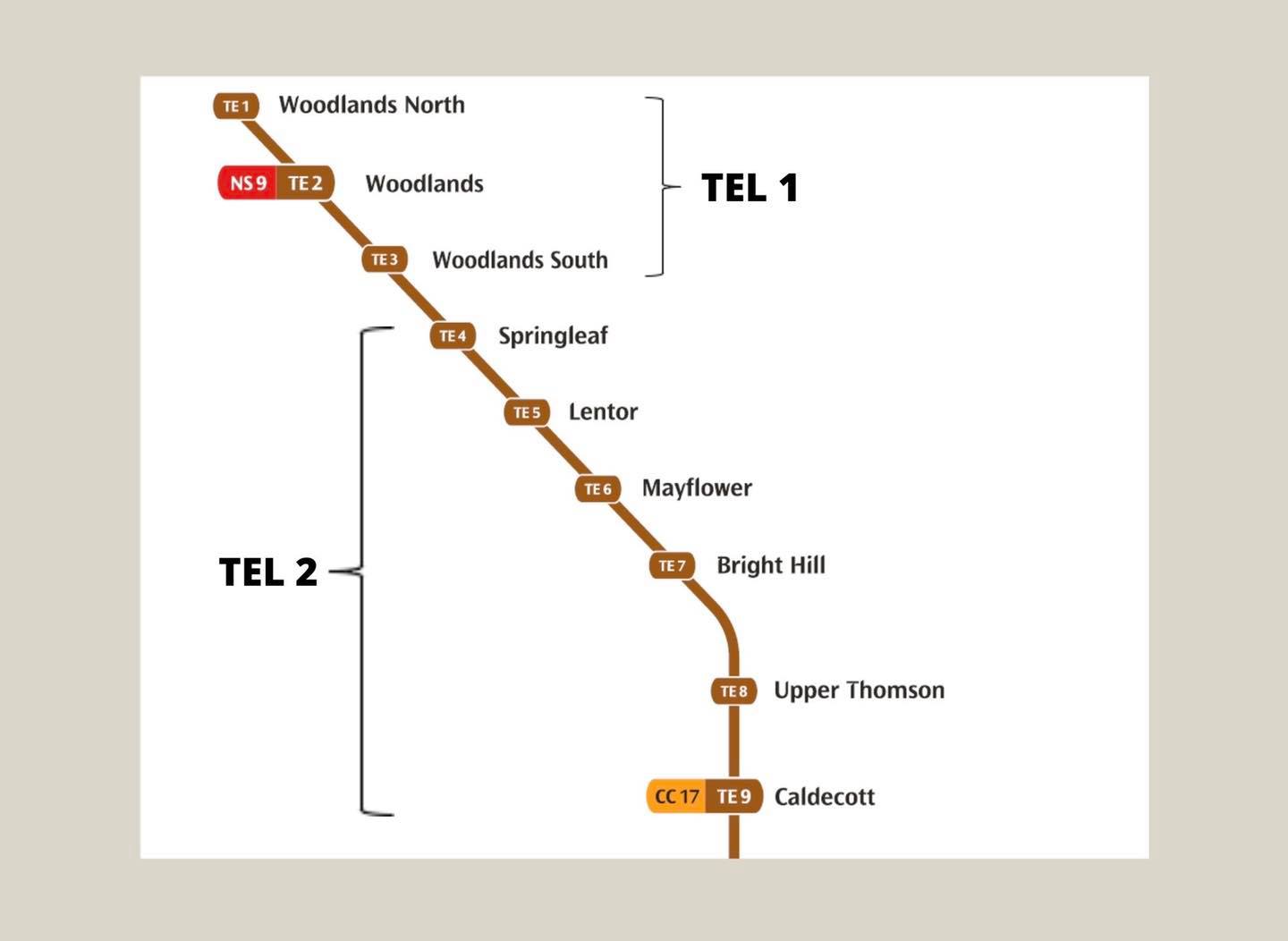 That means the stations are actually technically safe and ready for use.

Further tests to be done by SMRT

Though the LTA has handed over the stations to the SMRT, it doesn’t mean they can open immediately.

SMRT will also be doing tests to further ensure that the system is ready to take passengers. 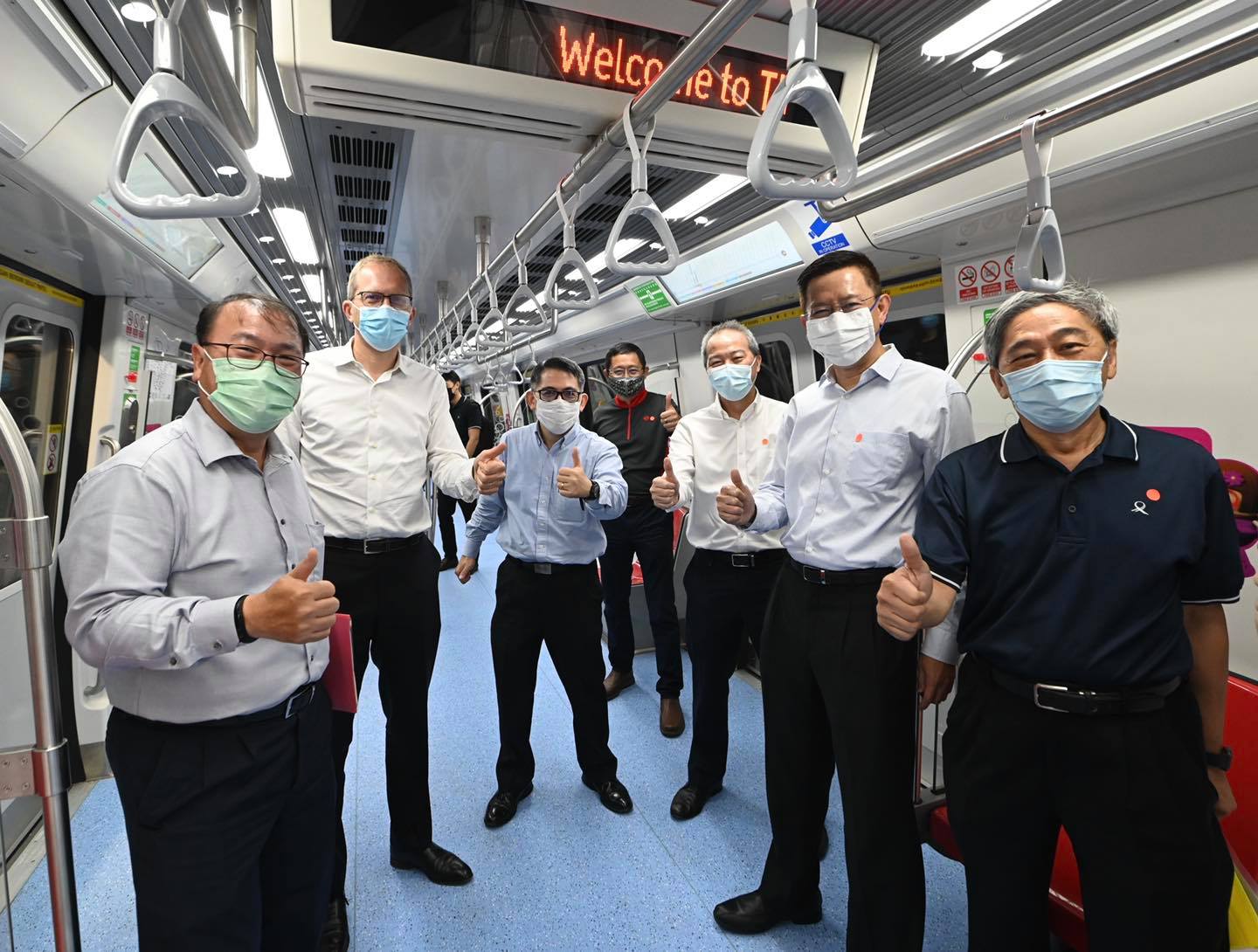 Apparently, these tests will take at least 2 months, or maybe longer, as Stage 2 is still opening in the 3rd quarter of 2021.

No exact date was given, but at least this news means that it won’t be later than that.

In his own Facebook post on Friday (30 Apr), Transport Minister Ong Ye Kung also stuck to the opening date of 3Q 2021.

However, he gave the public hope by saying that we’re “one step closer” to the opening now.

SMRT still have to “test various aspects” of the stations, he added.

Stage 2 was delayed twice due to Covid-19

The 6 new MRT stations would provide less-accessible areas like Bright Hill and Lentor with a quick link to the Circle Line and North-South Line and cut travel times.

However, Covid-19 hit, and the project was initially delayed till the 1st quarter of 2021.

For more than a year, residents who live near the stations have had to endure the sight of seemingly-ready stations that aren’t available for their use. 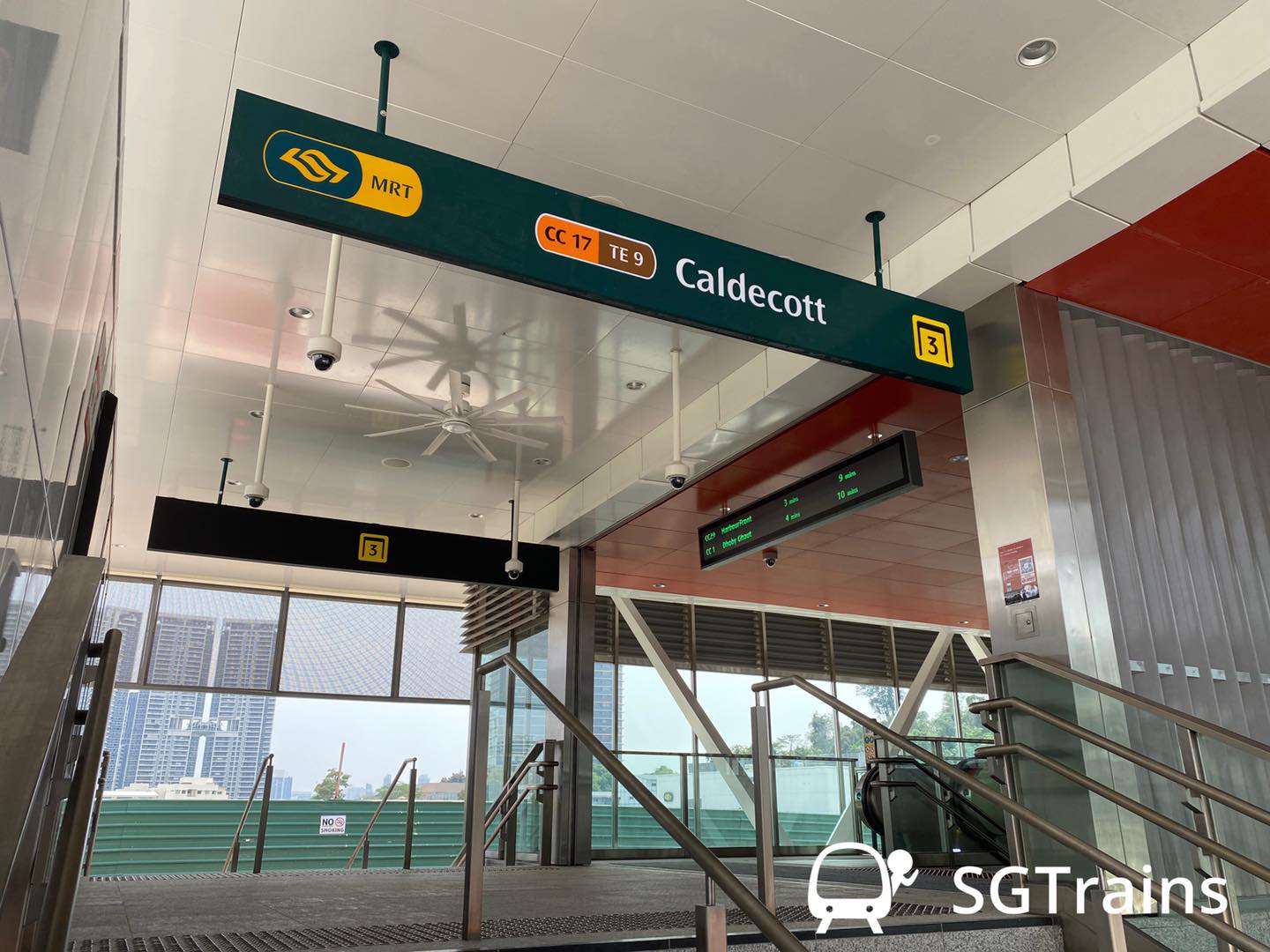 Hopefully, this announcement assures them that they won’t be waiting for much longer.

When Stage 2 of the TEL finally opens, 100,000 households will finally get to enjoy the convenience of an MRT station within a 10-minute walk.

After waiting an extra year, they’ll have to wait 5 months more at the very maximum.

For now, they’ll have to wait for the SMRT tests, and cross their fingers that they go smoothly.