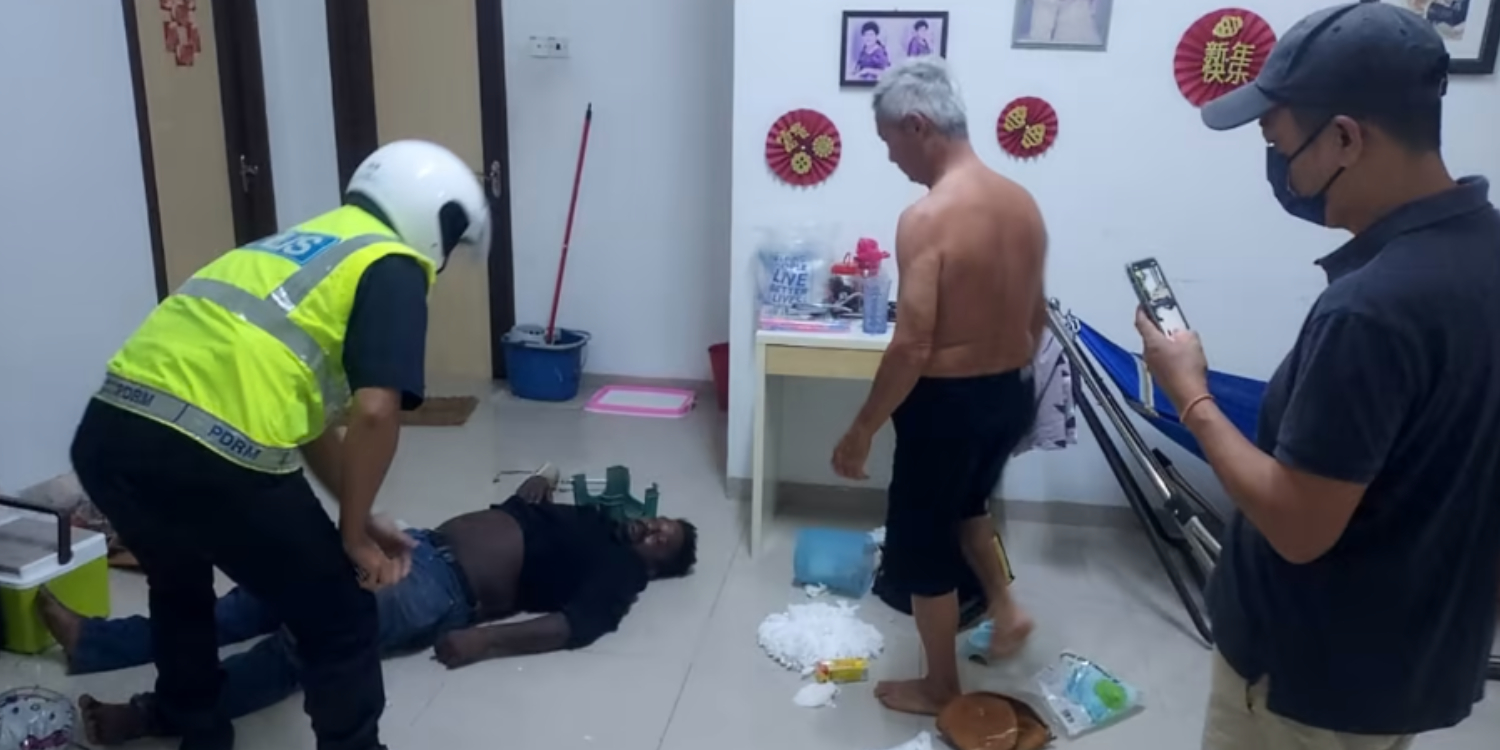 Don't drink on the job.

Thief Gets Drunk While Breaking Into Malaysia Home & Passes Out

Imbibing alcohol is one of life’s finer pleasures, but few would advise that you drink on the job.

This goes especially for robberies, it seems, when a thief was found lying on the floor after breaking into a man’s house in Taman Tanjung, Bahau, Negeri Sembilan, Malaysia.

Turns out, the thief snuck some drinks from a cabinet and got drunk, then passed out until he was found in the morning.

Sin Kong Men, 66, told Utusan Malaysia that the incident occurred at about 6.15am on Tuesday (23 Jan).

Mr Sin lives in the house with his wife and four children.

He’d woken up as he usually does and was about to head to a nearby shop for breakfast when he came across a peculiar scene.

A man was lying down in the middle of the house while a black dog was pulling his shirt sleeve.

“I thought he was my son’s friend, but I saw the living room was messy,” he told Utusan Malaysia. 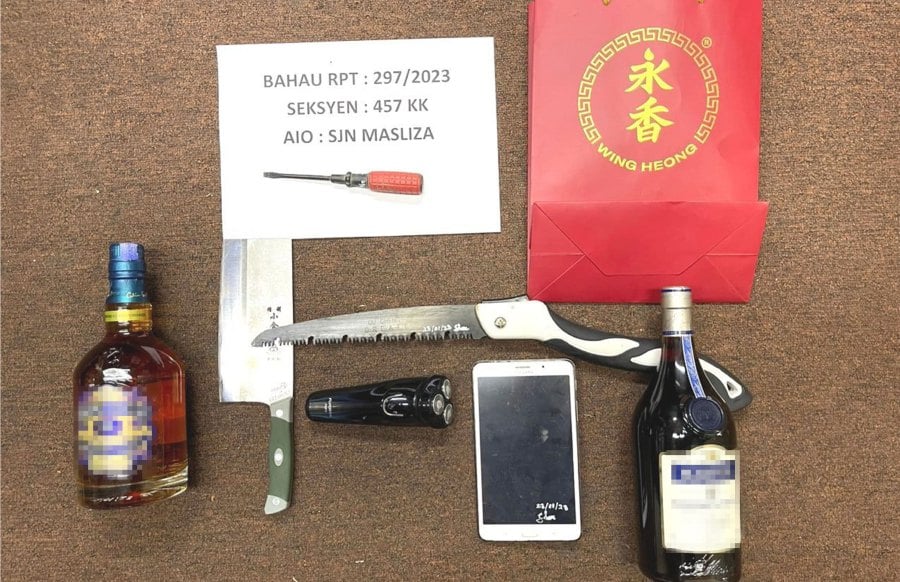 “The liquor and tablet belong to this house, so I suspect the man drank the liquor until he got drunk, then fell asleep.”

He and his children tried to wake the man up but he was unresponsive.

Shortly after, the police arrived, but even the officers took nearly 30 minutes to rouse the man. 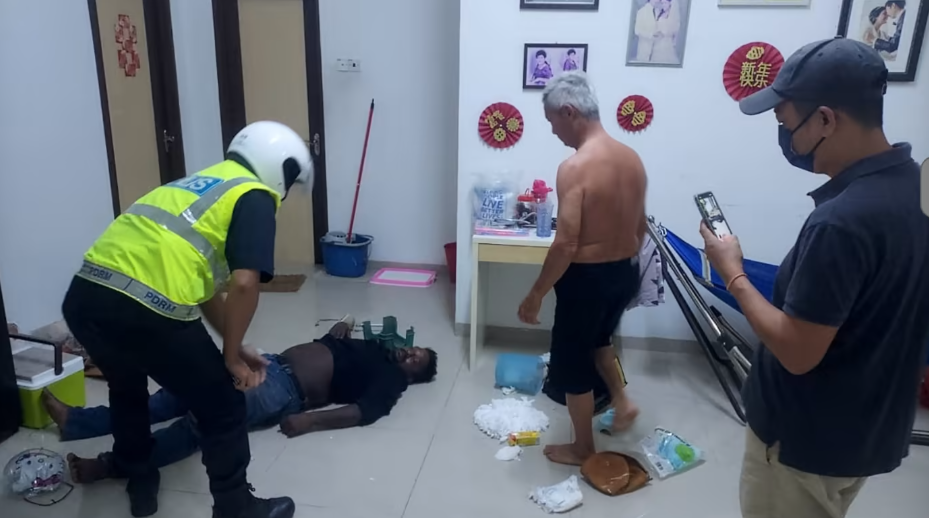 After he was successfully roused, he was arrested.

41-year-old suspect has 21 past criminal records

Jempol District police chief superintendent Hoo Chang Hook said that a 41-year-old suspect is believed to have entered the house by climbing the side fence and opening an unlocked back door.

After entering the house, the suspect is believed to have ingested the liquor he found until he got drunk and fell asleep.

The house members then found him lying unconscious when they woke up.

The 41-year-old was promptly arrested and has 21 past criminal records, 15 for drug-related offences.

He is also a wanted individual under Section 15(1)(a) of the Dangerous Drugs Act.

“The suspect has been remanded for four days under Section 457 of the Penal Code for breaking into a house to commit burglary,” New Straits Times reported Supt Hoo as saying.

He advised house owners to ensure all doors to their houses are locked to prevent break-ins.