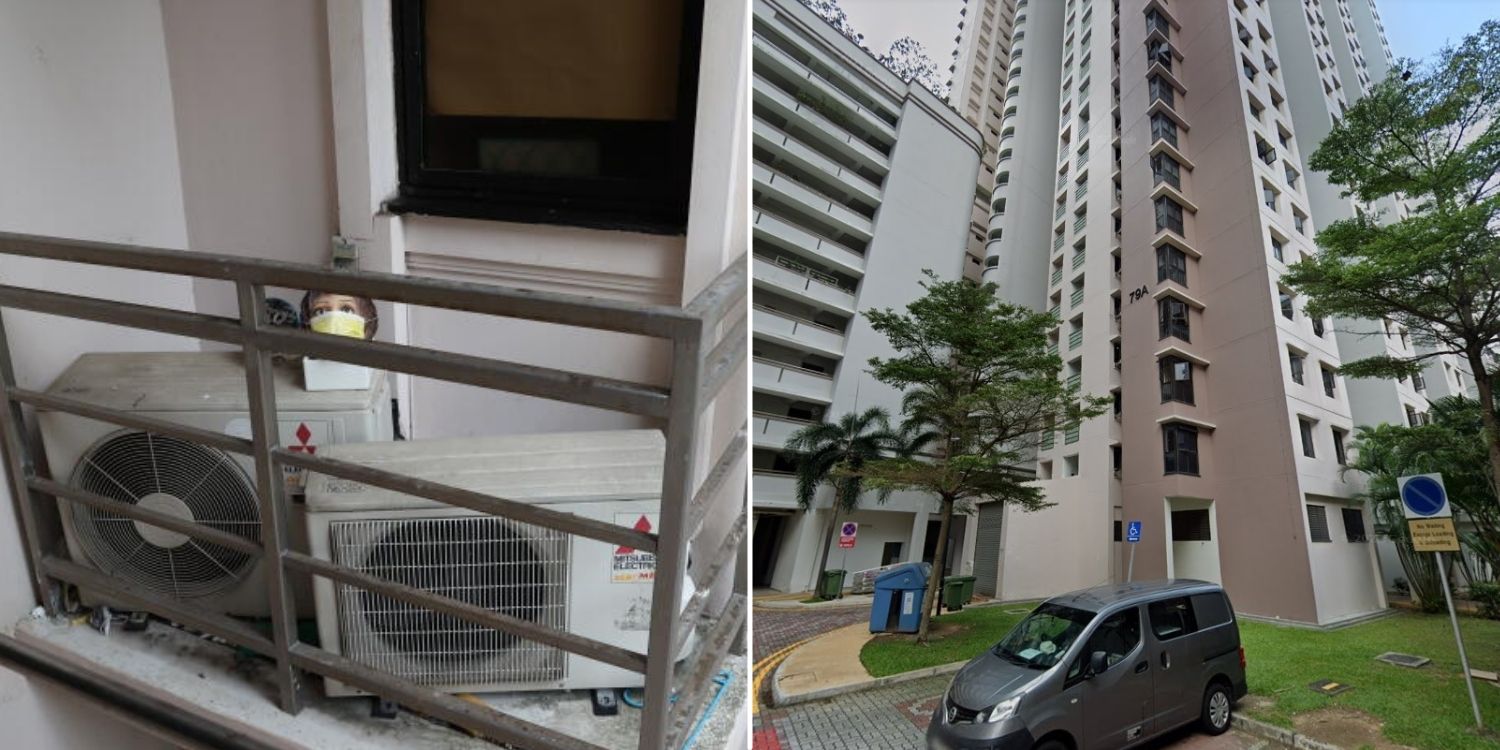 The neighbours living above her denied making the noise.

Noisy neighbours can be a pain for anyone trying to enjoy a little peace and quiet at home.

While some may try having a discussion or even calling the authorities, one resident in Toa Payoh took matters into her own hands.

Placing a mannequin head precariously on the air conditioner condenser unit outside her kitchen window, she thought that the creepy sight would literally scare her noisy neighbour into silence.

Unfortunately, her efforts have reportedly failed as she has had to continue to put up with the loud noises.

According to Shin Min Daily News, the incident took place at an HDB flat at Block 79A Toa Payoh Central.

56-year-old Lin Xiulan, a resident on the third floor, claimed that one of her neighbours upstairs would make a ruckus from 4am to 5am almost every morning. 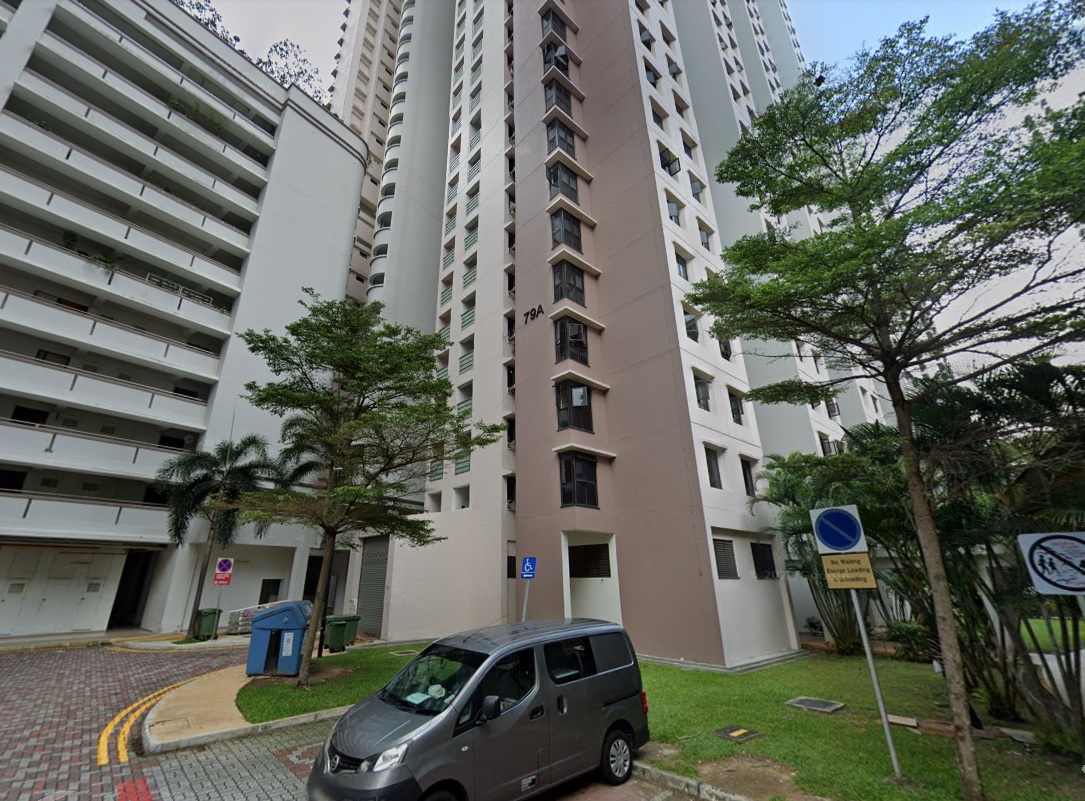 Ms Lin recalled hearing someone pushing chairs around and washing things in the middle of the night.

It got worse about three to four weeks ago. Ms Lin said that she would hear the sound of someone showering, flushing the toilet, or scrubbing something.

Sometimes, it sounded like someone was chopping chillies. The noises would purportedly get louder on weekends.

One night, she went downstairs and looked up at the building to check for the source of the noise. She then concluded that it was coming from a resident on the fourth floor since it was the only unit that still had the lights on.

Unable to take it any longer, Ms Lin tried shouting at her neighbour from her window one night, asking them to keep quiet.

However, the other party simply turned off the lights for a while before continuing with their noisy activities.

It was then that Ms Lin decided to resort to more unconventional methods.

She placed a mannequin’s head and a mirror on the air conditioner condenser unit outside her kitchen. 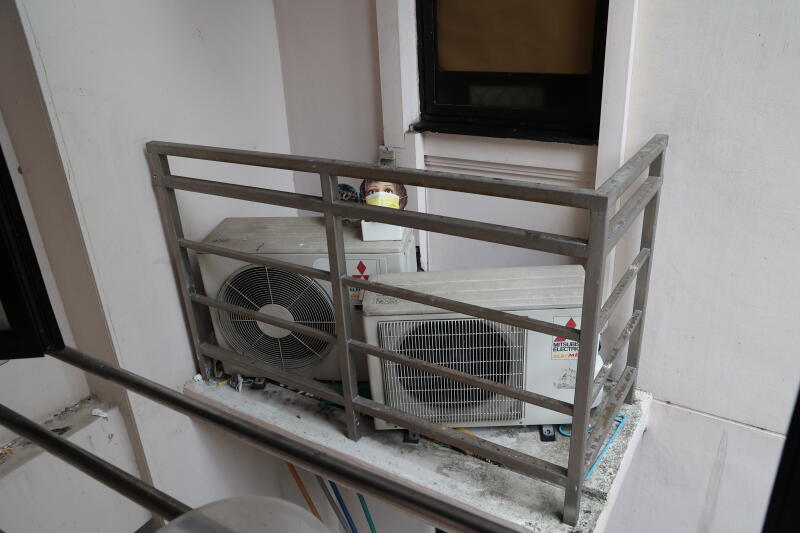 She had hoped that her neighbours would get a shock after seeing the head and stop being noisy, but alas, her elaborate plan failed.

Although Ms Lin alleged that the sounds were coming from the floors above her, those living on the upper levels all denied having anything to do with it.

Ms Chen, a 35-year-old housewife who stays on the fourth floor, told Shin Min Daily News that she too had heard the sounds of someone moving furniture and chopping chillies a few months ago.

One of the neighbours downstairs thought it was coming from Ms Chen’s unit, and someone from the town council even went to speak with her. She had to clarify that it was not her.

Things got so heated that the woman on the third floor would go upstairs to yell at Ms Chen, leading the latter to install a security camera outside her flat.

Ms Chen added that she has been startled by the mannequin’s head before, but she chose to ignore it.

Similarly, residents on the fifth, sixth, and seventh floors all said that they were not the ones causing the ruckus.

Be considerate to your neighbours

While the mystery of the noisy Toa Payoh neighbour remains unsolved, perhaps this can be a reminder for the rest of us to be more considerate to our fellow residents, especially if we live in apartments.

Hopefully, whoever is making all that racket will stop so that poor Ms Lin can get a good night’s rest.