S’pore Toad Suddenly Picked Up By Monkeys For Inspection, Escapes Without Harm 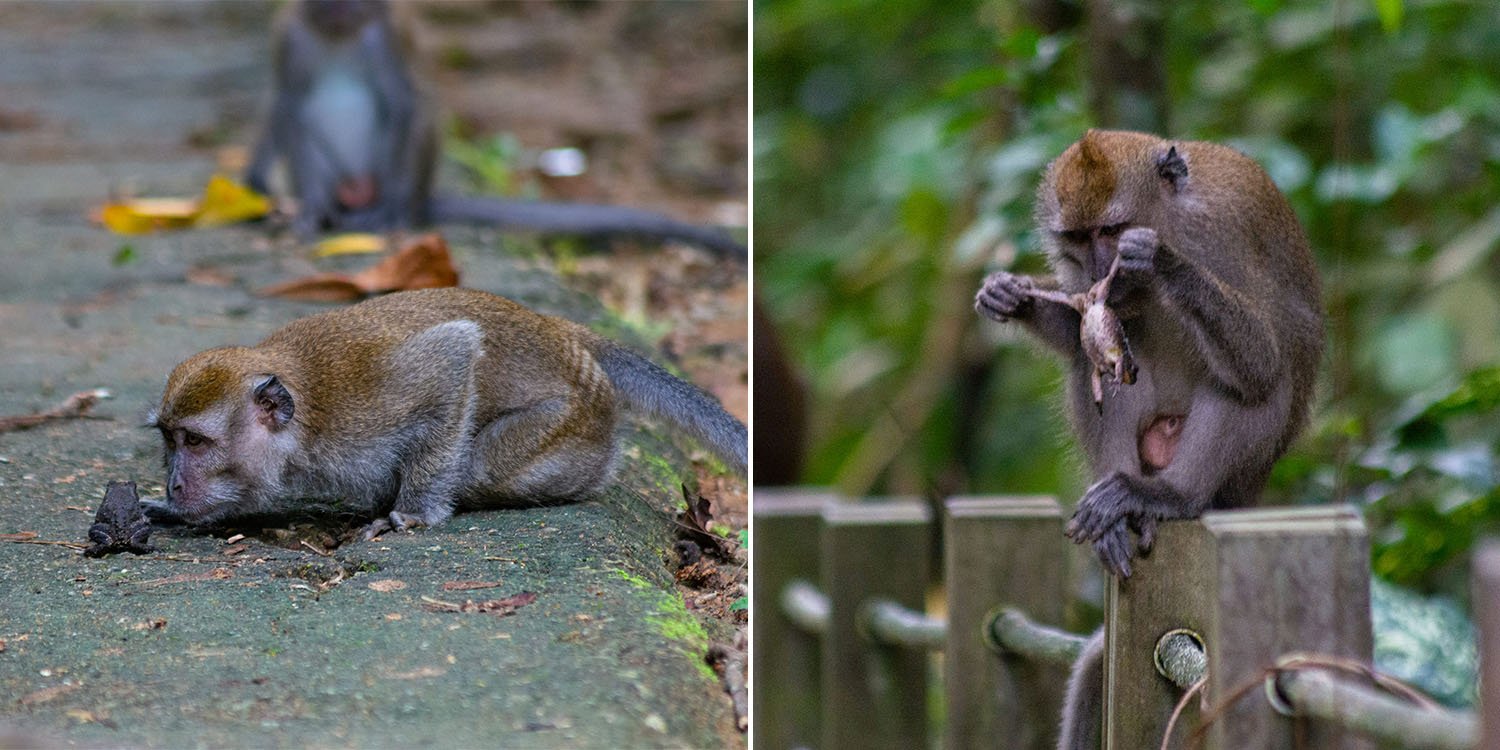 Monkeys At Central Catchment Reserve Pick Up Toad For Inspection

Once in a while, we may see certain wild animals behaving like humans, much to the amusement of many.

Recently, a group of young macaques seemed to have found an interest in an Asian Common Toad.

They not only looked at it from up close, but one even picked it up to further inspect the poor amphibian.

The hilarious sight was captured by a man who happened to pass by.

Toad picked up by monkeys for closer inspection

On Saturday (20 Nov), while walking along the Central Catchment Reserve, a man caught sight of a group of curious macaques.

According to his Facebook post, he first spotted an Asian Common Toad in the middle of the trail. 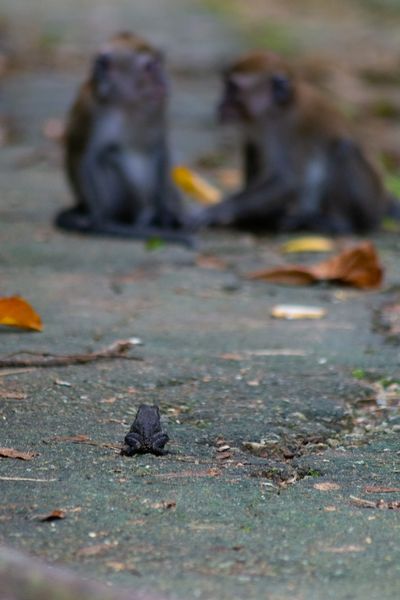 But a group of young macaques abruptly descended from the treetops and landed near the toad.

Noticing the strange creature on the ground, one of the macaques slowly approached it. 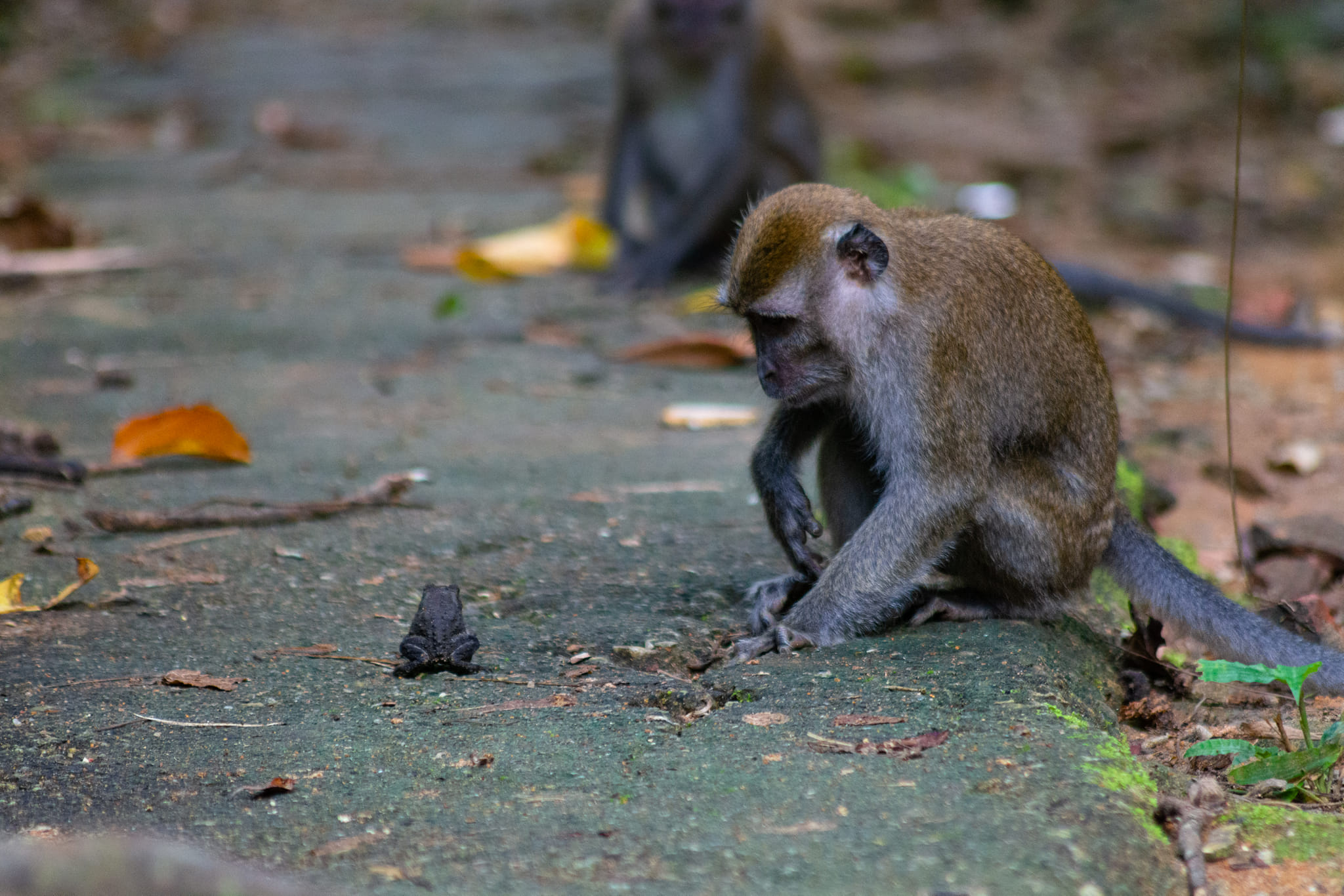 The macaque later bent down to sniff the toad, perhaps curious about it. 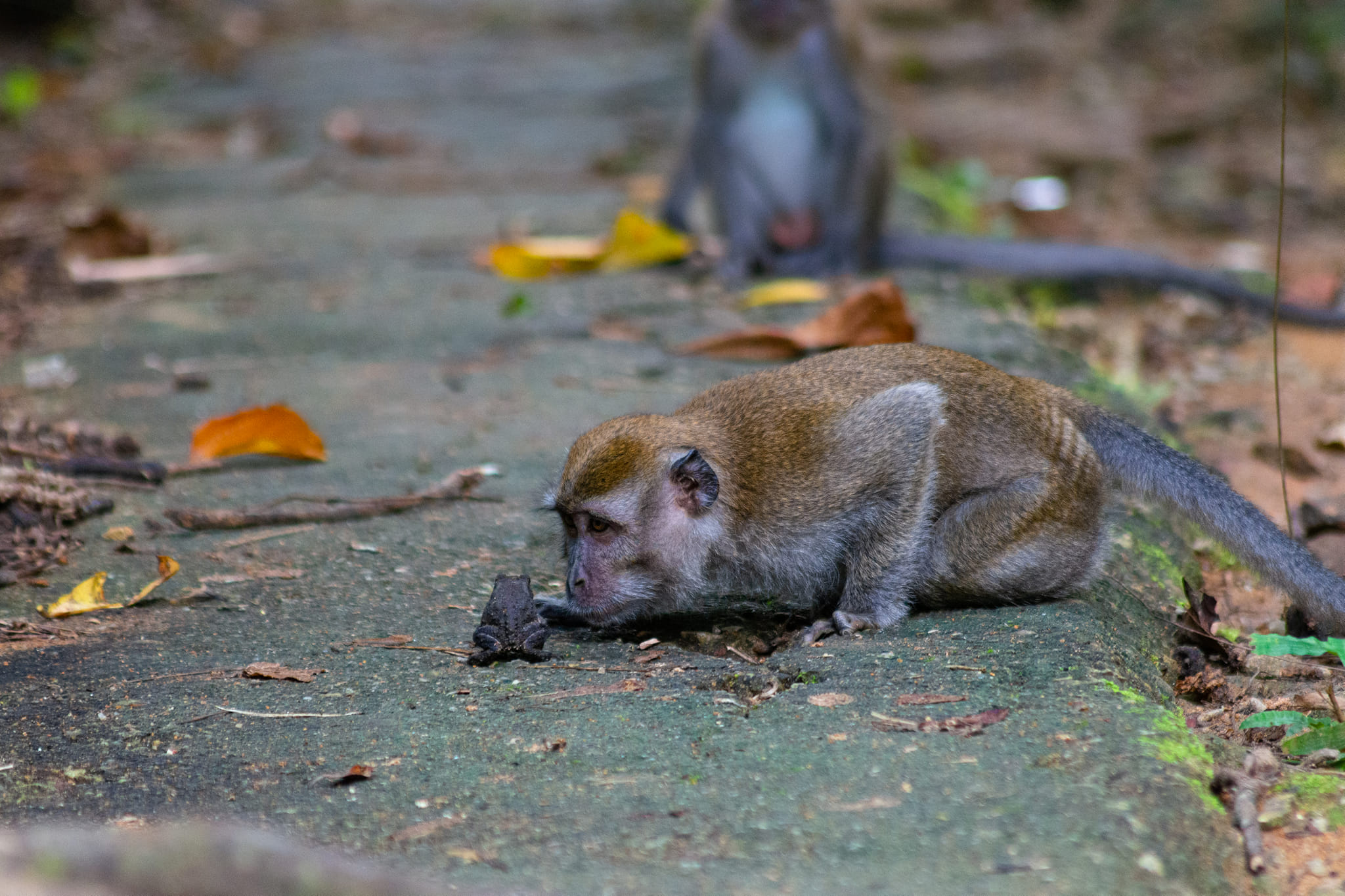 The man noted that the macaque took a step back after sniffing the toad, but kept a close watch on it.

The macaque was later joined by one of its brethren, who tried to grab the toad. Perhaps sensing impending danger, the toad tried to hop away. However, the macaque was too fast and managed to grab the toad’s right hind leg. 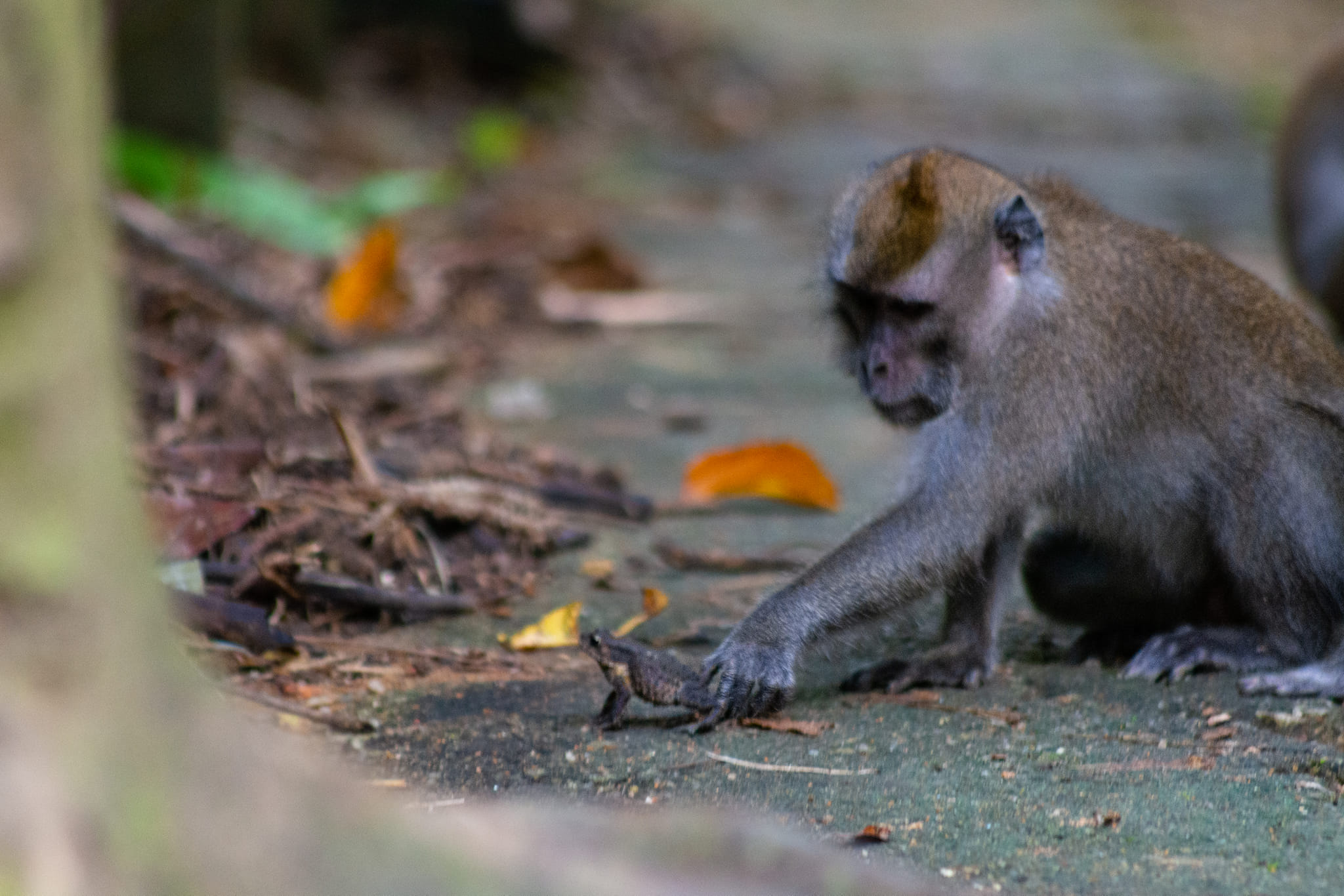 Toad prodded at by curious monkeys

The curious macaque proceeded to carry the toad to a nearby railing for a closer look.

Unfortunately for the toad, it was prodded at by the macaque while being held by its leg. 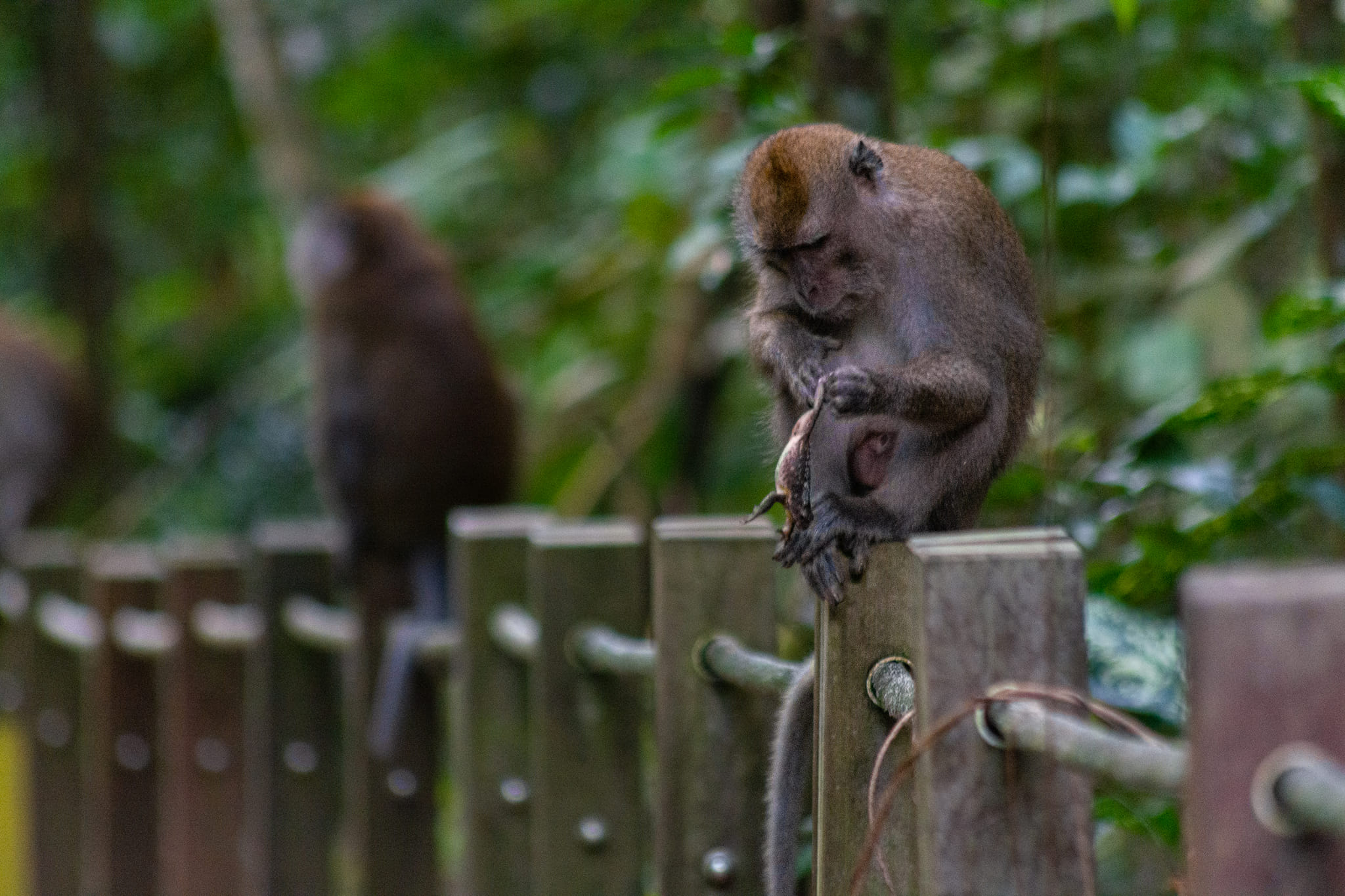 From the way the toad was being held, it might’ve felt violated as the macaque was getting rather up close and personal. 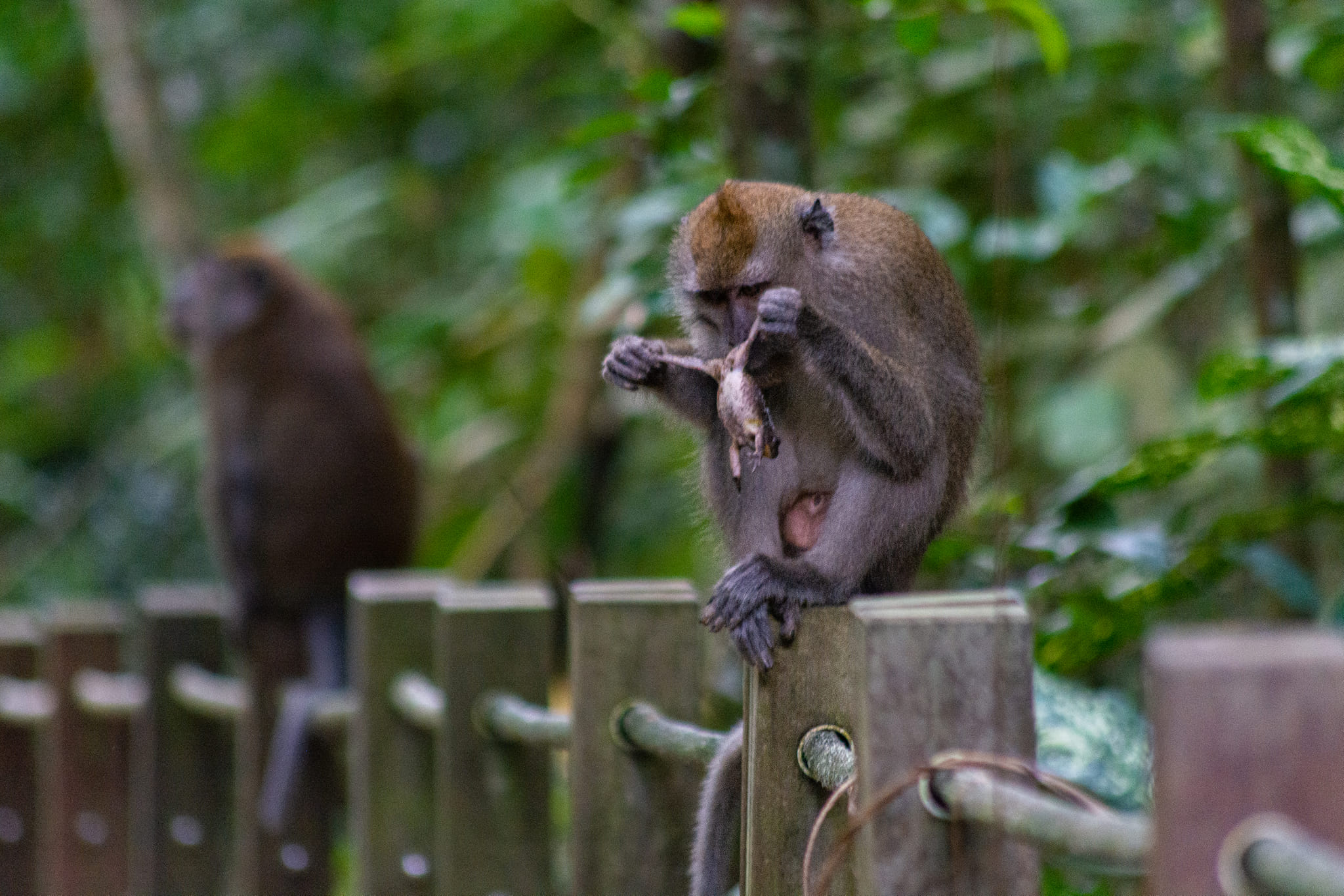 A few minutes after inspecting the toad, the macaque finally dropped it back onto the ground. However, it was not the end for the poor toad as the other curious macaques continued poking and sniffing at it.

The macaques eventually left the toad alone and headed off. The toad, unharmed, quickly hopped away — perhaps to tell its friends about the rather traumatic encounter.

After posting the pictures he captured from the incident, the man’s shots and storytelling skills were praised by many netizens on Facebook.

Science lesson for the monkeys

The monkeys having an unofficial science lesson was certainly a hilarious incident for the viewers. However, it probably was not so amusing for the toad who got picked up and prodded at.

Thankfully, it was unharmed in the process. Imagine if they decided to conduct a dissection experiment.

We’re glad the man was able to capture this sight as it is not every day you see such a scene.

Maybe if we look around while in nature, we might see more of such funny occurrences.