S’pore Community Cat Entertains Itself On Playground, Goes Up & Down Slide 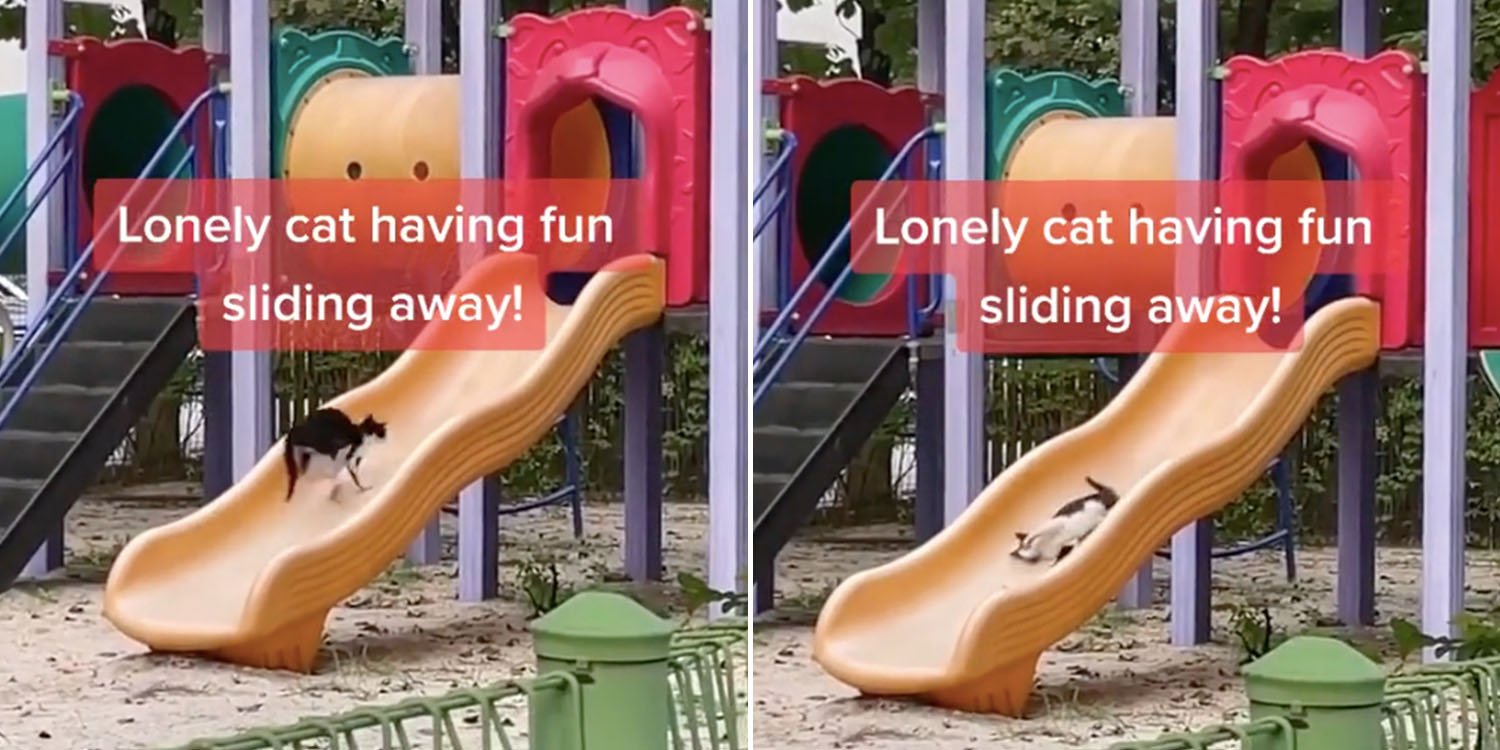 The secret life of cats.

When we see community cats around our neighbourhood estates, they are usually either wandering about or lazing away in a cosy corner.

Occasionally, they might feel intrigued by hooman contraptions and be tempted to try them out, like this cat who recently discovered why kids love to play on the slide so much.

A netizen caught one of these community cats going up and down a slide, before posting it on TikTok for posterity.

While the cat took a while to get used to the slide, it looked like it was enjoying itself once it got the hang of it.

Lone community cat goes up & down a playground slide

On Monday (1 Nov), a netizen spotted one solitary community cat playing by itself on an empty playground.

The cat was lying on the sand while looking at the slide at the start of the video. 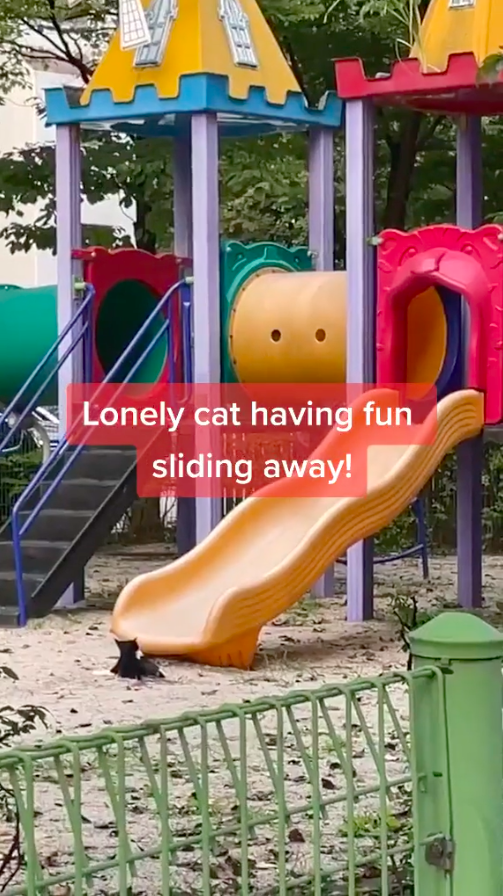 Perhaps curious about the slide, the cat jumped onto it to attempt sliding down.

However, it fumbled a little when running up. It eventually glided down the slide on its side.

During the cat’s second attempt, it was a little stuck. So it used its furry little paws to propel itself forward to slide down.

Being naturally adept at detecting movement in its surroundings, the cat could almost sense that it was being watched. It turned around and saw the netizen filming it.

After the video caught the attention of animal lovers, netizens shared their adoration for the cute community cat.

Some asked the TikToker to play with the lonely cat, but he said he did not want to disturb its fun.

Though the song in the video was titled “Lonely”, one netizen commented that the cat was happy, which is the most important thing.

While many asked for the playground’s location, the OP did not want to reveal it to prevent the public from disturbing the cat.

Playground loved by everyone

We’re glad to see the playful community cat enjoying the playground slide on its own.

Perhaps this shows that playgrounds are a haven of fun for both children and furry creatures alike.

Have you seen an animal clowning around at a playground before? Let us know in the comments below.