Must Share News – Independent News For Singaporeans
Home People 10 Tosh Zhang Facts That Perfectly Explain Why He Has 255k Instagram...

That’s how many followers Tosh Zhang a.k.a Tosh Rock has on Instagram – dethroning hot favourite Elvin Ng at 203k and duke Ian Fang at 178k.

His role as Sergeant Alex Ong in Jack Neo’s Ah Boys to Men (ABTM) might be his first acting role, but the no-nonsense platoon sergeant was well loved and Tosh’s popularity soared from then on.

Here are 10 facts about the charismatic artiste you need to know:

In 2010, Tosh burst into the YouTube scene with a short food vlog that garnered thousands of views, something he wasn’t used to back then. This spurred him on and he started doing more vlogs and building a strong social media presence, which got him a loyal following online.

2. He is an “accidental actor” 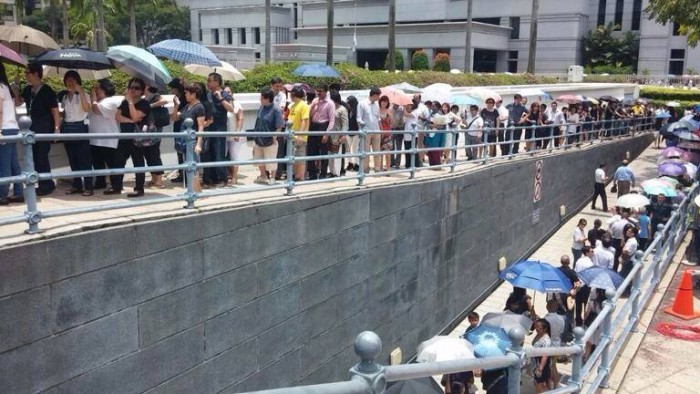 Before ABTM, Tosh had no experience in acting and mostly did production work. He was also supposed to study film at Melbourne’s Deakin University, but things took a turn when Jack Neo stumbled on his YouTube videos.

In an interview with PIONEER, Tosh recounted:

I was going to fly off to Australia for my studies, but one week before my flight, I received a video from Jteam (the production house behind the ABTM films). They were asking for people to audition and they mentioned my name because Jack [Neo, the films’ director] happened to see my YouTube videos. When I told my mom I was going to go try, she laughed at me straightaway because I do mostly production work. I’m an editor, I’m a videographer, so she said ‘you cannot act’. I went ahead anyway and I got it.

3. He wrote and composed a song for Ah Boys to Men

Yup, that one. The ABTM theme song was written and composed by Tosh.

He shared with The New Paper:

I spent two to three weeks writing the song and (Jack Neo) rejected it twice.

I wanted to make the song relatable to army recruits and my goal is to have them sing it (when they are in the army).

4. He has a fear of heights

For his lead role in Jack Neo’s movie The Lion Men, he had to play a confident two-time lion dance champion nicknamed Lion God or Supreme. Together with the rest of the cast, Tosh had to undergo three months of intensive martial arts and lion dance training, a feat for him since he has a fear of heights.

The Ah Boys To Men star was schooled at Northland Primary, and went on to Northbrooks Secondary. He undertook his tertiary studies at Republic Polytechnic and studied New Media.

6. He is not afraid to air his views

When that innocent 17-year-old kid named Amos Yee was subjected to condemnation by the rest of the world, at least one person did not denounce him and even spoke up for him – Tosh. Instead of seeing him as an attention-seeking kid, Tosh saw his actions as a call for help and felt sorry for Amos Yee.

7. He is a self-professed huge eater

During an interview with The New Paper conducted at Marina Bay Sands Hotel’s Rise restaurant, the 24-year-old indulged in three rounds of buffet spread of fresh seafood, salad, Asian and Western cuisine and dessert – a testament of his voracious appetite.

He also loves his carbs in the form of ramen:

I am a super big fan of ramen. The last time I was in Japan, I had ramen every single day

And when it comes to local food, Tosh is a fan of the laksa from Queensway Shopping Centre, Bak Kut Teh from Balestier’s Founder Bak Kut Teh, and dim sum from Swee Choon Dim Sum Restaurant.

8. His older friends call him by his Chinese name

Watch from 0:57 when Tosh introduces himself. Just one thing though, Tosh — we hate to break it to you but you’ve been pronouncing your Chinese name wrongly your whole life. 智扬 is actually pronounced as zhi4 yang and not zi3 yang.

9. He has a dog that is cuter than him

I thought @toshrock was cute but then I saw his dog pic.twitter.com/SjhbOEKDOB — juyi (@juyehh) January 3, 2016

Who would have thought that the cool rapper has a cute shihtzu? Staying true to his roots, the lion city kia even named his dog Orbi, which means ‘serves you right’ in Singlish. Orbi takes on Tosh’s surname, and is a mini Instagram celebrity @orbizhang.

Like Caldecott’s duke Aloysius Pang, Tosh pays more attention to what lies on the inside when it comes to his ideal girl. He said that he does not care how she looks like, so long as she is “cheerful, has a great sense of humour and accepts his life in the public eye”.