Traveller Hides Alligator In Suitcase Before Flight To S’pore, Gets Caught At Munich Airport 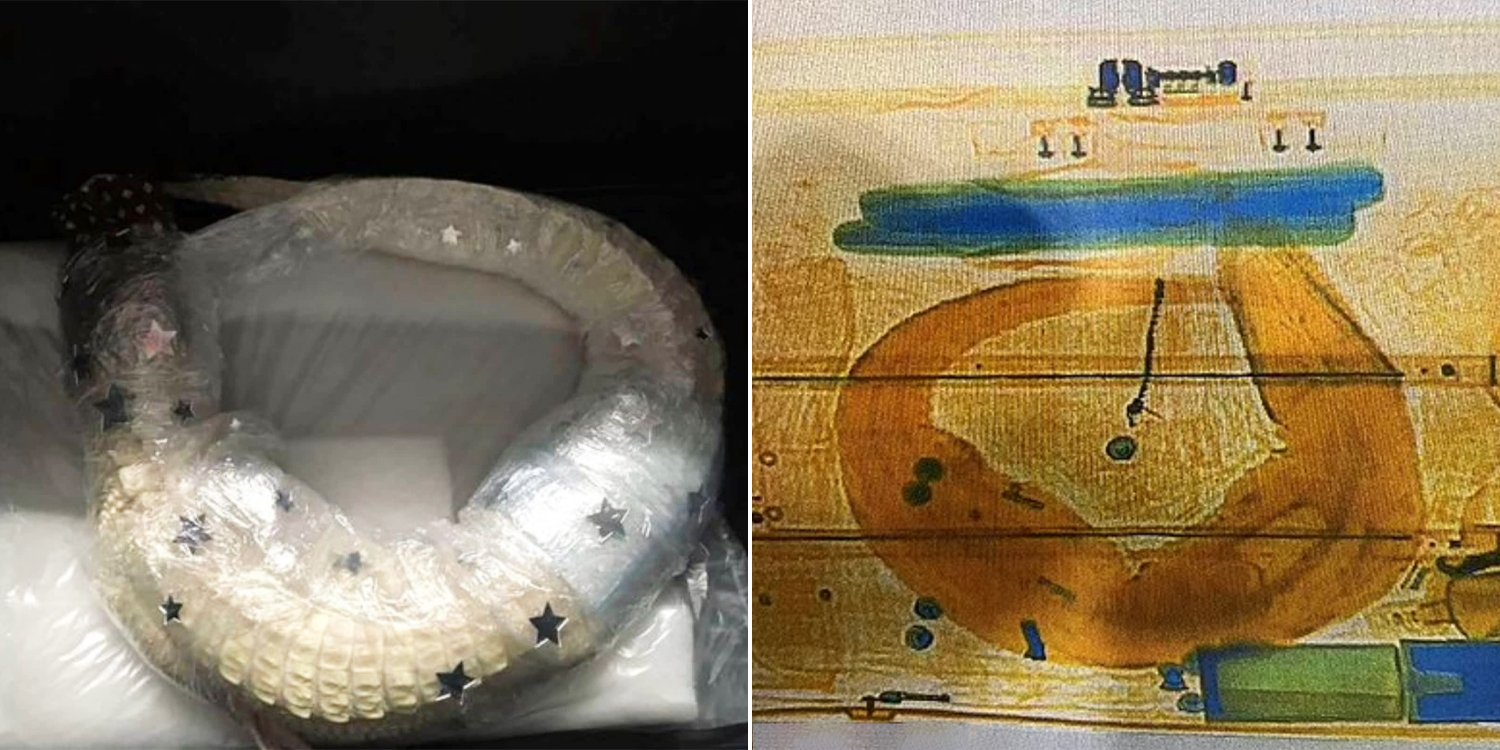 The rare animal can fetch anywhere between S$20,000 and S$2 million.

Occasionally, a handful of daring travellers are caught trying to smuggle things in their suitcases across borders.

But on 25 Sep, security officers at Munich Airport made a shocking discovery. A live albino alligator was found in a traveller’s luggage. The 42-year-old man from the United States was travelling from Germany to Singapore then.

Munich Customs Investigation Office is now investigating the incident, and proceedings are being initiated against the man, reported The Straits Times (ST).

On 25 Sep, baggage inspectors at Munich International Airport were stunned when they found an alligator in a suitcase on an X-ray machine.

The suitcase belonged to a US traveller about to board a flight to Singapore.

According to The Daily Mail, the live albino alligator was wrapped in cling film with a small hole for it to breathe. It was then stuffed into the cramped suitcase. Following the discovery, criminal proceedings were started against the 42-year-old man.

The rare alligator received treatment and was brought to a reptile sanctuary in Munich.

ST reported that investigations are still ongoing, and there is currently no information about intentions of smuggling the alligator into Singapore.

Under the Endangered Species (Import and Export) Act in Singapore, offenders can face up to two years’ jail and a fine of up to S$50,000.

Albino alligator worth up to S$2 million

The albino alligator can be priced anywhere between S$20,000 and S$2 million in the market, reported ST.

In illegal wildlife trading, the rarer the animal, the higher returns there are for traffickers. Unfortunately, this pushes these animals even closer to extinction.

Wild animals are generally not allowed to be kept as pets here.

This is due to risks such as bringing diseases in and threatening Singapore’s native biodiversity if released into the wild.

Group director of wildlife management at the National Parks Board (NParks) Dr Adrian Loo said the board regulates and monitors physical and online marketplaces.

They also regularly conduct raids and work with partner agencies to screen and scan shipments and people passing Singapore’s checkpoints.

In recent years in Singapore, live animals most commonly found are tarantulas, geckos, and star tortoises.

Featured image adapted from News18 and The Daily Mail.