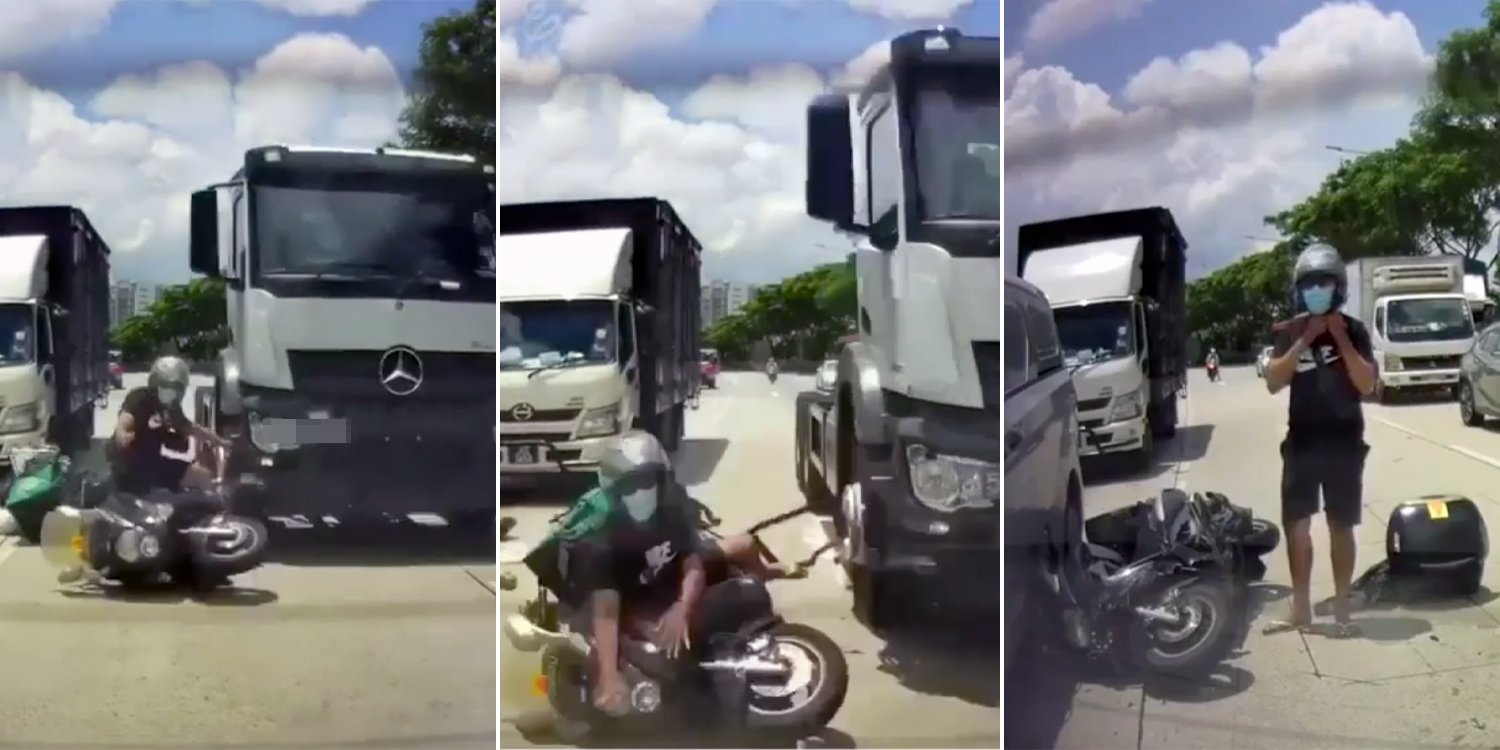 Truck Crashes Into Motorcyclist On 6 Sep

In the event of a traffic accident, motorcyclists are often more vulnerable to serious injuries than drivers.

But this seemed an exception to the rule in an accident that took place on Monday (6 Sep).

At around 1.48pm, a truck driver appeared to lose control of his vehicle at the junction of Woodlands Road and smashed into a motorcyclist and a car.

Despite the heavy impact, the motorcyclist seemed miraculously unhurt, standing and walking on his own after the accident.

He also looked peeved at how his bike turned into a wreck.

Truck collides into back of motorcyclist

On Wednesday (8 Sep), Facebook group SG Road Vigilante shared a video of an accident that took place on the afternoon of 6 Sep.

The dashcam footage started off with a motorcyclist riding in front of a truck, with 2 heavy vehicles in the lanes beside him. 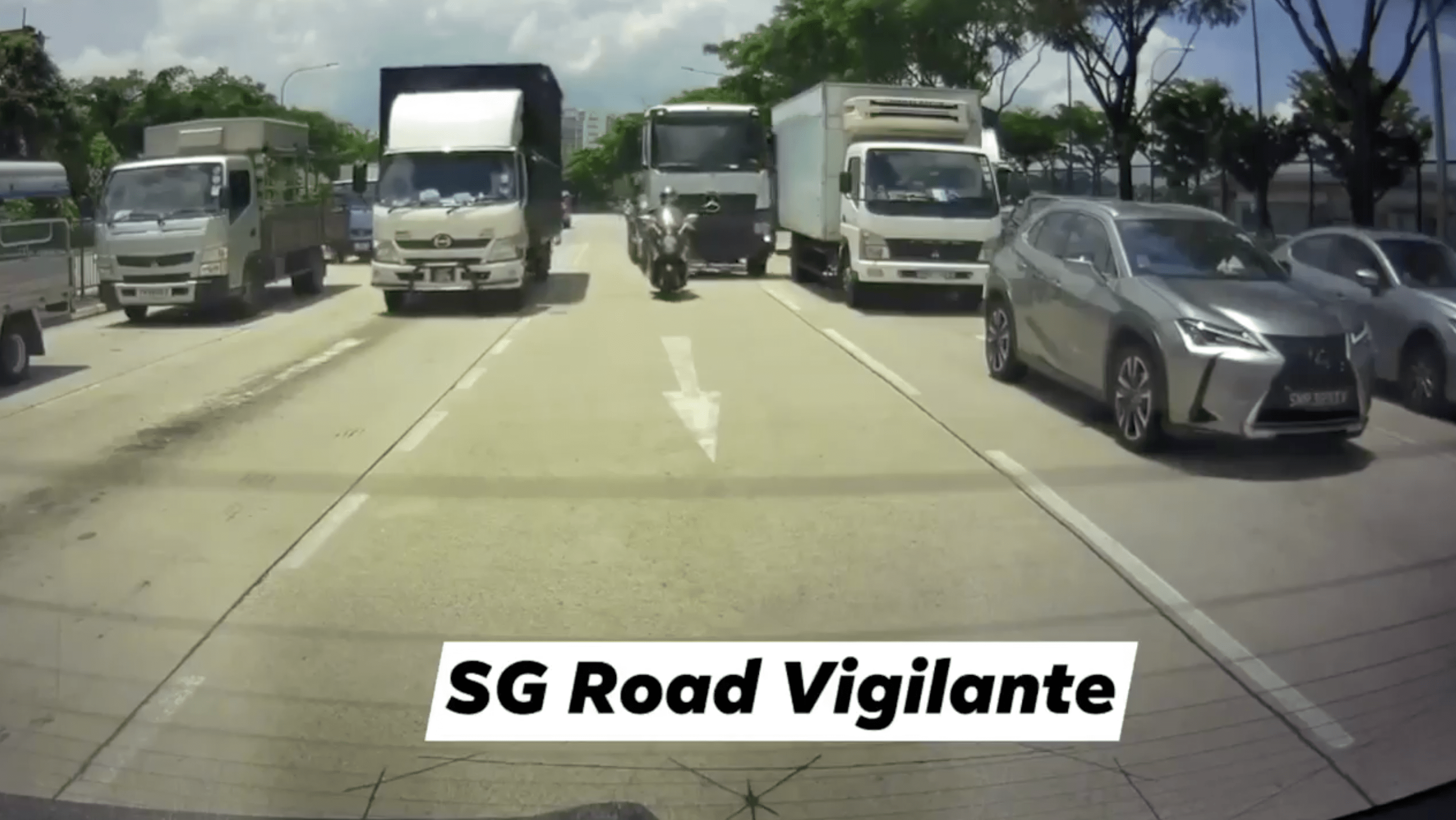 At this point, the truck had already appeared to be losing control, veering towards the left and hitting the truck in the next lane.

The very next moment, the truck crashed heavily into the unsuspecting motorcyclist from behind.

His bike immediately tipped over upon impact, sending him flying across the road, only coming to a stop when it crashed into a van up ahead.

Debris was sent flying and was seen strewn all over the road.

The truck then continued on, ploughing into the car with the dashcam, which was pushed forward on impact.

Right after he was hit, the motorcyclist seemed to be in a daze, holding his hands up to his head, which had made an impact with the van. 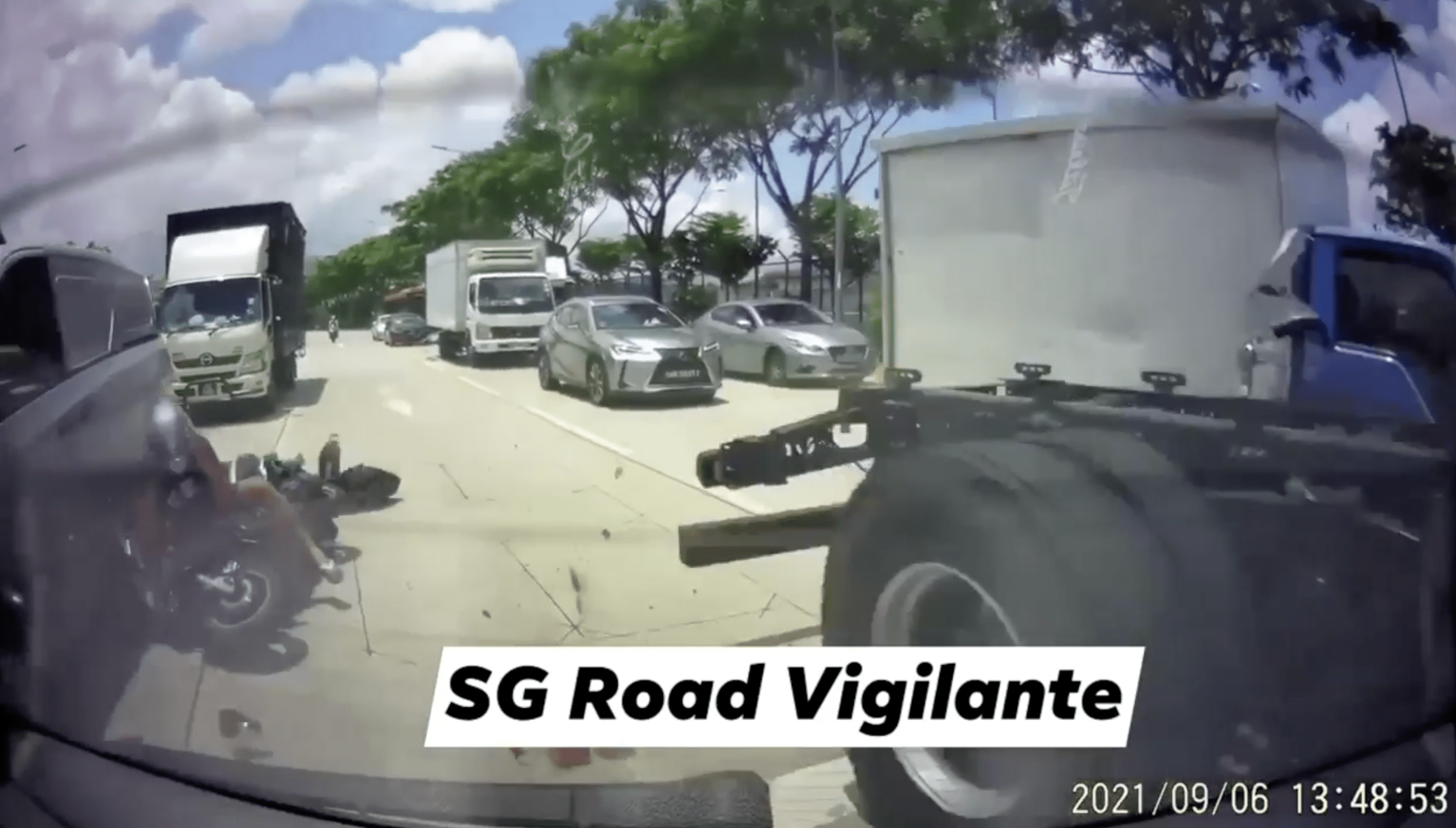 But he quickly recovered, getting up from his bike, seemingly unscathed.

The rider then surveyed the damages of his motorcycle for a moment before raising his arms, as if questioning what had just happened. 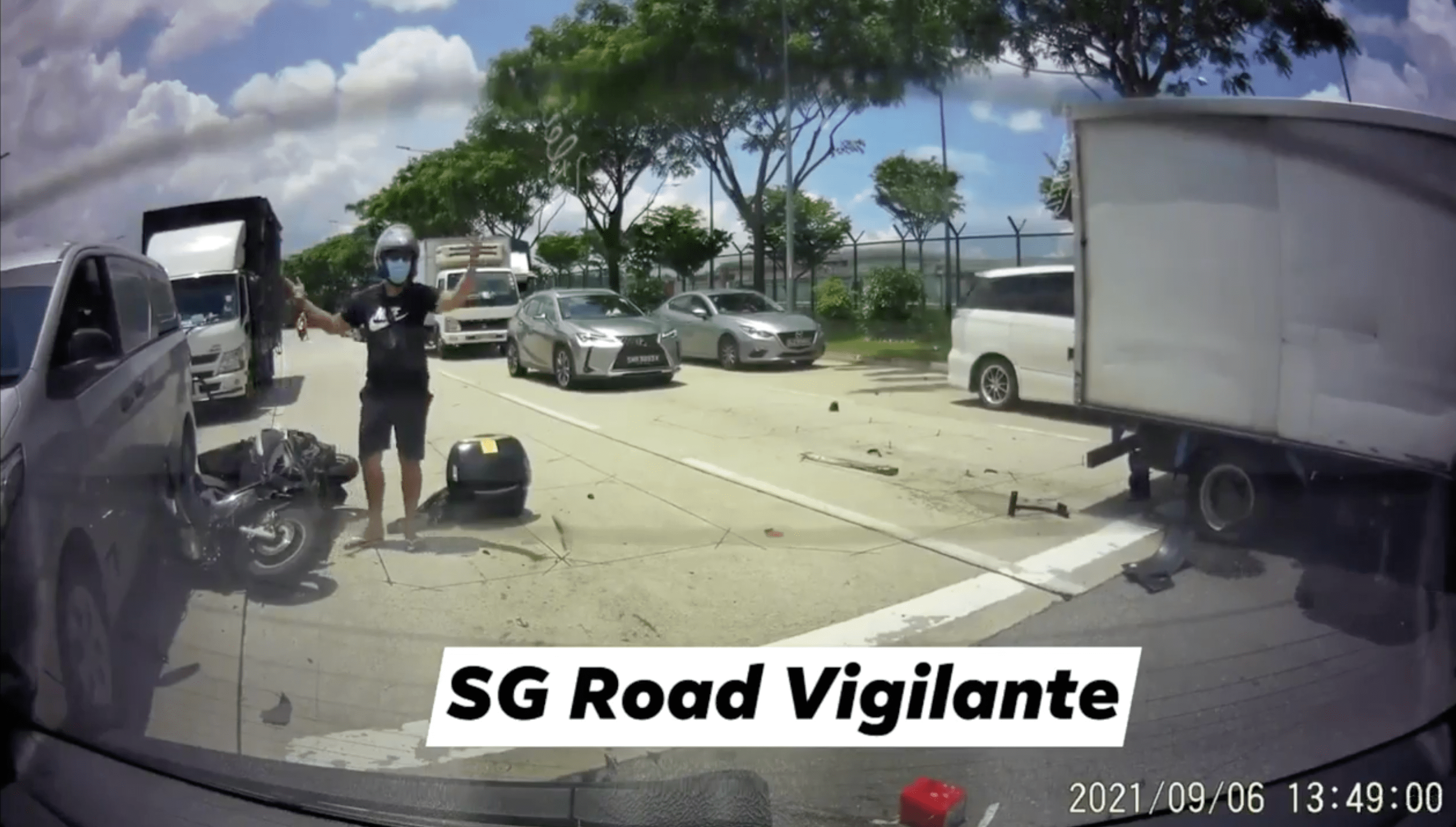 He then removed his helmet and walked towards the truck up ahead.

While the rider walked off-camera, other motorists got out of their vehicles to check on the wreckage.

Many netizens felt that the rider was extremely lucky to walk away from this accident, in a literal sense.

Some pointed out that his helmet had probably saved him from some serious injuries.

Many also conjectured that the truck’s brakes had failed at the time and the driver had tried his best to avoid colliding with the motorcyclist.

As of now, we’re unsure what caused the accident so it’s best not to speculate until investigations are complete.

Most importantly, we’re glad that the motorcyclist miraculously escaped seemingly unscathed from the accident.

Such incidents truly show us how important it is to be aware and vigilant, even of incoming vehicles, at all times on the road.