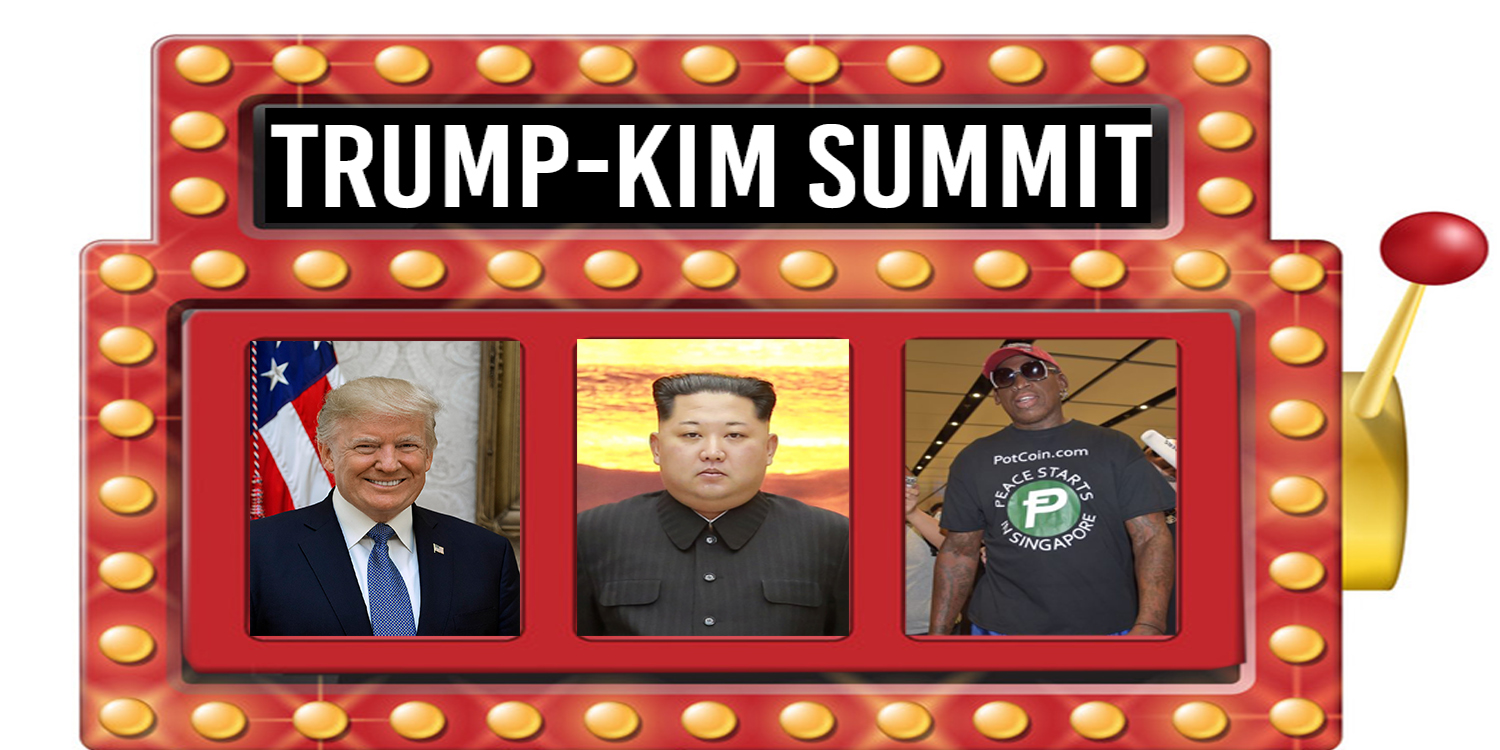 In every game, there are winners and losers.

Singapore bet $20 million on the summit, and we want to know the outcome of our gamble — who won, who lost, and whether the summit was worth the jaw-dropping price tag.

We have to crown Mr Kim a winner of the summit for four main reasons.

1. Mr Kim really didn’t concede anything during the summit.

There was nothing new: Mr Kim’s denuclearisation promise this time round was merely a “reaffirm[ation of] the April 27, 2018 Panmunjom Declaration”.

The words, the “DPRK commits to work toward complete denucleari[s]ation of the Korean Peninsula”, also don’t mean much.

North Korea has repeatedly given similar promises to abandon its nuclear programme since 1985.

But because parties never could agree on the verification process, these promises always amounted to nothing.

He really left them in the lurch when he sprang a US-is-going-to-stop-military-exercises-in-South Korea during a press conference in Singapore.

With consideration not characteristic of the man, Mr Trump said,

It really is something that I think [North Korea] very much appreciate[s].

By the way, policy makers in the US are hopping mad right now because of how easily their President signed such an important trump card away.

He can now claim to be a legitimate player in the international arena.

Previous US Presidents, including Mr Bill Clinton, Mr George Bush and Mr Barak Obama did not meet any of North Korea’s Supreme Leaders.

That’s because North Korea has always viewed a one-on-one meeting with a US President as a symbol of respect and legitimacy for the regime.

He made an American President fly to Singapore to meet him and got the US to stop its military exercises with the South.

Best of all, he got a free stay in the super atas Presidential Suite at The St. Regis in Singapore.

Plus, he had the extra cheek to bring his own toilet bowl. Hmmm…

Did he hide his toilet under the bed?
Source

Entry ticket to the Flower Dome at Gardens by the Bay to jalan jalan also not free leh.

South Korea’s plight as an ally and key stakeholder was massively tragic.

The military exercises are important because they are a symbol of the US’s commitment to South Korea’s defense.

Furthermore, South Korea worked so hard to bring about this summit.

And without prior warning, Mr Trump just cancelled the US military exercises in South Korea, post-summit.

At this moment, the meaning and intention of President Trump’s remarks requires more clear understanding.

On the fence: President of the USA, Mr Donald Trump

It’s nigh impossible to tell whether – to quote Mr Kim – this “dotard” will win or lose in the aftermath of the summit.

That’s because, Mr Trump has proven that he can win against the odds.

While he’s drawing a lot of flak from international media and US policy makers now for conceding too much. We think it’s too early as we’re not sure he’s lost.

You see, he’s so unconventional.

Others want things on paper, in black and white, unchanging. But he prefers fluidity.

Know what he did after signing the vague agreement at the summit?

He asked Mr Kim for a little favour,

I said: do me a favour. You have this missile engine testing site…I said can you close it up. He’s going to close it up.

And it’s not as if one meeting can solve all problems. The summit is like an ice-breaker in a huge relationship.

As Mr Trump has informed everyone, he’s a dealmaker who is meeting Mr Kim to know whether he is serious about a deal.

We gotta understand that instinctual gauge is his modus operandi.

The substantial agreements made at the summit cannot be the only benchmark for success.

Only time will tell whether Mr Trump’s unconventional methods will land everyone in a mess.

The greatest joy should come from Singaporeans.

Of course, some people are upset that we paid $20 million for security and logistics.

But think about it this way.

It’s hard to argue against the pride with which we saw these massive nations choose tiny Singapore as a venue for the summit because of our astuteness, capability and discipline.

We’ve come so far from the days of swamps and fishing boats.

And at such a high stakes event, amidst the global terror threat, we managed to prove ourselves again.

This really isn’t something that just anyone can pull off, and we ought to pat ourselves on the back for this.

And a bonus for us:

We literally reminded everyone that Singapore isn’t a province in China.

Neither is BBC News entitled to equate the entire Singapore with little Sentosa Island.

If there’s one thing to burst our bubble right now, it’s this.

It was pretty shameful that human rights took a backseat this time round.

And according to the United Nations, up to 120,000 inmates were held in North Korea’s four major political prisons in 2014.

None of these urgent problems were addressed during the summit.

This celebrity influencer was another one who managed a free holiday. He came on the pretext of supporting his friends, Mr Trump and Mr Kim.

If you haven’t already noticed, Mr Rodman arrived in Singapore with “PotCoin.com” emblazoned across his shirt.

His sponsored shirt and ‘Make America Great’ hat, definitely helped his other friend, PotCoin get a bit of publicity.

PotCoin is a cryptocurrency which specialises in providing banking methods to the legal marijuana industry in some states of America.

Was the summit worth the price?

For Singapore, that’s a definite yes at the moment.

We’re the only ones to rival Mr Kim in our victory, coz we always strive to come in first.

No regrets, as Singapore’s done our bit for peace, and benefited from the limelight.

Of course, we hope that the summit can be the first step to creating win-win situations for everyone in the future.

Featured image from The Weekly Standard, Wikipedia, VectorStock and Wikipedia.