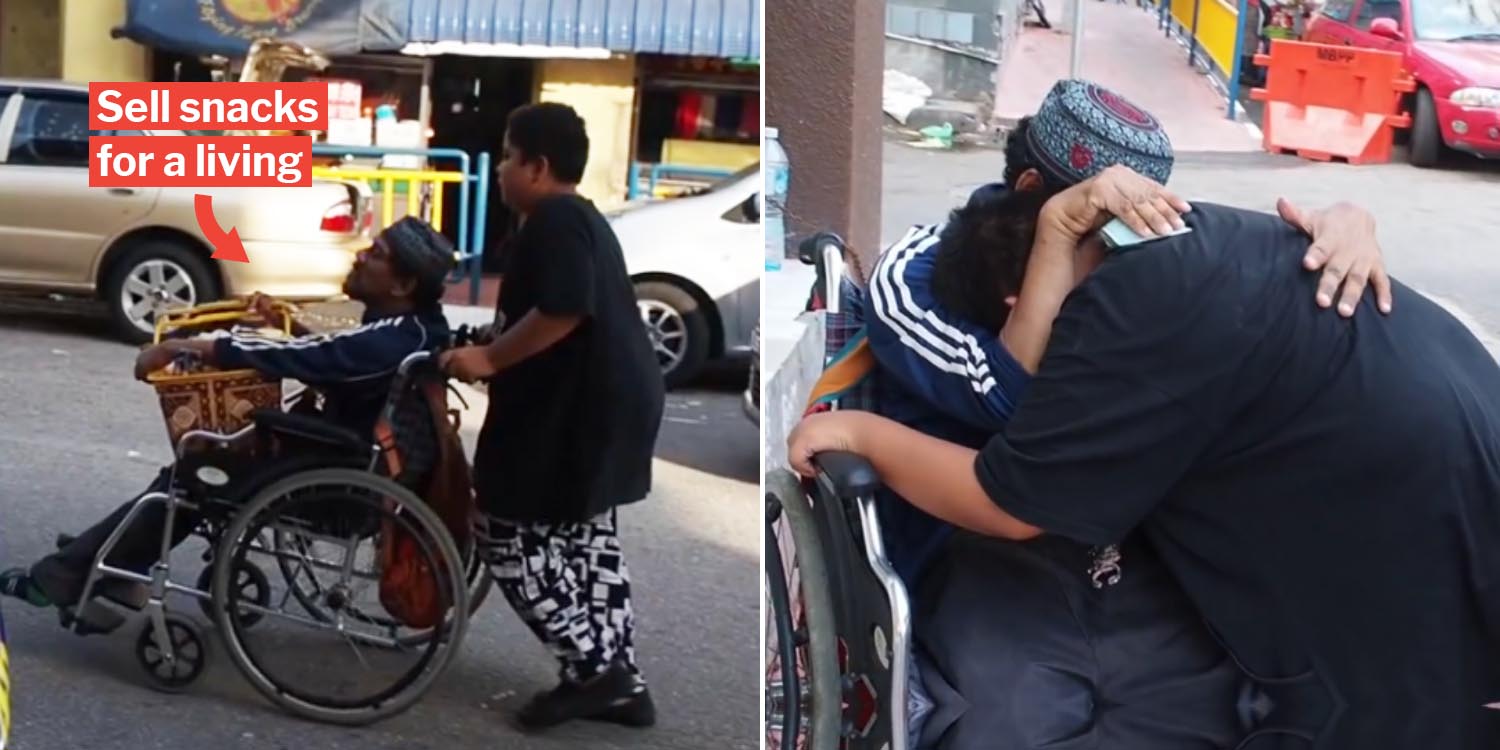 Acts of kindness, no matter how big or small, will always bring a smile to someone’s face.

A Malaysian YouTuber called Azfar Badrul, offered to purchase a whole basket of snacks from a wheelchair-bound man in Penang, Malaysia. He later shared the snacks around with passers-by. 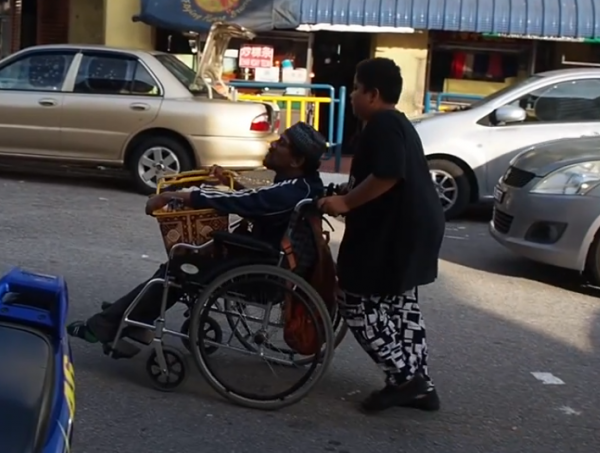 After passing out snacks, he returned to the uncle on the wheelchair, and passed him a bundle of notes amounting to S$163 (RM500) to help him and the small boy with their financial difficulties.

In the video, Mr Azfar can be seen approaching the wheelchair-bound uncle, who was accompanied by his 12-year-old nephew, selling some snacks that cost S$0.30-S$1 (RM1-RM3). 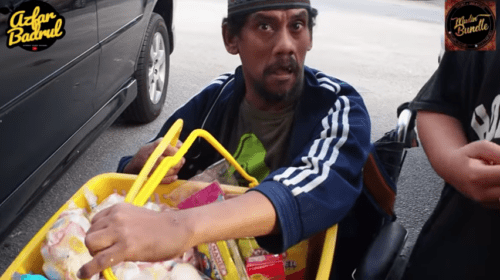 The uncle with his basket of snacks
Source

Mr Azfar tried passing them a small bundle of cash, which they kindly rejected as the uncle said that they were not seeking for donations.

He only wanted to earn money by selling snacks.

Upon hearing the duo’s determination, Mr Azfar made an offer to buy all of the snacks in the basket – amounting to S$19 (RM59) – which they both accepted in shock. 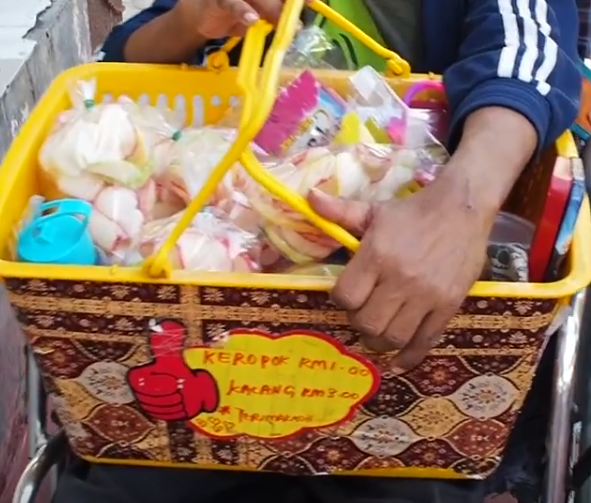 After purchasing the snacks, Mr Azfar walked around the nearby streets and distributed the snacks to passers-by, who thanked him for his act of kindness with warm smiles on their faces. 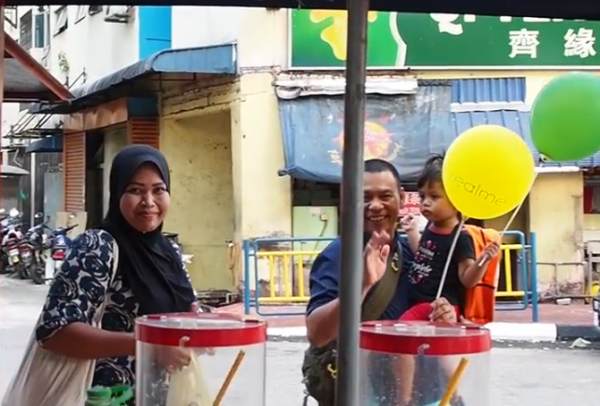 Just when the duo thought Mr Azfar was about to leave after distributing the snacks, the YouTuber whipped out a bundle of notes worth RM300 – amounting to around S$98 – to be given to the uncle.

Mr Azfar later revealed that a generous sponsor, Mudin Bundle, would like to offer him financial assistance as well. He handed over another RM200 – or S$65 – to the uncle. 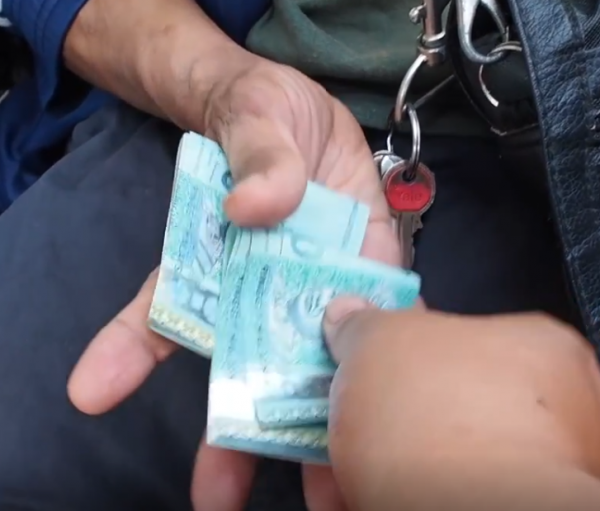 Touched and happy, both the uncle and nephew burst into tears. They cried and hugged each other, while Mr Azfar wished the uncle “an abundance of sustenance” and longevity. 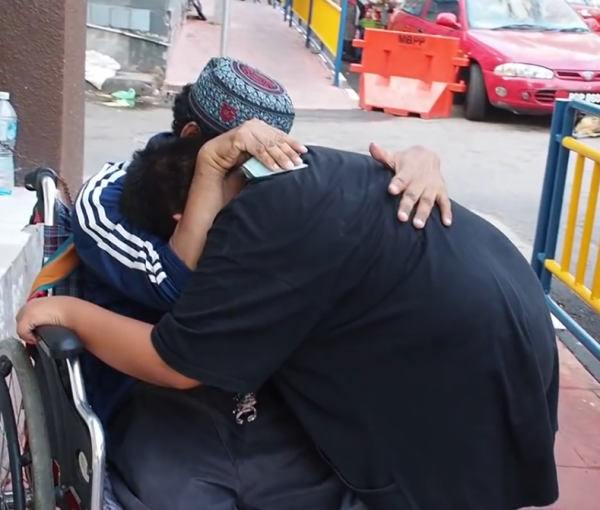 Simple acts like these shows us that the world is full of kindness and that everyone can play a part to make a stranger’s day better.

Kudos to the Mr Azfar for showing us how we can contribute to create a more giving society.