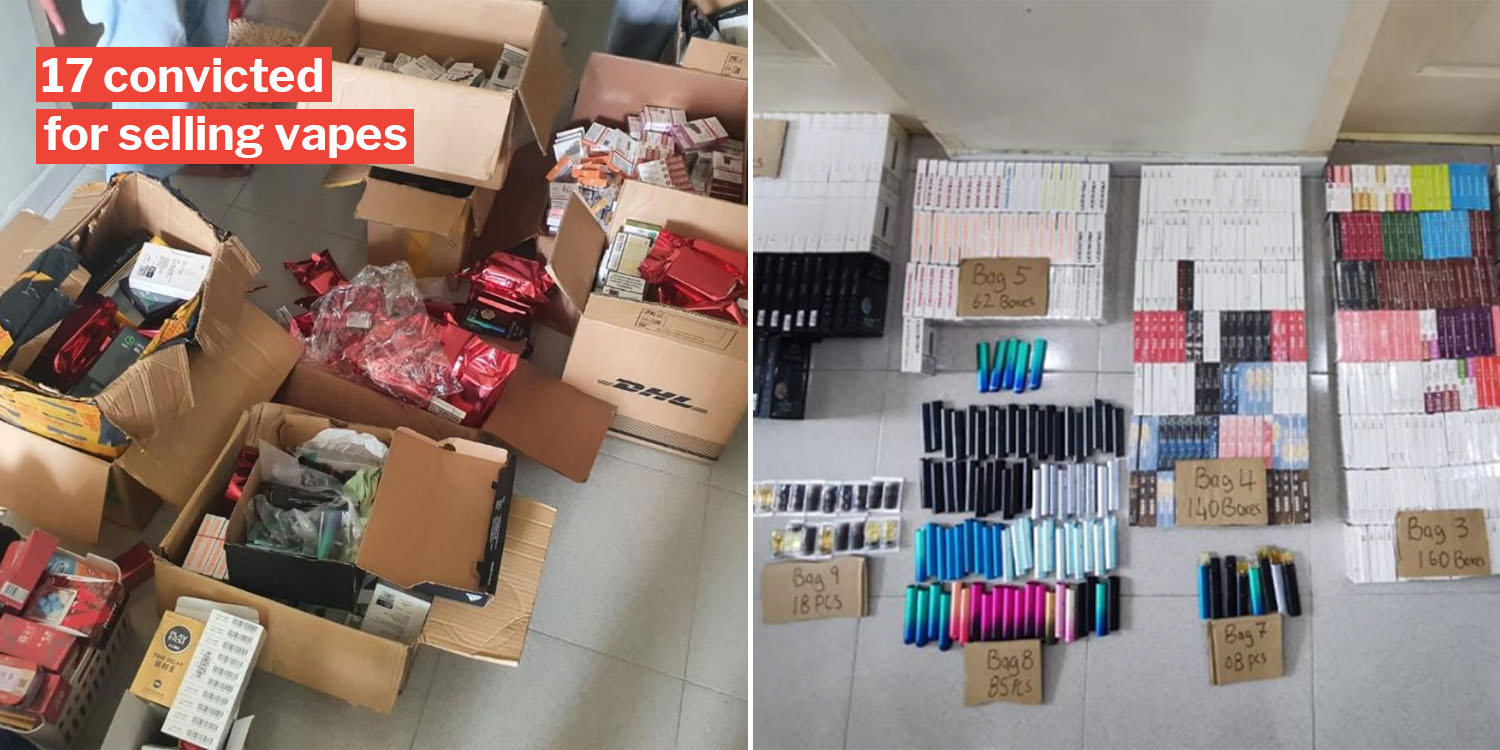 Between Feb 2022 and Aug 2022, 17 people have been prosecuted for selling e-vaporisers and their components in Singapore.

The convicted persons were aged between 20 and 39 and had bought e-vaporisers overseas to sell on social media or e-commerce platforms.

During this period, over S$170,000 worth of e-vaporisers and components were seized. On Monday (26 Sep), the Health Sciences Authority (HSA) said the convicted individuals were fined a total of S$114,500.

Five of the 17 individuals also received jail sentences ranging from 10 to 26 days.

Although she was not one of the five that originally received a jail sentence, 24-year-old Chelsea Tan Yan Qi was also jailed for 50 days.

This happened because she could not pay her hefty S$23,000 fine and had to default it to 50 days in prison. This was the highest fine amount dealt out by the authority.

According to HSA, Tan was caught selling e-vaporisers and related components on Telegram.

Her husband and employee had assisted her in this process.

HSA investigations revealed that Tan and her accomplices would rent a car to transport the e-vaporisers supplies from Johor Bahru (JB) to Singapore.

A couple of times, her Malaysia supplier would help in concealing the illegal products in the car’s door panels to evade detection.

HSA said her accomplices have also been dealt with separately.

Offenders sell vapes in Singapore on Instagram and Telegram

Among the offenders were also 21-year-old Benjamin Neo Song Ya and 23-year-old Lim Jing Jie.

Neo had reportedly provided Lim funds to purchase and import the e-vaporisers and components from overseas.

When the illegal products arrived in Singapore, they were stored at Neo’s residence.

During this time, the pair advertised and sold them to potential customers on Instagram and Telegram.

A previous young offender was also caught by HSA for repeating his offences during this period.

Back in 2018, 21-year-old Yang Jing Tao was caught selling e-vaporisers on Carousell.

At that time, he was given a conditional warning. Part of his conditions included refraining from any criminal conduct for 24 months.

However, between Aug 2019 and Sep 2019, he was caught importing e-vaporisers components.

Yang was prosecuted and placed under supervised probation for 12 months.

HSA reminds the public that under the Tobacco (Control of Advertisements and Sale) Act, it is an offence to sell, possess for sale, import, or distribute e-vaporisers and their related components. 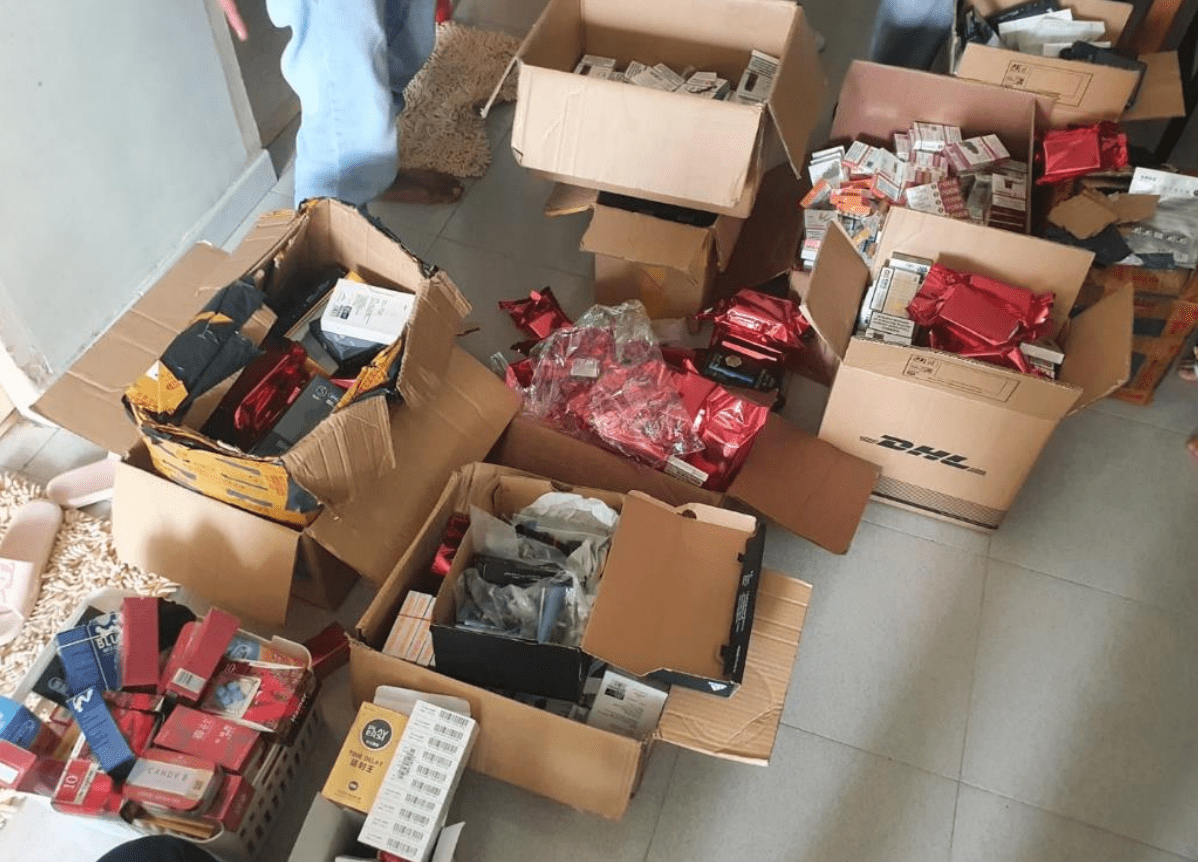 Individuals convicted are liable to a fine of up to S$10,000, imprisonment of up to six months, or both.

For subsequent offences, offenders can face a fine of up to S$20,000, imprisonment of up to 12 months, or both.

Since 1 Feb 2018, it has also been an offence to possess, purchase, or use e-vaporisers and their related components.

If convicted, offenders will face a fine of up to S$2,000 per offence.

70 people prosecuted for selling e-vaporisers between 2018 and 2021

From 2018 to 2021, HSA has prosecuted 70 people for selling e-vaporisers and their components.

HSA said they conduct active online surveillance and will continue to take strong enforcement actions against those selling such illegal products.

The authority also works closely with the Immigration and Checkpoints Authority (ICA) to monitor and stop these illegal imports.

HSA also warns the public not to purchase or bring e-vaporisers and their components into Singapore.

For more information on the prohibition of e-vaporisers in Singapore, do visit HSA’s website here.