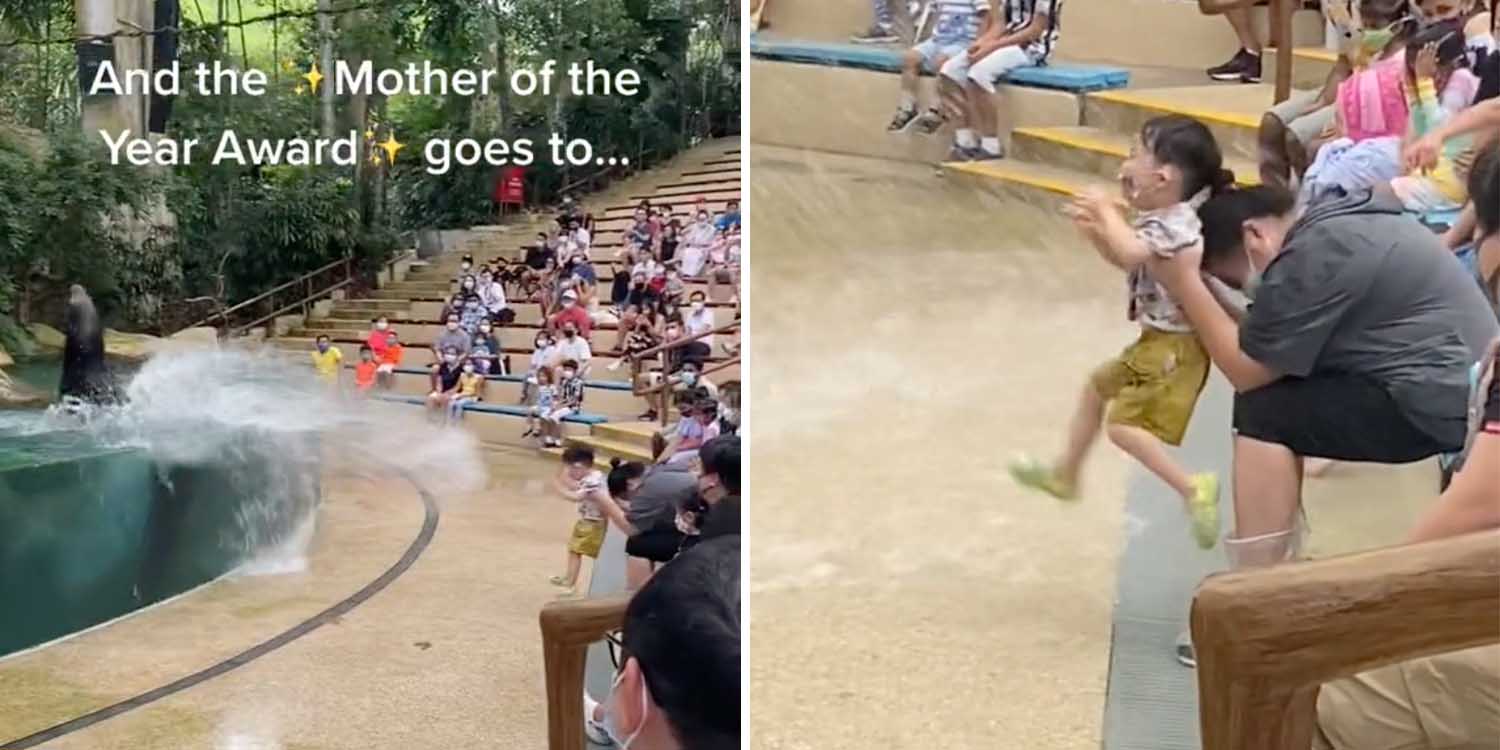 Mum & Son Get Splashed By Water At Singapore Zoo

Since the pandemic began, many of us have been revisiting all that Singapore has to offer, including our world-renowned zoo.

On Sunday (16 Jan), a TikToker shared a video of a mother and son at the Splash Safari Show in Singapore Zoo, where sea lions like to show off by giving audiences a splashin’ good time—literally.

But instead of letting herself get drenched, the mother uses her son as an adorable little umbrella, shielding herself from the splashes.

Much like the audience at the show, netizens were very amused watching the mother.

In the TikTok video shared on Sunday (16 Jan) night, an animal trainer gave directions to a sea lion during the Splash Safari Show at the Singapore Zoo.

The sea lion then happily started turning rounds, using his flipper to splash water at the audience.

We’re soon shown why the TikToker captioned the video “And the Mother of the Year Award goes to…” as the video pans over to reveal a mother-and-son duo.

They were seated right in front of the sea lion, at the first row of the splash zone. 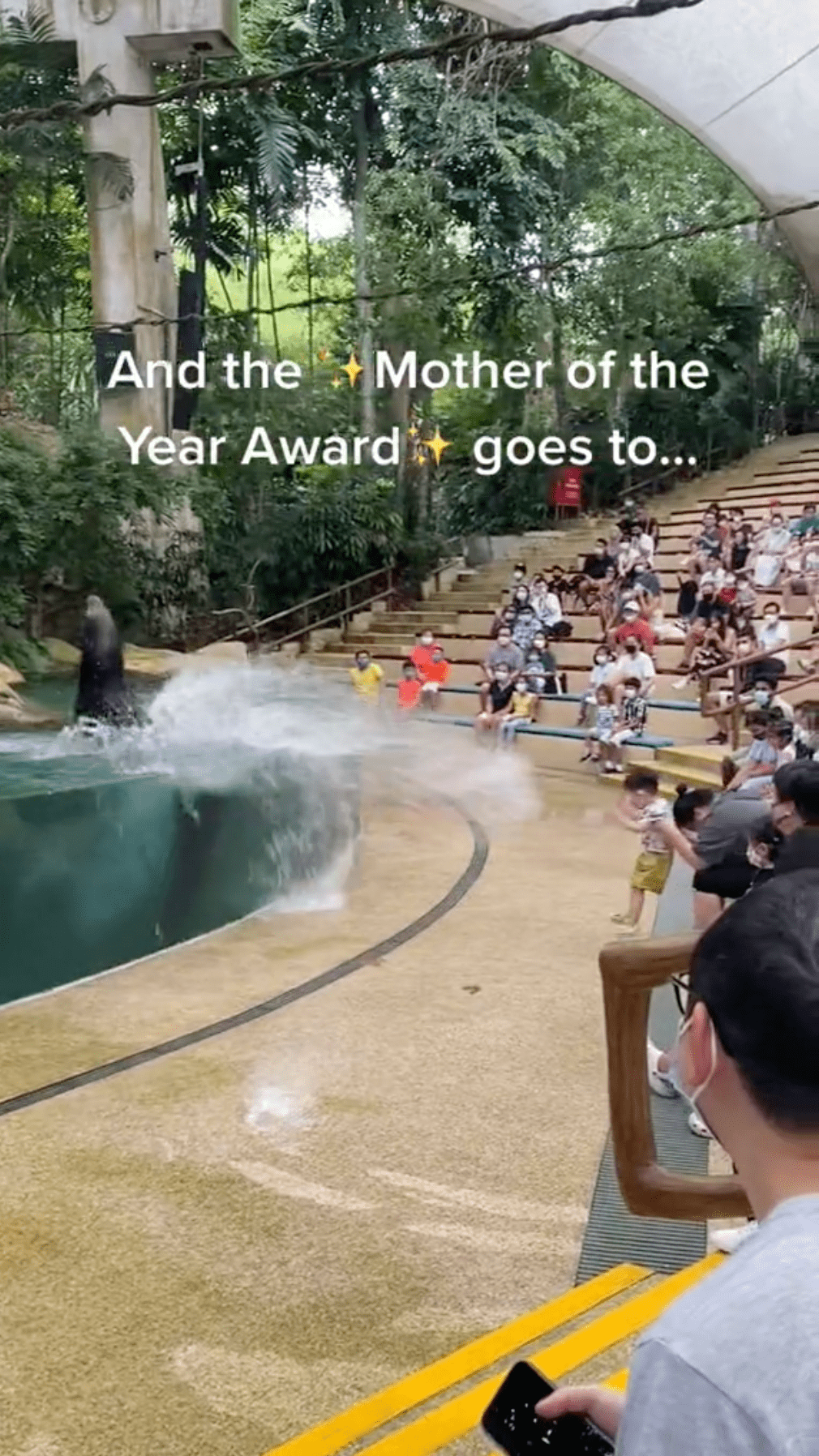 The mother was seen holding her toddler son up, offering him as “tribute” to shield herself from the splashes of water coming their way.

Her son wriggled and kicked around as he wiped the water off his face.

The toddler got soaked, much to the amusement of the audience. Some could even be seen pointing and laughing at the moment.

Netizens joke that boy is an expensive umbrella

Netizens found the sight of the mother shielding herself adorably hilarious. Some thought it was amusing as the child probably insisted on sitting near the sea lions.

Others said it was a win-win situation as the boy seemed to love the water.

This netizen even joked that the boy was the world’s “most expensive umbrella”. Another netizen quipped that it even took the mother 9 months to ship. 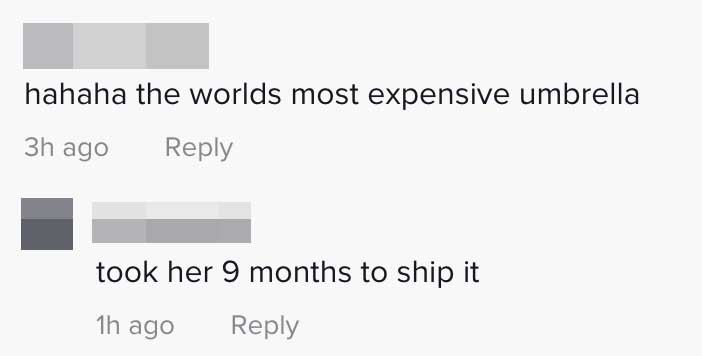 This incident was certainly a funny and endearing moment between the mother and her son.

Visiting the Singapore Zoo with family as a young child and watching such shows is a treasured memory many Singaporeans share.

It is heartwarming to see how the zoo continues to be a place of joy and laughter for many families throughout the years and, hopefully, for many more to come.