Some started queueing as early as 2am.

As the rain poured down on the first day of Chinese New Year, over a thousand devotees stood in line to seek blessings at Kwan Im Thong Hood Cho Temple. 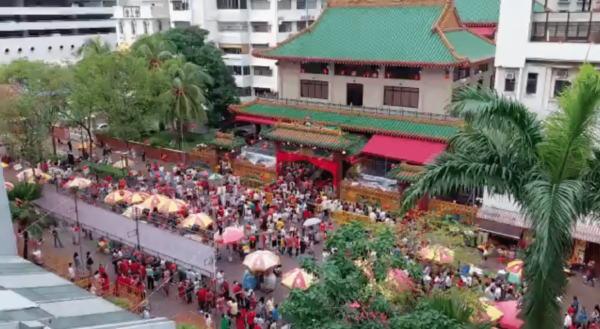 Although the temple only opened its doors at 7am,  people were queueing up outside the temple from as early as 2am in hopes of offering their first incense for the Year of the Rabbit.

According to Shin Min Daily News, this was the biggest crowd the temple saw in 40 years.

Devotees started queueing as early as 2am

For the past two years, Kwan Im Thong Hood Cho Temple remained closed on the first day of the Chinese New Year.

After the long hiatus, devotees were eager to return to worshipping at the temple again during the festive season.

People started waiting outside the temple as early as 2am on Sunday (22 Jan).

From 5am, queues began forming as many stood in line to offer up their first incense of the Lunar New Year. 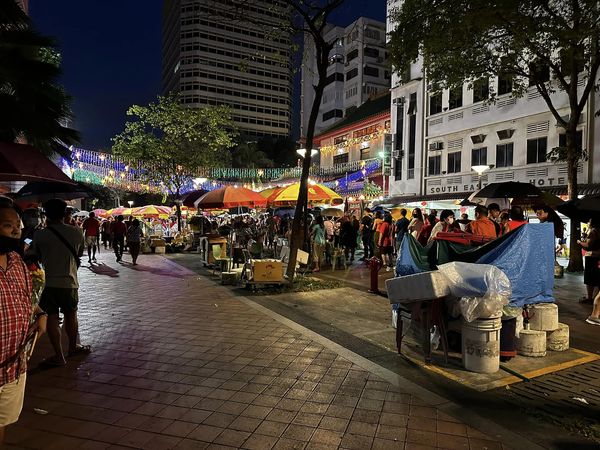 8world News reported that when the temple opened at 7am, about 200 people were waiting in line.

Rain started pouring shortly after, but the devotees stood undeterred, holding onto their umbrellas as they awaited their turn. 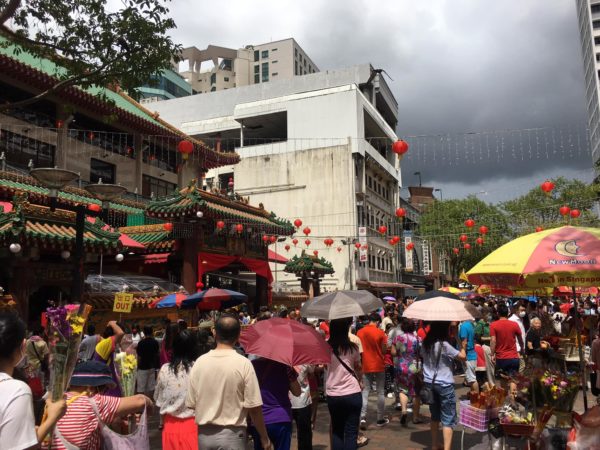 Thankfully, the downpour did not persist for long. The sky eventually brightened after an hour, with more devotees turning up at the temple.

By 8am, there were estimated to be over a thousand people in line. 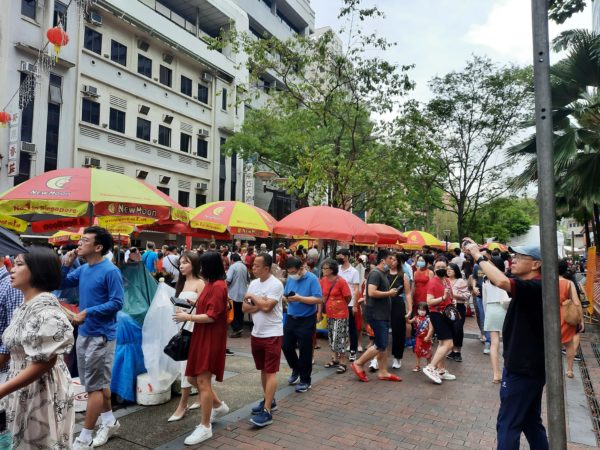 Mr Zheng, who arrived at the temple at 5am, said he used to visit the temple every Chinese New Year with his father.

Although his father had passed a few years back, he continued the tradition, and every year, he would pray for his family.

Crowds are a common sight at Kwan Im Thong Hood Cho Temple every Chinese New Year, but the crowd was especially big this year.

Speaking to Shin Min Daily News, Mr Lu, a pushcart stall owner selling flowers outside the temple, said when he opened for business at 6am, there were hundreds of people in line.

This was the first time he had seen such large crowds during Chinese New Year since he started working there when he was 18.

Several other flower pushcart stall owners concurred with Mr Lu. One shared that there was already a queue when she arrived.

8world News reported that the temple staff repeatedly reminded devotees to move in an orderly fashion and not to rush. And despite the long lines and huge crowds, some shared that order was maintained well and the queue moved quickly.