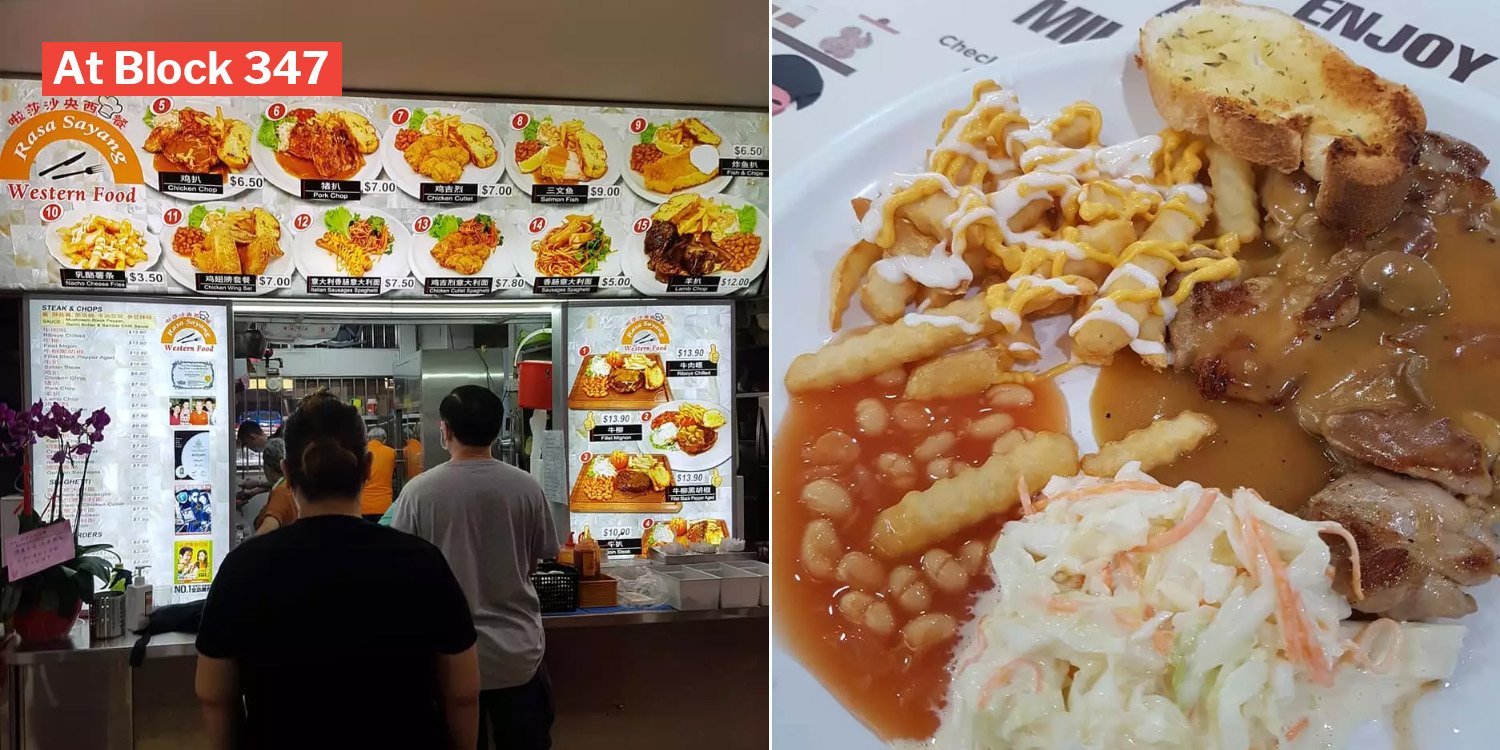 Those who’ve lived in Ang Mo Kio for awhile may fondly remember eating out at the S-11 hawker centre in AMK central, with its variety of good food.

One of its more famous stalls was Rasa Sayang Western Food, which would attract long queues for its delights, including juicy chicken chop with mushroom gravy, crispy chicken cutlet and yummy garlic bread. However, the stall changed hands a few years ago, and the new one hasn’t seemed to elicit the same affection.

To the delight of AMK residents and foodies across Singapore, the original owners have reopened a new stall just a stone’s throw away from the old one. 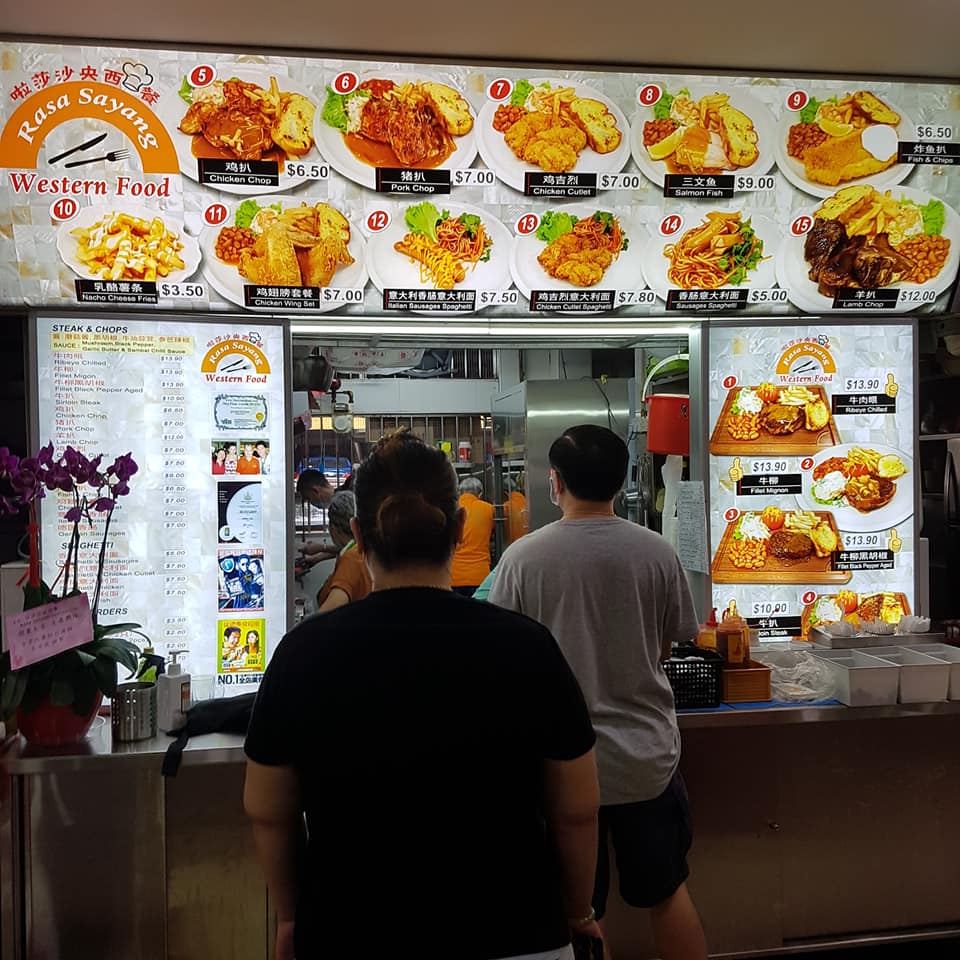 Even before it reopened, the good news spread, and it reportedly sold out at 7pm on the 1st day.

Rasa Sayang was at Block 711 for more than 20 years

Before the move, Rasa Sayang was at Block 711 AMK Central. 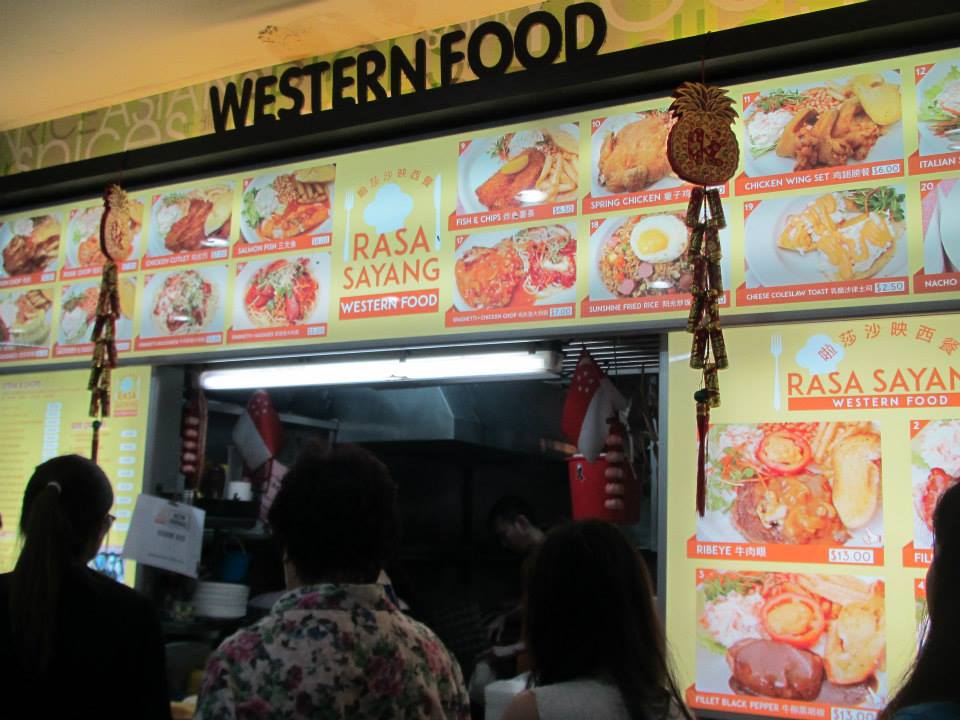 The place was better known as the S-11 hawker centre. 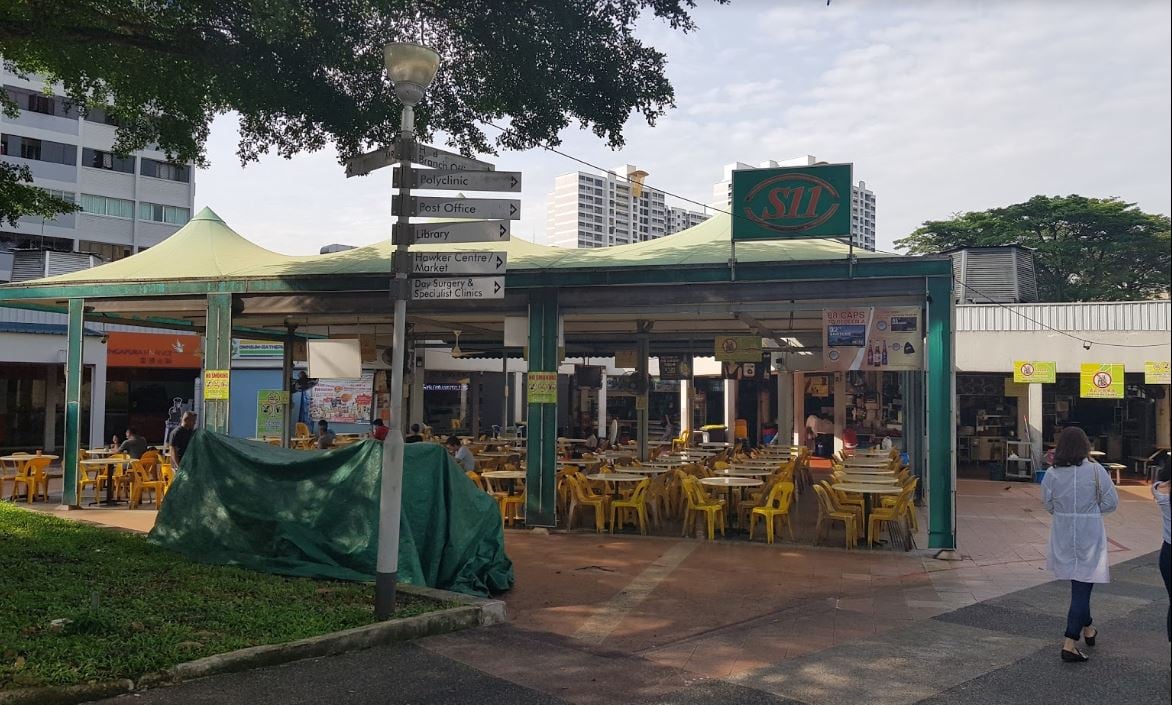 According to a netizen, he remembers that the stall was there for more than 20 years.

When it changed hands, fans must have been sad, as it seemed that yet another local hawker institution had vanished.

Thus, when a netizen posted a photo of a stall with a familiar name in the Heritage Singapore Food Facebook group, it caused some excitement. 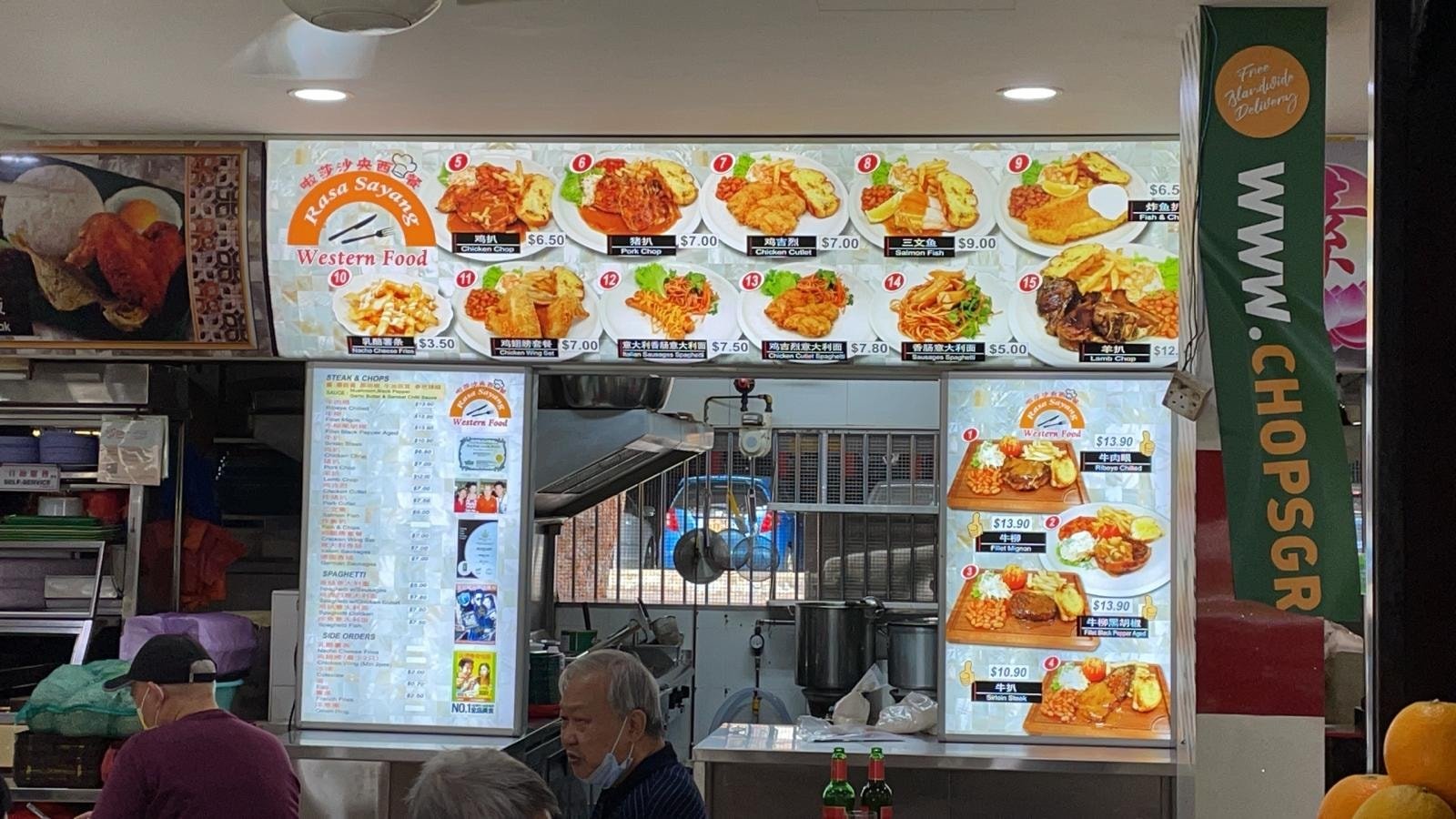 Even though the Facebook post last Thursday (21 Jan) was made before the stall had officially opened, eagle-eyed netizens recognised the uncle sitting in front of it. One of the food sleuths said the uncle also used to work at the Rasa Sayang stall in S-11.

It’s amazing how strong people’s memories are when it comes to food. Other netizens also confirmed that the same uncle was taking orders at the old stall. 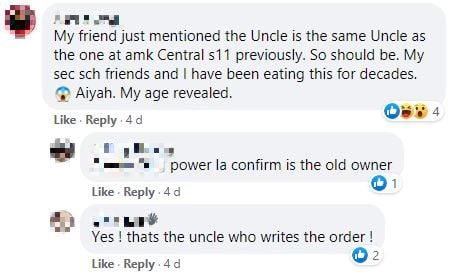 It turns out that the new location of the stall is at AMK Block 347, just a stone’s throw away from the previous location at Block 711. 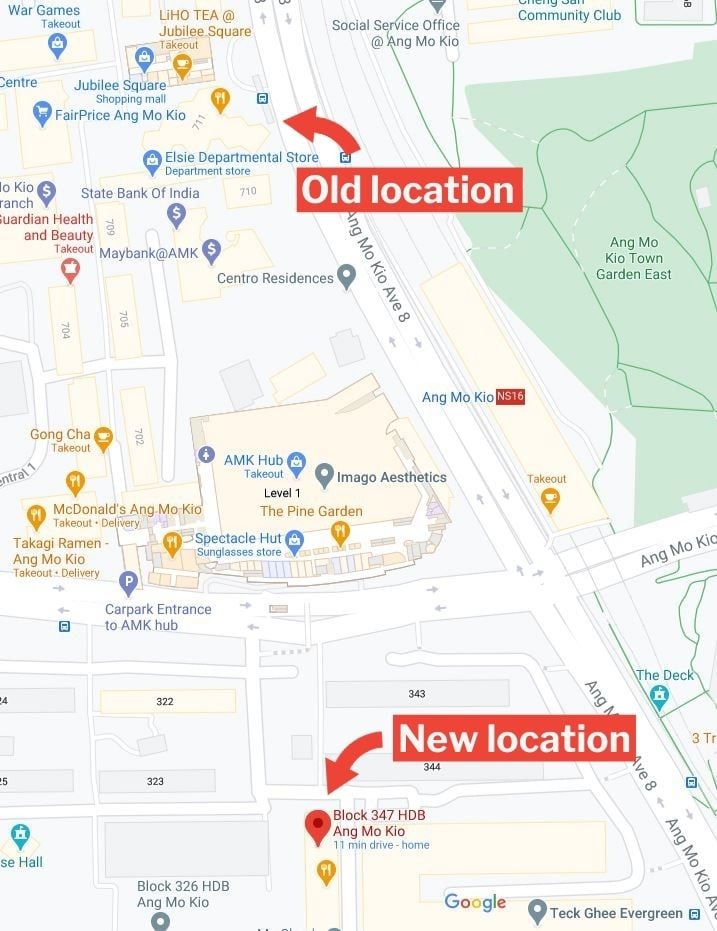 From the map, we can see that it’s a short walk from the carpark that’s opposite AMK Hub.

Now that it’s established that it’s the same stall, and the location is nearby, foodies started wondering when it would open for real.

They got their answer when a man, who said the stall was opened by his family, replied that it would open on Sunday (24 Jan). 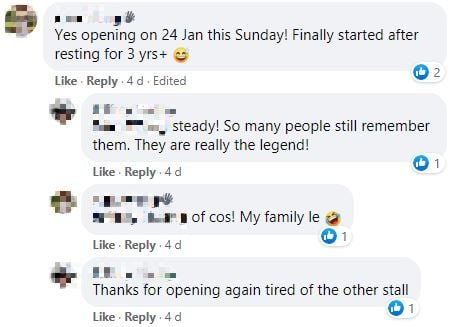 He also revealed that they’ve been resting for more than 3 years.

As expected, the queues were long on opening day, at least according to photos shared by eager netizens who thronged the stall. 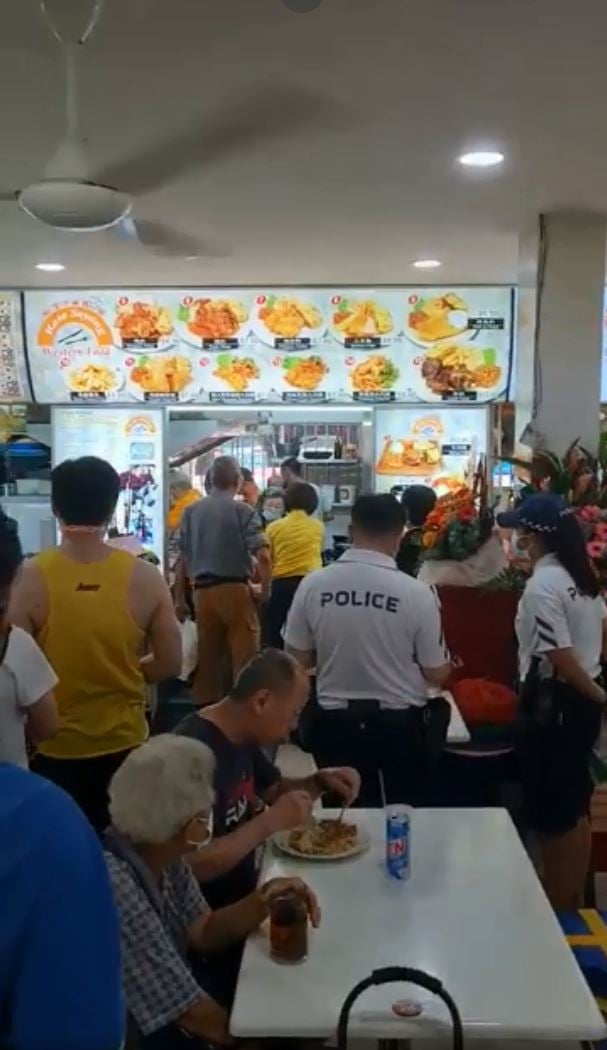 Within 2 days of reopening, reviews were out, and they were positive indeed.

It seems that one of the signatures that’s still around is the mega chicken cutlet with garlic butter aroma, which is crispy on the outside and juicy on the inside.

Unfortunately, those who don’t live or work near AMK will probably have to come down really early to get a taste.

A netizen shared on Monday (25 Jan), the 2nd day of reopening, that the stall was sold out at 7pm on the 1st day. 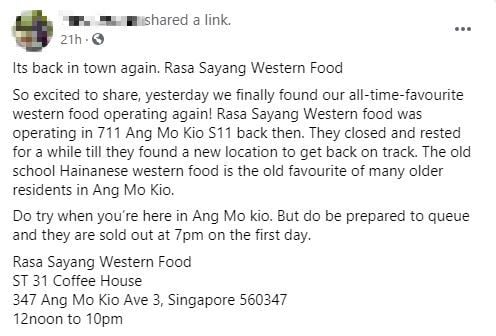 We feel for this netizen, who came down all the way from Bedok only to possibly be disappointed.

Those who’re nostalgic enough to brave the queues, head to Rasa Sayang’s new location for the old-school taste of local western food.

A beloved stall comes back to us

Though Singaporeans can sometimes be considered to be pragmatic and boring, get them talking about their favourite hawker food stalls and their passion comes to the fore.

That’s why when our beloved local hawkers shut down for good, we’re usually devastated.

Conversely, when a stall we believed to be long-gone suddenly comes back to us, it’s as if the dark clouds have parted and the heavens are smiling down at us.

Amid these uncertain times, it’s a comfort that can’t be underestimated.