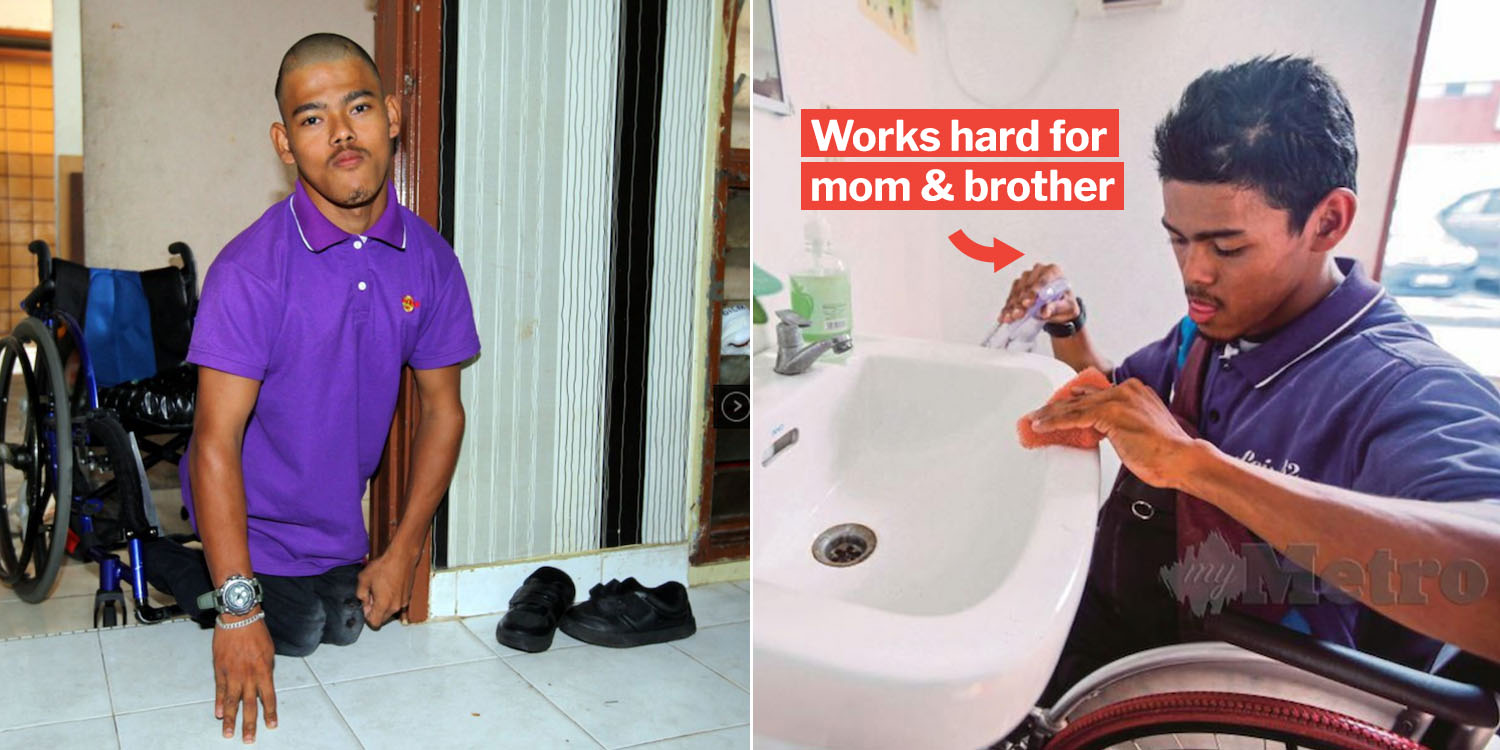 How far will you go to provide for your family?

A wheelchair-bound Malaysian – Muhammad Helmi Firdaus Abdul Halid – acts as his family’s breadwinner at just 22 years old. He was diagnosed with Hydrocephalus, a condition in which fluid abnormally accumulates in the brain. Muhammad Helmi’s story of relentless resilience and hard work reminds many of us to be grateful for the blessings that we have.

The long trek to work

Helmi is diagnosed with Hydrocephalus, where excess cerebrospinal fluid (CSF) builds up within the ventricles of the brain.

To make a living, he works as a cleaner and caretaker of public toilets at Puchong Perdana LRT station in Selangor. 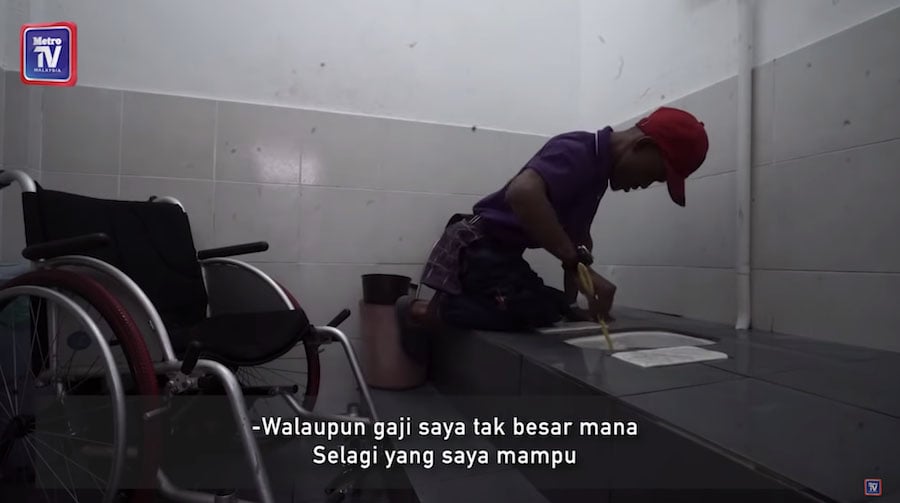 Unlike most of us, Helmi begins his day pushing his wheelchair for 4km towards Bandar Kinrara LRT station from 5am. Scrap metals and tin cans are a good source of income so he picks them up on the way to work.

Since he wakes up at the crack of dawn, the streets aren’t always safe.

He tells World of Buzz,

I used to leave my house as early as 4am, but after I had gotten robbed and beaten up, I no longer dare to go out that early.

Not only did he sustain injuries, but he also had to use his meagre savings to replace his damaged wheelchair.

From 7.30am to 6pm, he works relentlessly on cleaning and polishing the public sinks and toilets. 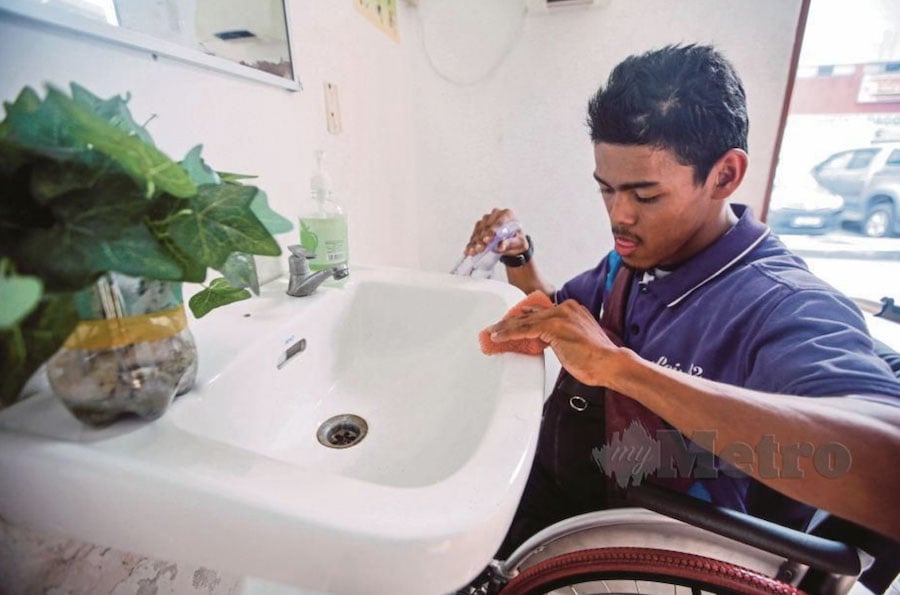 The trek back home can be difficult so when the labour gets hard, he spends the night in a storeroom near the toilet.

Sometimes, I would eat one meal a day. When my pocket is empty, I’ll just drink water.

Despite his disability, Helmi has to act as the family breadwinner to survive.

His mother helped him sell kuih but she had to stop due to heart and kidney problems. Meanwhile, his brother has autism and is unable to work. 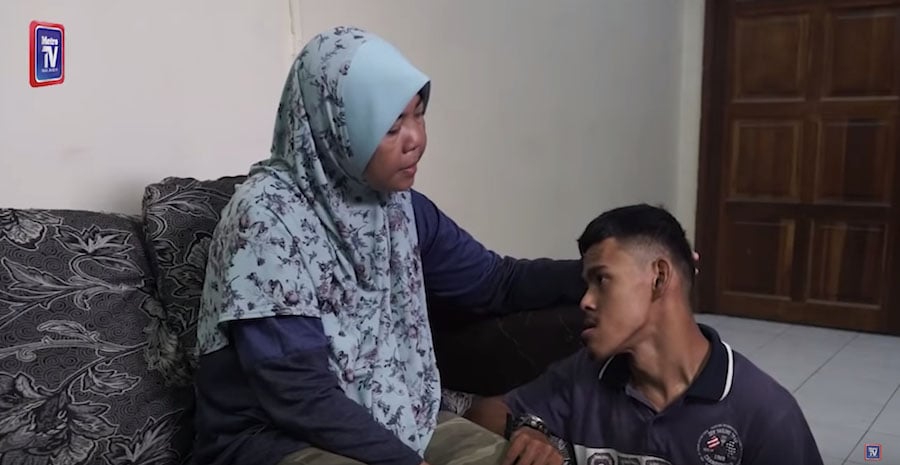 Life dealt Helmi with a bad hand but he didn’t let it stop him.

Helmi is a stubborn child. If he wants to make a living to help the family, he will do so no matter what challenges he faces.

She adds that Helmi doesn’t hope for public sympathy to provide for them. When he was robbed, he did not tell his mother because he did not want her to worry.

Appreciate what we have in life

Helmi’s story reminds us to be grateful for what we have.

He has faced insurmountable challenges that may be a lot greater than our own. Generous locals touched by Helmi’s story can give him a small donation.

Interested donors may contact Hasazila Mohamed Hashim (Helmi’s mother) at +6011-6194 7550. Their banking details can be found at the bottom of this article here.

How has Helmi’s story inspired you to face life’s challenges? Let us know in the comments.