With everyone rushing to complete their daily routines in Singapore, drivers who go the extra mile to wait although a queue has been cut are extremely rare.

Although there’s a well-respected queue system for the few parking lots available in our malls, a kind driver’s decision to allow a white Mercedes to ‘cut’ the line was captured in a viral video posted on Friday (3 Jan). 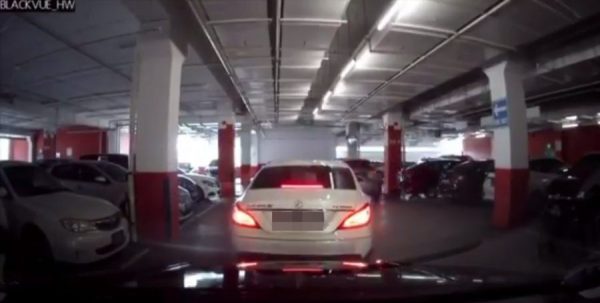 The video begins showing a white car that appears to be a Mercedes cutting in front of the line.

Suddenly pulling into a reverse, the white Mercedes then appears to ‘force’ the car behind to reverse as well — presumably in order to avoid a collision.

After successfully claiming the parking lot, a man appears to have exited the Mercedes.

The video captions claim the man apparently made “gestures” to the dashcam owner, going on to claim that since his family was “nearer”, they “deserved” the slot. 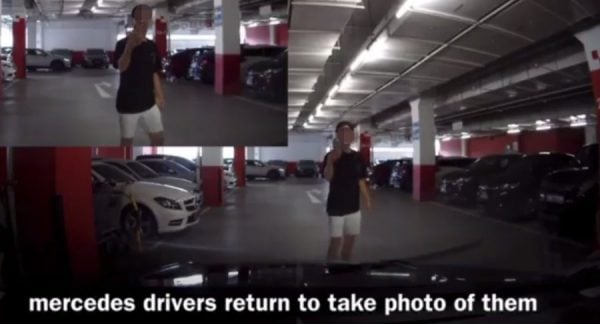 Although the act of ‘cutting queue’ may rile up other drivers, the dashcam’s owner decides to calmly wait for the Mercedes to park in the slot in question.

According to the caption, the dashcam’s car had allegedly been waiting for “the last 10 plus minutes” for the coveted parking lot. 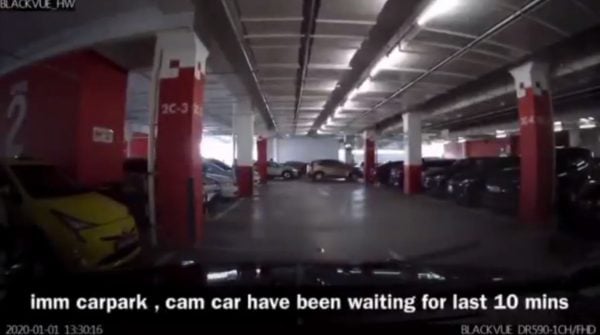 To put this in context, IMM‘s carpark is usually pretty full due to lunch crowds.

Since the event unfolded on 1 Jan, at around 1.30pm we do hope the dashcam’s owner managed to secure a parking lot soon after the incident.

Many netizens applauded the gracious dashcam driver for allowing the Mercedes to park in the lot.

Others criticised the white car’s driver for being impatient and not adhering to the unspoken rules of Singapore’s queuing culture.

Tolerance is difficult, but could go a long way

Rather than escalate the situation, we’re glad that the dashcam’s owner decided to take the high road by calmly dealing with the situation.

Although the car didn’t deserve to be delayed since the owner had followed the rules of waiting patiently for a spot, we can try to avoid unnecessary conflict with those who are inconsiderate.

Let this be a reminder to all of us that kind drivers do exist on our roads. And a word of caution to the white Mercedes’ driver — cutting any queue is strictly frowned upon in Singapore.

It’s simply not how we do things. If this develops into a pattern or habit, the next time might not go as smoothly as intended.